From Ducks to a Dynasty: Yankees Draft Stevens Ace, a Star on Field and in Business Classes 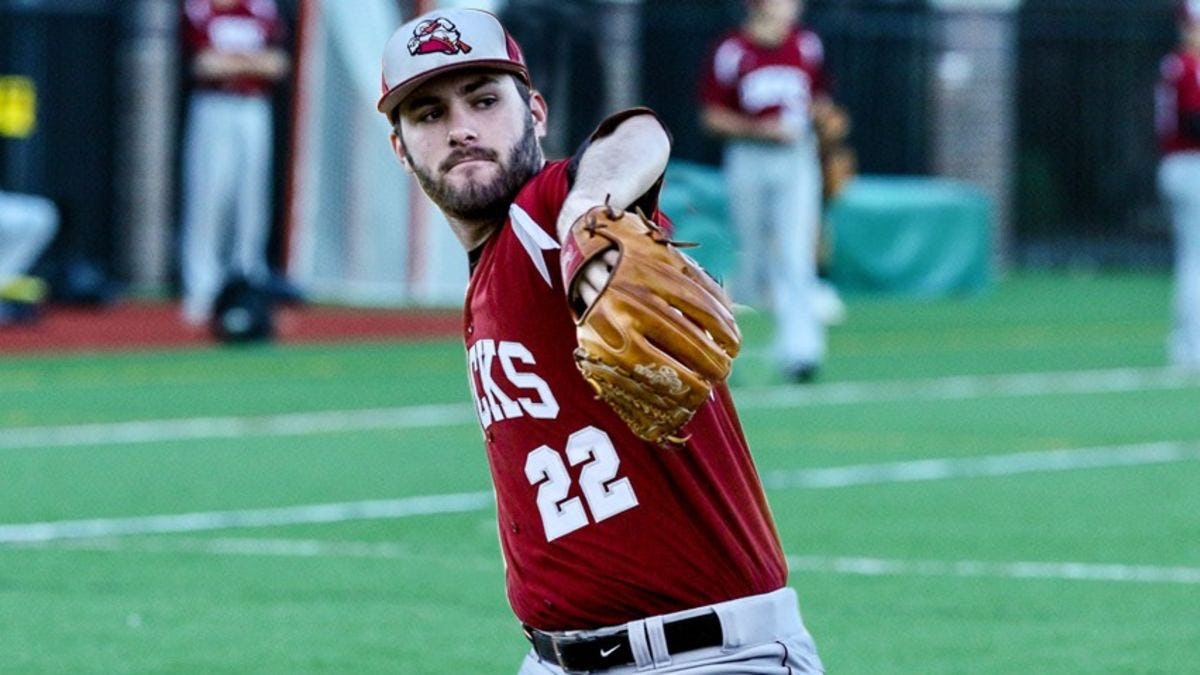 Despite being drafted by the Yankees, Charlie Ruegger says finishing his Quantitative Finance degree is important to him: 'I want to be able to move right into the business world' when his baseball career ends.

Quantitative Finance Major Eager to Prove Himself as a Pro, But Says Finishing His Degree a Top Priority

Ask Charlie Ruegger about the phone call he got from the New York Yankees about being selected by the team in the 2018 Major League Baseball draft, and you get the sort of response you’d expect anywhere — shock, surprise, disbelief.

But when Ruegger uses words like those to describe being drafted in early June, it’s a little different from other players’ experiences. Ruegger is a junior in the Quantitative Finance program at the School of Business at Stevens Institute of Technology — so his coursework is all about business, computer science, math and statistics, including probability.

In other words, he knows the long odds of an NCAA player getting drafted, let alone making it to the show. The most generous statisticians say a boy playing in high school has less than 1 percent chance of being selected; only one other player from Stevens has ever been picked in the draft.

“I was shocked. It was so surreal that a kid from a small town, from a small program, could get drafted,” Ruegger said.

It all started on a T-ball team in Livingston, N.J., where Ruegger got his first taste of the diamond before his family moved to Morris County and he discovered pitching. He was a standout on the mound at Whippany Park High School, but wasn’t heavily recruited by big-time athletics colleges.

Moving from high school to college, the biggest focus for me — and for my family — was academics, so I was already looking at Stevens.
Charlie Ruegger '19

As it turned out, Stevens was a perfect match for Ruegger, who was just as interested in an academic challenge as an athletic one.

“Moving from high school to college, the biggest focus for me — and for my family — was academics, so I was already looking at Stevens” he said. “But when I visited and spoke with coach Kristaps Aldins, I saw that I had a real opportunity to continue playing baseball at a high level.”

Upon arriving at Stevens, Ruegger strove to make a mark in the classroom. Growing up, he was always fascinated by technology, and after taking courses in business and computer science in high school, he decided to pursue the Quantitative Finance degree.

“QF was a perfect fit for me,” he said. “I liked my general business classes, but the finance courses I took were very interesting to me. And the combination of finance and computer science was really appealing, because it goes beyond the kind of general finance degree you can get anywhere.”

On the field, meanwhile, Ruegger got a taste of just how hard it could be to advance beyond the NCAA level.

“Coming in as a freshman, we had some senior guys who were really good, a ton of accolades, really great players,” he said. “And at the end of the season, to see those guys not get drafted was a real eye-opener as to how hard it is to make that next level, no matter your ability.”

The coaching staff saw a lot of potential in Ruegger, though, encouraging him to play in high-level summer leagues — he spent his summer pitching for the Wisconsin Rapids Rafters in the prestigious Northwoods League — “and in competing against those other guys, I was able to feel as though I could compete against anybody.” 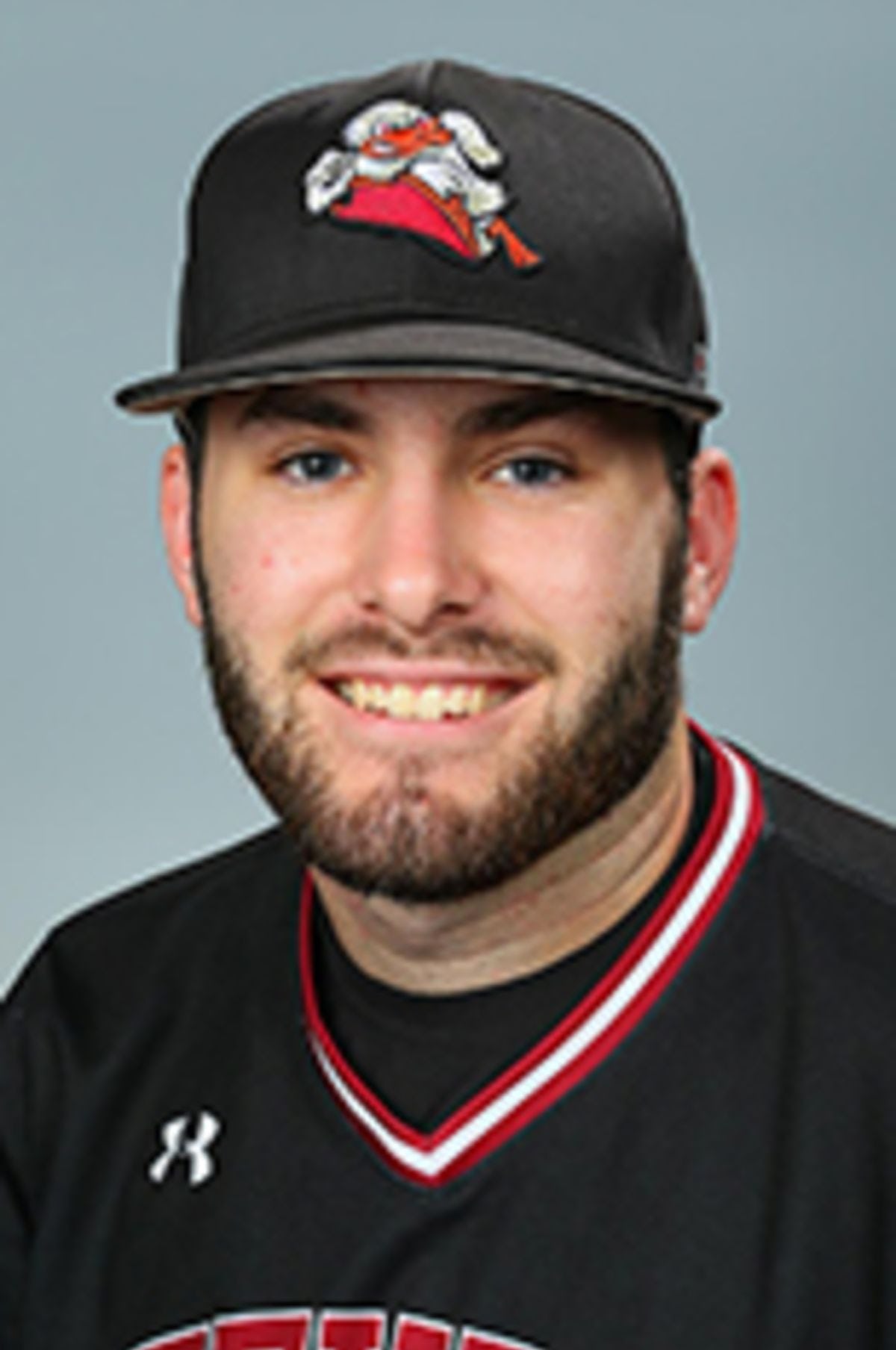 Coach Aldins called Ruegger, the first Stevens player drafted in 45 years, a hard worker on and off the field.

“I know that his best is still yet to come,” Aldins said.

Aldins also helped Ruegger prepare for the professional scouts who traveled to Dobbleaar Field to watch the Ducks and their star pitcher in action. With an 8-2 record and Pitcher of the Year honors in the Empire 8 Conference, Ruegger attracted a crowd as the spring wore on.

“I learned to not overthink or try to do something I wouldn’t ordinarily do just because scouts are watching,” he said. “You have to stay within yourself and keep your focus.”

Now that he's signed an entry-level contract with the Yankees, his next step is figuring out where he fits into the organization's plans. And while that means postponing his studies, he said completing his Stevens degree remains a top priority for him.

“The professional minor-league life can be long and taxing,” Ruegger said. “It’s important to me that, when the time is right, I can walk away from playing baseball and be able to move right into the business world.”