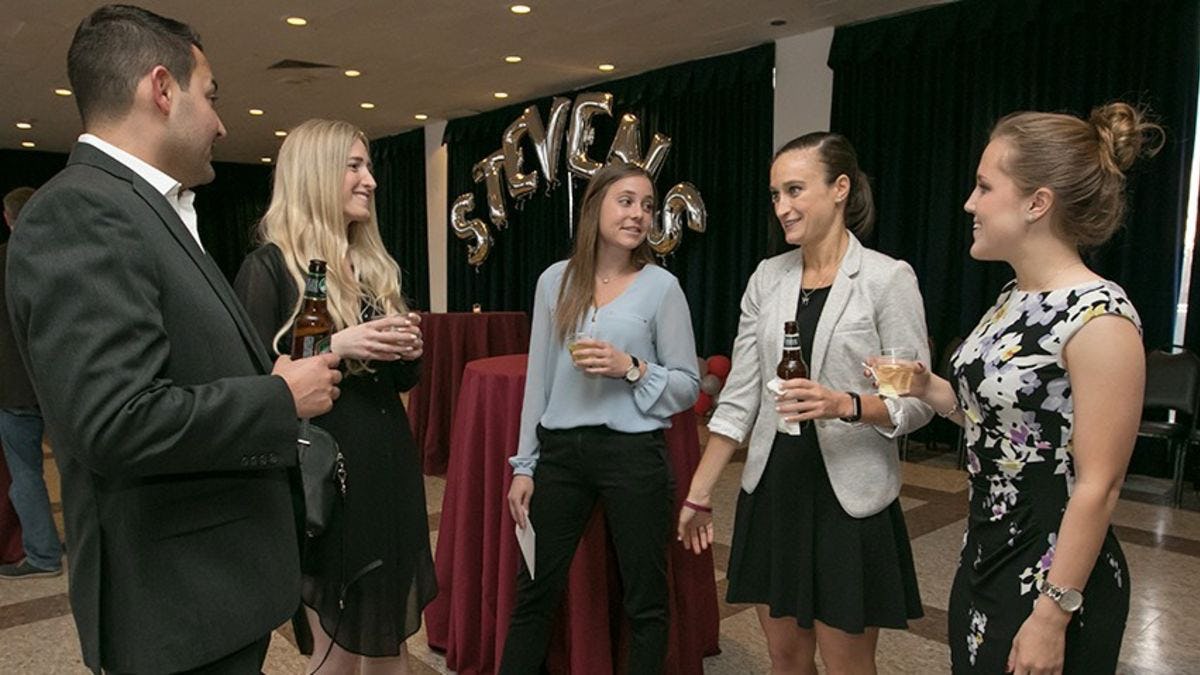 The School of Business at Stevens Institute of Technology only welcomed its inaugural class of Beta Gamma Sigma students a year ago, but the group already is poised to create impact far beyond the university’s Hoboken campus.

In his remarks to the first class of honorees to Beta Gamma Sigma, the honors society for business students, Dr. Martin Markowitz, senior associate dean of Rutgers Business School, encouraged students to use their talents to create meaningful change.

Those remarks inspired Sarah Gleason ’17, Stevens BGS co-president, to make service an important component of her Innovation Expo project — a financial literacy workshop for high school students — that she hopes can be rolled out to BGS chapters nationwide.

“My corporate finance class, in combination with the Beta Gamma Sigma induction ceremony, triggered this idea of how we can give back to the community and help promote financial awareness for all ages,” Gleason said of the project, Stevens Making Cents. “We’re hoping this not only encourages high school students to take charge of their financial literacy, but also to explore business as an option after they graduate.”

In inducting its second class of top-achieving students into the Stevens chapter of Beta Gamma Sigma on April 13, Gleason and Rachel Rosenhouse, an MBA student who also is co-president of the chapter, said selection into the society is as much an academic achievement as it is a call to service. 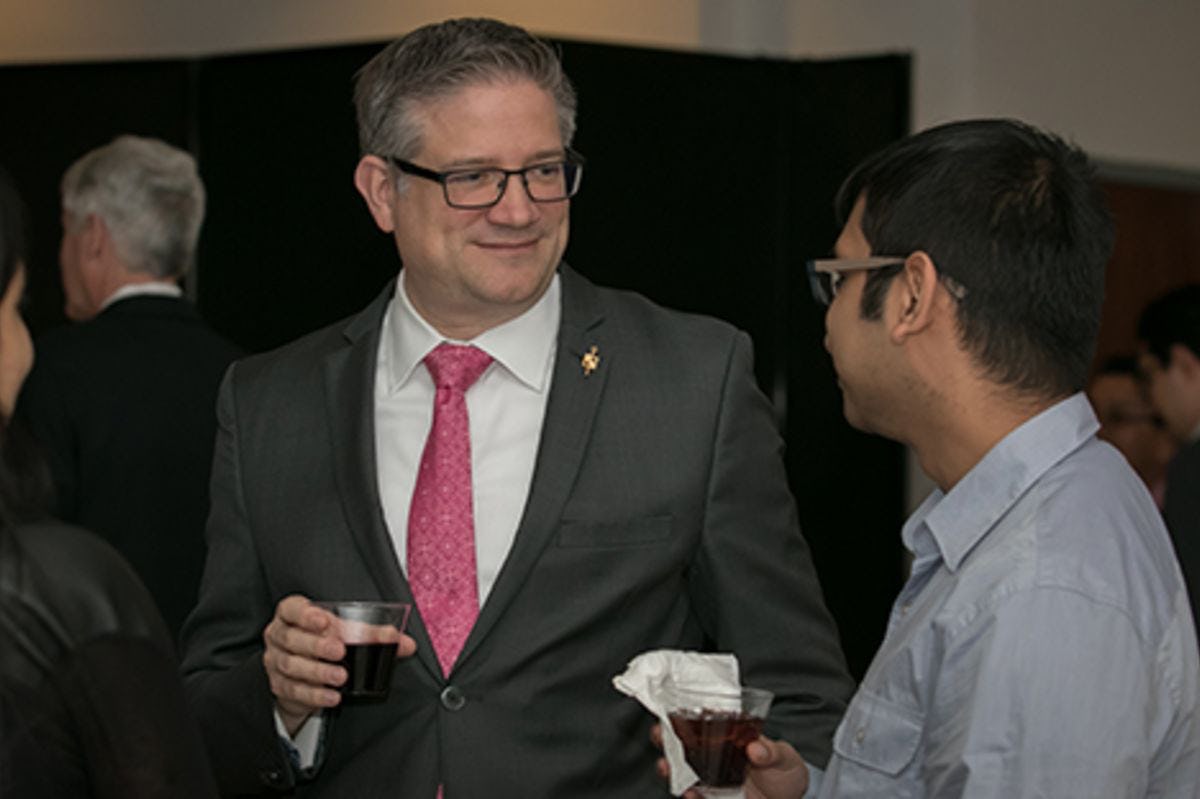 Dr. Michael zur Muehlen, left, a Beta Gamma Sigma member, speaks with Pratik Patel '18, who was inducted into the society during the ceremony.

The new class was lauded by Dr. Michael zur Muehlen, a BGS inductee and associate dean for the graduate division at the School of Business, for continuing in a long line of “pragmatic problem solvers” who studied at Stevens.

“We are proud to produce graduates who can stand up to the problems of their time,” Dr. zur Muehlen said. “In the 19th century, Stevens solved problems like the exploding steam boiler. In our time, those problems involve complex financial systems, high data volumes, hyper-personalized services and the international connectedness of societies — and I’m confident the people in this room will be leaders in solving these challenges.”

During the ceremony, which was preceded by a reception, the Stevens BGS chapter welcomed 28 students and three faculty to the society. Students are nominated to the group on the strength of their grades, while faculty are nominated directly by students.

The Stevens chapter is continuing to organize itself to ensure that the new and future classes will have opportunities to create lasting impact, said Brian Rothschild, chapter advisor and director of graduate management programs at the School of Business. 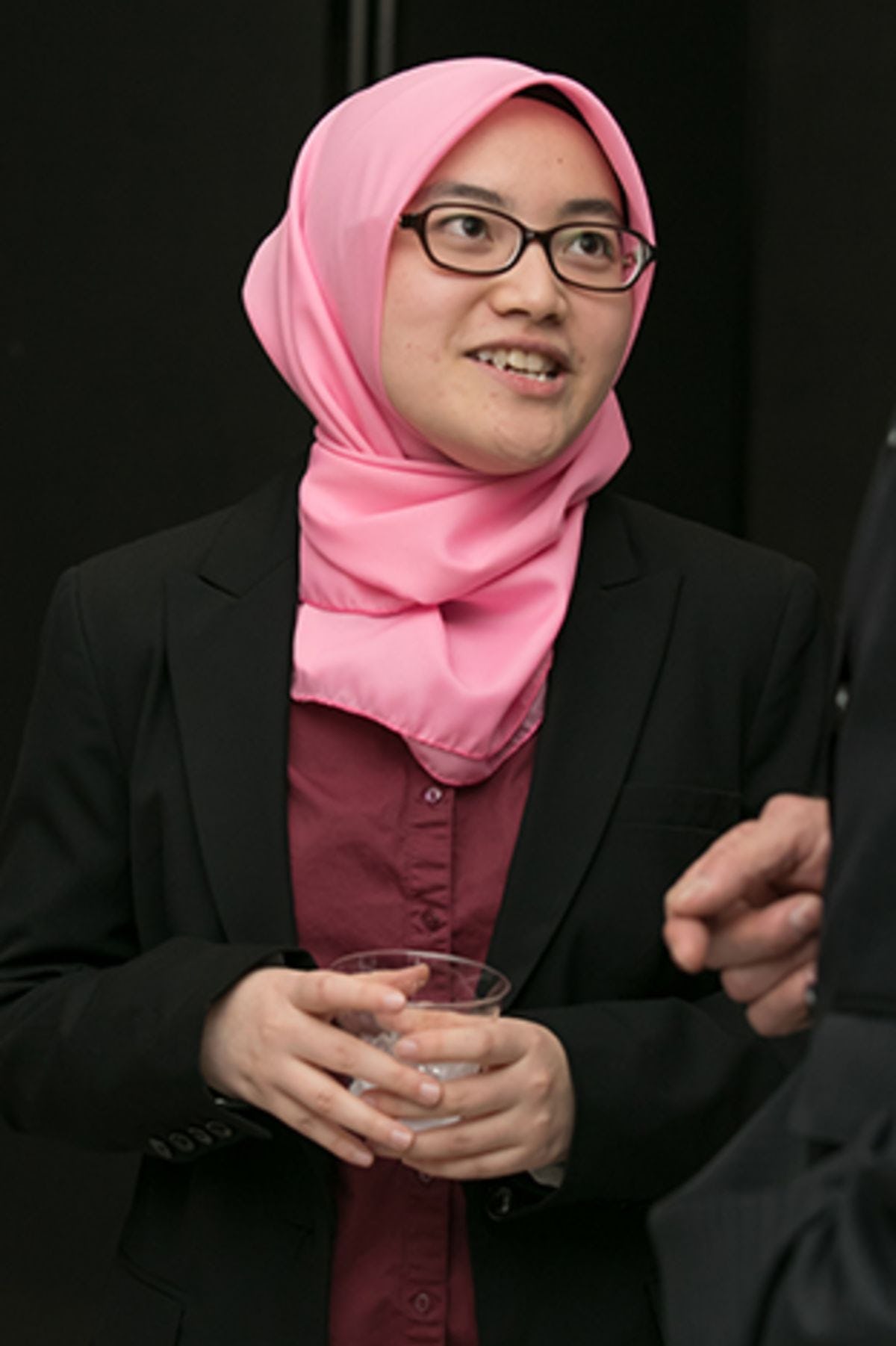 “Service is an important tenet of Beta Gamma Sigma membership,” Rothschild said. “Academic programs at the School of Business challenge students to apply technology and data in solving problems and making decisions. For Beta Gamma Sigma members, the challenge becomes creatively leveraging those skills to help others think differently about technology, business and opportunity.”

That includes more projects like Stevens Making Cents. The team will showcase its work at the May 3 Innovation Expo, at which point its findings will be handed down to the new class of inductees for rollout to BGS chapters across the country.

“We documented a lot of the course materials, quizzes, lesson plans, games and activities, so it’s just a matter of packaging it in a way that people in other chapters can be taught to easily recreate the methods we used,” said Beta Gamma Sigma member Stephen Rienzi ’17, an Information Systems major.

And Gleason said she expects future classes of BGS members to take Making Cents further down the road.

“We look forward to the exciting contributions the new class will make in our efforts to represent the BS both at Stevens and in the Hoboken community,” she said.