Grist from the Mill 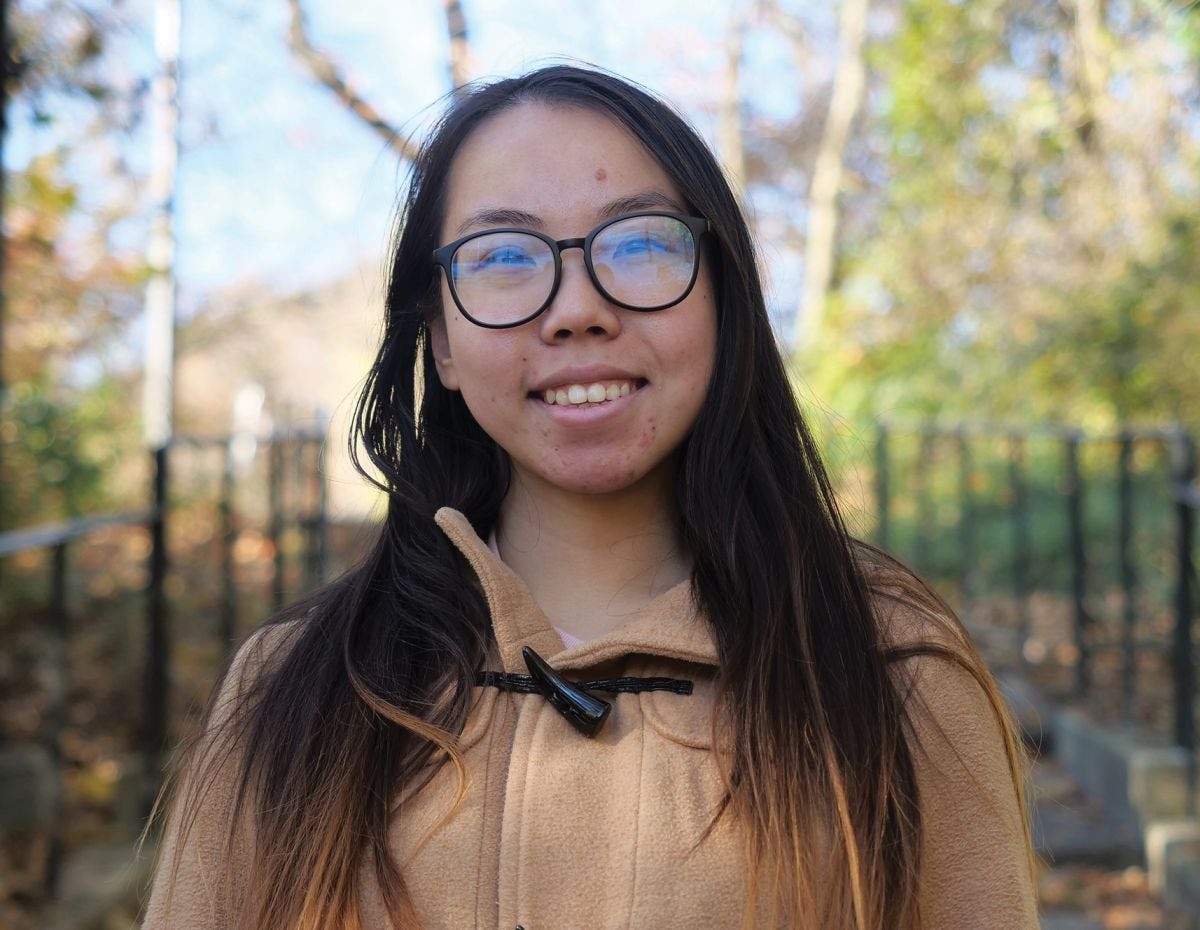 Meet One of ASCE’s Collegiate New Faces of Civil Engineering

Stevens co-op student Yanqing Liang ’22 was selected by the American Society of Civil Engineers (ASCE) as one of 10 “New Faces of Civil Engineering – College” for 2022. The award recognizes and celebrates future civil engineering leaders from around the world “who personify the promise of the profession,” for their academic excellence and commitment to serving others. It is the first time a Stevens student has been named to the prestigious list.

Liang hopes to use her civil engineering skills to uplift communities, similar to the way she feels her community supported her after she lost both parents to cancer as a child. “The opportunities I have been given and the experiences I have been through all nudged me into a STEM field where I can create positive impacts for my community,” she says. “I am really looking forward to opportunities to be part of the efforts to design sustainable and safe infrastructure.” Post-graduation, Liang plans to join Michael Baker International, an engineering firm in Newark, New Jersey.

Stevens has once again been ranked among the top schools in the country for online educa­tion and return on investment (ROI).

In U.S. News & World Report’s 2022 Best Online Programs rankings, released in Janu­ary, seven Stevens online graduate education categories earned national recognition — in­cluding three ranked in the top 10 — across the Charles V. Schaefer, Jr. School of Engi­neering and Science, School of Systems and Enterprises and School of Business. Stevens claims the No. 1 program in New Jersey in six categories. This also marks the seventh year in a row that Stevens’ online MBA has ranked No. 1 in New Jersey.

Meanwhile, a new report from the George­town University Center on Education and the Workforce, “Ranking 4,500 Colleges by ROI (2022),” places Stevens at No. 19 in the nation for return on investment 40 years after enrollment.

The report uses College Scorecard data to calculate the net present value of a credential from 4,500 U.S. colleges and training acad­emies — a measure that essentially weighs the cost of paying for college against future earn­ings. According to the study, the net present value for a Stevens degree is $2.047 million at 40 years, a value comparable to or exceed­ing that of other prestigious universities such as Carnegie Mellon, Columbia University and Georgetown University.

Stevens Institute of Technology’s 10-year strategic plan, The Future. Ours to Create., has guided the university’s successful transformation over the past decade to become a premier, student-centric, technological research university. Following the plan’s conclusion in 2021, we take stock of all that we have accomplished in the past decade in the latest President’s Report, published in early 2022.

Stevens’ progress has been nothing short of remarkable by nearly every measure. The university’s growth and achievements have provided life-changing opportunities for students, particularly those who have been underserved and underrepresented in STEM. The university’s progress has attracted world-class faculty who are tackling critical and complex societal challenges and preparing tomorrow’s leaders to solve real-world problems and fuel technological innovation. This transformation provides a launchpad for the university’s future.

Read more about Stevens’ continued rise in The President’s Report: A Decade of Progress 2011-2021 at rise.stevens.edu 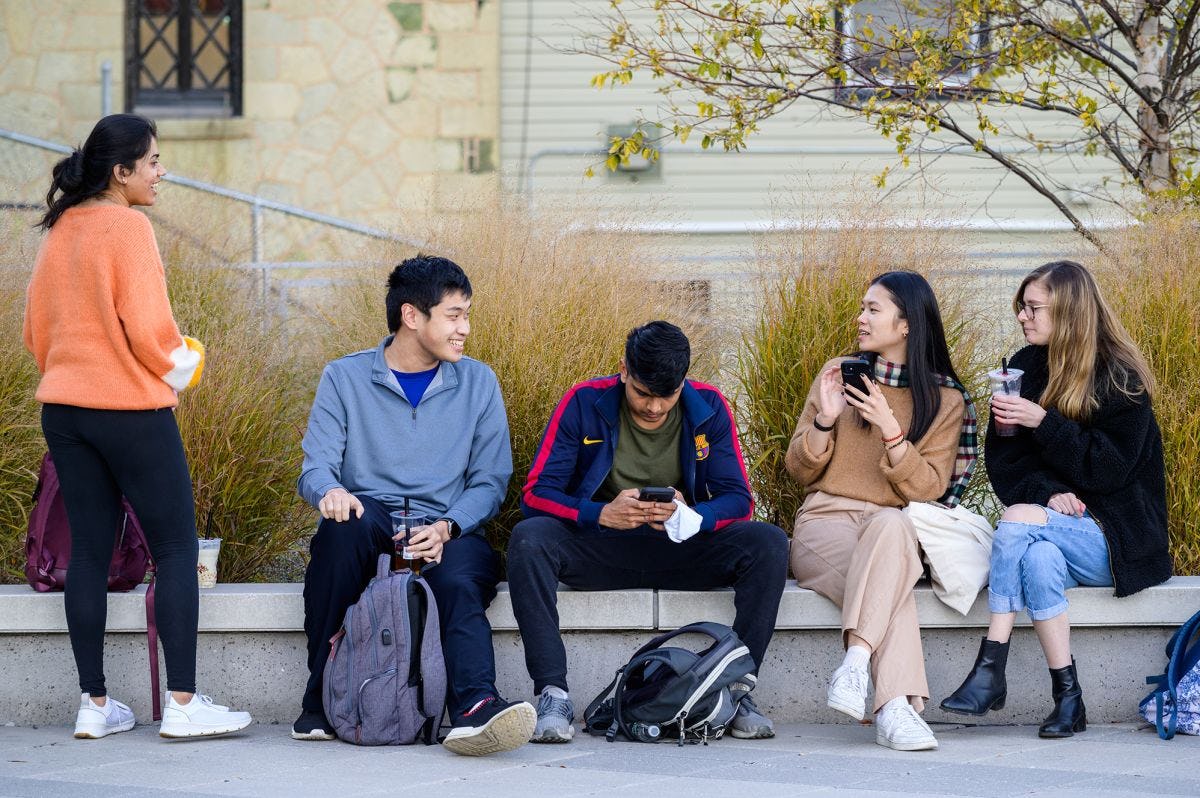 Stevens is "One of the Healthiest College Campuses in the Nation"

In March, Stevens received the prestigious 2022 Active Minds Healthy Campus Award in recog­nition of the university’s commit­ment to the physical and mental health of its students. Active Minds, a nonprofit organization with chapters at schools across the country, is a leader in its sup­port of mental health awareness and education for young adults.

For the past 10 years un­der the leadership of President Nariman Farvardin, Stevens has instituted a collective, strategic approach to student well-being. This has included convening and implementing recommendations from a mental health task force and integrating key student sup­port services, such as Counseling and Psychological Services, Well­ness Education, Health Services, Disability Services and Athletic Medicine, into a comprehensive Stevens Wellness Team, improv­ing access and quality of care. 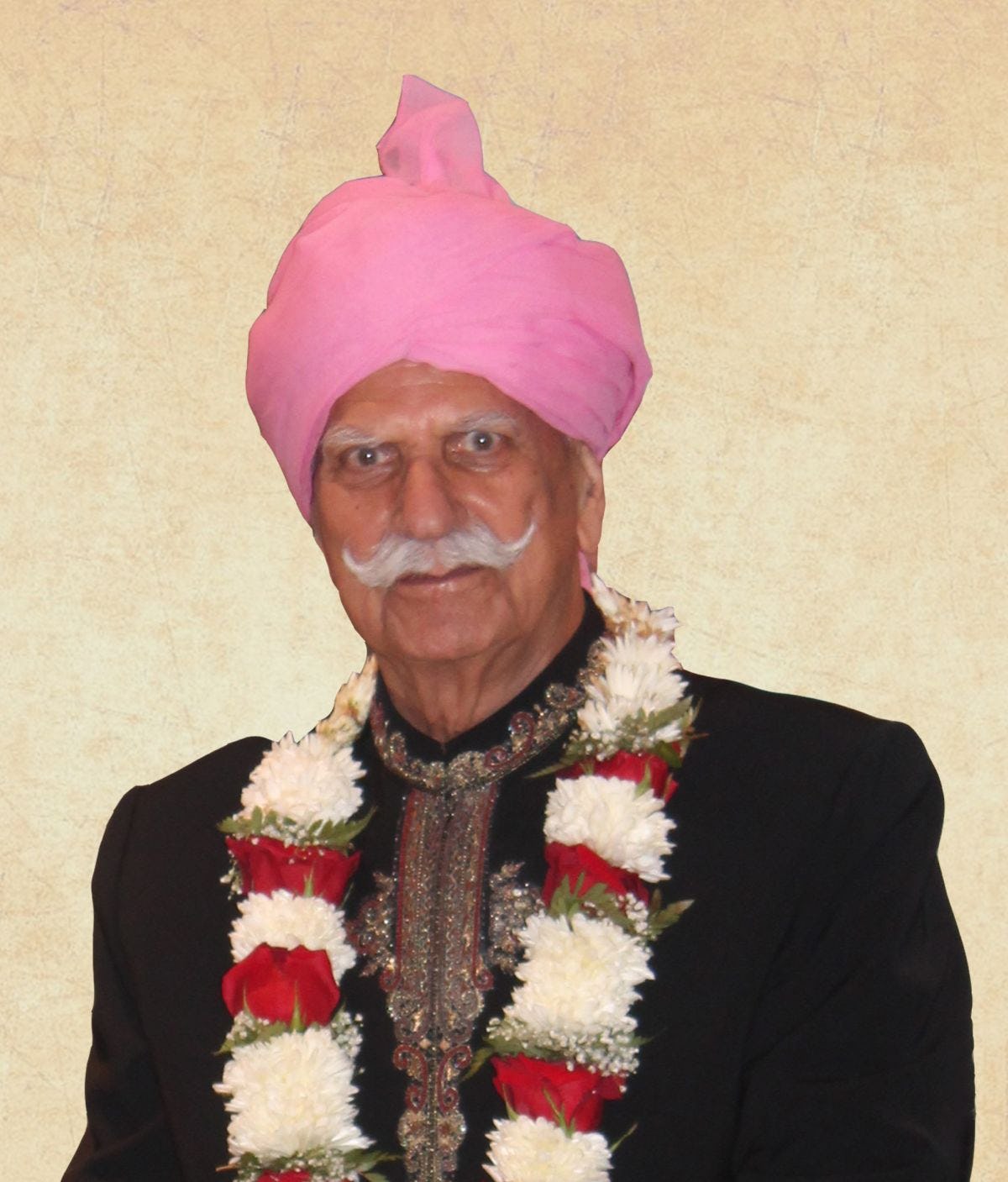 Maghar Singh Manhas, Hon. M.Eng. ’74, profes­sor emeritus who taught organic chemistry at Stevens for 40 years to generations of students, passed away peacefully on January 3, 2022, at the age of 99, surrounded by his family.

Dr. Manhas joined Stevens as a postdoctoral research associate in 1960 and rose through the ranks to become a professor of chemistry in 1970. He retired from Stevens in 1992 and was conferred the honor of professor emeritus. He continued to teach at Stevens into the late 1990s and served as an adviser into the early 2000s.

Dr. Manhas, who was born and raised in India, was an international authority on beta-lactams and spoke regularly at national and international conferences. He also served as a visiting lecturer at universities in Japan and China and at the Indian Science Congress, the Indian Pharmaceutical Science Association and the Indian Council of Chemists.

“Dr. Manhas is remembered as a deeply determined educa­tor who dedicated his lifelong journey to his family and to his students,” his family said. “He strove for his family and students to achieve the very best of their abilities, Per Aspera Ad Astra.”

Surviving are his wife, with whom he recently celebrated their 68th wedding anniversary; five children; 11 grandchil­dren; and four great-grandchildren. 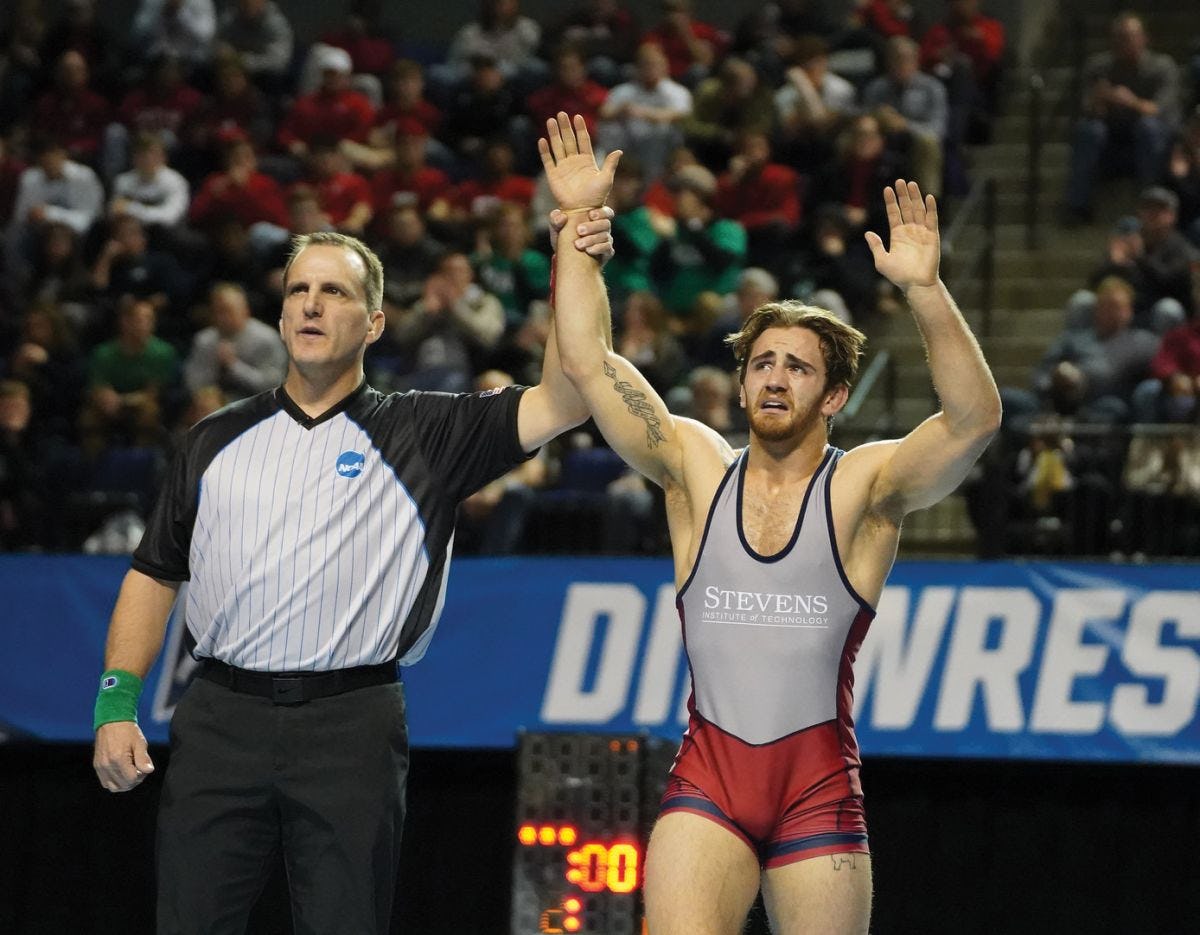 Financial analytics graduate student Brett Kaliner of the Stevens wrestling team became the first national champion in that program’s history, winning the 149-pound title at the NCAA Division III Wrestling Championships on March 12, 2022, in Cedar Rapids, Iowa. He set another program record at the tournament, earning his fifth All-America honor the day before his historic championship win. Kaliner was ranked No. 1 in his weight class and was undefeated (29-0) throughout the 2021-22 season. He concluded his Stevens wrestling career with four top-three finishes at the national championship tournament.

Read more on this historic victory

A multi-institutional research team from New Jersey has begun a new $1.3 million research project aimed at improving water quality in the mid-Atlantic region.

Funded chiefly by the Na­tional Oceanic and Atmospheric Administration, the group will work to assess green infrastruc­ture projects that hold promise to reduce stormwater pollution in the mid-Atlantic states — and improve the health of the nation’s coastal waters and fisheries.

Read more about the project’s goals

Stevens property was the birthplace of baseball as we know it today. The first game played between two clubs, under modern rules, took place in June 1846 on a riverside field just north and downhill from the present-day campus. Now, nearly two centuries later, Stevens biomedical engineering professor Antonia Zaferiou has initiated a data-focused effort to analyze pitching mechanics in an effort to both preserve body health and develop pitching power and velocity. Her Musculoskeletal Control and Dynamics Lab engages students in research — funded by Major League Baseball and in collaboration with Rush University — that examines how pitchers generate momentum and control body movement. Long-term, this research could help pitchers improve performance while reducing their risk of injury.

Paul Rohmeyer, an adjunct professor at the School of Business at Stevens, spoke to The New York Times about the privacy concerns related to workplace apps that use personal information and location tracking for an article, “Swipe Right When You See a Conference Room You Like,” published on January 18, 2022.

Forbes interviewed Gregory Prastacos, dean of the School of Business at Stevens, about how schools should prepare the next generation to build and lead digital enterprises in an article, “Technology Skills Needed for the 2020s: A Dean’s-Eye View,” published on March 16, 2022.

Stevens President Nariman Farvardin, Susan Gross, assistant vice president for financial aid and undergraduate admissions, and Constantin Chassapis, senior vice provost for graduate education, were interviewed by Inside Higher Ed about the university’s dramatic increase in enrollment over the past 10 years in an article, “How Stevens Tech Attracts Applicants and Students,” published on April 25, 2022.

Alex Wellerstein, associate professor at Stevens’ College of Arts and Let­ters, appeared on CBS This Morning on April 29, 2022, to demonstrate his NUKEMAP simulator and discuss nuclear threats with anchor Tony Dokoupil

For more media highlights, visit Stevens in the News