What Venice Can Learn from Stevens 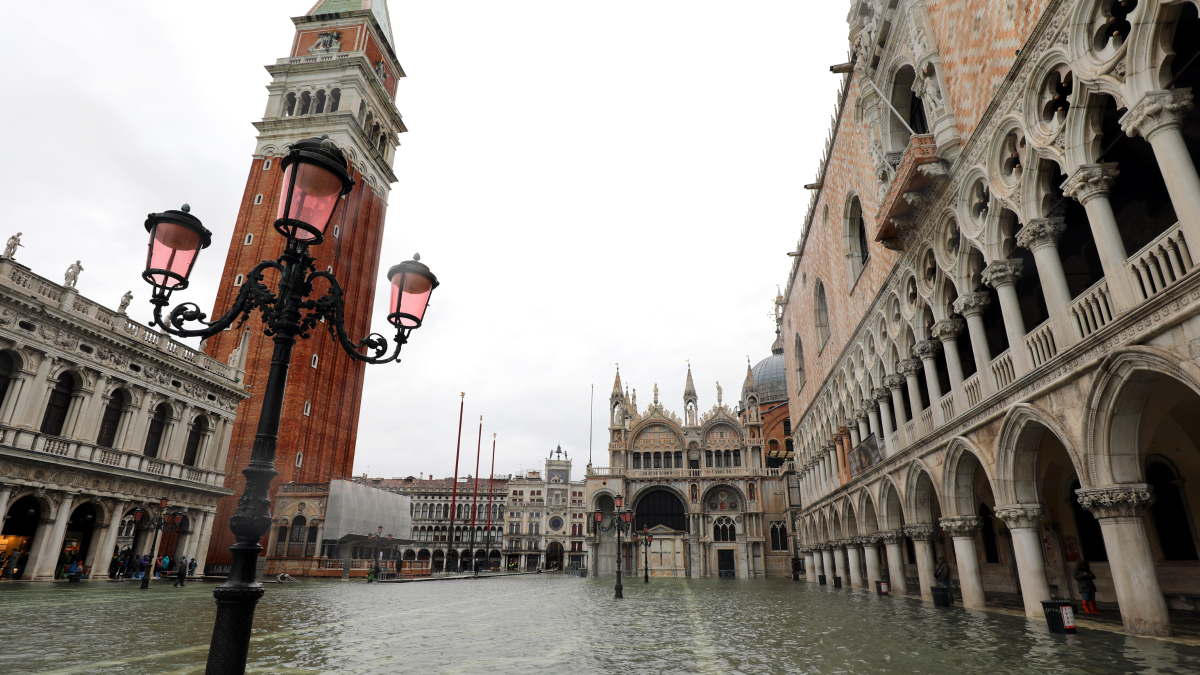 In Venice, a terrible sound echoed throughout the historic Italian city on December 8, 2020. It was the infamous siren signaling that the city was about to experience an episode of acqua alta or high water, tidal floods that are abnormally high. Flood waters subsequently swamped low-lying areas of Venice such as the iconic Saint Mark’s Square.

It was also a sign that the city’s much heralded Mose project, retractable flood barriers that cost 6 billion Euros and almost two decades to build, was not foolproof. Its managers had failed to close it for the incoming storm surge, thinking it would be too low to cause flooding. For Italian officials who are trying to analyze this catastrophic failure, new research and existing technologies at Stevens Institute of Technology may offer important lessons in flood mitigation for the present and future.

Two things that Italian officials can look at are the university’s existing Stevens Flood Advisory System (SFAS) and recent research conducted at Stevens that calculates whether a hypothetical New York Harbor storm surge barrier should be closed that also accounts for the inevitable uncertainties in forecasts, said Philip Orton, research associate professor of ocean engineering in the Department of Civil, Environmental and Ocean Engineering of Stevens’ Charles V. Schaefer, Jr. School of Engineering and Science.

In the case of SFAS, the system is a sophisticated, automatic network that takes in real-time information from ultrasonic water level sensors at various points around New York City, the New Jersey shore, other locations in the Mid-Atlantic coast, and a portion of Cape Cod, said Orton, who is based at the Davidson Laboratory.

In addition, the system works with coastal and river models that can simulate flooding at macro and street levels, said Orton. Also, the system has an important feature: The Stevens forecasting system not only calculates “most likely” water levels but can also warn users of the “near worst-case” scenario.

“Our forecast system is an ensemble forecast system that runs many weather models that capture the range of uncertainty in the weather,” said Orton. “It’s a pretty innovative system.”

“I think with whatever forecasting/prediction system you have in place, you need to account for the forecast uncertainty in your operation of the barrier, and perhaps the Italian officials did not have that,” added Orton.

In December, Italian officials did admit to Politico that their tidal forecast was incorrect and were quoted as saying, “There are variables in the weather, it is not always predictable.”

Another project at Stevens that may inform Italian officials is recent research on the long-term limitations on the efficacy of storm surge barriers, said Orton. This research, “Storm Surge Barrier Protection in an Era of Accelerating Sea-Level Rise: Quantifying Closure Frequency, Duration and Trapped River Flooding,” was published in September 2020 in the Journal of Marine Science and Engineering. Lead author was graduate student Ziyu Chen along with Orton and Professor Thomas Wahl at the University of Central Florida in Orlando.

In that paper, the team looked at the impact of a hypothetical gated storm surge barrier in the New York City/New Jersey area, which is an option that has been studied by the United States Army Corps of Engineers. The gates would close only when a certain threshold water level is exceeded in the “near worst-case” forecast (the 95th percentile). However, planning for future closures would also need to take into account projected sea level rise and associated increasing frequency of floods, as frequent closures will have a negative impact on the estuary environment. The calculations, Orton explained, also took into account the weather forecast uncertainty with data from SFAS helping inform their findings.

The researchers developed a “simplified, transferable framework” that could potentially inform operators of storm surge barriers on when to activate gate closures.

Orton said management of barrier closures would always be a challenge, but that relying on a “near worst case” (95th percentile) forecast water level would leave only a 5 percent chance of false negatives (i.e., flooding with no closure), which might be a reasonable margin for error in operation.

The researchers also contrasted two scenarios: gate closure management with a constant trigger water level, and another with the trigger water level being updated annually per sea level rise numbers. With projected sea level rise, the former scenario would require more gate closures at a longer duration. With the latter system, there would be about a constant number of closures per year, but it would also necessitate the construction of seawalls in order to prevent the more frequent flooding.

In the case of Venice, flooding is not a new phenomenon because the city is situated in a sheltered lagoon connected to the Adriatic Sea, but recent floods have been terrible for the city. In November 2019, Venice experienced floods that broke records and caused millions in damages and the deaths of two people.

The Mose project was first activated in 2020 and will continue to be in a testing phase this year. But it’s already seen by Venetians as a temporary and imperfect stopgap. Mose is slow, costly to operate and maintain, and exhibits signs of “extensive corrosion,” according to Politico.

The research at Stevens can help the Mose project situation, said Orton.

“Whenever life and limb are at danger, you have to be conservative,” Orton said. “Italian officials will need to err on the side of caution.”