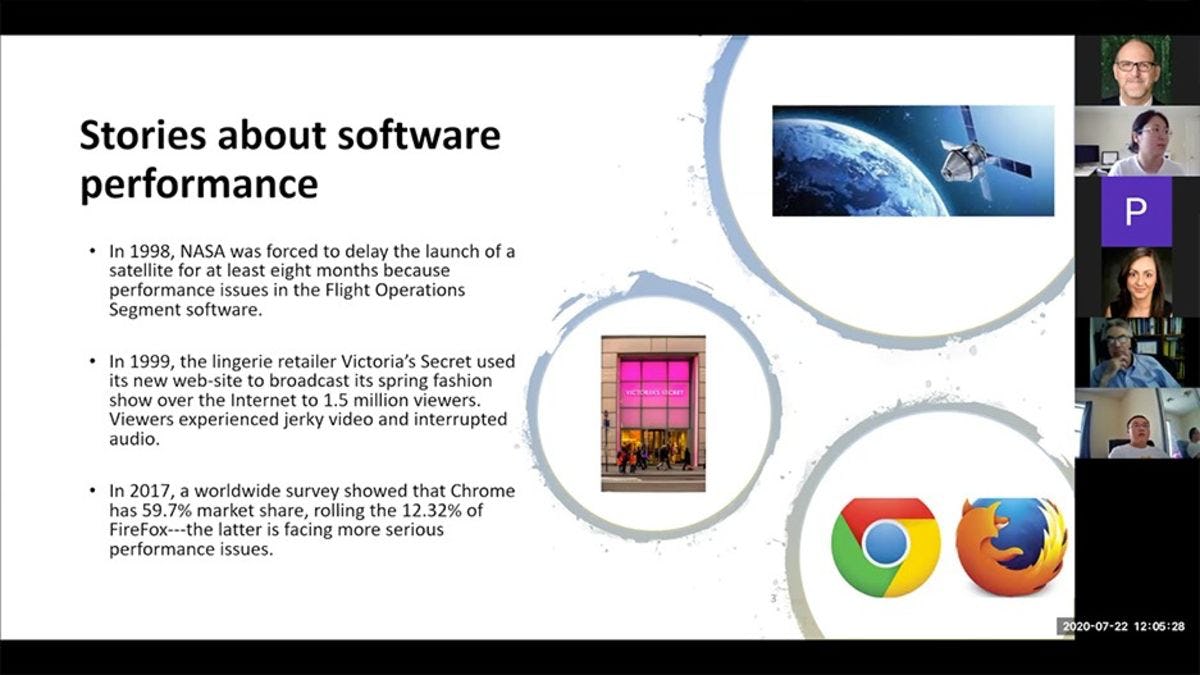 Jerky video? Interrupted audio? Some 1.5 million Internet users, as well as developers worldwide, are all too familiar with performance issues in software.

How the issues are managed is a major problem for the software industry, according to Lu Xiao, assistant professor in the School of Systems and Enterprises (SSE) at Stevens.

Xiao was the featured lecturer on July 22 at the “SSE Dean’s Virtual Seminar Series: The Future of Systems,” a weekly lunchtime series presented by Yehia Massoud, dean of the School of Systems and Enterprises, to keep students and the Stevens community informed about faculty research.  View the complete video here.

“A large number of performance issues are not being explicitly tagged and systematically managed,” said Xiao, who teaches software engineering at Stevens and was instrumental in establishing [email protected] to address relevant issues in engineering.

A breakthrough in tagging the issues came about when Xiao and her colleagues focused on the linguistic patterns that are embedded in performance issue reports, something she calls “our secret sauce.”

“Our approach stems from the observation that performance-related issues often contain similar linguistic patterns at the sentence-level, agnostic of specific software products,” said Xiao, who earned her Ph.D. in computer science at Drexel University.

The first phase of research involved extracting precise patterns in language, followed by a second phase of categorizing the issues so that the systems can accurately recall the performance issues.

The novel approach to tagging the issues performs well, achieving 83 percent precision and 59 percent recall. Notably, the results have outperformed Google’s deep-learning tool, known as BERT (Bidirectional Encoder Representations from Transformers) by up to 25 percent on precision and recall.

“We are very happy to see that our approach performs very well,” said Xiao, noting that using such a systems approach will ultimately save practitioners hours of manual effort that have thus far been the primary means of tagging performance issues.

Next, Xiao hopes to reveal a detector that will accumulate large-scale data sets of real-life performance issues, and then construct a taxonomy of performance issues to provide reference methods for people to more effectively fix the issues.

The SSE Dean’s Virtual Seminar Series is created to help keep students informed on the advances of faculty research and the mission of the School of Systems and Enterprises as a leader in systems science and engineering. Lectures will be recorded and made available online for those who are unable to attend the live Zoom sessions.

For a list of forthcoming presentations, visit the series event page.