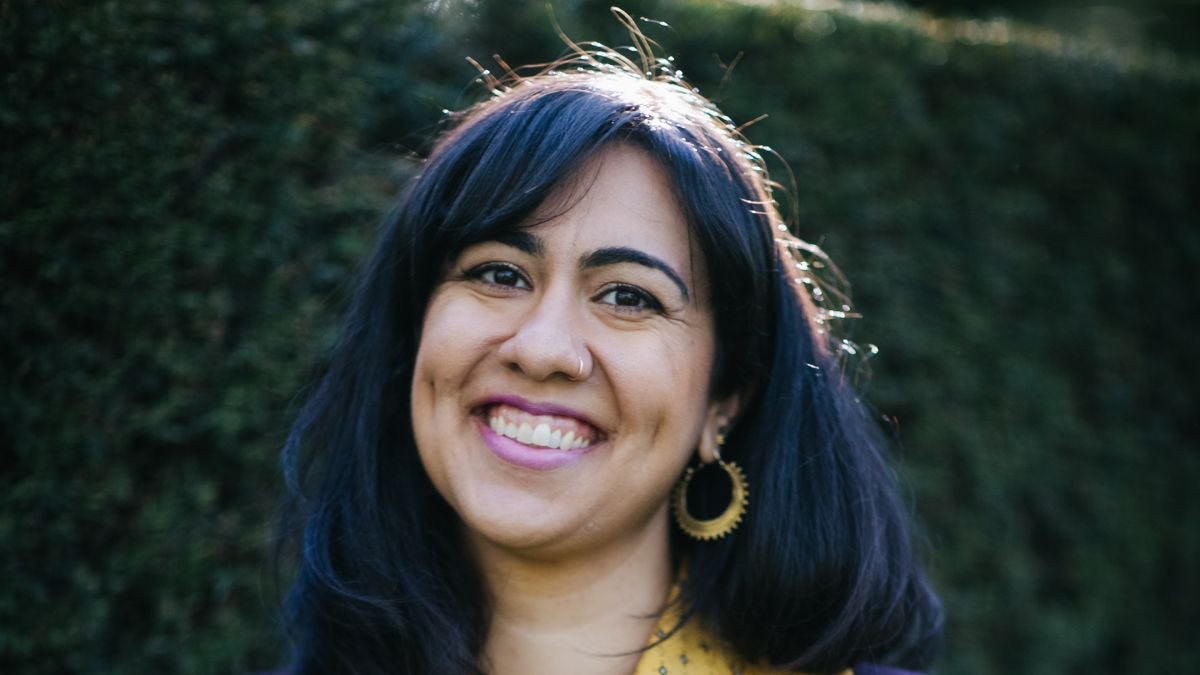 Trishna Saigal ’06 planned to spend her career in the pharmaceutical industry. But her love of healthy eating, and the flexibility of her chemical engineering education, put her on a different path. Today Saigal is leading her own startup, Down to Cook, helping to bring vegetable-based meat alternatives to every table.

The title chemical engineer didn’t carry a lot of meaning for Trishna Saigal ’06 when she was a high school student researching undergraduate engineering programs. “Looking back, I had no idea what a chemical engineer did,” she says with a laugh. “All I knew was that I loved chemistry and math.”

When she chose chemical engineering as her major at Stevens, she was surprised to learn just how versatile the discipline could be. “There were so many places I could go with it,” she says.

But first, Saigal had to adapt to college life. “My parents did not pursue advanced degrees and did not provide much guidance with respect to educational or career planning,” she says. “The first year was so hard. I had to learn as I went.”

By her second year at Stevens, Saigal was a resident advisor for the Stevens Technical Enrichment Program (STEP), supporting younger students to overcome similar challenges. “I loved mentoring,” she says. “I was able to experience Stevens from a different perspective, and to help them through their first year at college as well.”

Saigal’s first career-focused stop was an internship at Bristol Myers Squibb. “That was pivotal for me,” Saigal says. “My mentors there were chemical engineers with Ph.D.’s from Carnegie Mellon University. I wanted to do what they do.”

And that’s exactly what she did. After completing her Stevens degree and a second internship at Germany’s Martin-Luther-Universität Halle-Wittenberg, Saigal pursued her discipline in the Ph.D. program at Carnegie Mellon. She even had the same advisor as her Bristol Myers Squibb mentors.

Saigal focused on complex fluids and emulsions at Carnegie Mellon, which turned out to be the perfect fit for her next career role as a Product Development Scientist at The Clorox Company. “Many people do not realize Clorox has a food division,” she says, noting that the company is behind such well-known brands as KC Masterpiece and Hidden Valley Ranch. “They needed help in reducing the fat in ranch dressing while retaining the dressing’s texture and flavor. It was an amazing experience. People notice the slightest changes – even the way you taste garlic changes depending on the ratio between water and oil in a recipe. It goes beyond science. I was learning so much about how people enjoy food, and how they interact with food products.”

Saigal had long assumed that her career would ultimately lead her to the pharmaceutical industry. She left Clorox for Relypsa, where she was a Process Engineer for Pharmaceutical Operations. But she continued to be fascinated by the human component of her work, quickly changing course to become Head of Product Development at Ripple Foods, a startup that makes plant-based milks and cheeses. She also developed product improvement plans as an R&D Consultant for New Wave Foods, which manufactures a plant-based shrimp alternative.

“The industry is very focused on meat replacement products,” Saigal says. “But these are very processed and have lots of additives.”

Saigal decided to take a fresh approach and created Adda Veggie, a less processed plant-based alternative. Her startup, Down to Cook, is to make vegetables “center plate,” and to help people enjoy vegetables in a way that is truly satisfying.

Being founder and CEO of a startup is always challenging, but the pandemic has created further hurdles for the fledgling company. “We launched in early 2020, just as everything shut down,” Saigal explains. “Markets were dedicating more of their shelf space to necessities, and our restaurant and corporate campus clients were closing as well.”

“It has been pivot after pivot, which is hard for a small brand,” she continues. “But I have gained skills in new areas such as marketing and brand building.”

Saigal, who is also an Industry Fellow at the Sutartja Center for Entrepreneurship & Technology at the University of California, Berkeley, has come a long way since her time at Stevens. “Chemical engineering led to a lot of opportunities,” she says. “My co-op led to an internship, which led to graduate school. Stevens provided the stepping-stones to my career.”

Saigal also advocates for being bold in exploring career options. “Go out and work at different places, talk with people and learn about their experiences,” she adds. “They will show you the many ways you can apply what you are learning, and how to link your schoolwork to your future career.”