The Time is Now: Coming Together for a Greener Future 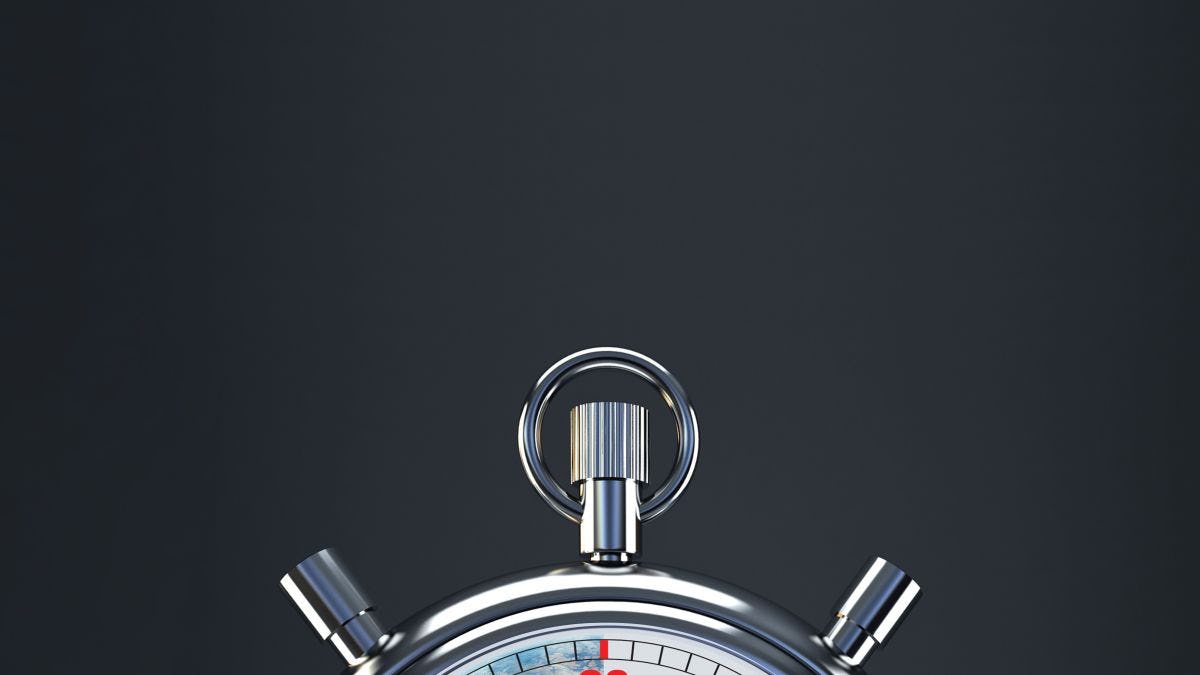 These students come from across the U.S. and around the world, representing different areas of study and life experiences. They are all driven by a desire to make a better world. They follow in the footsteps of generations of Stevens alumni who have pursued solutions to environmental problems. Stevens graduates have gone on to work with the U.S. Environmental Protection Agency and various state and municipal environmental protection agencies, playing a role in creating and enforcing clean air and water regulations. (The first commissioner of the New Jersey Department of Environmental Protection was a Stevens graduate, Richard Sullivan ’49.) They have become entrepreneurs, creating companies that are exploring options for renewable energy. They work for companies that specialize in green solutions or environmental remediation, or they are working to bring sustainable practices to their corporations. In 2015, a team of Stevens students made history when they built SU+RE House — the sustainable and resilient solar house that captured first place in the U.S. Department of Energy Solar Decathlon and is now on permanent display at Liberty Science Center, educating the public about the need for housing that will combat future storms.

When it comes to environmental solutions, a new generation of students knows they can’t do it alone. “It’s not something that one generation is going to change,” says Abigail Circelli ’21. “This is a worldwide issue that needs to be addressed by everyone.” The Indicator’s discussion with these students — along with stories that highlight the important work of Stevens students, alumni, faculty and staff seeking environmental solutions — appears below and in the full spring/summer 2020 issue.

A Forum for Their Thoughts

On February 19, 2020, The Stevens Indicator invited a diverse group of undergraduate and graduate students, recommended by their professors and peers, to a panel discussion on the current state of our planet. We asked what keeps them up at night, and what gives them hope; how they feel about past environmental stewardship; and how they plan to pursue their careers in a way that may make a difference.

What we found was some anxiety, much urgency, and a great sense of purpose and faith in what they — and all individuals — can do. Among them: a future vaccine developer; two researchers exploring solar energy; a Ph.D. candidate devoted to reducing fossil fuel consumption; two engineers combatting the damage of sea level rise; a sustainability management wizard; a nuclear energy advocate and a civil engineer seeking to improve water quality for communities in need.

Antony Cruz ’21 has an unabashed love of his hometown of Jersey City, New Jersey, and an eye for justice.

Growing up, he was keenly aware of the struggles of poor and working-class people. Living in a city with a proud past, he also saw the legacy of its industrial history in neighborhood lots and ballfields shuttered because of chromium contamination. But it was really the Flint, Michigan, water crisis — in which the city’s drinking water became contaminated with lead after officials switched to a cheaper option of obtaining improperly treated water from the corrosive Flint River — that compelled him on his career path.

“I just remember being very angry at that fact, that a mistake like that could happen just for profit’s sake,” he says. “I feel I needed to do something about it, and that’s why I chose civil engineering. I felt that those mistakes could be stopped by people who care.”

Sarah Chan ’20 M.Eng. ’21 poured through books like The Sixth Extinction: An Unnatural History by Elizabeth Kolbert in high school. This early experience, among others — from studying abroad and experiencing the natural beauty of Norway to seeing sea level rise near her hometown of Port Jefferson Station, New York — drive her, as she studies environmental engineering and ocean engineering.

A high school service trip to Haiti left a lasting impression on Alex Dubro M.S. ’20, who just earned his master’s in sustainability management. One moment that shaped him: children bathing in water that was clearly unsafe for drinking or swimming. “I am driven because I want to make the world better, and this experience put that into vivid, more strategic words for me,” he says. “Rather than say ‘let’s change the world,’ I can now come up with a waste management plan.”

Air pollution, waste management, sea level rise, a lack of strong international cooperation — all weigh on these students’ minds when they think about environmental issues. The world’s continued reliance on fossil fuels and the harm caused by fossil fuel emissions was cited often.

According to the World Health Organization, an estimated 4.3 million premature deaths worldwide in 2016 were due to exposure to outdoor air pollution. Emissions from industry, vehicles, power generation, building heating systems and agriculture/waste incineration, among other sources, produce a complex mix of air pollutants, with fine particulate matter having the greatest effect on human health.

Changing human behavior and social values is the most difficult change to make but can have the greatest impact, says Saeed Vasebi Ph.D. ’20, whose research focuses on automated vehicles and technologies to reduce greenhouse gas emissions. If driving passenger cars — a major contributor to greenhouse gases in the U.S. — were to become less accepted socially and the use of public transportation socially preferred, the shift in behavior would create a major positive impact, he says.

“If we decide to use our cars at least 20, 30 percent less, it’s going to be a huge change in the market. If we feel shame for leaving our lights on or our office heating or cooling systems on during the night, we can make a big change.”

Perhaps Vasebi’s greatest worry, however, is the urgent need for international cooperation to combat climate change. “All of the nations — at least most of the nations — should collaborate on this. And looking at the possibility of collaboration sometime soon, I’m not thinking that it’s going to happen, at least by government. And that’s a serious concern.”

“I’m from Long Island so I basically live at sea level,” she says. “Sea level rise is going to displace so many people.” According to NASA, the melting of ice sheets in Greenland and Antarctica has accelerated in the last decade, leading to global sea level rise and a continued threat to coastal and low-lying communities. Indeed, global sea level rose about 8 inches in the last century. The rate in the last two decades, however, is nearly double that of the last century, according to Proceedings of the National Academy of Sciences.

Taylor Zimmerman M.Eng. ’20, who earned her master’s in coastal engineering, spoke of her fear that environmental action has tended to be reactive. “I would say that what keeps me up at night is what the future looks like if no changes are made … so I think that what makes me hopeful is seeing companies and people doing things proactively to help prevent and mitigate problems before it’s too late.”

Publications from The New Republic to The Wall Street Journal have reported a generational divide between young and older people when it comes to attitudes toward climate change, with younger people feeling a much greater sense of urgency to address a crisis they believe will affect them during their lifetimes.

But among most students in this Stevens group, there was an acknowledgement that society has, throughout history, industrialized without knowing the absolute effect, and that some great technological advances have come with an environmental price. Indeed, the planet’s average surface temperature has risen about 1.62 degrees Fahrenheit since the late 19th century, “a change driven largely by increased carbon dioxide and other human-made emissions into the atmosphere,” according to NASA and the National Oceanic and Atmospheric Administration. Most of the warming, though, has occurred over the last 35 years, with the five warmest years on record taking place since 2010; 2016 meanwhile, was the warmest year on record.

These students spoke less of blame and more of a need for a combined sense of purpose among the generations to combat vexing environmental challenges. Environmental engineering major Victoria Stabile ’20 M.Eng. ’20 gave the example of chlorofluorocarbons, once found in aerosol sprays, refrigerators and other products. The damage to the ozone layer was not well known until the 1970s. But nations came together to later ban their use.

There was an acknowledgement of modern technology’s ability to solve problems that seemed intractable in the past. And previous generations made this possible.

“What they were doing was getting us ahead,” says chemical engineering major Abigail Circelli. “Now we have to make another historic revolution as well,” she says — the development of green energy and sustainable practices.

Dongrun Ju ’21, who grew up in China, said that her father’s generation faced possible hunger and worked hard to survive, advancing technology. But this brought its own set of environmental problems. Noting that each generation learns from the one before it, she is confident that her generation will innovate to find solutions.

Citing March for Our Lives and other social movements, Antony Cruz places most of his faith in the younger generation to become leaders in climate activism. “The youth are always the people who create revolutions … people who felt very passionate about something they believe in.”

Can individuals make a difference? Most of these Stevens students ardently believe so. They are encouraged by recent actions by individuals, by some companies, by communities — large and small — to confront environmental challenges. And many say that individuals can’t rely on the government to take the lead.

Several students noted a plastic bag ban that has gone into effect in communities across the country, as an example of people making a difference when united in a cause. These students are also optimistic about the power of social media to drive awareness of environmental issues to a young audience. From Snapchat and Instagram to YouTube, young people communicate and consume news from a variety of online platforms.

Sarah Chan mentioned a popular YouTube video that shows a plant-based water pod that allows you to consume the water and dispose of the container — all in one bite. “There are a lot of memes on climate change, and it really makes a big impact because it brings awareness to the younger generation who really scroll through social media every single day,” she says.

The redeeming power of technology and the chance for science to make a difference was mentioned again and again.

“I feel that research can just change everything in such a great way; there’s such impactful information that people are producing every single year, it’s constantly making the planet better,” says Abigail Circelli, who has done solar energy research at Stevens. “And I feel like I want to be part of that so bad.”