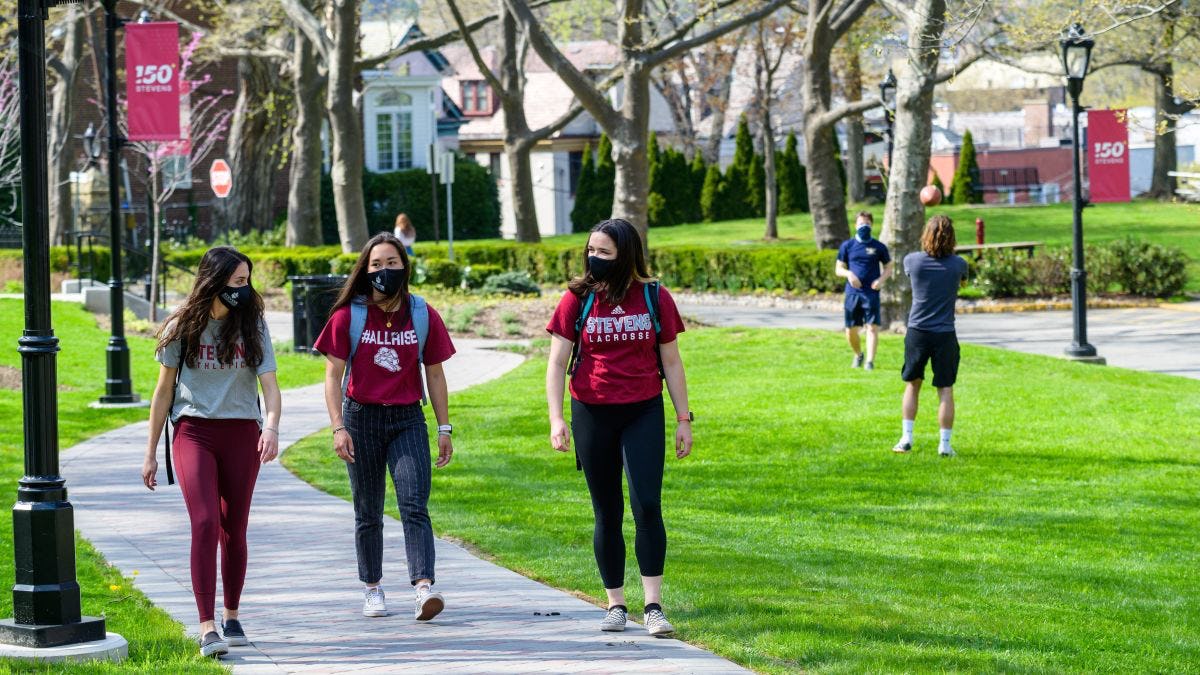 According to U.S. News & World Report, The Princeton Review, Forbes

U.S. News & World Report released its 2022 Best College rankings today, and Stevens Institute of Technology is once again a top-100 national university. This annual ranking places Stevens in the highest quarter of institutions ranked on the national list.

Stevens is featured on several standalone U.S. News & World Report lists among national universities. The university maintains its spot as a top-100 “Best Value School,” and was cited as a “Best College for Veterans.” Among three New Jersey institutions named to the national “Most Innovative School” list, Stevens ranks behind only Princeton.

At the program level, Stevens appears on three lists of best overall undergraduate programs — in the areas of business, computer science and engineering — and is the only New Jersey institution on the list of best undergraduate finance programs.

Last month, The Princeton Review announced that Stevens had once again been named to its annual “Best 387 Colleges” list of the nation’s top schools. The unranked list, which includes approximately 14 percent of schools in the country, praised Stevens for its “Ivy League education at a more affordable price,” as well as for its high job placement rate, return on investment, and “very collaborative and supportive” environment.

In lieu of its regular supplemental list — not produced this year due to an inability to solicit student feedback during the COVID-19 pandemic — The Princeton Review included a special Great Lists feature. Stevens, located in Hoboken, was included on the “Great College City” list, which included only 26 schools.

SEE ALL RANKINGS AND RECOGNITION