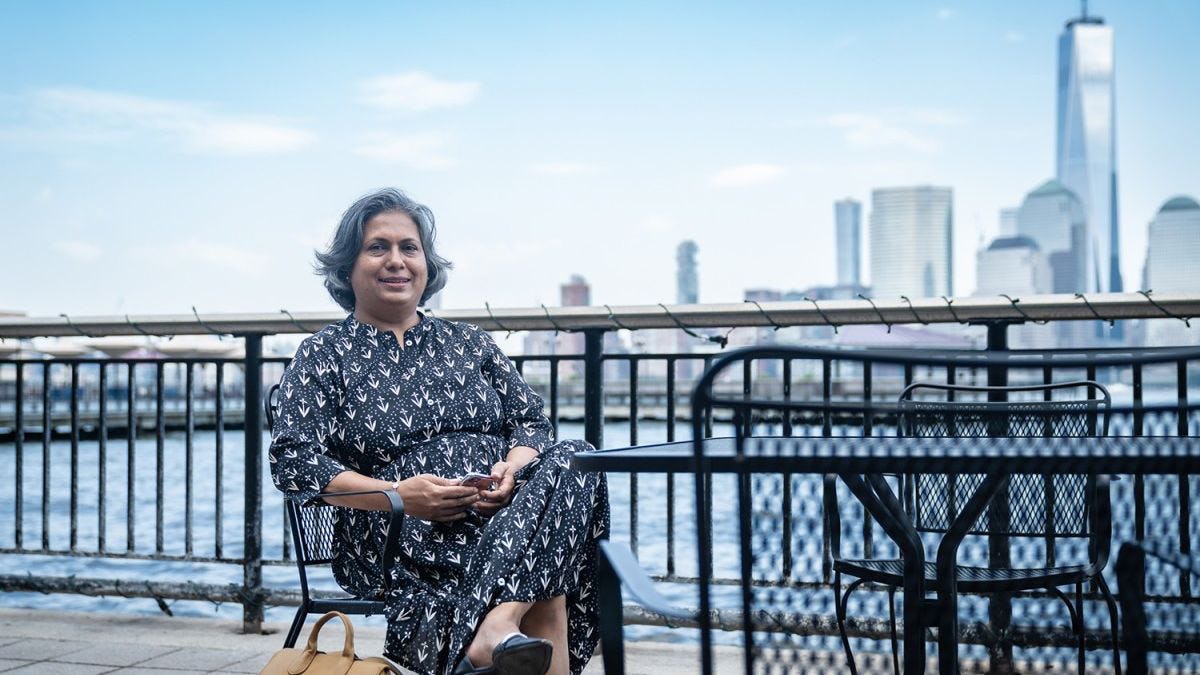 Fifteen years into her career, Anagha Yerande, who was an associate product manager at JP Morgan Chase & Co. could have settled down like many of her peers. But she looked to improve herself and keep up with the rapid changes affecting the financial industry. “Even though I had two master’s degrees, when I saw that Stevens was coming to JP Morgan, I thought why not take this opportunity?"

“My most recent master’s was in 2004 (computer science, Monmouth University). I thought that’s so long ago, and things move so quickly in the technology field,” she says.

Through Stevens’ partnership program with JP Morgan, in which the university brings its classes to the corporate office, Yerande was able to pursue a new master’s in technology management. Brian Rothschild, assistant dean of graduate studies at the School of Business, explains that the Stevens corporate programs allow seasoned professionals to upgrade both their technological and leadership skills. "It's important for employees of any organization to be able to keep up with not only technology, but leadership skills that help them lead people from different generations," he says. "The professionals who continue with their education open themselves up to so many more opportunities because companies are always looking for the most effective leaders who can bring their organization to the next level."

Yerande was amongst the first Stevens-JP Morgan Chase cohort in 2018. “It just fit the bill so perfectly for me, because it was not all about coding. It was diverse and had everything from accounting, finance, how to display data with Tableau, how to be a leader, strategic management, pushing your team to achieve better – all of these checked all the boxes for me,” she says.

And it couldn’t have been more convenient, as the professors held their classes in the Jersey City building where Yerande was working. However, it was not easy. “The professors don't try to babysit you or let you get away with anything,” she says with a laugh. “It’s also a very project-based program, so we had to learn to work with each other and collaborate effectively. There were so many people from JP Morgan who were in that program with me, so I got to network with a lot of different people. They were from all age groups – some of them the same age as my son.”

While she was already a top performer at her work, Yerande showed even more promise by getting a new degree and graduating with a perfect 4.0. She was promoted from an associate to vice president at JP Morgan. “I think one of the reasons was that my manager had seen consistency along the way….And after I got done with my degree, she told me that she wished she had done the master’s too,” Yerande says. 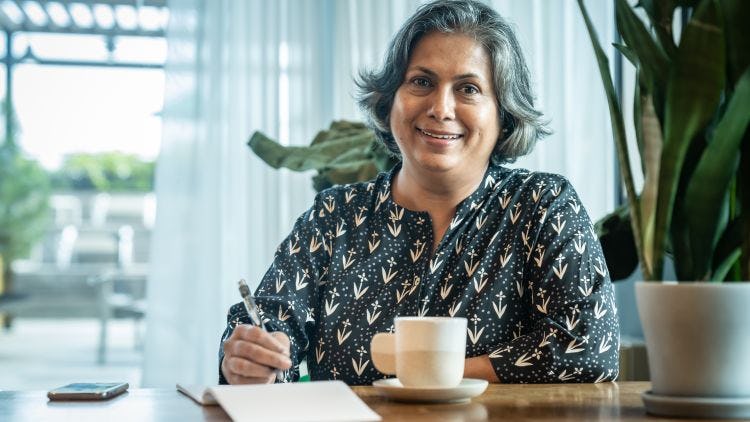 Throughout her graduate school journey, Yerande also set an example for her 26-year-old son Mihir, who was working at Goldman Sachs. Seeing his mother balance all the demands of work, family and an advanced degree program inspired him to pursue his own master’s degree.

Yerande fondly remembers her first class in the program which was about leadership development. She recalls Professor Peter Dominick saying that “'Leaders are the people who make changes; managers are people who manage that change.' I saw this in an instant. Because if you're a leader, you have to have that courage, courage in heart. You have to be steadfast in your vision. You don’t want to upset people and it's a different way of thinking, but you have to have that courage to say I feel this is right, even if that change causes a lot of disruption. But if you do not make changes, you will be left behind.”