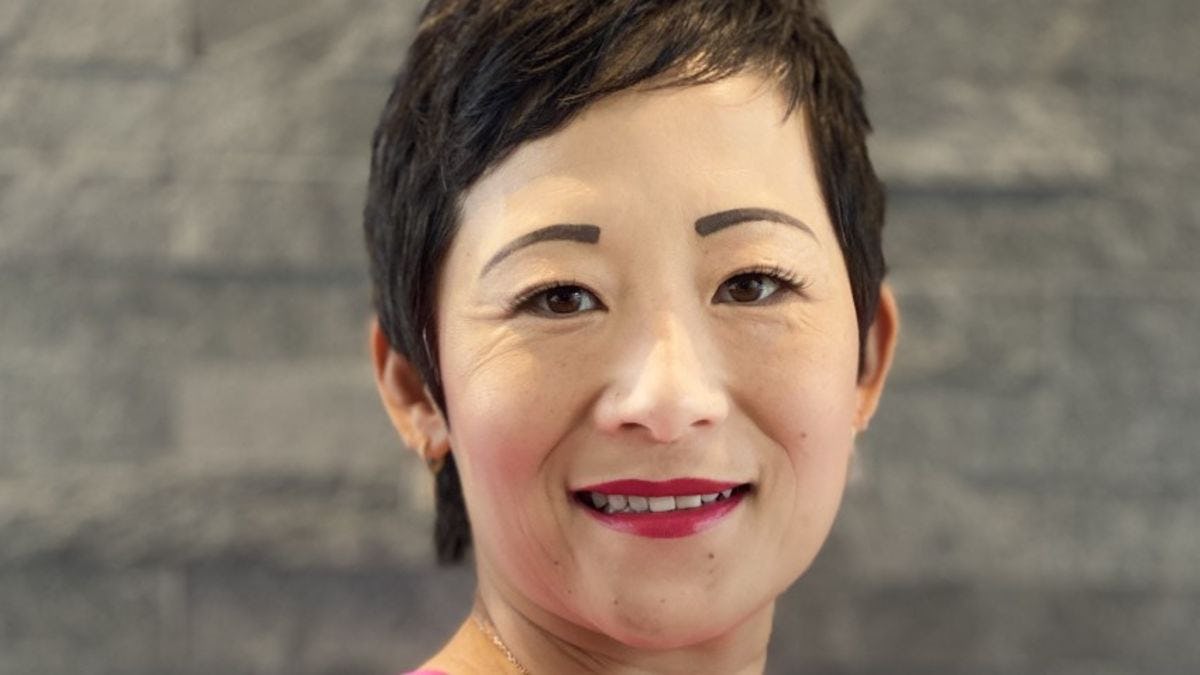 "My own daughter says I can't sit still. I do love to learn new things, meet new people, travel new places, produce innovative research and new findings," she says. "I'd say my daughter is probably correct."

Now Kang-Mieler has taken on her biggest professional challenge yet — trading Chicago's lake-effect snows and deep-dish pizza and for Hoboken's hurricane season and access to the Big Apple — in order to take Stevens' already-robust biomedical engineering department to the next level.

"I'd like to make a little noise on campus, in a good way," she says. "To get our story out there, to let people know what we are doing so well and what we can do in the future."

Growing expertise in the visual system

The child of parents who emigrated to the Midwest from South Korea when she was a teenager, Kang-Mieler studied mathematics, applied mathematics and — eventually — biomedical engineering itself at Northwestern University, as she found herself becoming progressively more interested in the clinical applications of engineering and design.

“Even as a mathematics major, I always enjoyed laboratory work,” she recalls. “I found that I especially enjoyed the biological aspects and worked in research labs.”

As she obtained her masters, Kang-Mieler realized she wanted to do both lab research and modeling. That led her to pursue biomedical engineering, and a summer research project in the labs of a Northwestern professor investigating the role of oxygen in eye function cemented her interest in biomedicine — more specifically, on the diseases that affect our eyes and vision as we age.

"I was hooked," Kang-Mieler says, "on wanting to understand how the visual system works."

She would go on to spend 20 years as a respected faculty member at Illinois Institute of Technology in Chicago, developing growing expertise in ocular diseases, before joining Stevens this past June as a tenured faculty member and chair of the BME department.

She looks forward to leading a program that continues to grow in size and impact.

"The biomedical engineering faculty at Stevens are exciting," she says. "There is a lot of energy and youth, a lot of good ideas, in this department.."

Kang-Mieler will begin creating plans and strategies for the department after consulting with leadership and faculty, but she already has a few ideas and observations.

"For one thing," she says, "I would like to create a unique story to identify what this department does at Stevens, working so closely with the medical field, helping people. Let's talk about how we are helping people with diabetes, developing new medical devices and new materials, helping people cope with aging."

In addition, she would like to begin forging new ties with major medical centers and medical schools in the metropolitan region.

"You  need a clinical partner to get things developed and to market," says Kang-Mieler. "I've found that direct access to clinicians is very important as you design and test devices and technologies."

Along those lines, she hopes to advance development of new medical-school curricular tracks for Stevens' most talented biomedical engineering majors.

"Our undergraduate honors students could plot a course that takes six to seven years to attain an M.D. at a companion medical school, for example," explains Kang-Mieler. "I think this sort of joint program could work well here at Stevens."

She would also like to develop new curricular offerings and requirements to better educate graduate biomedical engineering students on the design process, in tandem with industry and medical experts.

"As engineers, we sometimes have a tendency to believe we have the ability to solve certain problems simply by designing a better, more perfect device," Kang-Mieler notes. "But it's also important to work with patients and clinicians while you are designing it, throughout that process, to learn whether it will really benefit patients in the end."

"You don't want to just design a fancy thing that will have no clinical utility. You need to explore all the possibilities."

Kang-Mieler also brings significant research experience to her new role on Castle Point. Her work primarily specializes in areas related to human vision, and she will continue that work (with its financial support) at Stevens.

One area of Kang-Mieler's research involves developing earlier diagnosis tools for diabetic retinopathy (DR), a type of vision loss that eventually afflicts more than half of all diabetes patients. The advanced form of the disease is caused when blood vessels begin growing too quickly in the eyes, eventually leaking, bursting or tugging on the retina, all of which reduce vision.

"Even after being diagnosed with diabetes," she explains, "it takes six to seven years for DR symptoms to show up. It is largely a silent disease for those first six years. The retina looks completely normal, even with our best diagnostic imaging tools."

If DR can be caught earlier, she says, patients can change  diets, exercise and therapeutic regimens and slow or forestall progression of the disease, preserving their vision for longer. Diagnosing DR earlier, however, has proven a difficult challenge.

"We already have really good imaging tools to look at blood vessels , yet we can only catch DR in its mid-stages — not its very early stages, when the changes and signs of leaking are more subtle."

Kang-Mieler hit upon the idea of improving fluorescein angiography — a well-studied technique based on injection of dyes into the eye's blood vessels — by combining and processing the resulting data with new algorithms to detect deterioration of  blood vessels earlier.

"This could be a really sensitive biomarker," she says of her system, which leverages a dynamic tracer kinetic model. "It's a highly useful procedure when you begin processing and analyzing the data in better ways."

In 2021, the National Institutes of Health (NIH) agreed to support Kang-Mieler's work on enhancing the technique with a $2.5 million award via the National Eye Institute. The support will run through 2026.

Another area of her research works to develop improved delivery of medications directly to the eye's blood vessels to treat DR and other eye disorders.

Many ocular disorders are caused by blood vessels' unruly growth, which is spurred by overproduction of a specific human growth-spurring protein known as VEGF (vascular endothelial growth factor). Anti-VEGF medications have recently emerged to suppress this overgrowth. But delivering these new medicines precisely and successfully requires monthly injections directly into the eye, often for a lifetime, since protein-based antibody therapies quickly become washed out of (or inactive in) the body.

"That's asking a lot of your patients," says Kang-Mieler. "So we have developed a system that may work as well or better, while requiring perhaps only one injection every six months."

To help the eye medicine work longer, her team works with material scientists to design patented microspheres embedded within heat-sensitive hydrogels. The therapeutic antibodies, injected within a liquid, quickly become suspended in a gel once they are inside the eye — allowing them to stay in place, and active, far longer.

Kang-Mieler has received a separate $2 million award from the NIH to support development of the proposed drug-delivery system, which has already proven successful in early simulations and small-animal models. Primate research is the next and final step to complete successful before potentially receiving FDA approval for human trials.

"It has been a long road to this point," she concludes. "I'm very excited to begin this next step at Stevens."