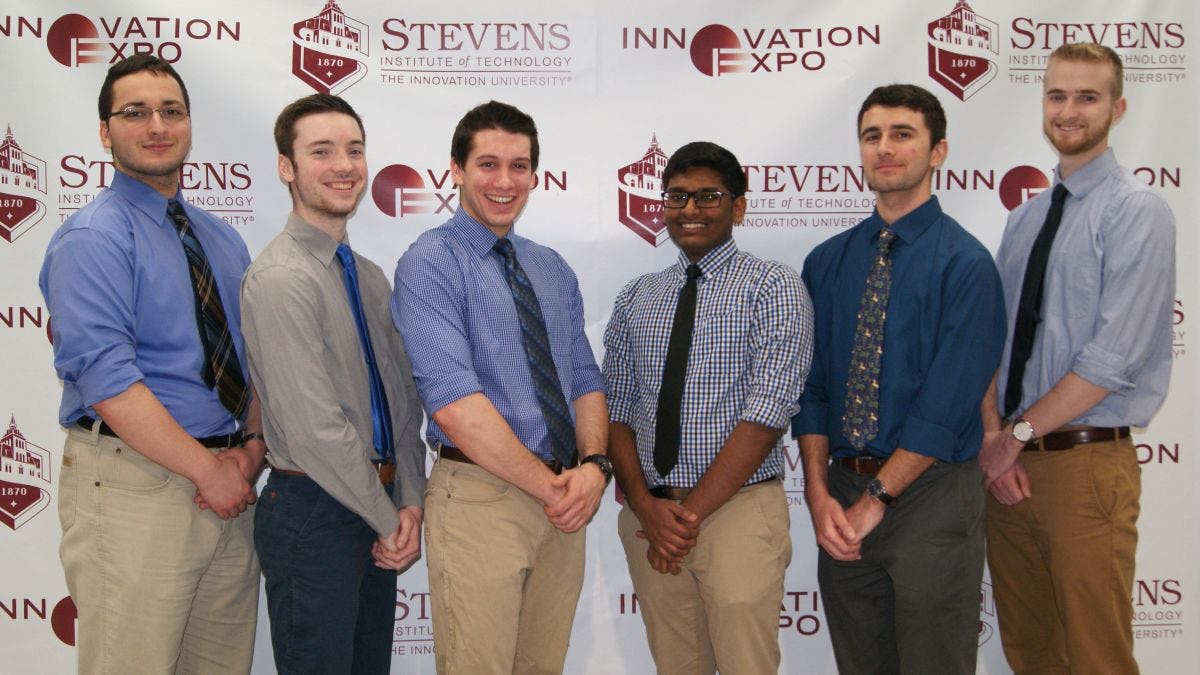 Radio waves are an essential communication tool—and a limited resource.

This is a longstanding problem for both the communications industry and the military. Researchers at many universities and even Microsoft have tried to find easy ways to identify and utilize gaps in the radio frequency spectrum to send messages, but no one has come up with a viable solution.

The team’s approach, which will be featured at the Stevens Innovation Expo, is to make a portable mapping unit, mount it onto a drone, and have it identify available bandwidth. Here’s how it’ll work, thanks to gifs made by Aruljothi:

The team is using an antenna, software-defined radio communications system and microcontroller together to create a device that will map existing spectrum frequencies. They’ll mount that device to a drone and pilot it to wherever a user needs it to go. The unit will monitor radio frequencies and transmit them back to the user, who can then access any of that information via custom software created by the team.

"This approach has been tried multiple times before, but not the way we’re doing it," says Aruljothi, citing the work of other universities and Microsoft. "We’re developing hardware that easily attaches to existing hardware. That should make adoption faster and seamless with current consumer devices."

"Also, the existing research has been done on mobile ad hoc networks," adds Moschetti, referring to the existing data being somewhat unreliable and skimpy. "We want to optimize big [consumer] networks." 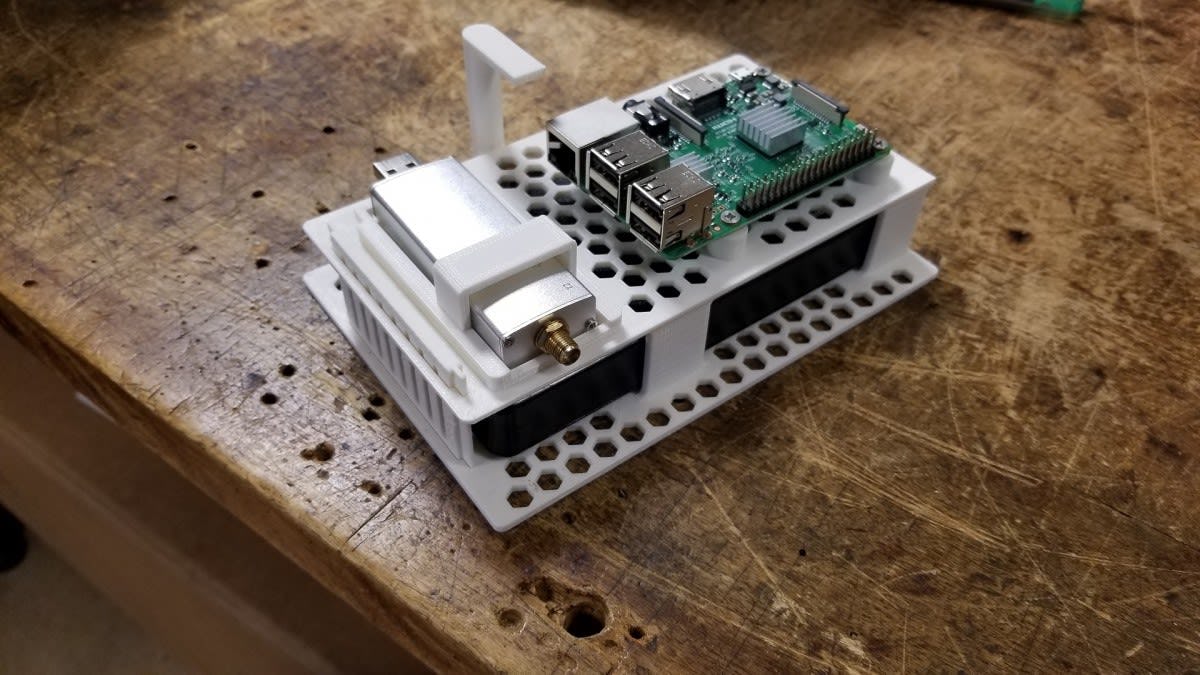 "The mapping units go out and collect data on open bands, a ham radio type of radio band, and see what’s being used," Anticev explains, describing how the unit he and Grotke built works. "Once we have that data, we make a model to predict when there’s going to be an available channel," and will then use that model to try to optimize available bandwidth.

"I did a lot of the soldering work for the wires leading to motors," says Grotke. He was also responsible for helping refine the signal detection process.

"Originally we were only using a fixed number [to identify signals], but we were missing out on a lot of weaker signals. We settled on using a statistical approach: for us to find a frequency that had a signal, it needed to be a certain amount of standard deviations away from the average signal power on the channel. This enabled us to find extremely weak signals without getting many false positives." 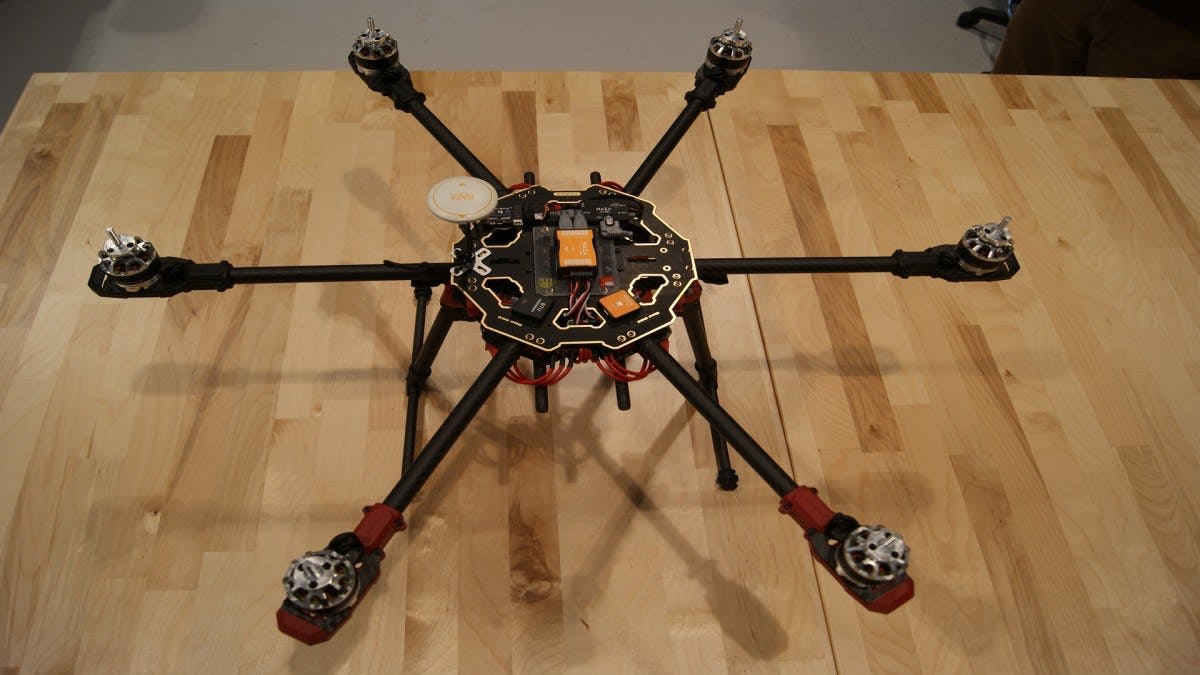 "We built it from scratch," McNeil says. Pre-made drones weren’t strong enough for their needs ("The battery’s really heavy," Holdridge explains). They were also expensive. All three students worked together to create and assemble the perfect drone—for half the cost.

Aruljothi also worked on the prediction models. "I’m studying machine learning for my master’s thesis, and I took a lot of what I’d learned there and used it here," he says. He also applied that knowledge to the software interface, as well as the team’s website. The Python-based GUI for the software and user interface was created by Moschetti, who created a GIF to demonstrate it:

Strong as this approach is, the team still had challenges to overcome. "The simulations were more complex than I expected," says Anticev, citing the difficulty of "trying to detect the signals in the first place. You're looking at the spectrum and you need to distinguish noise from the actual bands."

"The biggest problem with the drone was never having the right tools or parts," says Aruljothi, "and we had to get creative. We used acrylic plastic to make it work better. We 3D printed parts."

Thankfully, the team was able to draw on their interdisciplinary strengths to overcome them.

Their sponsor was helpful, too.

"General Dynamics was cool," Aruljothi says. "They gave us a lot of leeway on the scope of the project, helped us figure out what options we could go with and were never strict about anything." "They’ve given us tons of freedom," adds Moschetti. "They’ve been pretty hands off, but there when we needed them," particularly for storage.

"We meet with them once a month," says Holdridge. "They seem pretty impressed by what we’re doing."

The team is refining the system now, and is looking forward to field testing it soon. In the meantime, they’re finishing up classwork, squeezing in fun activities—Holdridge, Anticev and Moschetti are all outdoor sports enthusiasts, Aruljothi flies gliders, Grotke is on Stevens’ indoor volleyball team and McNeil drums for the Stevens jazz combo In the Works—and preparing for their lives after graduation. McNeil is deciding between multiple options. Holdridge is deciding between job offers with two different branches of the military. Anticev will be working for General Dynamics (though in a different department than the one he’s working with now for this project). Moschetti will be working for Johnson & Johnson. Grotke will be doing software engineering for Northrop Grumman. Aruljothi will be working on his master’s thesis.

While the group is hoping to have the drone hover at Stevens Innovation Expo, they’re more excited to "turn it on, let it hover and collect data at the event—basically, do everything we built it to do," says McNeil.

Still, they’re still really proud of everything they’ve done so far. As they should be.

"I’m glad we didn’t take the easy way out," says McNeil, "and are working on a very challenging project." "I’m proud that we’re building something from nothing and bringing it through the entire design process," adds Holdridge.

"I’m proud of the data storage method," says Moschetti, "and how we’re packing and unpacking it to save space. Our professors are big fans of it, and that’s cool."

"I’m most proud of the prediction model stuff," Aruljothi says. "We have yet to see if we can get valid data out of it, but I think this could be a really big deal if this works and really improve how radio frequencies are used." 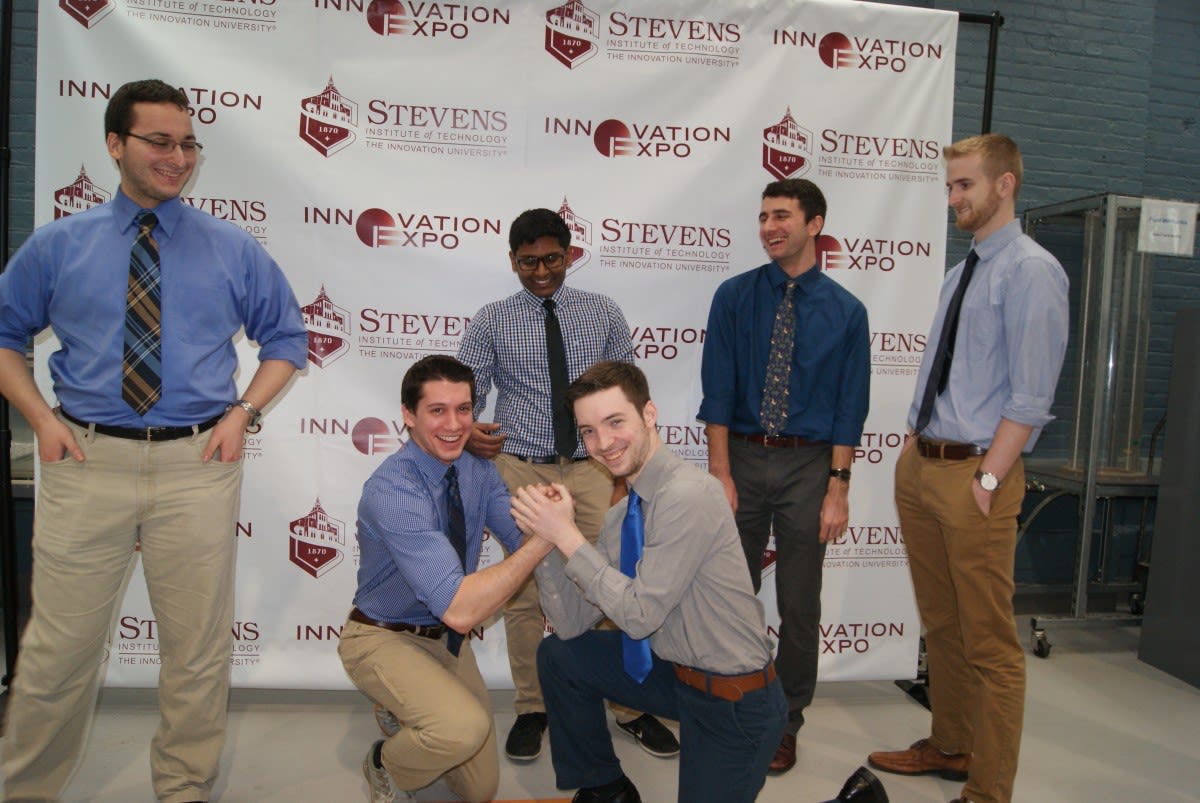