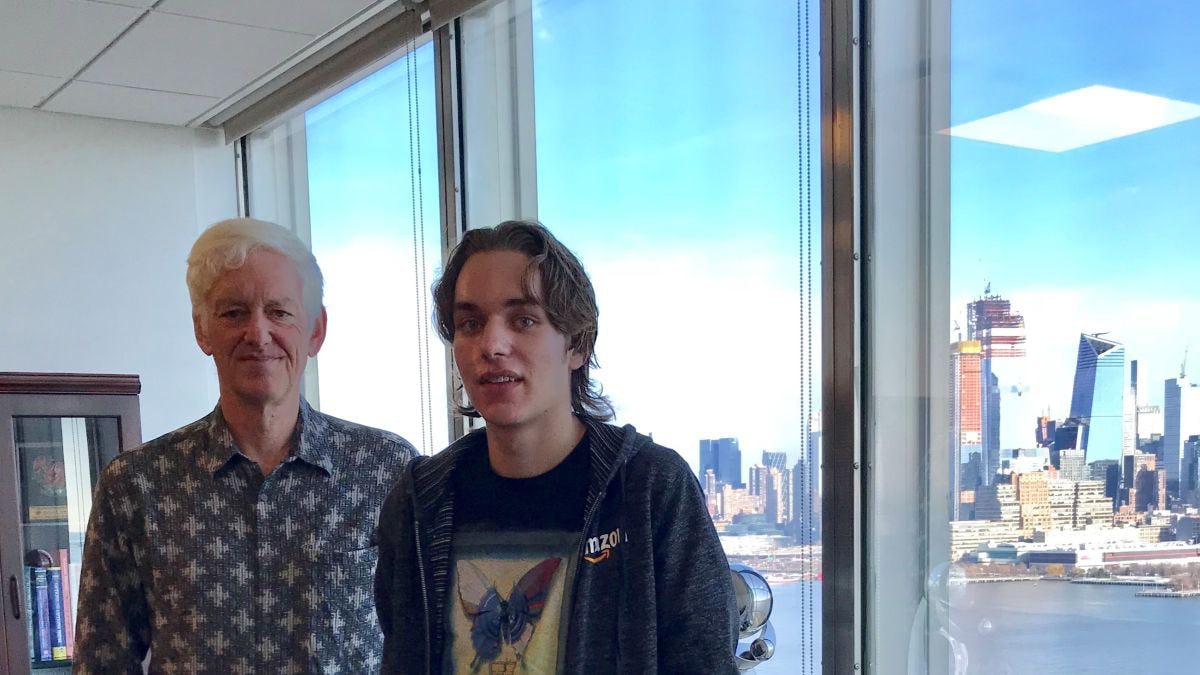 "Stevens professors have great expectations of what undergraduate students can accomplish."

That’s what senior Ian Porada thinks of his experience at Stevens Institute of Technology.

Thankfully, his dad and a guidance counselor survey both suggested Stevens—and once he got here, he found his niche: artificial intelligence, or AI.

"I took on a work study job on campus in the Institute of Electrical and Electronics Engineers [IEEE] History Center," says Porada, "because it was the only one that listed computer science anywhere in the description." His job involved formatting and summarizing oral histories of IEEE members, and that gave him crash courses in computer science research areas like cryptography and artificial intelligence.

"Two big guys in early AI were Simon and Newell," Porada shares. "They worked on general problem solving, and they had a cool idea, but it wasn’t practical. But that was my freshman year, and that’s how I became interested in AI."

While that interest led him to learn about artificial intelligence on his own ("I was pretty obsessive about it"), Porada ultimately found himself taking classes in Stevens Department of Computer Science.

The Dr. Peter Norvig Scholarship is a one-year scholarship named in honor of each recipient of the President's Medal, which is presented at the President’s Distinguished Lecture Series. Because Norvig was the recipient, the scholarship was geared toward students interested in his research field.

That’s where Porada came in.

Porada not only received the scholarship; he got to meet Norvig.

"It’s kind of surreal to me," he says, "He wrote our textbook! It’s the AI textbook almost every school uses. He’s a big name in the field."

Thankfully, Norvig was anything but surreal.

"The thing I most remember Norvig saying was from when he used to work at Oracle: 'It’s okay to have a three-year project—if, one year from now, it’s a two-year project,'" Porada recalls. "I usually think of things in long-term or immediate short-term, so I have a hard time getting a sense of the middle ground in a project."

"That’s a big thing in research because even though research is supposed to be these long-term big projects, they’re relatively short-term ideas that people are testing out," Porada adds. " I’m really interested in short- versus long-term focus on my projects now. The question is how long-term can I go?"

And of course, Porada couldn’t help but mention the famous textbook.

"I mentioned how our professors had given us an assignment from the textbook that was really hard," Porada recalls, "and Dr. Norvig was talking about how they could have gone into more detail about it. I think he really knows the whole book inside out."

Now that the scholarship is helping support Porada in his senior year, his next plans revolve around his life after Stevens.

"I’m applying to grad schools," he says, but he’s also open to working first. "I interned over the summer at Amazon on a machine learning team. They try to have each team function as a startup, and that’s why they have a lot of small really cool projects—like Amazon Go. I could go back on that team."

In the meantime, he’s finishing his undergraduate thesis. "I’m working in the computer vision lab with associate professor Enrique Dunn and one big project is reconstructing a 3D scene from 2D images," Porada explains. "A lot of people are working with unstructured image sets, i.e., tourist photos of a location. We take all those images and recreate the scene."

"I’ve been creating an uncertainty metric for that. I’m working on figuring out how accurate the estimation of the model is." Whatever the future holds for Porada, he’s sure of one thing: it will definitely involve AI.