Stevens’ Sororities Offer Sense of Community at Castle Point and Beyond 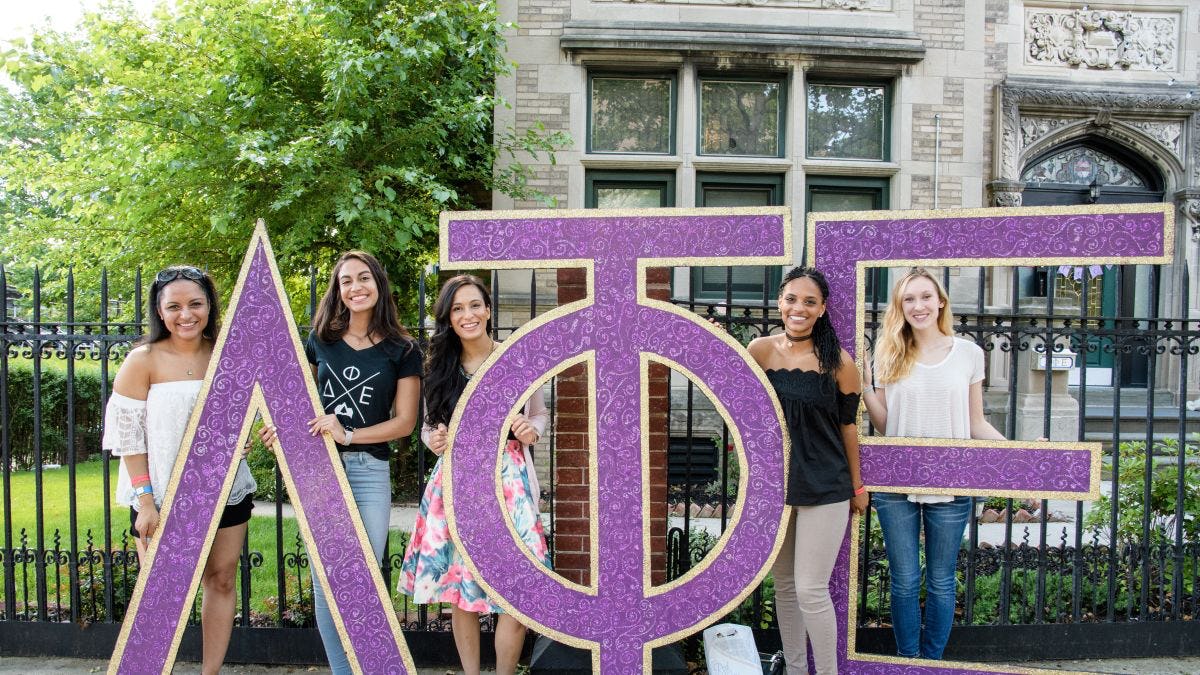 With roughly 40% of undergraduate women belonging to a sorority, it’s no secret why they’re so popular at Castle Point: “I want girlfriends on campus,” Nadia Hoellrigl ’19, a founding member of Alpha Phi, says bluntly. “I have so many guy friends, which isn’t a bad thing, but I wanted someone to relate to more, to share in our female empowerment.”

Hoellrigl is not alone in her reasoning. Glen Abellana ’19, a member of the cultural sorority Omega Phi Beta, says the interpersonal relationships she’s built through her sorority have greatly enhanced her Stevens experience.

“In most of my classes, I’m one of three girls and it can be intimidating, but talking to other women with similar experiences just makes it better,” she says.

And it’s been that way since sororities made their first appearance on campus, not long after undergraduate women were admitted in 1971. Dean of Students Ken Nilsen explains that in the early years, the fraternities on campus had “little sister” groups to partner with for social and service activities, but those groups were never sanctioned and the women were never given membership. Because of that, he says, the women felt they deserved more. These groups fell by the wayside and developed into sororities. 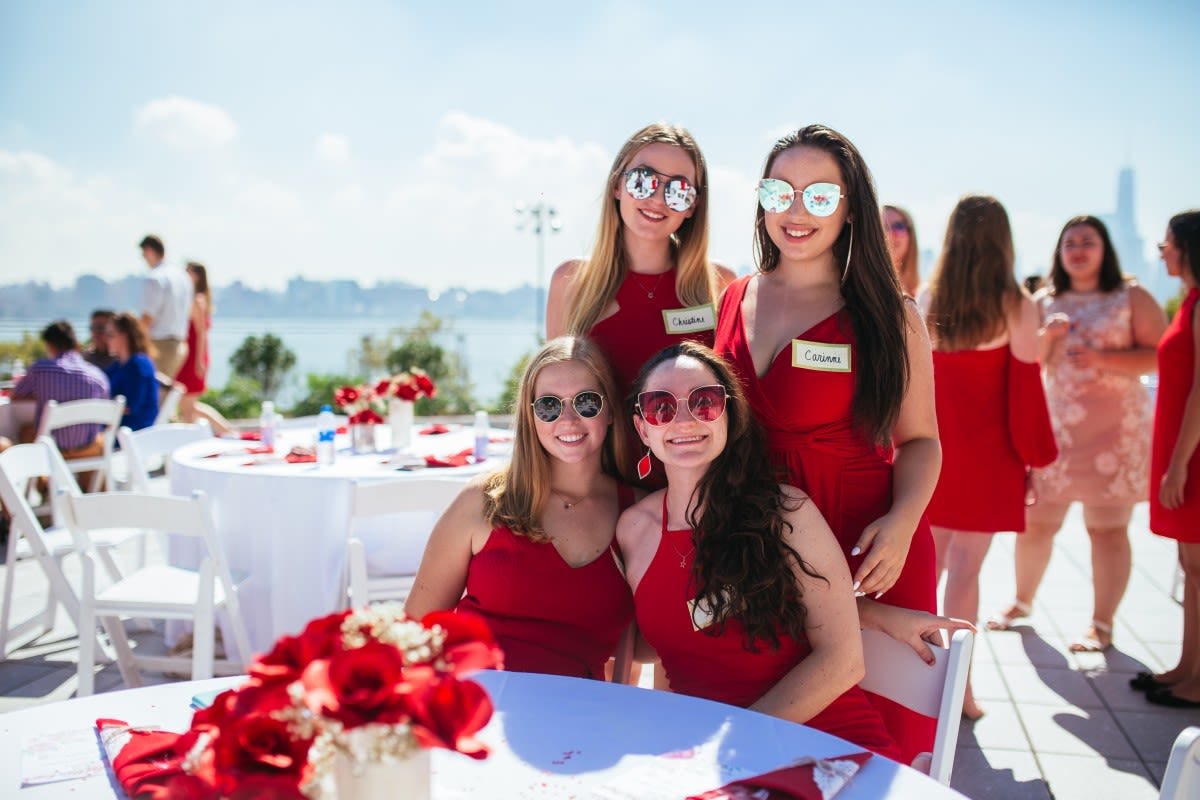 “Phi Sigma Sigma was the first sorority founded at Stevens in 1982, and it started as a local interest group before partnering with a national group,” he says.

Elizabeth Wrzesien ’82 M.S. ’87 was a member of the local interest group, Zeta Omega, before helping bring Phi Sigma Sigma to campus during her senior year. She says that while the camaraderie of Stevens women students continued, the national affiliation helped in other ways.

“It was more structured, and the national affiliation brought us greater recognition,” she says. “Also, having a relationship with the greater entity allowed us to have a connection with women from other schools, which is also nice.”

That connection with the greater national organization has long been part of the draw to sororities, too. Mary Schurgot ’06 M.Eng. ’08 Ph.D. ’12, a member of Phi Sigma Sigma who has served in various leadership and volunteer capacities for the national and international levels of the organization, says that the practical benefits of membership last far beyond the time spent together on campus.

“When you join a sorority, you instantly gain a network for life. I’ve personally gained so many mentors from the connections that I’ve made.”

Another active alumna, Emily Smith ’03 M.Eng. ’03, who’s president of the National Development Corporation for Delta Phi Epsilon, says that while she gained a long-term professional network, she also was “inspired and empowered for a lifetime of leadership and service.”

“Opportunities for leadership are significant within your sorority life on campus. Through opportunities to lead within the chapter, you develop leadership skills and learn your own leadership style so that you are confident in yourself and able to say ‘yes’ to future opportunities,” she says. “After college, that experience translated to me having the faith in myself to accept the challenges laid before me at work and to take on leadership opportunities within my firm. The time I spent working in a team and leading in college gave me a head start on my peers when entering the work force.”

Service is another major driving force of Stevens’ sororities, at a campus and national level, with every sorority having a philanthropic cause. For example, members of Theta Phi Alpha work with The House that Theta Phi Alpha Built to help improve the plight of the homeless, while Sigma Delta Tau hosts “Eat Your Way Through Hoboken” to raise money to prevent child abuse.

Abellana says that Omega Phi Beta hosts events on campus, such as a special education workshop in conjunction with the Office of Diversity and Inclusion, and participates in the national Ray of Hope Walk to End Violence Against Women, held on the first weekend of October. “It’s so important to engage in service to the community. These events also create opportunities to bring all the Greek organizations together.” 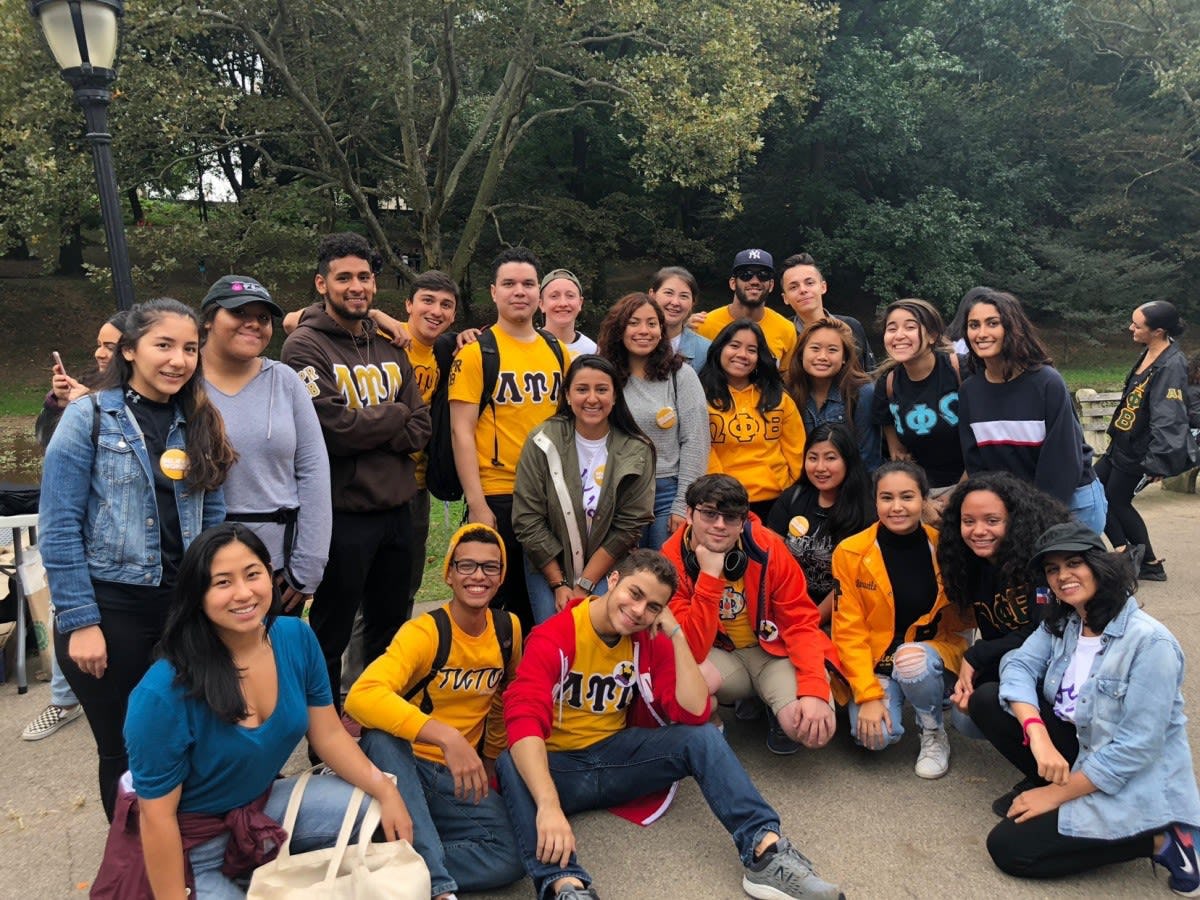 Ray of Hope: Members of Omega Phi Beta attend their national philanthropic event, the Ray of Hope Walk to End Violence Against Women, along with other supportive Stevens Greeks.

As the number of women students on campus has increased, so has the need for more sororities. In the past five years alone Stevens saw its number of sororities more than double and, with the addition of Sigma Psi Zeta this spring, it now totals seven. Nilsen explains that the three original groups on campus — Phi Sigma Sigma, Delta Phi Epsilon and Theta Phi Alpha — were at capacity.

“We needed more options, so there was a deliberate extension program to accommodate those who want to join,” he says. “It’s important for Stevens, too, because these ties connect them to this institution and allow them to continue to support Stevens going forward.”

More important than anything, though, are the friendships with other women sharing a similar experience. Smith is part of a group of 15 that regularly communicate and try to get together annually, and Schurgot says all of the bridesmaids in her wedding were her Stevens sorority sisters. And while Hoellrigl knows she’s made lifelong friends through Alpha Phi, the everyday support can’t be overstated.

“I’ve met such wonderful people, who I never would’ve met without the sorority. There’s the benefit of ‘older sister’ wisdom and hearing different perspectives, but there’s also comfort in something so small as borrowing a dress,” she says. “It’s a safe space to talk about anything. And when you need your sisters, they’re always there.”