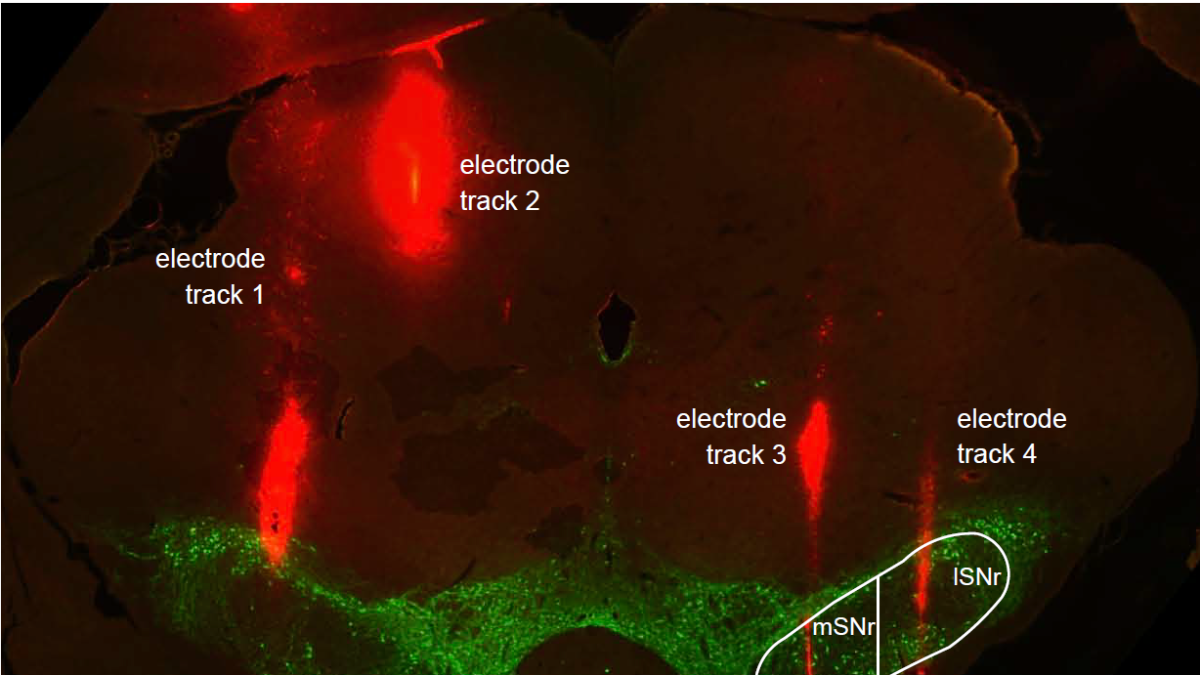 Walking may seem like a simple thing to do—but for people with Parkinson’s disease, it can be very difficult.

The process of putting one foot in front of another is a complex interaction between systems in the body and nerve cells in the brain. Parkinson’s patients experience a progressive degeneration of brain nerve cells, robbing them of dopamine and greatly inhibiting their ability to move by slowing movement, forcing them to take small or shuffling steps or freezing in place. This is called gait dysfunction, and a promising treatment for it is deep brain stimulation (DBS), but finding optimal stimulation locations in the brain to alleviate it is tricky.

George McConnell is trying to make finding those locations easier. 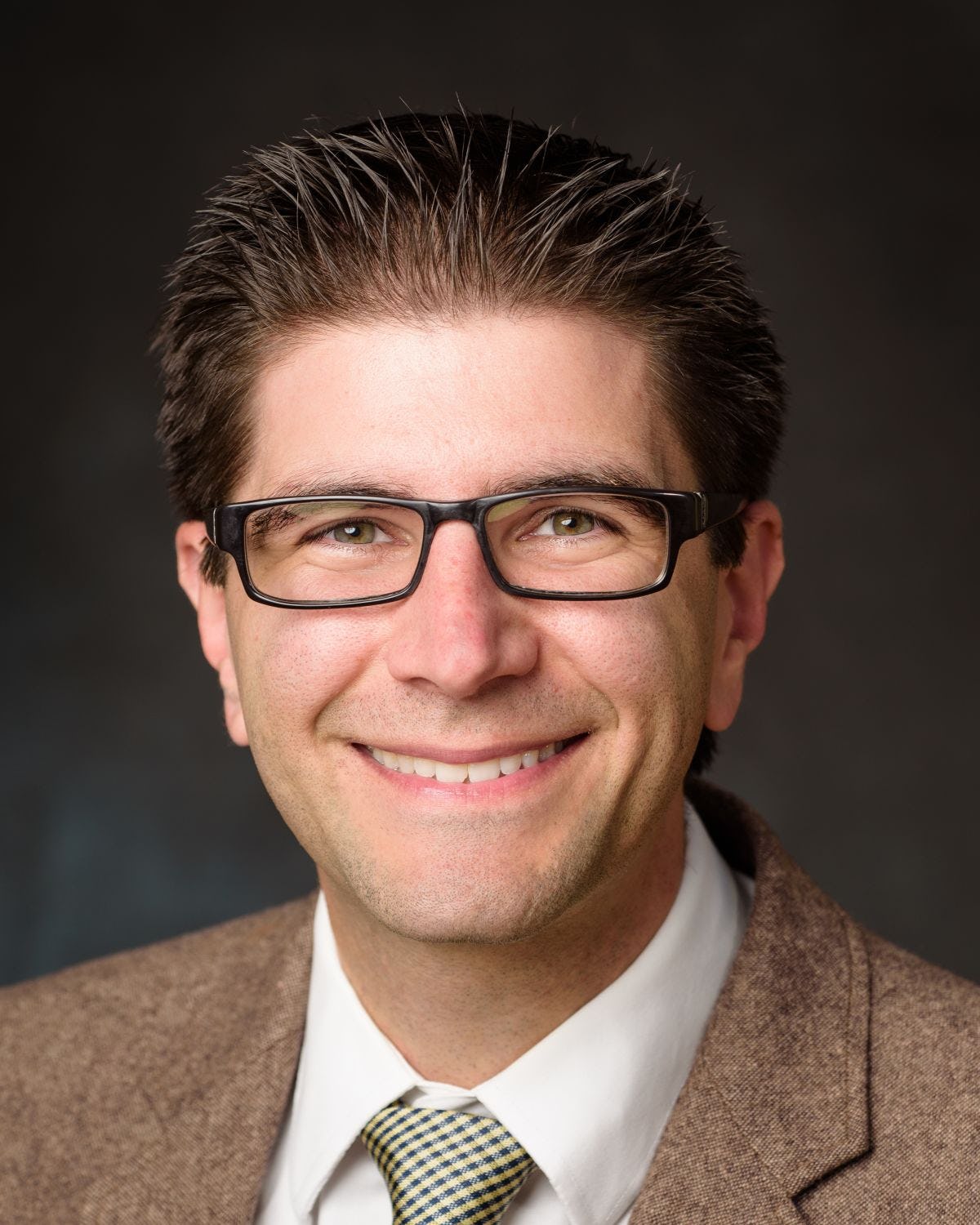 McConnell, an assistant professor in the Department of Biomedical Engineering at Stevens Institute of Technology, conducts DBS research in areas of the brain associated with gait dysfunction.

Targeting parts of the brain "smaller than a grain of rice"

DBS is effective because it acts like a pacemaker for the brain, correcting activity through the delivery of tiny electrical pulses and decreasing symptoms. "If we are to harness the full potential of DBS, it is critical that we understand how it works," McConnell says.

While McConnell’s research is aimed at improving DBS, he doesn’t perform it on patients in his lab. Instead, he conducts DBS studies on rodent brains, targeting small regions to create techniques clinicians can use on humans. "My previous work has shown that the effects of DBS in Parkinson’s-like rodent brains parallel the effects of DBS in Parkinson’s patients. The brain regions we are targeting are easy to miss because they are so small—smaller than a grain of rice in some cases," he explains.

He and the students and staff in his Laboratory for NeuroInnovation develop new DBS targets for both gait dysfunction and postural instability–Parkinson’s symptoms with no responsiveness to DBS and no effective pharmacological treatment. Their research has been largely funded by support from the National Institutes of Health and the Branfman Family Foundation.

"We use engineering techniques - combining behavioral analysis and extracellular neural recordings - to design novel neural stimulation strategies in the most well characterized animal model of Parkinson’s available today," McConnell says. This means he and his students observe changes in patterns of brain activity in relation to the motor symptoms of Parkinson’s with and without DBS, and use those data to identify stimulation points to alleviate symptoms in living rodent brains.

McConnell’s previous results suggest that DBS in the substantia nigra region of the brain—the one directly targeted by Parkinson’s disease—can improve gait dysfunction. McConnell hopes that clinicians will take the observations from these results to treat gait dysfunction in Parkinson’s patients. Some researchers have already taken note: a team of neurosurgeons and neurologists in Germany have taken these results and used them to guide their clinical trials.

"Seeing my preclinical studies translate into helping people achieve better outcomes is truly rewarding," says McConnell. "It’s one of the biggest highlights of my career."

But what she appreciates most about the work she’s doing with McConnell is the fact that DBS is helping people.

"DBS research is so important because Parkinson's afflicts ten million people worldwide," she says. "I have seen how patients struggle because a member of my family lives with Parkinson’s."

For McConnell, the success of his students at Stevens is another motivating factor behind his research. He wants them to experience the personal rewards of how their research efforts can personally help people, stating "they are helping to provide a stepping stone to future clinical application."

"A source of personal motivation"

McConnell is receiving other recognition for his work as well. He was selected by Drexel University as a 2019 "40 Under 40" alumnus doing outstanding work in his profession and community.

McConnell also recently presented his research findings at the North American Neuromodulation Society Summer Series meeting in New York City, a major one in his field. He also presented a new technique at that meeting: Stimulus Pulse Aligned Coherence Analysis in Evoked Recordings (SPACER), which identifies brain regions using microelectrode recordings and may prove useful in improving the accuracy of identifying brain regions.

"We hope that SPACER will be useful in humans to predict DBS electrode location, where the methodology for targeting brain structures is at present qualitative and could benefit from a quantitative approach," says McConnell.

McConnell’s lab has been supported by the Branfman Family Foundation for the last two years. The foundation is a private organization providing funds and scientific collaboration for the study of Parkinson’s’ disease.

He meets with members of the Branfman family throughout the year to discuss research and catch up with foundation president Dr. Alan R. Branfman, who had Parkinson's Disease for more than 20 years and recently passed away.

"Alan struggled with gait symptoms associated with Parkinson’s, and to have someone like him support my research is a source of personal motivation," McConnell says. "I am enormously grateful for his support, and for the support and encouragement of his family and the foundation."