Stevens Professor Works to Keep Us Safe Through Sound Research 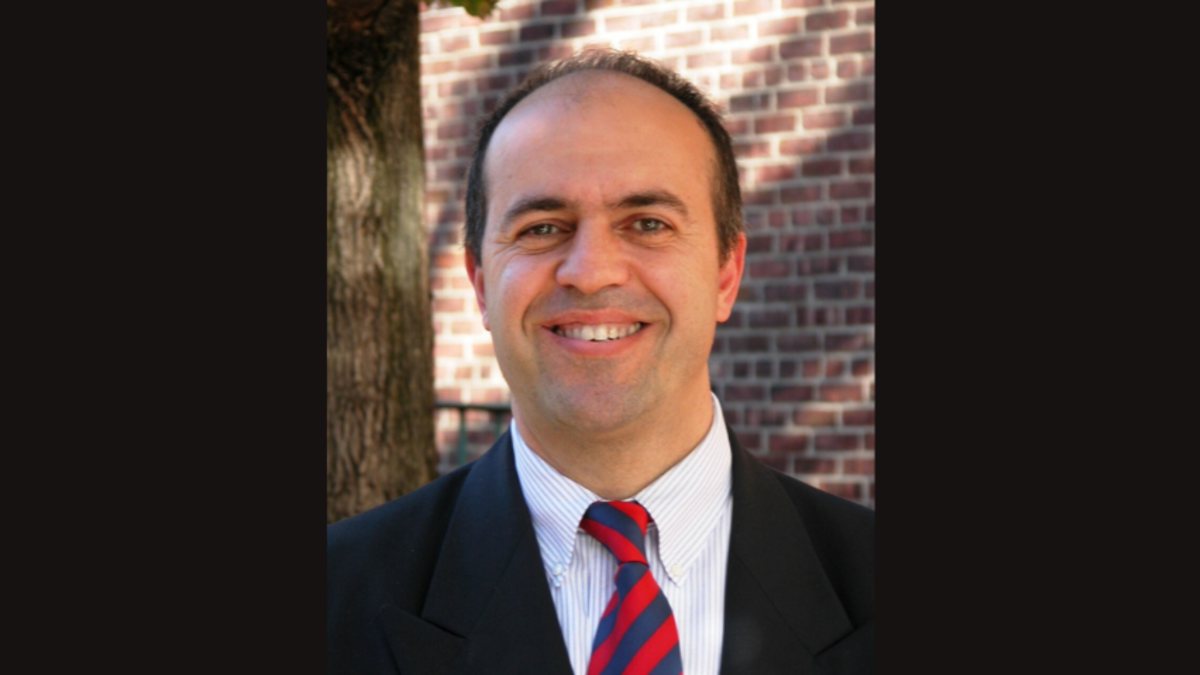 Hady Salloum thrives on using the science and technology of signal processing, plus the power of relationship-building, to solve some of our world’s most critical problems

With his second Department of Homeland Security advisory appointment, and millions in public and private funding, Hady Salloum is fully invested in detecting potential security concerns.

Underwater, in the air, on land, or even burrowing in bags of grain, threats meet their match when Hady Salloum and his team begin researching ways to detect their presence. It’s why this Stevens Institute of Technology electrical and computer engineering research professor’s expertise is in such high demand throughout some of the country’s top government agencies as well as within the private sector.

A graduate of a Ph.D. program at Stevens, Salloum is the director of the Stevens Institute of Technology Maritime Security Center (MSC), a highly respected Department of Homeland Security (DHS) Science & Technology Directorate (S&T) Center of Excellence. He’s also the director of the Sensor Technology & Applied Research (STAR) Center at Stevens, a consortium that aims to exploit and build sensors in support of defense, security, healthcare, infrastructure and communications.

“Being on the NMSAC allows us to leverage our expertise at Stevens to help our country address emerging threats and concerns,” Salloum said. “It opens doors to meet key people, to learn firsthand about our challenges as a nation, and to see what’s coming on the horizon so we can either leverage existing capabilities or build new ones and be part of the group to help solve these problems.”

But neither maritime nor security was on Salloum’s radar for the first 20 years of his professional life. He had worked his way up to leadership roles at Bell Communications Research/Telcordia Technologies (now Ericsson) when opportunity knocked.

“Since the 1980s, I had been in telecommunications research that involved broadband ISDN, DSL, fiber to the home, and other technology innovations related to the internet,” Salloum recalled. “Then in 2006, I was invited to work at Stevens to help support maritime security.”

Although it wasn’t necessarily an expected next step on his career path, it turned out to be an ideal fit.

“That summer I had met [then-president] Harold Raveché, and I knew and liked other people here as well,” he said. “Every few years, I liked to change fields, and this was a completely new area with a unique opportunity to leverage my engineering background into solving real maritime security problems that are important for our country and even our world. Whatever we can do to detect threats and prevent illicit maritime activity – that’s still a big attractive part of it for me.”

For nearly 16 years, Salloum has developed technical expertise, critical technologies and trusted partnerships all designed to do just that – helping keep our homeland safe.

He is consistently one of the top principal investigators at Stevens, having earned more than $20 million in funding to date. He has received two U.S. patents, most recently for his passive acoustic detection, tracking and classification system and method, which earned a 2020 Thomas Alva Edison Patent Award in the Homeland Security category. In 2019, he was one of 66 academic inventors inducted into the National Academy of Inventors inaugural senior member class. In fact, the success that has consistently earned the MSC its distinguished Center of Excellence status for 13 years is about to earn it another major milestone: a transition to an Emeritus Center of Excellence.

“It’s like graduating,” Salloum explained. “We’ve accomplished and even exceeded all the objectives the DHS set out for us. We’re still considered a Center of Excellence, so we will still attend meetings and participate in DHS activities. And instead of accessing funding under a cooperative agreement anymore, we’ll be able to seek out opportunities to get funding and work on research projects directly with agencies.”

Of mice and men – and insects and drones

The MSC team has made a difference in a remarkable variety of initiatives.

In one project, the MSC team leveraged its knowledge of underwater acoustics to build a system that detects aircraft using acoustics, which led to a contract to collect the acoustic signatures of drones for detection of unmanned aircraft systems.

“We collected an extensive database of acoustic drone signatures,” Salloum recalled. “Then we developed an array and became part of the team evaluating detection systems and building a mobile lab to collect and analyze data.”

The team is also working with iModal Ground, LLC, a West Virginia company interested in developing an underwater acoustic security system that will protect ports, waterways and waterfront properties from surface and underwater intruders. Another project had more than its fair share of bugs – literally.

“During a student tour of the Port of Newark, New Jersey, Customs and Border Protection (CBP) was showing us how it manually inspected produce and grains to prevent invasive species from entering the country and infecting our agriculture,” Salloum recalled. “We thought we could help with a better way to look for insects in grain or rice.”

With an initial seed grant, he led the MSC team to develop a microwave-based, handheld sensor system that could easily detect any movement related to pests in a bag of grain. That turned into a project to develop a program around the sensor, and then another project to create a more sophisticated sensor – all told, a multi-million-dollar effort that led to an opportunity to use similar technology to help another company develop a system to detect mice.

A bright and shining legacy

The MSC has also served as a springboard for the STAR Center, created in 2018 to expand on the MSC’s work to partner with the Department of Defense, industry, and others beyond maritime security. It takes all of the science and applications developed through the MSC, tailoring them more broadly across domains.

“We started with maritime security, and we’ve ended up in sounds on land and in the air, and mice and insect detection,” Salloum observed. “They don’t seem to be related, but the commonality is at the system level.”

The commonality is also the extremely practical nature of everything Salloum and the MSC support.

“It’s exciting to build relationships, uncover opportunities, apply research to understand a problem, then build a prototype or a system that fills the gap and addresses real issues,” he said. “People trust us and want to work with us because we have a really good team with the right attitude and willingness to consistently meet and exceed expectations.”

Moreover, Salloum has worked to prepare the next generation of researchers to take on the relentless challenges of protecting our waterways and solving other critical issues.

“We've been successful with our workforce development programs, creating pathways and pipelines for students to go right into internships and careers working with Homeland Security,” he explained. “Our students collaborate directly with research engineers and homeland security professionals for a robust hands-on educational experience. They leave our programs with technical skills and a deep understanding of critical homeland security needs. We stay connected with our student alumni, and are inspired by their career trajectories and successes. It’s a huge thrill to sit across the table from former students who are now homeland security stakeholders and colleagues in their own right.”