Stevens Names Dr. Yehia Massoud as Dean of the School of Systems and Enterprises 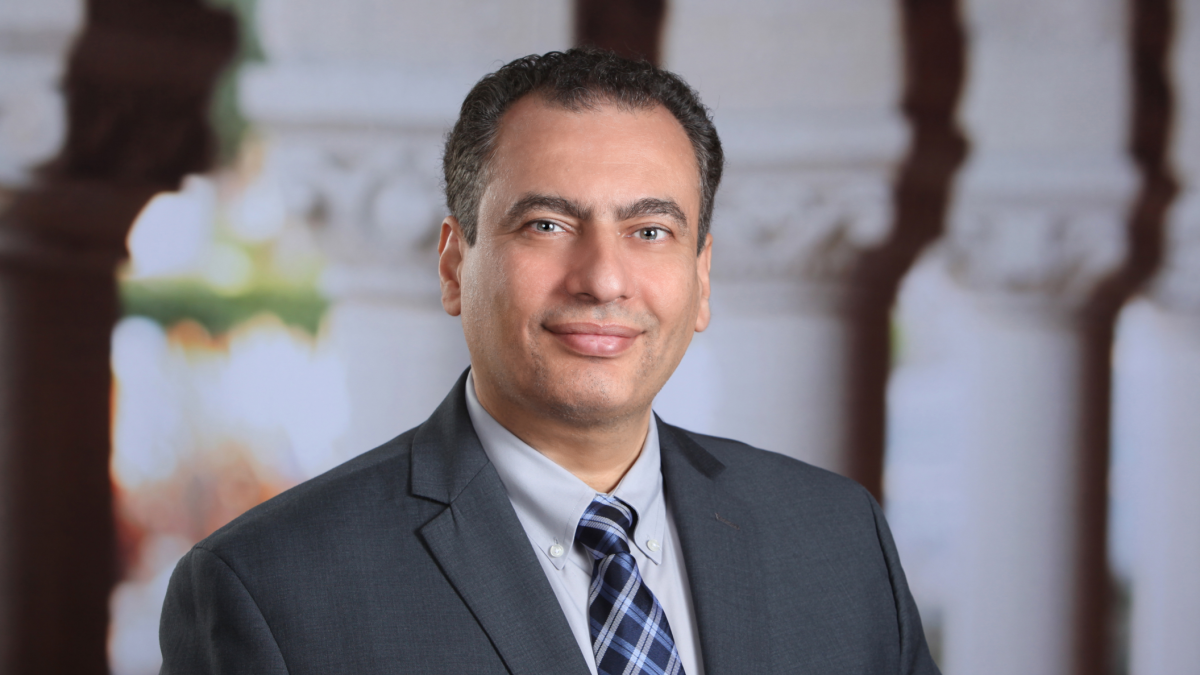 Christophe Pierre, Provost at Stevens Institute of Technology, announced that Yehia Massoud, Ph.D., an IEEE Fellow and renowned leader in integrated and complex systems, has been named the new dean of the School of Systems and Enterprises (SSE) at the university following a comprehensive search.

Massoud had been the head of the Department of Electrical and Computer Engineering (ECE) at the Worcester Polytechnic Institute (WPI) and will assume his new leadership role on January 1, 2018. During his five-year term at WPI, the ECE department saw considerable growth in research expenditures, research output, industrial partnerships, undergraduate and graduate student enrollments, unrestricted funds and gifts, and visibility and recognition. It also rose 25 positions in the U.S News & World Report department rankings.

“I am very pleased that a scholar and academic administrator of Dr. Massoud’s caliber will join the Stevens senior academic leadership,” said Dr. Pierre. “I am confident that his vision, experience, drive and commitment to excellence will enable him to propel SSE to higher levels of achievement and distinction as a vibrant hub for systems science and engineering. Dr. Massoud’s leadership will be a vital part of our efforts to continue Stevens’ steep upward trajectory as we further develop our stature as a premier institution.”

Massoud’s research interests reside in leveraging innovations in modeling, design and signal processing techniques to automate the design process of efficient computing and sensing systems targeting applications in health, computer systems and energy. He has successfully collaborated with numerous companies and government organizations on research projects.

Massoud is known for having developed the world’s first realization of compressive sensing systems for signals, which is critical for the realization of highly complex biomedical implantable and wearable systems. He published more than 220 papers in leading journals and conference proceedings, and attracted numerous grants and contracts from government and industry to support his research.

“It is a great honor to have been selected as the next dean of the School of Systems and Enterprises, one of the first schools in the world dedicated to systems science and engineering,” Dr. Massoud said in a statement. “SSE is building on its strengths as a world leader in systems science and engineering while leveraging strong interdisciplinary collaborations to play a transformative role in facilitating far-reaching solutions to some of the most pressing challenges facing our society in fields such as data analytics, security, healthcare and transportation.”

Massoud obtained his Ph.D. in electrical engineering and computer science from Massachusetts Institute of Technology in 1999. After that, he led a research and development group at Synopsys Inc., a leading electronic design automation software company. In 2003, he joined Rice University, where he was granted tenure at the ECE and computer science departments in just four years. Additionally, he also served as the department head of electrical and computer engineering at the University of Alabama at Birmingham.

Massoud has received many honors for his research and his service to the field. In 2009, he was elected to the IEEE Nanotechnology Council. In 2007, he was a recipient of the Rising Star of Texas Medal. Additional honors include the NSF CAREER Award in 2005, the Design Automation Conference Fellowship in 2005, the Synopsys Special Recognition Engineering Award in 2000 and two IEEE Best Paper awards.

Massoud’s contributions to his profession beyond his university work are extensive. He was named Distinguished Lecturer by the IEEE Circuit and Systems Society. He is the editor of Mixed-Signal Letters—The Americas and has served as an associate editor of IEEE Transactions on Very Large Scale Integration Systems and IEEE Transactions on Circuits and Systems. Dr. Massoud was also named to the IEEE Fellow Selection Committee in 2016 and 2017. He has worked extensively to raise both awareness and funding for research and engineering programs at WPI and across the U.S.

As dean of SSE, Massoud will oversee one the first schools in the nation dedicated to interdisciplinary systems science and engineering. Dr. Anthony Barrese has led the school as interim dean over the past 12 months and overseen its continued success. Today, SSE offers three undergraduate majors, seven master's programs and three doctoral degrees focused on the two core areas of systems and software engineering and enterprise science and engineering.

Stevens Institute of Technology is a premier, private research university situated in Hoboken, New Jersey overlooking the Manhattan skyline. Since our founding in 1870, technological innovation has always been the hallmark and legacy of Stevens’ education and research. Within the university’s three schools and one college, 6,900 undergraduate and graduate students collaborate closely with faculty in an interdisciplinary, student-centric, entrepreneurial environment. A range of academic and research programming spanning business, computing, engineering, the arts and other fields actively advances the frontiers of science and leverages technology to confront our most pressing global challenges. The university is consistently ranked among the nation’s elite for return on tuition investment, career services and the mid-career salaries of alumni. Stevens is home to three national research centers of excellence as well as interdisciplinary research programs in artificial intelligence and cybersecurity; data science and information systems; complex systems and networks; financial systems and technologies; biomedical engineering, healthcare and life sciences; and resilience and sustainability. Stevens is currently in the midst of executing a 10-year strategic plan, The Future. Ours to Create., which is growing and transforming the university, further extending the Stevens legacy to create a forward-looking, far-reaching institution with global impact.