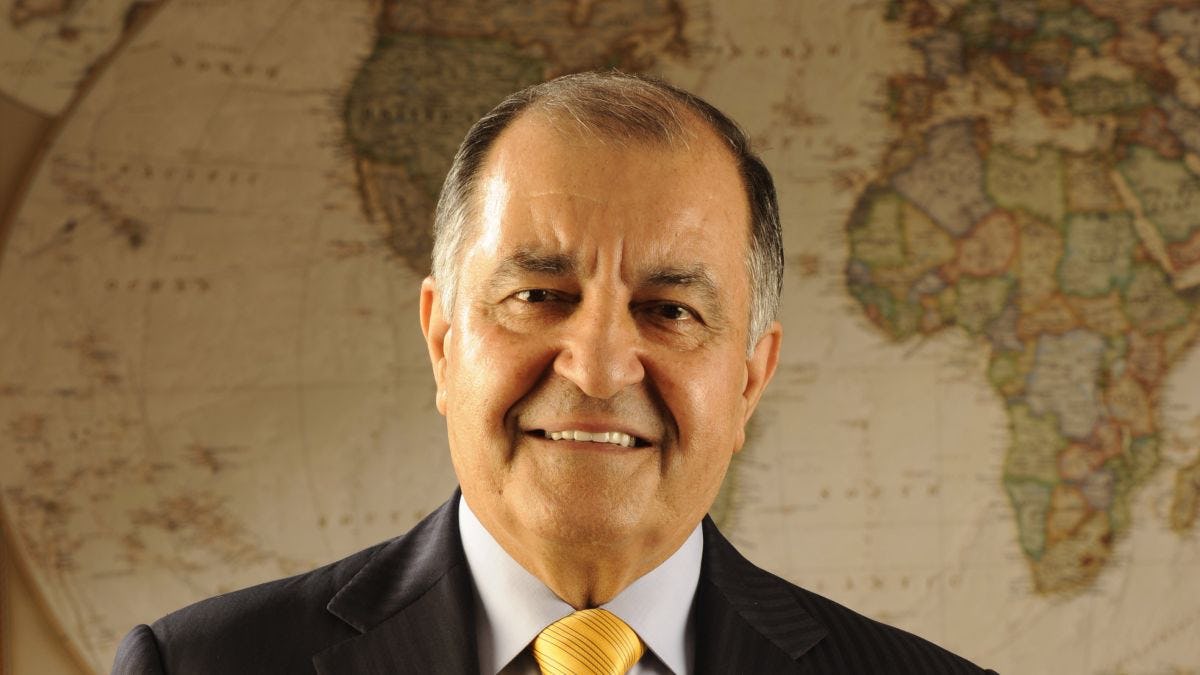 Business management, clarity of vision and value of taking risks will be subject of Seifi Ghasemi's commencement address

Seifi Ghasemi, president and chief executive of Air Products, one of the most profitable industrial gas companies in the world, will deliver Stevens Institute of Technology’s graduate student Commencement address on Wednesday, May 23 at the Meadowlands Expo Center in Secaucus, N.J. Stevens President Nariman Farvardin will also present Ghasemi with an honorary Doctor of Engineering degree.

“Throughout his career, Mr. Ghasemi has embodied values that Stevens holds dear, particularly the role of technological innovation in the advancement of his company and of society.  Mr. Ghasemi has positioned his company as a global leader in industrial gas products with a clear and decisive strategic plan,” said Farvardin. “His visionary leadership and effective management provide an inspiring example to our graduates as they pursue their own careers.”

Ghasemi became chairman, president and chief executive of Air Products in 2014. Under his leadership, he streamlined the multiple lines of business, successfully divested parts of the operations, and restructured Air Products to focus on its core mission.

Prior to joining Air Products, Ghasemi served as chairman and chief executive of Rockwood Holdings for more than a decade, leading the inorganic specialty chemicals and advanced materials company that was acquired by Albemarle Corporation in 2015. He also held leadership roles at GKN, a global industrial company, from 1997 to 2001, including those of chairman and chief executive of GKN Sinter Metals and Hoeganes Corporation.

Earlier in his career, Ghasemi spent nearly two decades with The BOC Group, an industrial gas company which is now part of the Linde Group. He served as director of the Main Board of BOC Group; president of BOC Gases Americas; and chairman and chief executive of BOC Process Plants and Cryostar.

Ghasemi is a member of The Business Council, an association of chief executives of the world’s most important business enterprises. He also was the recipient of the 2017 biennial International Palladium Medal from the Société de Chimie Industrielle for his distinguished contributions to the chemical industry.

He earned his undergraduate degree from Abadan Institute of Technology, holds a master’s degree in mechanical engineering from Stanford University and was awarded an honorary Doctor of Science degree from Lafayette College.

Commencement will be held at 4 p.m. at the Meadowlands Expo Center in Secaucus, New Jersey. For more information about Stevens’ 146th Commencement, visit Commencement 2018.