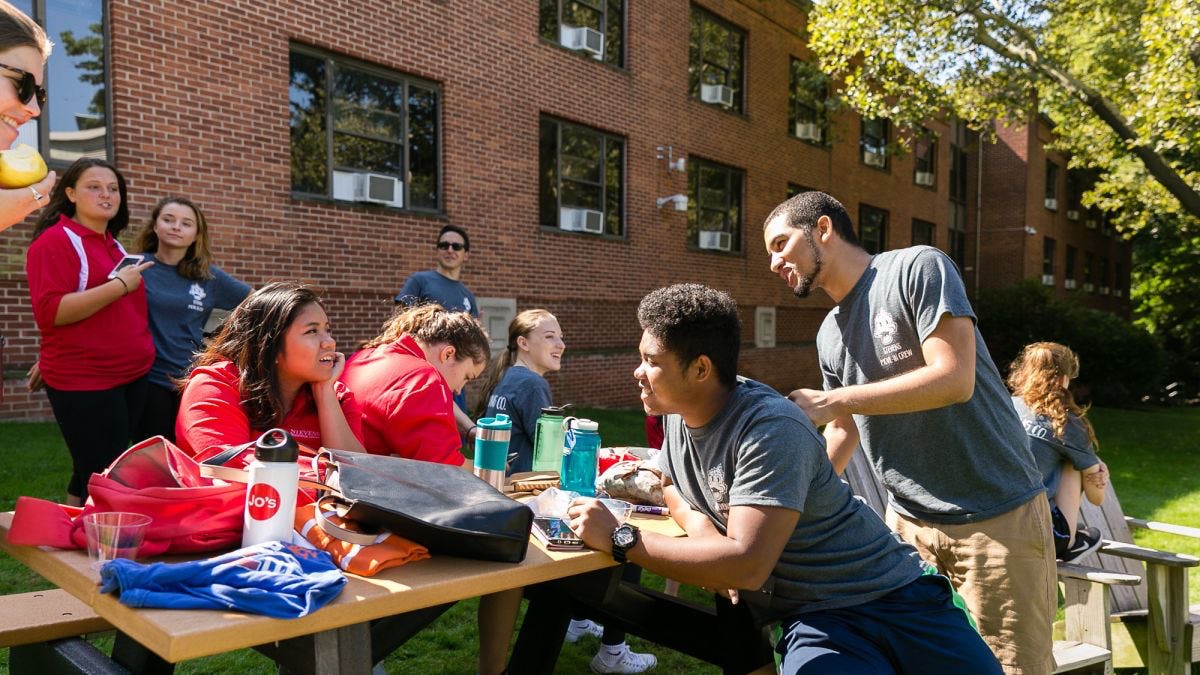 The incoming undergraduate class of students arriving on campus for the Fall 2017 semester make up the largest and most diverse group ever admitted to Stevens Institute of Technology.

Admissions data (as of August 21, 2017) offers a revealing snapshot of the composition of the incoming class, one that is richly diverse in geography, gender, nationality and academic majors.

Made up of approximately 810 members, the Class of 2021 represents more than 30 states and approximately 10 countries, and includes more than 130 scholar athletes recruited to join one of Stevens’ 26 varsity sports teams.

Nearly 30 percent of the new students are female. Additionally, the enrollment of under-represented minority students increased by 21 percent from last year.

Susan Metz, executive director of diversity and inclusion at Stevens, says she is encouraged to see the enrollment numbers hold steady or increase for women and under-represented minorities as it demonstrates the university’s progress in working towards improving diversity among the student body, one of the goals outlined in the university's 10-year strategic plan, The Future. Ours to Create.

“Universities have an obligation to provide students with an academic environment that provides opportunities to interact and learn from people with diverse backgrounds. Stevens exceeds the national average of women studying engineering and is making progress in attracting black and Hispanic students to its undergraduate programs,” explained Metz.

“Stevens is dedicated to creating an academic experience where ALL students are welcomed, valued and supported as they progress through their studies. The fact that 95 percent of our students return to Stevens after concluding their freshmen year is evidence of this commitment.”

Stevens continues to draw more and more students outside New Jersey, making up more than 38 percent of the incoming freshman class. The number of students coming from states outside New Jersey rose to 283 (from 246 in 2016). Internationally, Stevens’ appeal to students from China, India and South Korea remains strong, and the university welcomed new students from Vietnam, Germany, Jamaica, Japan and Australia.

The incoming class represents one of the most talented as admission to Stevens continues to be more competitive. These young men and women were selected from 8,335 applications, an increase of 12.5 percent from last year.

At Stevens’ largest school, the Schaefer School of Engineering & Science, the popularity of some majors clearly stood out – science and math majors jumped 54 percent while computer science saw a 48 percent increase.

“I am thrilled to welcome the Stevens Class of 2021!  This group of incoming students is extremely bright, diverse and inspired.  I am excited to see what the future holds for them and I wish them much success as they explore their passions here at Stevens," said Jacqueline Williams, dean of undergraduate admissions.