From Stevens Engineer to Air Force and Commercial Airlines Pilot, Alumnus Reflects on 37 Years in the Sky 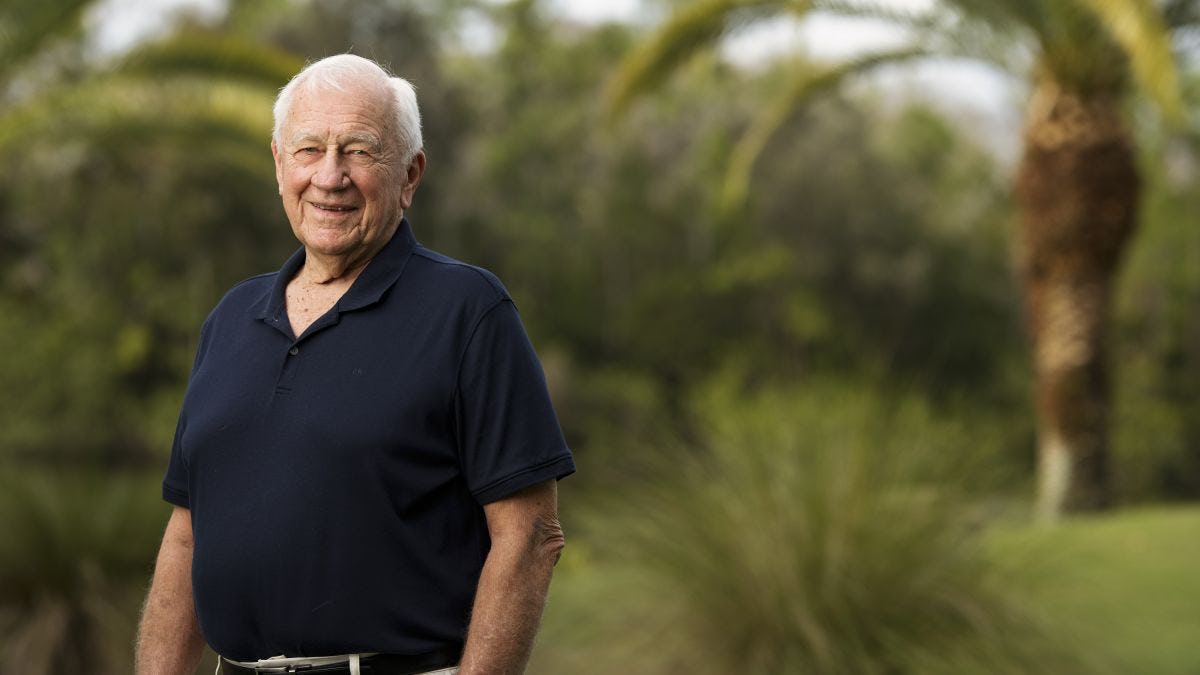 Kemp "Bud" Roedema '60, near his home in Estero, Florida, in January 2021. Roedema served two tours in Vietnam as an Air Force pilot and earned the Purple Heart. He later spent 32 years as a commercial pilot with American Airlines. Photo: Brian Tietz

Kemp “Bud” Roedema ’60 was 7 years old when World War II ended, when images of P-51 fighters ignited his imagination and the skies above his house in Garfield, New Jersey, seemed full of airplanes bound for faraway places.

“Airplanes were always an enticing thing to me,” he says. From building model airplanes in the cool of his basement during the long summers to testing a neighbor kid’s gas-powered airplane out in the street, he craved the adventure of flight.

His dream of becoming a pilot was later cemented at Stevens when he joined the Air Force ROTC and took his first airplane ride in a C-47 transport plane out of Newark Airport. He would fly for 37 years, 32 years as a commercial pilot with American Airlines and five years with the Air Force, including two tours of Vietnam that would earn him the Purple Heart.

Along his journey, he would experience the great joys of family and a fulfilling career, and the crushing heartbreak of losing loved ones — and almost his own life — in Vietnam.

“I think that Stevens, and the Air Force, helped me face a lot of life’s challenges,” he says.

Today, Roedema lives in Estero, Florida, where he retired in 1998 from American Airlines. (He retired at the then-mandatory retirement age of 60.)

The youngest of four children (his father was a Dutch immigrant), Roedema chose engineering at Stevens for its promise of a good job and future. But it also satisfied a passion for making things work in the world.

“Even today, I’m not afraid to take something apart and put it back together,” he says.

A scholarship student, he joined the Air Force ROTC as a way to fulfill his dream of flying. By the time he was a senior, he and a class of eight or nine Stevens pilots were flying Piper Cubs out of Teterboro Airport.

After a brief stint with the Bendix Corporation, Roedema reported for active duty with the Air Force in April 1961, and attended pilot training in Enid, Oklahoma, with survival and instructor pilot school following.

“You’ve been selected as a junior officer to become acquainted with the situation in  Southeast Asia,” he recalls the notice. “That was the first clue that I was going to Vietnam.

After training on the C-123 Provider transport aircraft, he headed to Saigon.

For six months, he was co-pilot on the C-123 transport plane, dropping paratroopers and supplies and operating a scheduled airline service for the South Vietnamese Air Force. He also served as an instructor pilot during much of his five years in the Air Force.

Roedema got to see the world, spending Christmas 1963 in Paris and then traveling on to Greece, Lebanon, Saudi Arabia, Bangladesh, Pakistan, Thailand and the Philippines — all in two months.

A dark day in December

On December 1, 1964, Roedema met up with his South Vietnamese student pilot who needed one more flight to complete his training. The two were flying in an A1-E Skyraider at about 200 feet on a simulated skip bombing run over an open meadow, in an area in which the civilian population had been evacuated. They were hit by some type of projectile, and the cockpit quickly filled with smoke and hydraulic fluid.

Roedema calmly recalls the ordeal; it is not one he has shared often. As he tried to climb the aircraft, it was becoming impossible to breathe. He tried to command his student to bail out, but the smoke just became too thick, and all communications had been destroyed. He bailed out of the airplane, his parachute got caught in a tree, and he, by some miracle, landed in a sitting position on the ground.

“Everything that happened — someone was looking after me,” Roedema says. 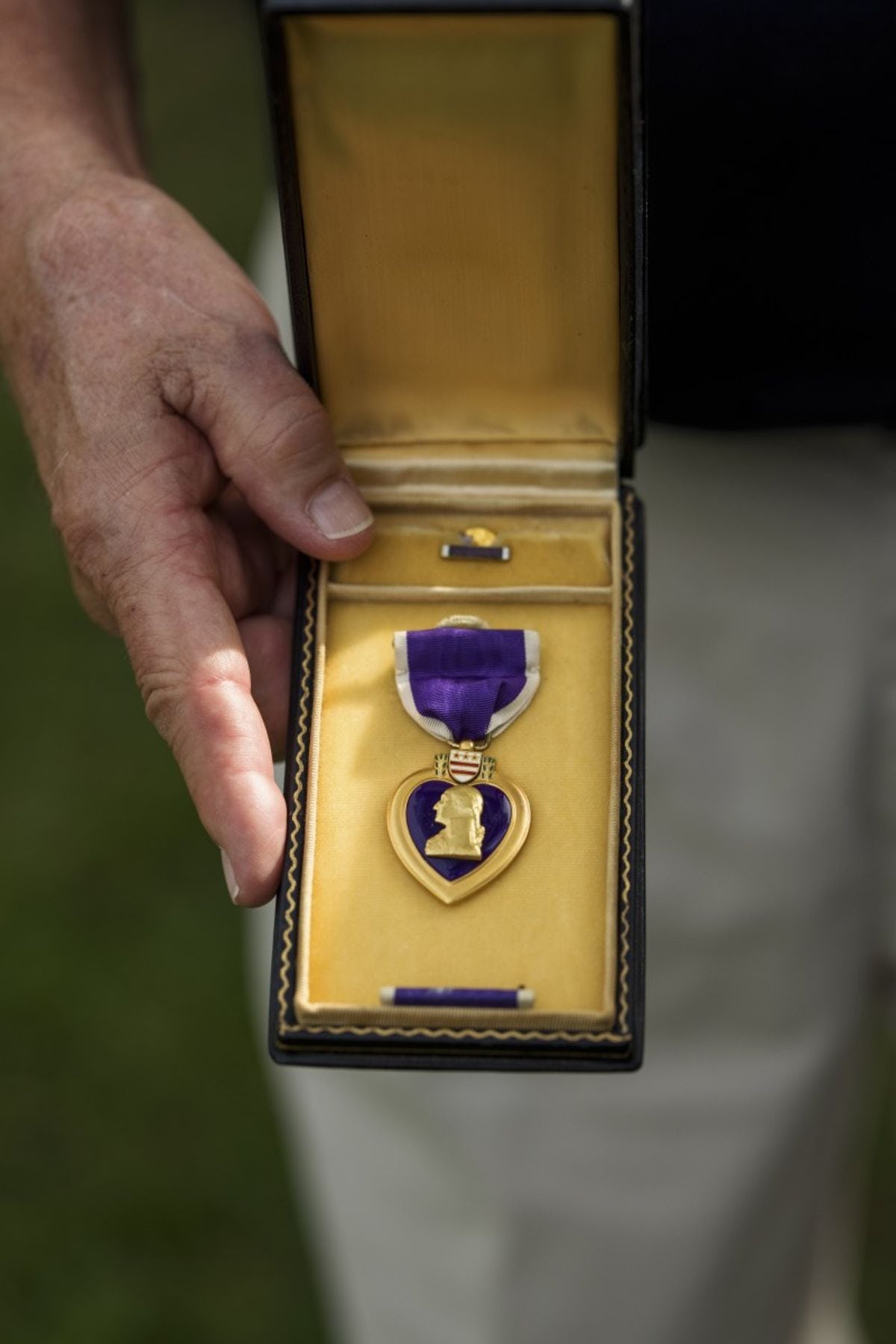 He found a hiding place and soon heard Viet Cong soldiers. At one point, they were within ten feet of him.

Roedema would spend four or five hours on the ground before a rescue helicopter picked him up. His helicopter took some fire during his rescue. He was sore, but basically unhurt.

Two days later, he was flying again. He downplays his quick return and thinks of others who have endured longer tours.

“I really wonder how these guys do four or five tours in Afghanistan and Iraq,” he says.

Roedema later met the father of the student pilot — a dignitary in the South Vietnamese government. His son’s remains were never recovered.

“These are things that happen in war,” Roedema says, quietly.

Roedema left Vietnam in June 1965 for an assignment in Alsace-Lorraine, France, where he met his future wife, Lucia, an Air Force flight nurse.

When he got back to the states in 1966, he “didn’t do a lot, instead concentrating on future endeavors. I had a chance to regain my bearings,” he says.

Roedema would earn the Purple Heart and the Vietnamese Air Gallantry Medal with gold wings for his service.

What stood out to him during his time in Vietnam was the camaraderie with his fellow pilots. “We all lived together ... we were all close-knit. For a year, you’re with the same people.”

Of the eight pilots he went to Vietnam with, six came home, and he and another of the six had been shot down and rescued.

Coming home, and back to the skies

A commercial pilot friend encouraged him in the next chapter of his life, and Roedema joined American Airlines in 1966.

For many years, he flew domestic — New York to San Francisco or Los Angeles were among his favorite routes. For airplanes, he flew everything from the Boeing 727 to the DC10 to his favorite, the Boeing 767. “It was like a big glider, as one can make smooth landings with it.”

For the latter part of his career, he flew internationally. His favorite routes: Brussels, Paris, London, Buenos Aries. “I always said that it’s great to get paid to do what you love. You’re in a different world when you’re flying,” he says.

“You’re looking around, and the rest of the world is below you. It’s not like going to work. I was just enjoying myself. I got to see places I thought I’d never see.”

Through it all, Roedema and his wife raised three sons in Marlboro, New Jersey.

He has experienced much heartache in his family. His oldest son, Kemp, Jr., died of a heart attack at age 48 in 2016.

With life’s challenges, he has found comfort in service to others and his family, which has grown to seven grandchildren and five great-grandchildren.

Until COVID-19, he and his wife were long active with Interfaith Charities — an organization of churches that runs food pantries and delivers Meals on Wheels. He worked the pantry and mentored young students; he enjoyed spending time with children whose parents were taking English classes at the charity and striving for a better life, as his own father had.

Roedema tells the story of a visitor who rang his doorbell not long after he had returned from Vietnam. It was a young man he had befriended in Saigon, who had escaped the draft by the South Vietnamese. Roedema had given him his address in the states. The man spent three days with Roedema and his family, left, and they never saw him again.

It was among the wonders of Roedema’s life — of surviving, and of getting to do the work that he loved.