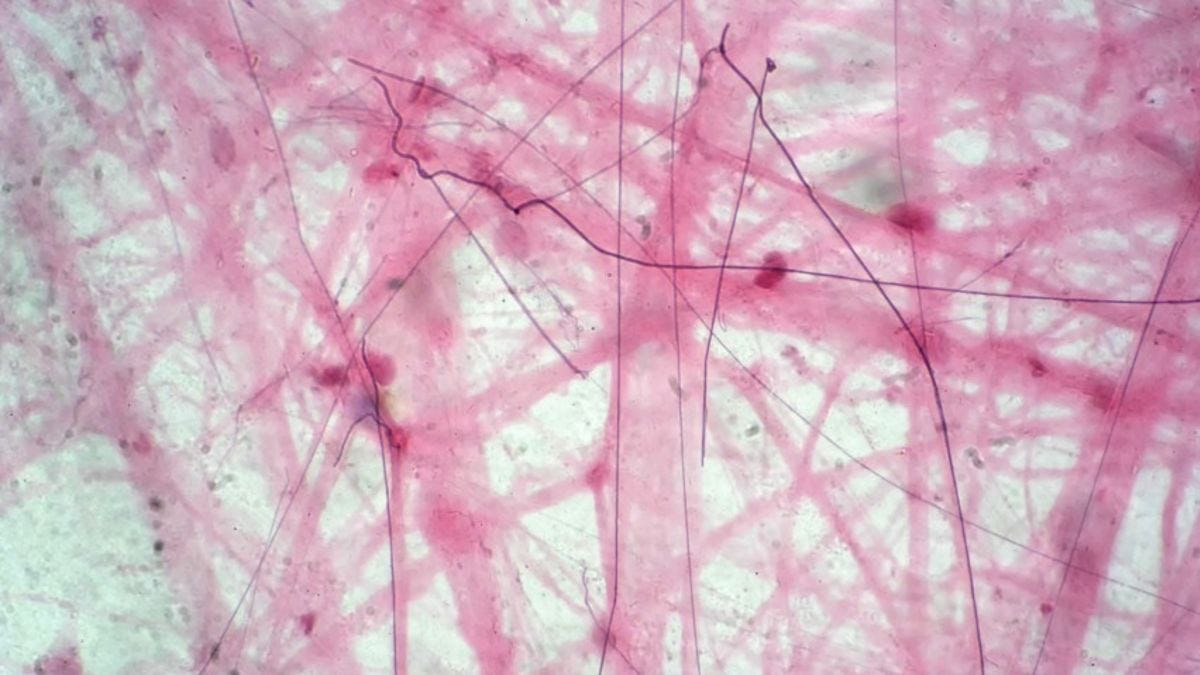 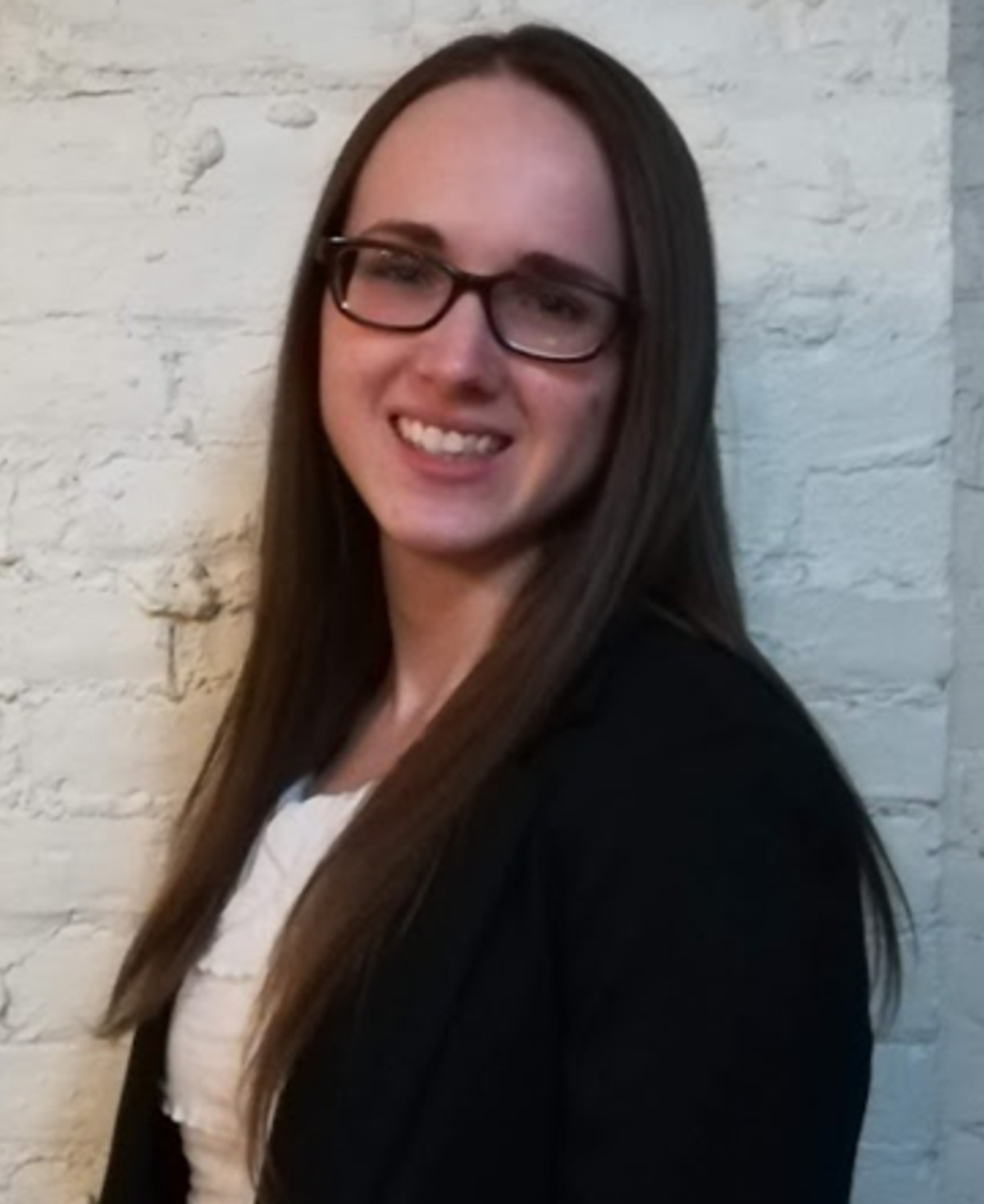 The competition included two rounds: the abstract acceptance stage and the virtual competitive poster presentation. After successfully completing these rounds, Stack was one of five exceptional young scientists selected to present at the 19th Annual Wound Healing Science & Industry Conference on June 24-25, 2022, at the Alexandria Center for Life Science in New York City.

Originally, Stack never thought of applying for any awards, “especially as I've encountered imposter syndrome in the last two years of my Ph.D. journey,” she said. Imposter syndrome is a psychological phenomenon that causes individuals to doubt their abilities and feel like they are not deserving of accolades for their accomplishments.

“But our collaborator, Dr. Leslie Gold at NYU, reached out to my advisor, Dr. Wang, and to me directly and said, ‘I think you should apply for this.’ I remember reading the description and thinking that there's no way I'm going to get it,” said Stack. Dr. Hongjun Wang is a biomedical engineering professor at Stevens whose research focuses on 3D tissue reconstruction, biomaterials design, regenerative engineering, and nanomedicine.

At the end of the competition, Stack received the award for her research, which demonstrates the potential of a technology that incorporates tailored nanofibers with calreticulin for tissue regeneration of diabetic wounds.

The problem is more than skin deep

The prognosis for diabetic foot ulcers is generally not positive.

According to Stack, diabetic foot ulcers often lead to amputation. “There's a 15% amputation rate within one year,” she explains. “Recurrences are a big issue—about 65% of cases return within five years. Even if it seems like the wound is healing, it'll reopen again.”

Diabetic foot ulcers can also lead to death, a rate of 40% in five years, according to Stack.

According to Stack, there are two main categories of diabetic wound care products in the US market: nonstructural and structural. Non-structural products facilitate the topical delivery of biomolecules to the affected region, while structural technologies support tissue ingrowth.

A common non-structural product, which comes in the form of a gel, is the only FDA-approved treatment for non-structural, cutaneous wound repair. Stack explained that only 34% of diabetic foot ulcers treated with this product healed within 20 weeks.

Stack noted that with current treatments, neither chemical nor physical cues alone are sufficient to overcome the deficits present in the condition of non-healing diabetic foot ulcers. Her research shows that incorporating calreticulin into biomimetic fibrous matrices could synergize the wound healing benefits of both chemical and physical cues.

When it comes to healing, what matters is the long-term health outcome, according to Stack.

“It’s not so much healing it fast, but better,” she said.

While reducing healing time would be a benefit for the patient, recurrence is such a significant concern, that it’s more important to get the treatment as close to native skin as possible to help prevent a recurrence.

There are other factors underneath the skin that can cause recurrence.

“We're talking about a very specific process called reepithelialization, which is when the outermost layer of your skin is closed,” said Stack.

Through further study, technology based on Stack’s research may have the potential to provide an innovative therapeutic approach to solving the problem of nonhealing diabetic foot ulcers.

But Stack noted that another larger issue is diabetes.

“One in every 10 people aged 20 and above in the U.S. has diabetes, and the percentages are worse for older Americans,” said Stack. And according to the Centers for Disease Control (CDC), one in every three Americans has prediabetes, a condition where blood sugar levels are near type 2 diabetes levels.

“Diabetes is an epidemic, and it's not going to get any better, it's going to get worse,” said Stack, whose father is a diabetic. “He's never had a diabetic foot ulcer, and I hope that he never will. But in that respect, this also hits close to home.”

And home has been a primary source of inspiration throughout her career. Stack, who plays the violin and was a member of the Stevens orchestra as an undergraduate, turns to music, gardening, and baking as a way to clear her head.

Stack attributes her appreciation of these activities to her mother, who was an opera singer in college, and today works as a nurse. Somehow, Stack’s career trajectory, beginning with her earliest experiences with engineering and science as a Girl Scout and culminating in her Ph.D., has led her to a similar place as her mother ― one where she can help people heal.