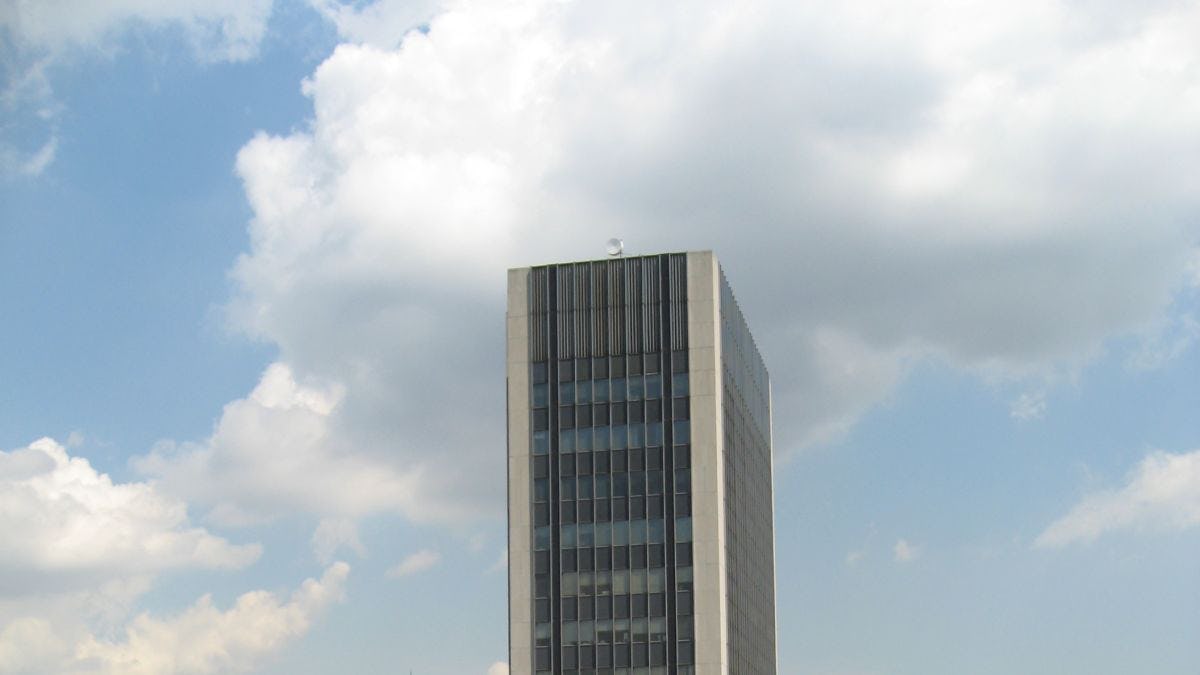 A solar array on the Stevens campus

Stevens Institute of Technology was among 23 businesses recognized by the City of Hoboken as a “2017 Hoboken Green Business” during the city’s sixth Annual Green Fair June 3.

Hoboken Mayor Dawn Zimmer congratulated the 2017 Green Businesses, thanking them for being “champions for sustainability” in a news release issued by the mayor’s office.

“Now more than ever, it is important to recognize that we can all play a role in protecting our environment,” said Zimmer. “These successful local businesses demonstrate that what’s good for the environment is also good business.”

To qualify for the recognition, Stevens and the other recognized businesses pledged to promote recycling, encourage reusable bottle use, promote sustainable transportation, reduce landfill waste and increase energy efficiency, as part of a Green Business Pledge put out by the city’s Green Team.

The university actively encourages each aspect of sustainability mentioned in the pledge, says Robert Maffia, vice president for facilities and campus operation, through a wide variety of resources on the Stevens campus that include solar compactors for trash and recycling, a bio-digester for composting food waste from the dining hall, biodegradable packaging materials and LED motion-sensor lighting.

In an area as densely populated as the Mile Square City, just minutes from Manhattan, taking steps to reduce the number of motorists on the road and transitioning to renewable energy vehicles is critical to supporting sustainable transportation, according to Maffia. Towards that objective, Stevens operates a shuttle system with multiple routes of service that offers students, faculty and staff easy access from campus and residences to all of Hoboken. Stevens is also home to two of the city’s Bike Share stations.

Additionally, the university recently received delivery of its first electric vehicle, and is in the process of procuring another, both replacing inefficient gas-powered vehicles. This is being done in conjunction with a plan to install five electric vehicle charging stations on campus this year.

There is a lot more to come, according to Maffia. He says the school will continue to be at the forefront of sustainability with initiatives across its campus in the coming year and beyond.

“Stevens is a university founded on the principle of leveraging science and technology to confront the most challenging issues of our time. To be able to advance our mission to benefit the city the school has called home for more than 145 years is a wonderful thing, and this recognition serves as an important reminder of the long-lasting relationship between Stevens and Hoboken,” said Maffia.

The university’s commitment to sustainability extends beyond campus operations. As part of its academic offerings, Stevens offers a master's program in sustainability management and a graduate certificate in sustainable energy systems.

Learn more about Stevens’ march toward sustainability, including research and campus-wide initiatives, in this feature story from the Spring/Summer 20017 edition of The Stevens Indicator:

Back in 2014, when Stevens called on Gotham 360, an energy consulting and management firm, to consult about the sustainability of its campus, several energy-efficient initiatives were already under way.

“The Central Steam Plant was being decommissioned and replaced by several smaller high efficiency boilers and cogeneration units — which produce useful heat and electricity at the same time — that were more cost-effective and efficient, and Stevens had also installed solar PV panels on nearly every available roof space and on the 8th Street parking lot,” says Sarah Gilly, an energy and sustainability programs manager with Gotham. “However, despite these impressive initiatives and the existence of some environmentally-focused courses, there was no true campus-wide sustainability program.”

Fast-forward to today, and Stevens has a Sustainability Committee that engages faculty, staff and students across all departments to establish and implement sustainability initiatives. The university participates in programs such as the U.S. Department of Energy’s Better Buildings Challenge, where it has committed to a 20 percent reduction in campus-wide energy intensity (energy used per square foot) by 2024. Stevens also recently earned a STARS (Sustainability Tracking, Assessment & Rating System) Silver ranking from the Association for the Advancement of Sustainability in Higher Education, just one year after becoming an AASHE member which, according to Gilly, is no small feat.

“Participation in STARS also allows Stevens to appear on lists of Sustainable/Green Schools published by the Sierra Club and The Princeton Review, which has been a goal of President [Nariman] Farvardin’s,” she says. “Now that this baseline has been established, it is much easier to observe and quantify progress.”

Robert Maffia, Stevens vice president for facilities and campus operations, has overseen the implementation of several other sustainable initiatives around campus, including solar compactors; a food waste bio-digester, which saw November 2016’s waste decrease by 9.25 tons compared to that of November 2015; 16 water bottle refill stations throughout campus which, to date, have diverted 125,000 plastic bottle from ending up in landfills; a partnership with Hoboken’s Bike Share program and two Bike Share stations on campus; and building-level sub-metering, which provides information on an individual building’s energy usage profile, allowing for improved energy management.

Looking ahead, there are more sustainability initiatives on the horizon, such as covered bike parking, which is already in the works. Also, five electric vehicle charging stations are planned for the Babbio Garage expansion, which are being funded by a grant from the New Jersey Department of Environmental Protection and with support from PSEG. And there’s an effort to expand electric sub-metering on campus.

“Currently, only five campus buildings have sub-meters that provide building-level energy consumption data, and we are developing a plan to expand sub-metering to the entire campus,” Gilly says. “Being able to track how individual buildings perform will allow for a more targeted approach to upgrades and participation in energy demand management programs, which could bring additional revenue and cost savings to Stevens.”

Stevens is also targeting the centerpiece of its campus revitalization plan — the Gianforte Academic Center, slated to open in 2019 — for LEED (Leadership in Energy and Environmental Design) Gold status.

“In all of our work, we try to infuse elements of sustainability and green infrastructure to ensure that we are being responsible stewards of our planet, which is important to us in the administration and a strong concern of our students,” Maffia says. “We are doing all of this while still maintaining the character of the campus.”

Another major initiative results from the continuing research of Dr. Elizabeth-Fassman Beck, an associate professor with the Department of Civil, Environmental and Ocean Engineering, who brought her stormwater management expertise with her when she came to Stevens from the University of Auckland in 2013. Fassman-Beck helped design the ABS Engineering Center’s rain garden, and the bioretention planters, rain garden and green roof media research projects planned for the North Building are all based on her research. Each of these engineered systems is used to capture rainwater and avoid combined sewer overflow, preventing the discharge of polluted water into rivers and streams.

“On the surface, these just look like gardens but there’s stuff going on underneath. There are functional layers within the systems and while all have similar objectives, they are different. They also present a significant research opportunity to test different combinations of materials, look at how different media affect water quality and to measure how water moves,” she says.

Fassman-Beck also helped advise a senior design team that took home second prize in the Master Plan Category of the 2015 Environmental Protection Agency’s Campus RainWorks Challenge. The students’ “Living Laboratory” plan, a storm-water containment plan that cuts down stormwater runoff and reduces the flow of undesirable substances to the Hudson River, includes 29 different systems that could be installed throughout campus. The Division of Facilities & Campus Operations has already engaged consulting firm Tetra Tech to implement one of the systems on campus, which will collect the runoff from DeBaun Field and roof runoff from Davidson Laboratory.

“As we continue to renovate, if there’s an opportunity for a RainWorks Challenge element, we try to introduce it,” Maffia says.

While the university continues to expand its use of the Living Laboratory project, a new RainWorks senior design team is hard at work, their project focusing on helping to reduce the flooding issues in the Griffith Building on Sinatra Drive.

“It means a lot that [Stevens] takes the RainWorks challenges seriously and is implementing them on campus,” he says. “It’s awesome and provides more drive when you know what you’re doing can turn into something. You’re not working just for the sake of learning and potentially being able to watch your ideas come to reality is really cool.”

Learn more about sustainability at Stevens.