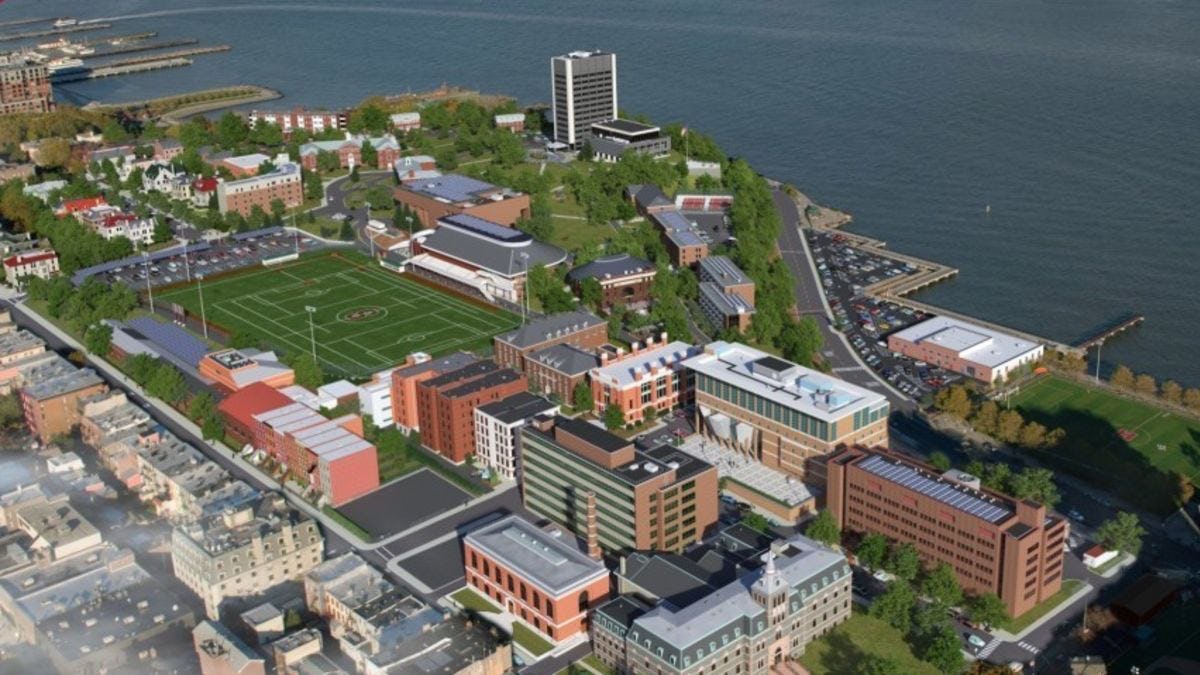 Stevens Institute of Technology held a day-long virtual Admitted Student Day on April 18, 2020 so that admitted students could engage with the university community and learn more about Stevens' vibrant living and learning environment

When students are asked what cemented their decisions to choose Stevens for their undergraduate education, they often cite the campus visit experience, and in particular, the annual Admitted Student Days.

So what happens when a pandemic hits and universities are forced to close campuses just weeks before one of the most critical periods on the recruitment calendar? 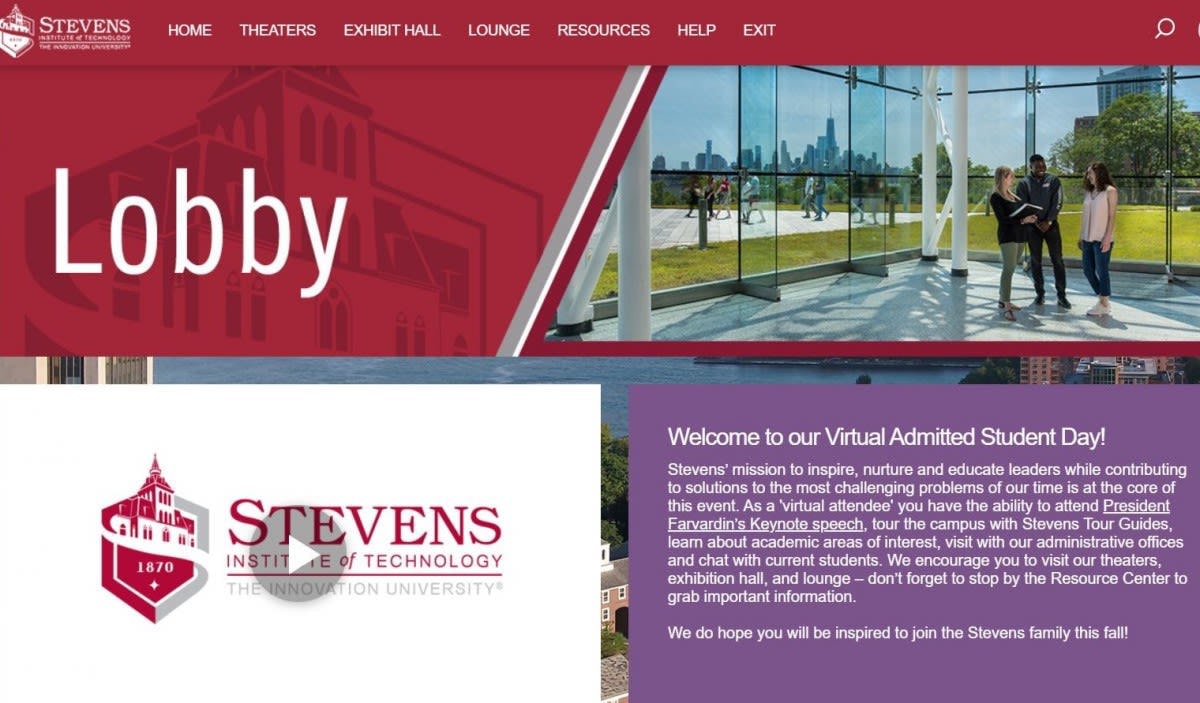 At Stevens, the answer was to bring the full force of the university community online for a day-long virtual Admitted Student Day on April 18. The result: a highly energetic “virtual fair” that conveyed the enthusiasm and excitement of the Stevens experience to the next incoming class of Ducks.

Nearly 800 admitted students attended, spending on average two and a half hours on a specially created website. Many spent time viewing a wide array of video segments of Stevens' campus facilities and academic programs, and participating in lively chat rooms moderated and facilitated by faculty, students and staff on subjects ranging from academic majors and minors to housing options, meal plans, student clubs, co-op opportunities and financial aid.

“They were asking really good questions, from what it’s like living at Stevens to asking about the hardest class I had taken,” said computer science sophomore Corinne Wisniewski, who was one of the many student tour guides on hand throughout the day.

She had to wake up earlier than her counterparts on the East Coast from her home in San Francisco to be ready for the 10 am (EST) start time. 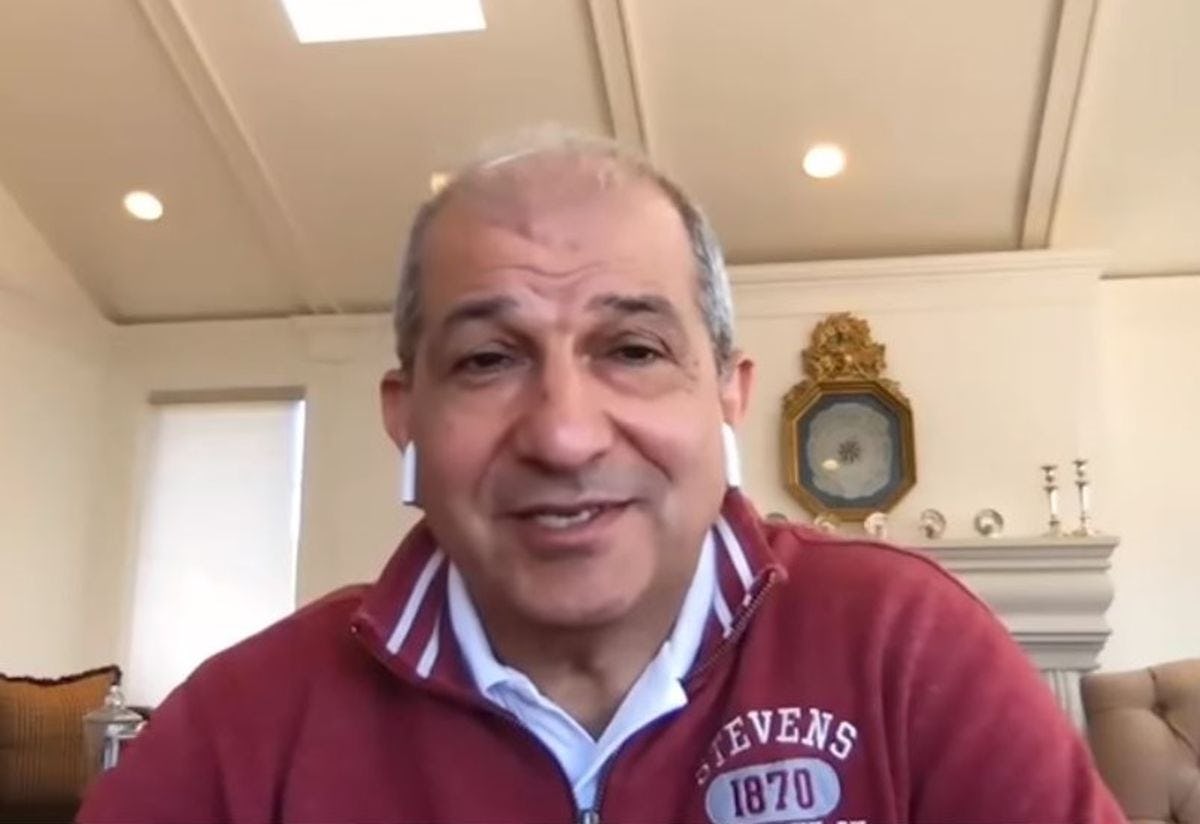 “I was working with admitted students the entire day and got a lot of direct messaging from students who had specific computer science questions. And I was consistently getting emails from admitted students after the event.”

Wisniewski knows from personal experience how important Admitted Student Day is in the college selection process and wanted to help replicate that experience for other students as much as she could as she bounced from one chat room to another responding to students’ questions.

“The tours and information I received when I participated in the event as an admitted student was invaluable to me in making my decision. So I was trying to do my best for the students personally even though they couldn’t come to campus. And I had a really good time interacting with them.”

The real-time engagement between admitted students and members of the Stevens community truly made the event a success, said senior multimedia director Christopher Robinson. 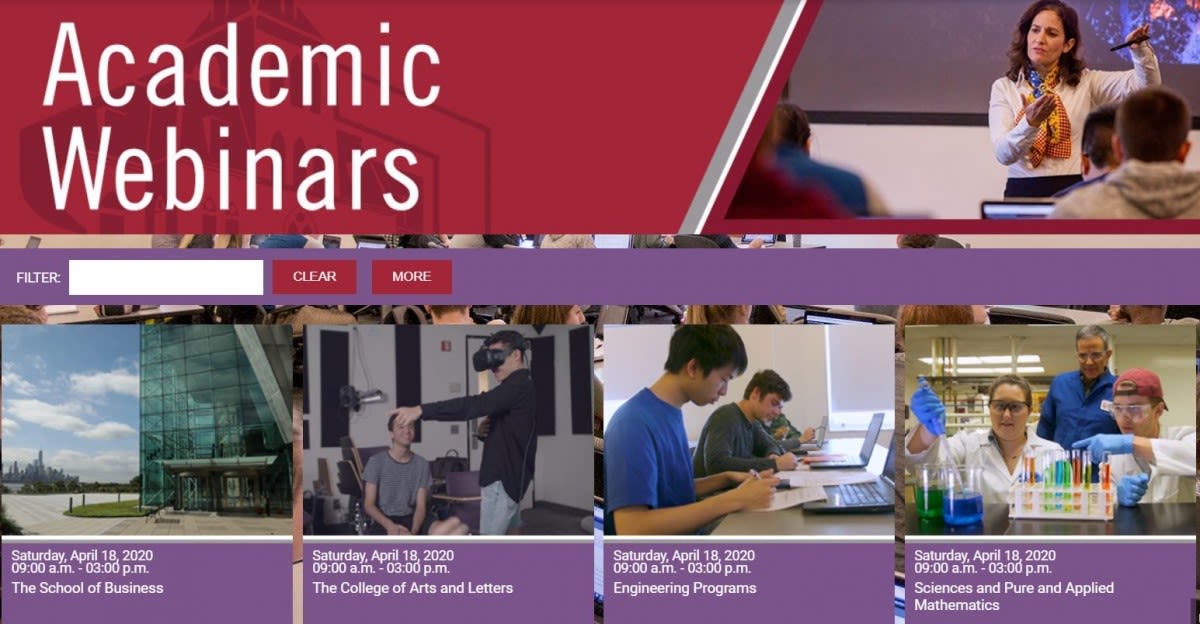 Five webinars provided information on the academic programs and majors within the university's four schools: Schaefer School of Engineering & Science; School of Business; the School of Systems and Enterprises; and the College of Arts Letters

“Our platform featured an exhibit hall with 16 booths with content specific to common areas of interest for admitted students. These booths were staffed by faculty and staff for the entirety of the event and featured live chats, so students could have their questions answered with real time responses.

We also had a lounge, where Stevens students and tour guides answered general questions. The platform allowed for direct messaging and private chats between staff and attendees, so there was a real sense of engagement and interaction.”

“Most attendees viewed a number of the video segments, and students were able to have their questions answered instantly. We’ve seen some posts on social media from parents indicating that the experience solidified their son’s and daughter’s choices to come to Stevens.”

It was no small feat creating a virtual approximation of the annual live event once that decision was made. 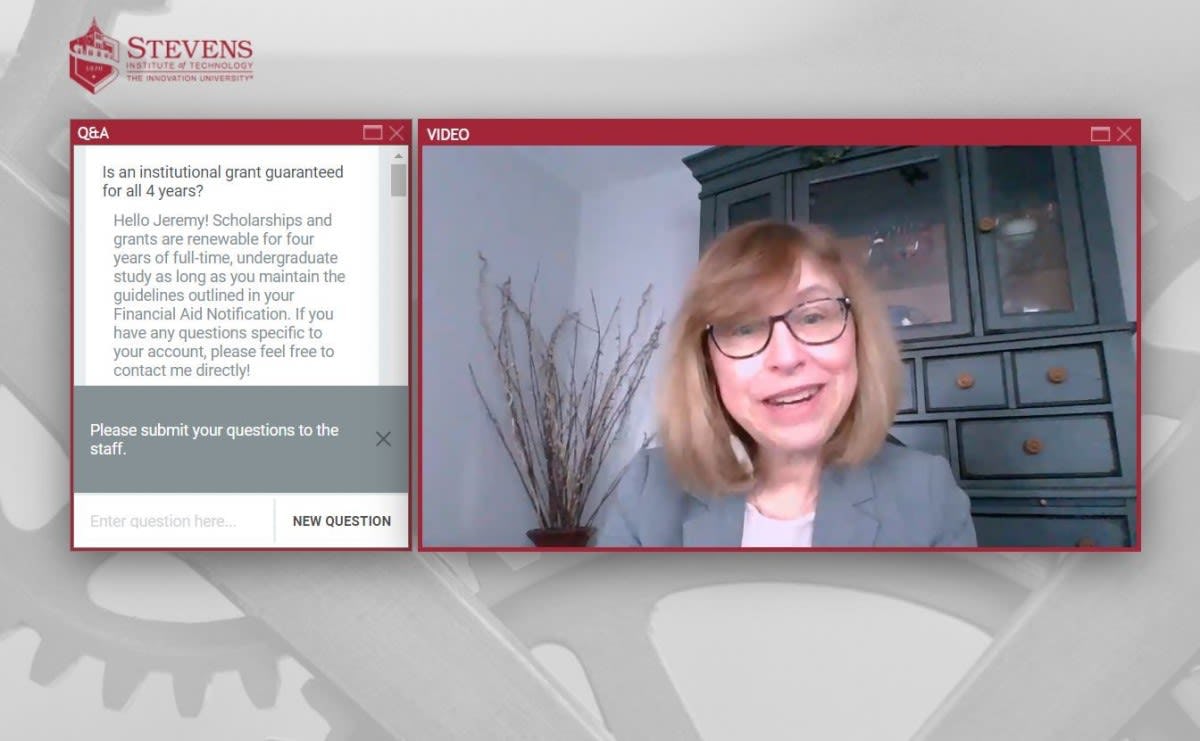 A massive coordination effort over the course of four weeks involved student tour guides, faculty, staff and alumni creating selfie-style video versions of their standard tour stops — all while quarantined at home.

“The process involved scripting, recording and editing 24 individual video segments, creating from scratch all of the graphic design and web development elements that would be needed, and identifying and contracting with a vendor to provide a robust platform with the functionality we needed,” Robinson explained.

On the day of the event, more than 100 faculty, staff and currently enrolled students were on hand to help facilitate the site and ensure a meaningful sense of interaction. 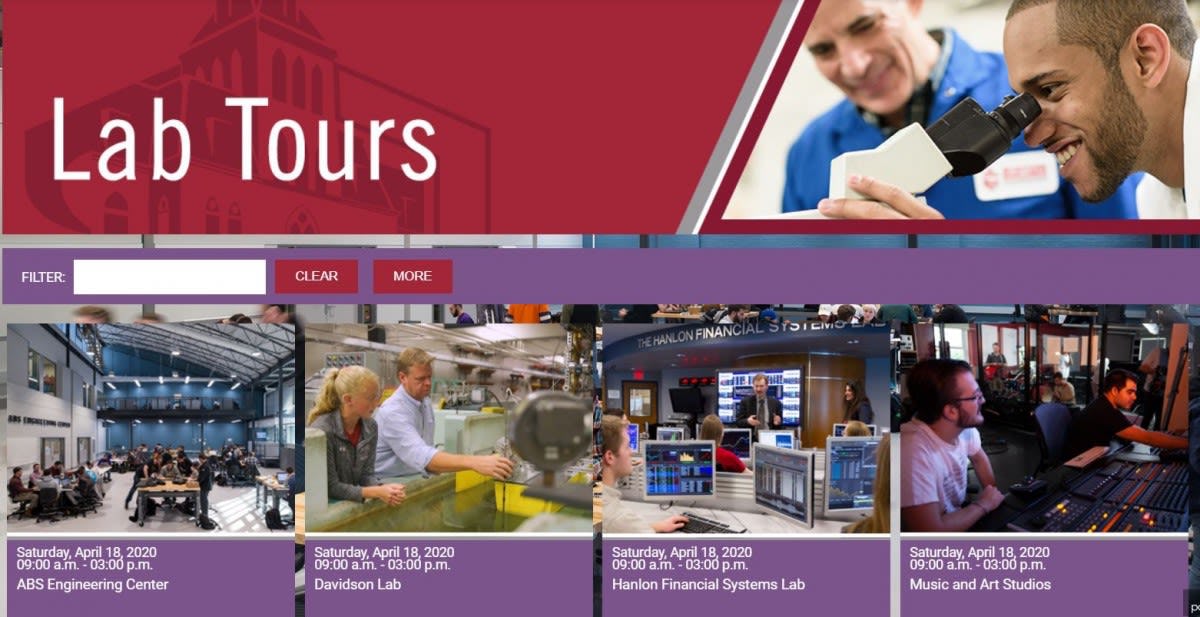 “Many people worked long hours and put in a lot of hard work to ensure a successful event for the admitted students. We had a very tight timeframe, and our students, faculty and staff really came together to make it happen. I couldn’t be prouder of our community,” said Marybeth Murphy, vice president for enrollment management and student affairs.