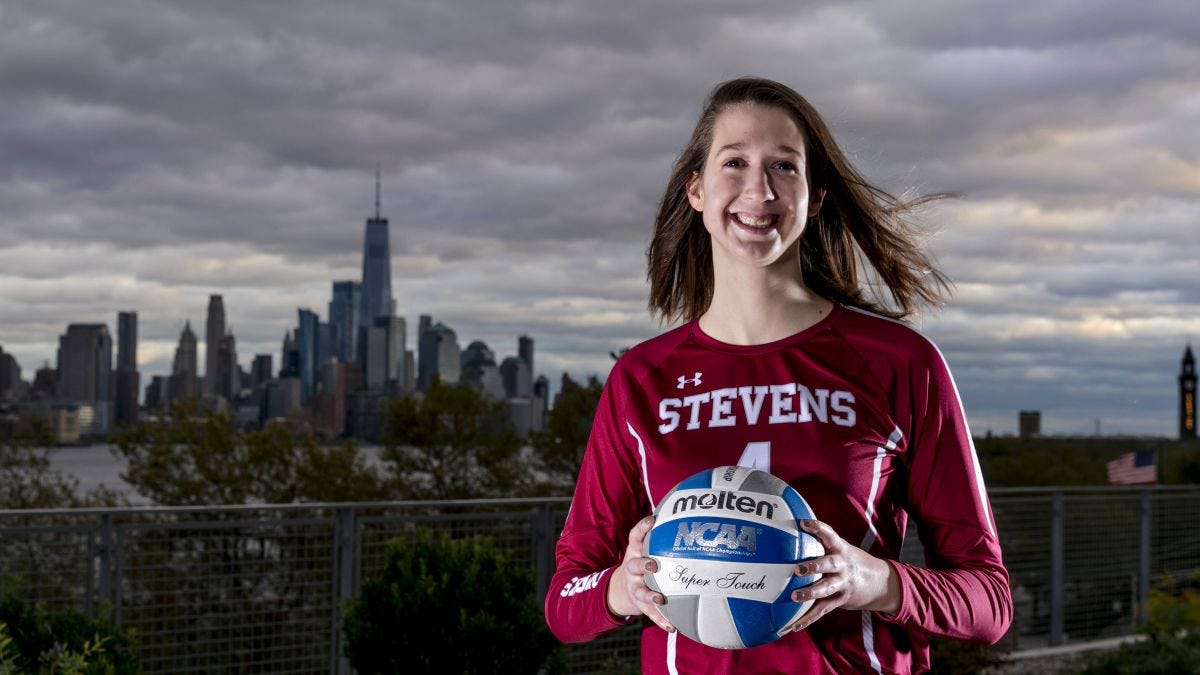 Campus-wide, student-athletes post a stellar 3.7 overall GPA during a challenging and memorable year

Faced with perhaps the most difficult year in their student careers due to a cyber attack at Stevens last fall and the ongoing COVID-19 pandemic, Stevens student-athletes met the challenges head on, posting impressive numbers in the classroom while setting an institutional record for a prestigious national honor.

Stevens, along with universities across the country, pivoted to all-remote instruction in March out of health and safety concerns surrounding the pandemic. The spring sports season — and  NCAA championship competitions — were canceled, with some graduating seniors seeing their final sports seasons abruptly ended. This makes the recently announced honors for Stevens’ top student-athletes all the sweeter.

In addition to an extraordinary 3.7 overall grade-point average for all Stevens student-athletes during the 2019-2020 academic year — which included a remarkable 3.85 overall GPA in the spring semester — student-athletes also set a school record for Academic All-Americans, with an unprecedented nine student-athletes earning the prestigious honor. The College Sports Information Directors of America (CoSIDA) bestows the honor, which is widely viewed as the highest individual academic recognition that a student-athlete can receive that is not conferred directly by the NCAA. The honor recognizes each athletic division’s highest-achieving student-athletes (who must have at least a 3.3 GPA) for their performances in athletic competition and in the classroom.

Meanwhile, four Stevens student-athletes were recognized as their respective sports’ Senior Scholar-Athlete, the highest individual academic award accorded by Stevens’ Middle Atlantic Conference (MAC), and 24 students were named as Academic All-MAC performers, which requires at least a 3.2 GPA and is based on both academic and athletic achievements. Stevens also topped the MAC academically with 518 students — the vast majority of its student-athletes — named to the league’s Academic Honor Roll, which requires at least a 3.2 GPA during the academic semester when their sport’s national championship tournament is held.

“The exemplary academic performance of our student-athletes has always been a source of great pride for the university,” says Director of Athletics Russell Rogers. “To thrive like they did, under some very challenging circumstances, is an amazing accomplishment, and we could not be prouder.” 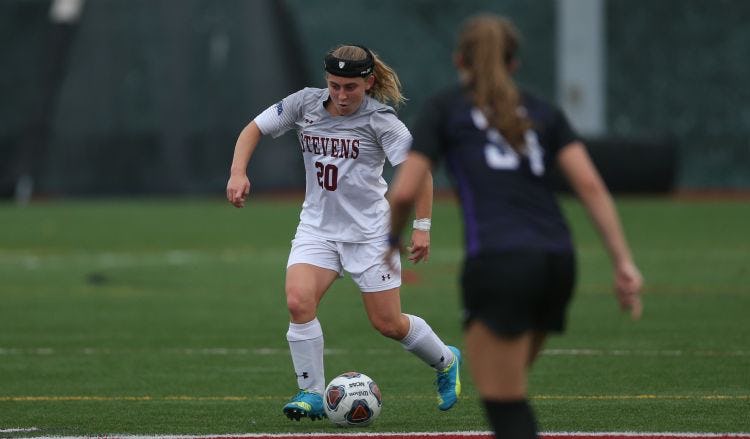 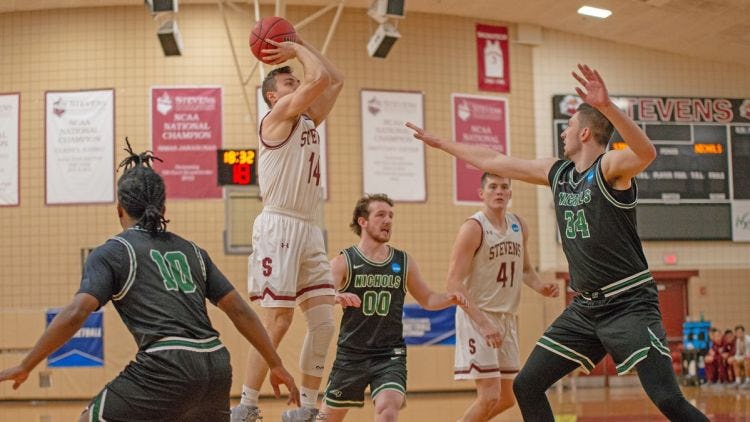 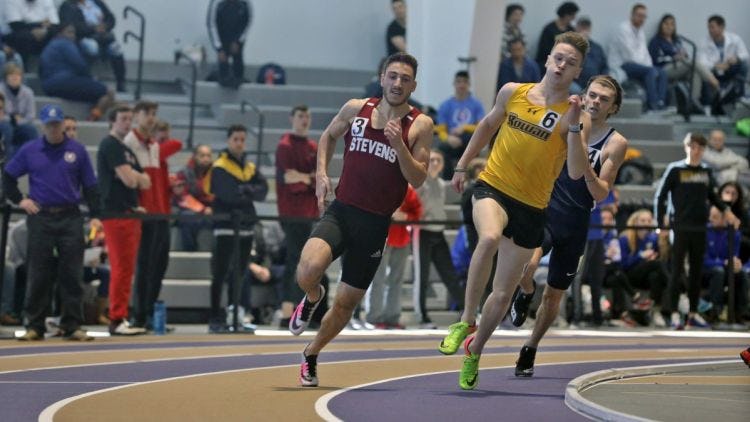 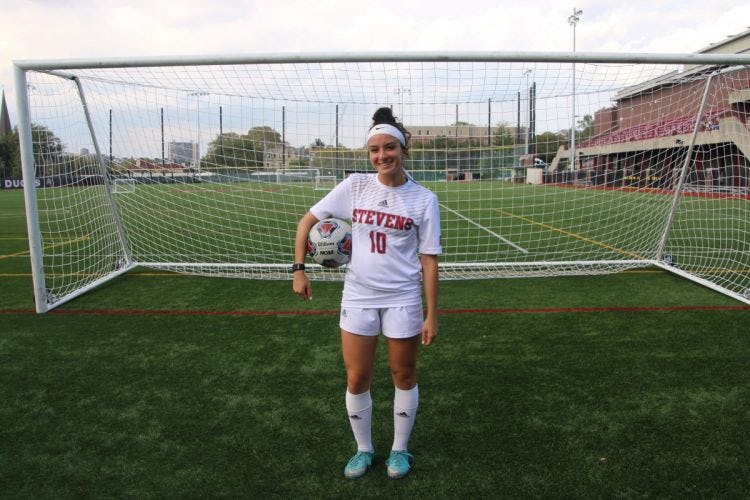 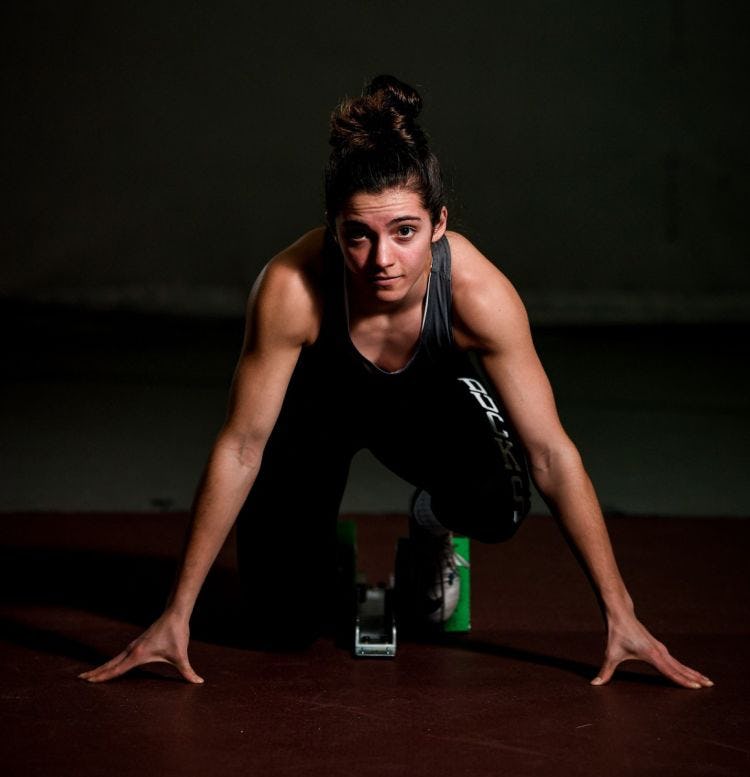 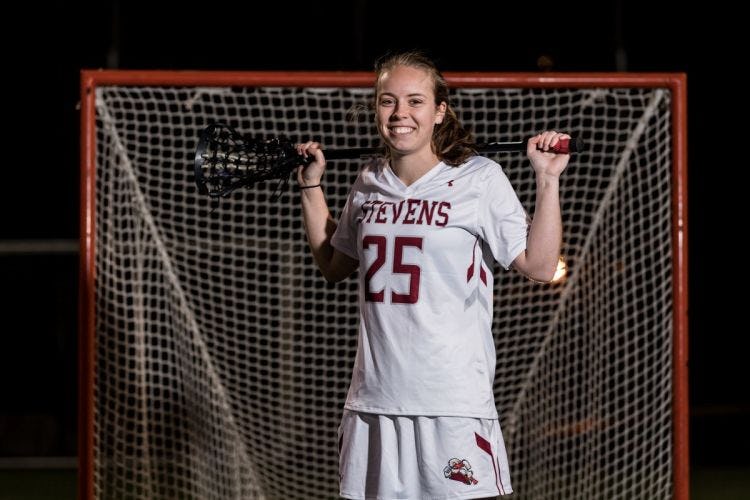 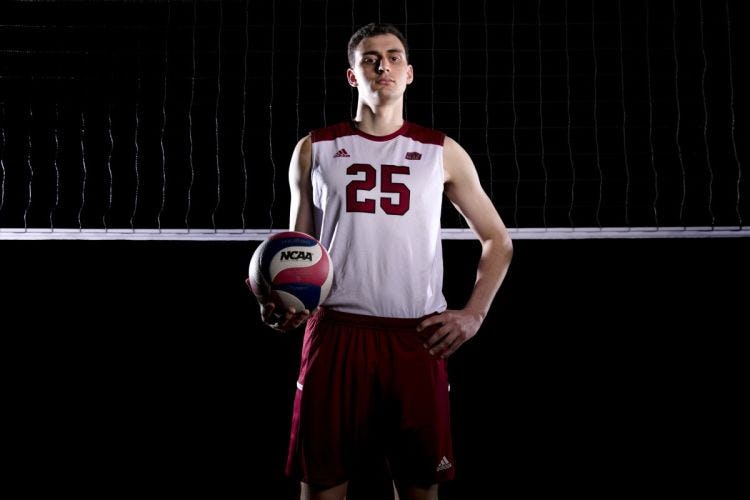 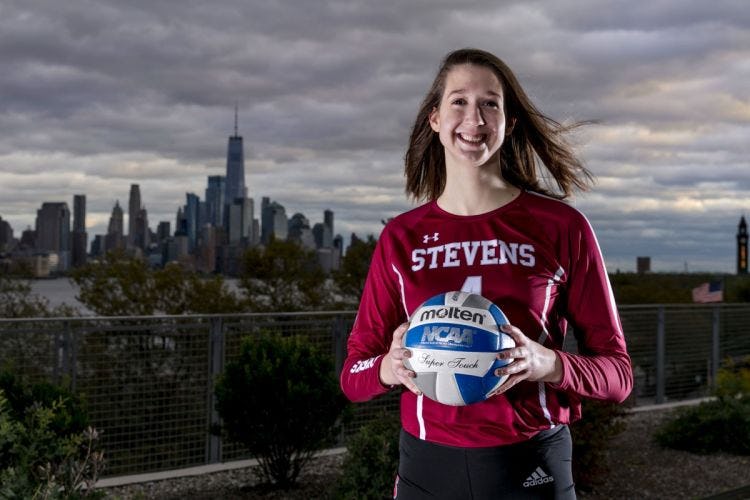 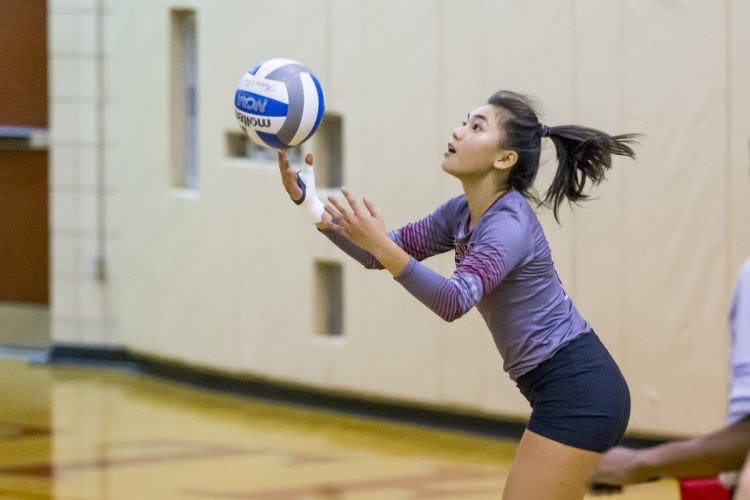 Among the 446 Division III institutions, 181 had one Academic All-America athlete in 2019-20; Stevens tied as having the fourth-highest number of honorees.

While this year’s number of honorees from Stevens is unprecedented, the university has long maintained a proud scholar-athlete tradition, with at least one student-athlete recognized by CoSIDA every year since 2006.

The Academic All-America program started in 1952; Stevens’ first-ever recipient was three-sport (basketball, lacrosse, soccer) Hall of Famer Thomas McInerney ’74, who earned the award in 1974. Stevens now has 52 student-athletes on its all-time list of CoSIDA honorees.

Meanwhile, one of these top student-athletes is up for an even more high-profile honor.

Dello Russo — a ten-time All-American in track & field and one of the best athletes in Stevens history — is one of the Top 30 honorees, out of a record 605 school nominees, in the running for the 2020 NCAA Woman of the Year Award. She achieved a 3.94 cumulative GPA as a mechanical engineering major and is currently working toward the completion of her master of engineering degree at Stevens. Established in 1991 and rooted in Title IX, the NCAA Woman of the Year Award recognizes graduating student-athletes who have distinguished themselves with their performance on and off the field, standing out among their peers in the four pillars of the award: academics, athletics, service and leadership. The winner will be announced this fall.

In athletic performance alone, last year Stevens was incredibly successful as well. In 2019-2020, the university ended up capturing seven conference championships — in women’s soccer, women’s volleyball, wrestling, men’s basketball, men’s track & field, and men’s and women’s swimming — and made three NCAA tournament appearances and had eight students qualify for the NCAA championships for wrestling and track & field. But the brightest light shone in the classroom.