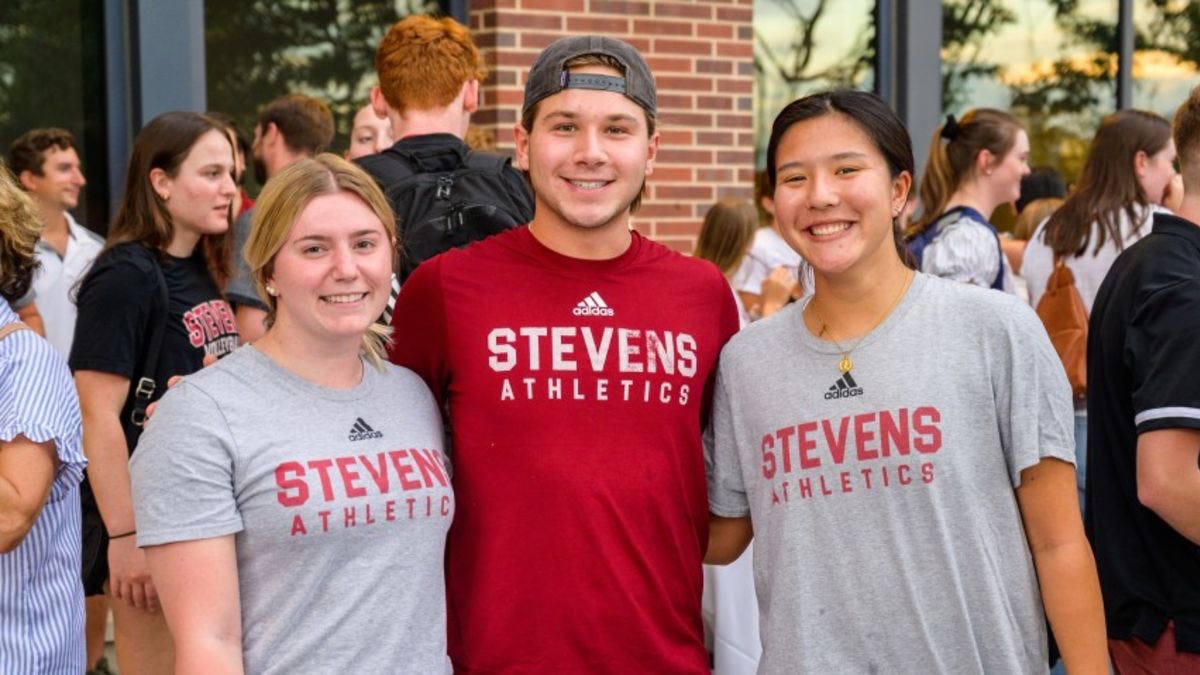 In celebration of the 2021-22 athletic year, the most successful in Stevens Athletics history, about 300 players, coaches, parents, staff and all of Stevens Athletics and its supporters gathered on Aug. 17 at the University Center Complex for food, fun and community.

“The celebration served as both a culmination to what was a historical year in 2021-22 for Stevens Athletics and a number of other notable accomplishments, as well as a kickoff to the 2022-23 year,” Director of Athletics Russ Rogers said. “We are so excited to have many of our student-athletes back on campus and ready to get started as we look to build on the success from last year.”

The event hosted past, current and incoming athletes and acknowledged the entirety of the athletics department for its dedication to the success of Stevens. “Our athletics program finished in the top 10% of Division III schools in the final Learfield Directors’ Cup standings in each of the last 12 years that the cup has been awarded,” said Stevens President Nariman Farvardin. “This success is the result of a tenacious focus on excellence, an unparalleled work ethic and the supportive environment created by Athletics Director Russ Rogers and all our coaches. Our student-athletes make us immensely proud for what they have achieved in competition and in the classroom.” The overall GPA for student-athletes in the 2021-2022 academic year was an extraordinary 3.65.

The achievements of Stevens’ athletes were also recognized at all levels of State and local government through formal proclamations — one from the Senate and General Assembly of the State of New Jersey via Assemblywoman Annette Chaparro, one from the City of Hoboken via Mayor Ravi Bhalla and one from Hudson County via Commissioner Anthony Romano. Romano also attended the event.

In addition to the new fitness center in the UCC, several other enhancements have been made across campus to promote athletic success. “Improving our athletic facilities is a university priority. This summer we made excellent progress with the renovation of the varsity weight room and Schaefer fitness center, the addition of the golf simulator and, of course, the complete renovation of Canavan Arena,” said Vice President for Student Affairs Dr. Sara Klein. “And these are only the highlights. We are working hard to make sure that the student-athlete experience is a fantastic one.”

For coverage of the upcoming 2022-2023 Stevens Athletics season and schedules, visit stevensducks.com.