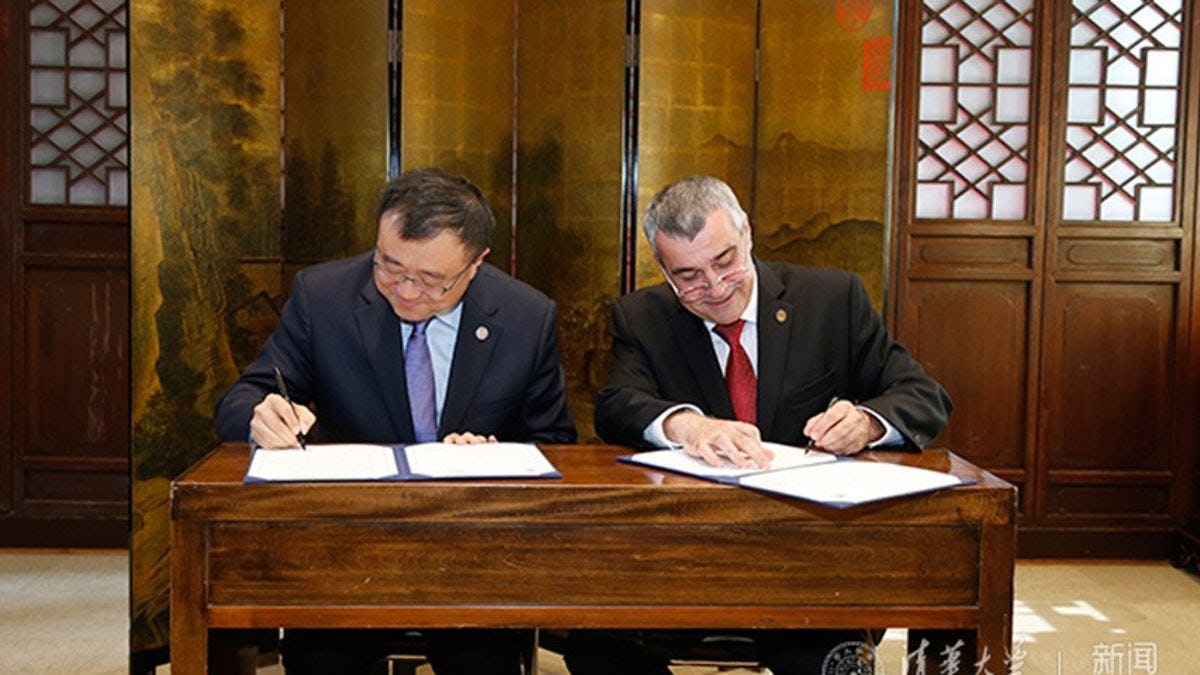 Academic leaders from both universities meet at Tsinghua’s Beijing campus

Stevens Institute of Technology and Tsinghua University in China have concluded an agreement to promote joint educational initiatives involving the two schools.

Officials from Stevens and Tsinghua—ranked as China’s top university and the 25th-best in the world by QS Top Universities—met on October 23 at the Beijing school’s World Hall to sign a memorandum of cooperation.

Stevens Provost and Vice President for Academic Affairs, Christophe Pierre, led the delegation from Stevens. He praised Tsinghua and its faculty for their achievements and said the agreement affords the two universities an opportunity to work jointly on research and to cooperate on the exchange of students and training initiatives.

“As leaders in technology-based education and research in China and the U.S., Tsinghua and Stevens are institutions that are naturally aligned,” Dr. Pierre said. “We look forward to developing partnerships that add value to our two universities, including undergraduate student exchanges, joint teaching programs and collaborative Ph.D. and research programs.” 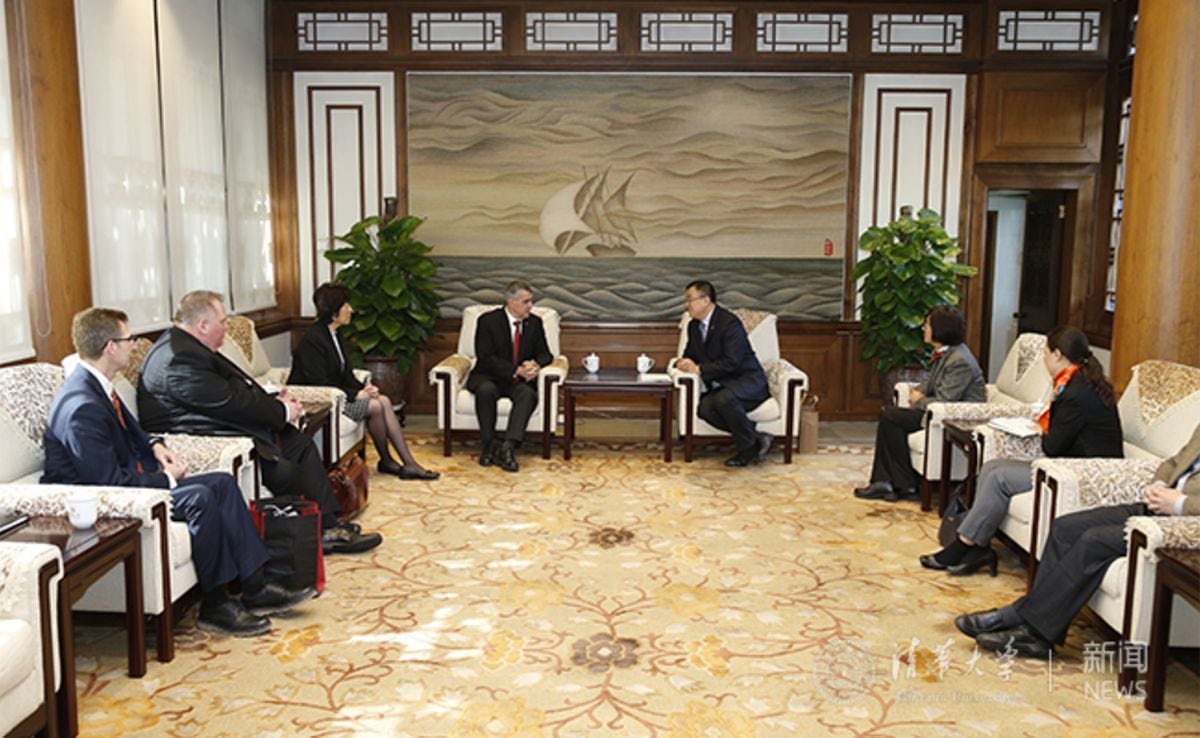 Dr. Pierre was joined in Beijing by Dr. Jean Zu, Dean of the Charles V. Schaefer, Jr. School of Engineering and Science. Dr. Zu holds holds both a Bachelor of Science and a Master of Science from Tsinghua. Assistant Provost for Graduate Studies Paul Easterling and Professor Jon Wade of the School of Systems & Enterprises were also part of the Stevens delegation.

Tsinghua’s Vice-Chancellor, Dean Yang Bin, welcomed Dr. Pierre and the Stevens delegation and said that he is pleased that Tsinghua is partnering with an American university that also has a strong reputation in engineering and the sciences.

Also present at the signing ceremony were other Tsinghua University academic leaders and doctoral students.

This story includes material from the Tsinghua University News Service.