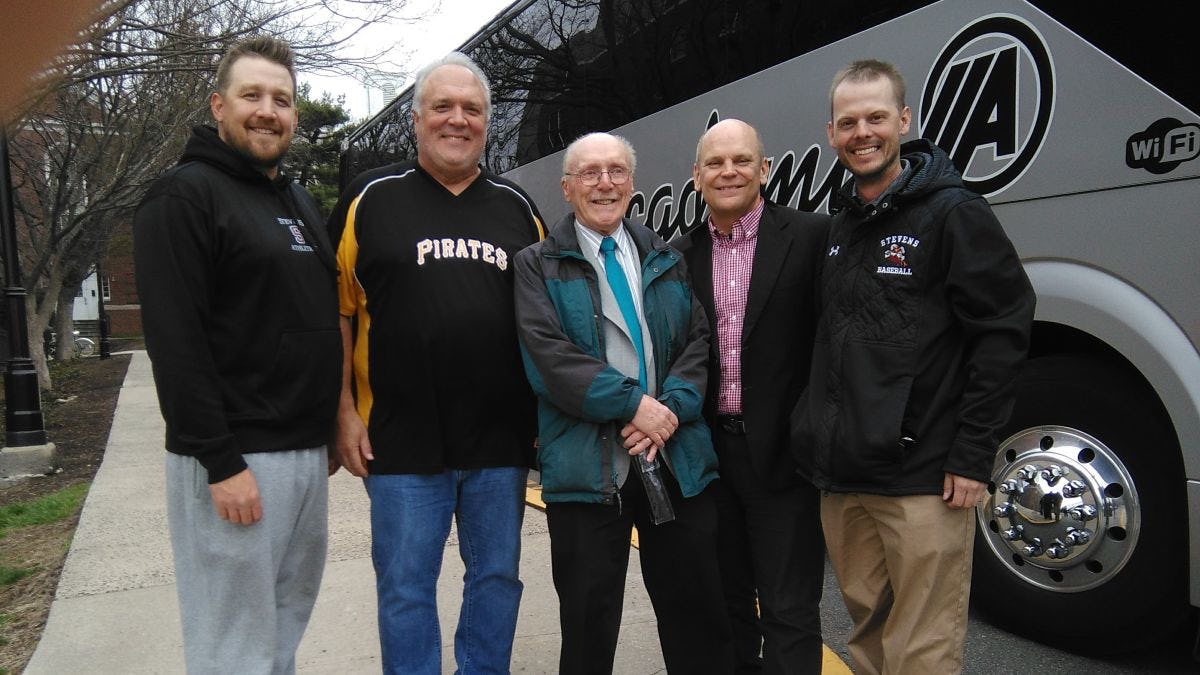 Noble came back to Stevens earlier this year to receive a Distinguished Alumni Award at the 2017 Stevens Awards Gala. During his visit, he was gracious enough to visit his old department to give a seminar, offer guidance and encouragement on entrepreneurship.

Noble graduated from the Department of Chemical Engineering and Materials Science in 1968. He’s fond of his time there and at Stevens, so it was no surprise that when department chair Ronald Besser asked Noble to give a talk he agreed.

Given his status as a professor of chemical engineering at University of Colorado Boulder and co-director of NSF Industry/University Cooperative Research Center for Membrane Applied Science and Technology, Noble spoke about his dual role as academic and entrepreneur. He shared some of his current entrepreneurial activities, focusing on how he’s been able to transition from researcher to entrepreneur and “translating research outcomes into real products and outcomes,” as Besser put it. The key takeaway? “Helping people realize the real benefits of research instead of just being theoretical,” according to Besser.

That approach is of particular importance to the department because several of its members are involved in entrepreneurial activities. Professor Woo Lee oversaw commercial development of the FlexTraPower received funding from the U.S. government’s Small Business Innovation Research (SBIR) program to commercially develop his lab’s sensor technology. Professor Matthew Libera received an I-Corps grant to pursue commercial development for this molecular beacons as self-reporting DNA hairpin probes project.

Even students are exploring entrepreneurial projects. PhD student and Innovation and Entrepreneurship scholar Reza Mahmoodi is pursuing commercial development on a cost-effective fabrication process for a flat and flexible fuel cell power generator. Mahmoodi is Besser’s PhD student, and was part of the development process. “Werner Kuhr was extremely encouraging about us going for it,” Besser said, referring to Stevens Venture Center's former director's guidance with the National Science Foundation’s I-Corps program. “The support from Werner allowed us to do due diligence and help make the decision whether or not to pursue the idea commercially.”

I-Corps “prepares scientists and engineers to extend their focus beyond the university laboratory, and accelerates the economic and societal benefits of NSF-funded, basic-research projects that are ready to move toward commercialization,” according to the program’s website. Stevens’ applicants are having increasing success in the program, as Stevens Venture Center associate director Adrienne Choma said:

Stevens’ graduate student and faculty teams have been very successful in obtaining national I-Corps funding based on work funded by NSF. We have had six teams participate over the last five years, on topics ranging from fuel cells to dental implants to nerve guidance conduits for peripheral nerve regeneration. This has resulted in a heightened awareness of the importance of practical outcomes to research at Stevens. 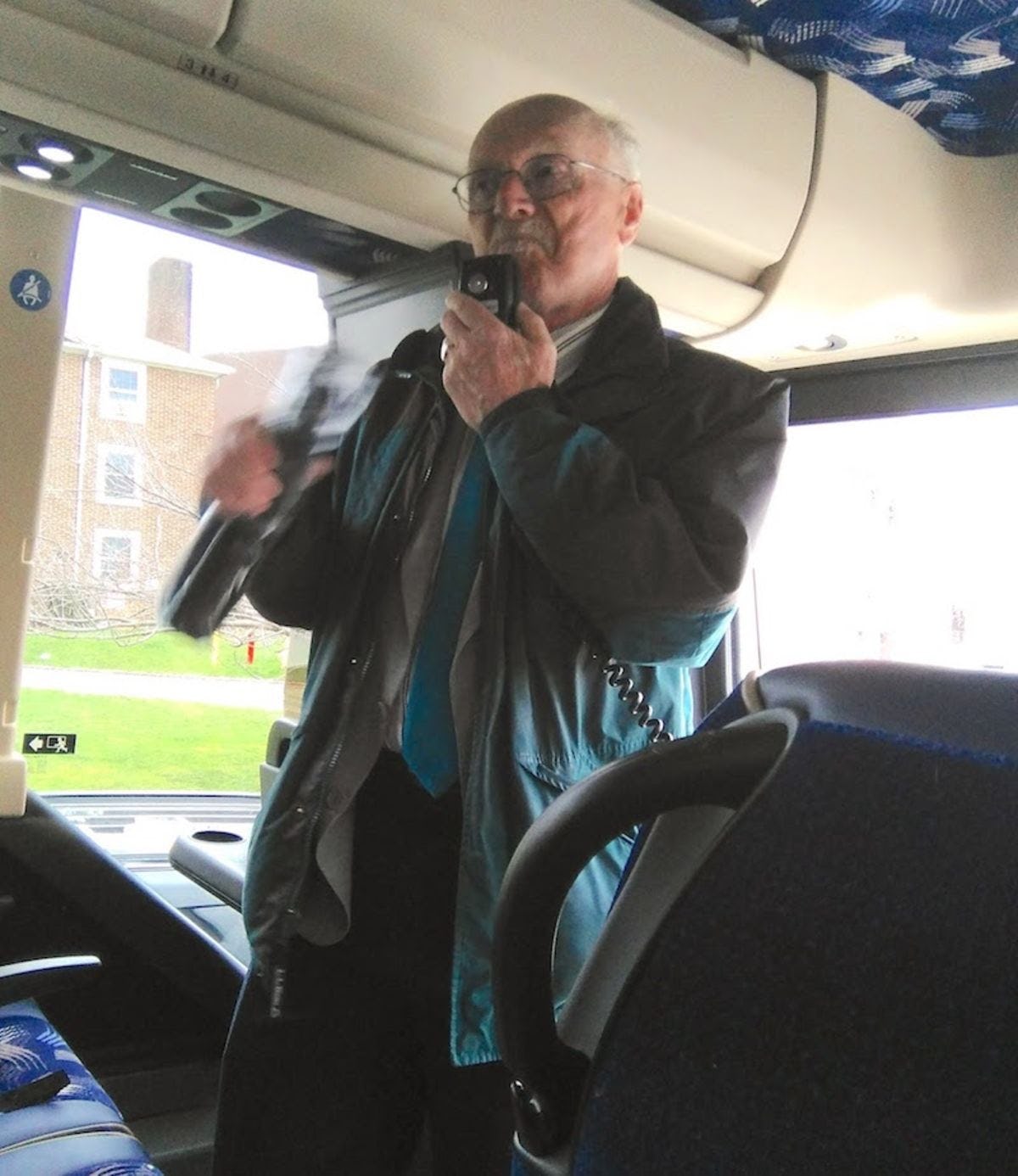 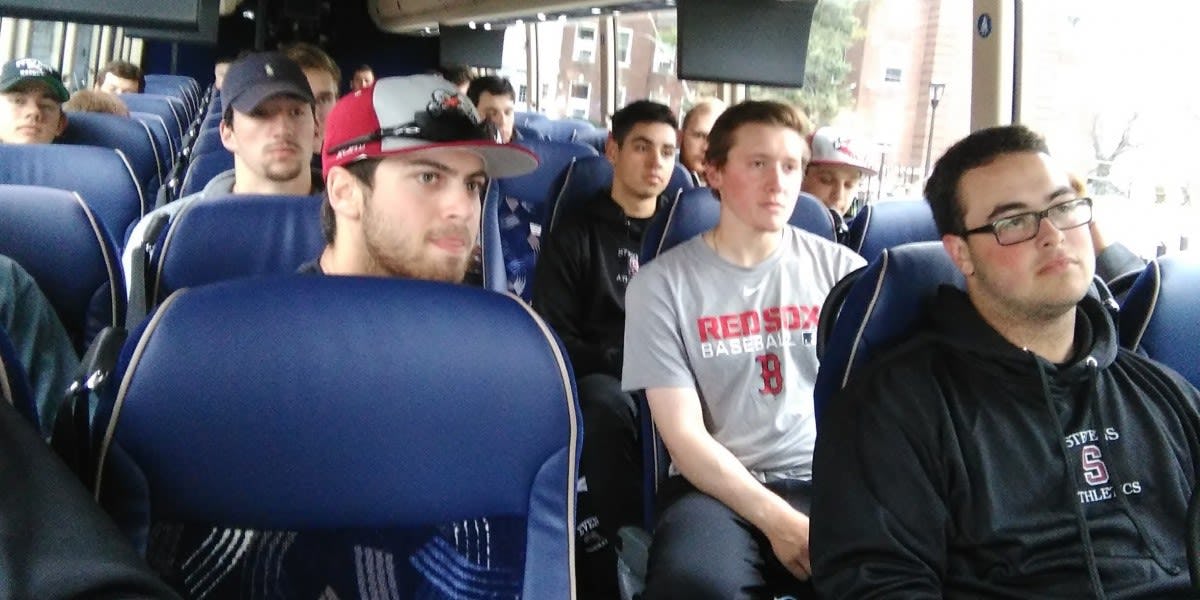 Noble played baseball for Stevens while he was studying here. Thanks to Besser and head coach Kristaps Aldins, Noble was able to hop on the baseball team’s bus and encourage them, too, making sure they knew he was proud of them for representing Stevens on the ball diamond while staying committed to their studies.

“We were excited to meet with Dr. Richard Noble,” said Aldins, explaining:

It was amazing to hear him talk about the various life lessons that he learned through baseball that he still relies upon to this very day in his line of work. Dr. Noble also is a scholar of the game of baseball and understands the nuances that make the game as special as it is. It was an absolutely joy to meet with him, talk some baseball, and also have him share some of his experiences with our current Stevens Baseball student-athletes. Our guys were "locked in" to his every word and we were honored to have him be part of our Distinguished Baseball Alumni Lecture Series.

As encouraging as that was to the team, Noble’s encouragement will have a longer lasting impact on his old department.

“Richard is a role model, as a faculty member that’s been able to have successful entrepreneurial ventures in addition to his research work,” Besser said. “It’s invaluable having someone who can talk about that process while still having an ongoing research program at the same time. He helped us see how we can fit entrepreneurship into the balance of all the other things we do as faculty members, while still having a level of excellence at the same time.”