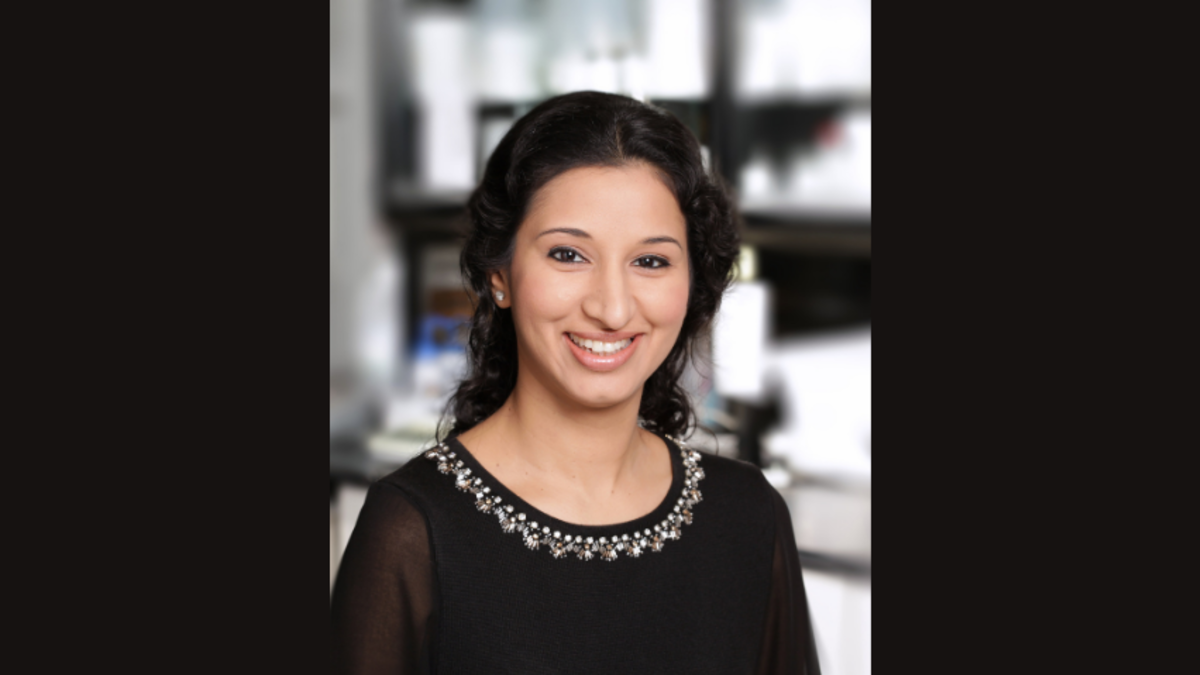 “I’m interested in developing a better understanding of the mechanisms of how things work in our bodies to enable holistic health solutions," Kaur said.

Simarna Kaur ’08 is passionate about improving the trajectory of human health through her work at Johnson & Johnson. Since earning her undergraduate, graduate, and doctoral degrees in chemical biology from Stevens Institute of Technology, she’s worked with Johnson & Johnson on research supporting the health of our skin, and well as on healthy baby development. 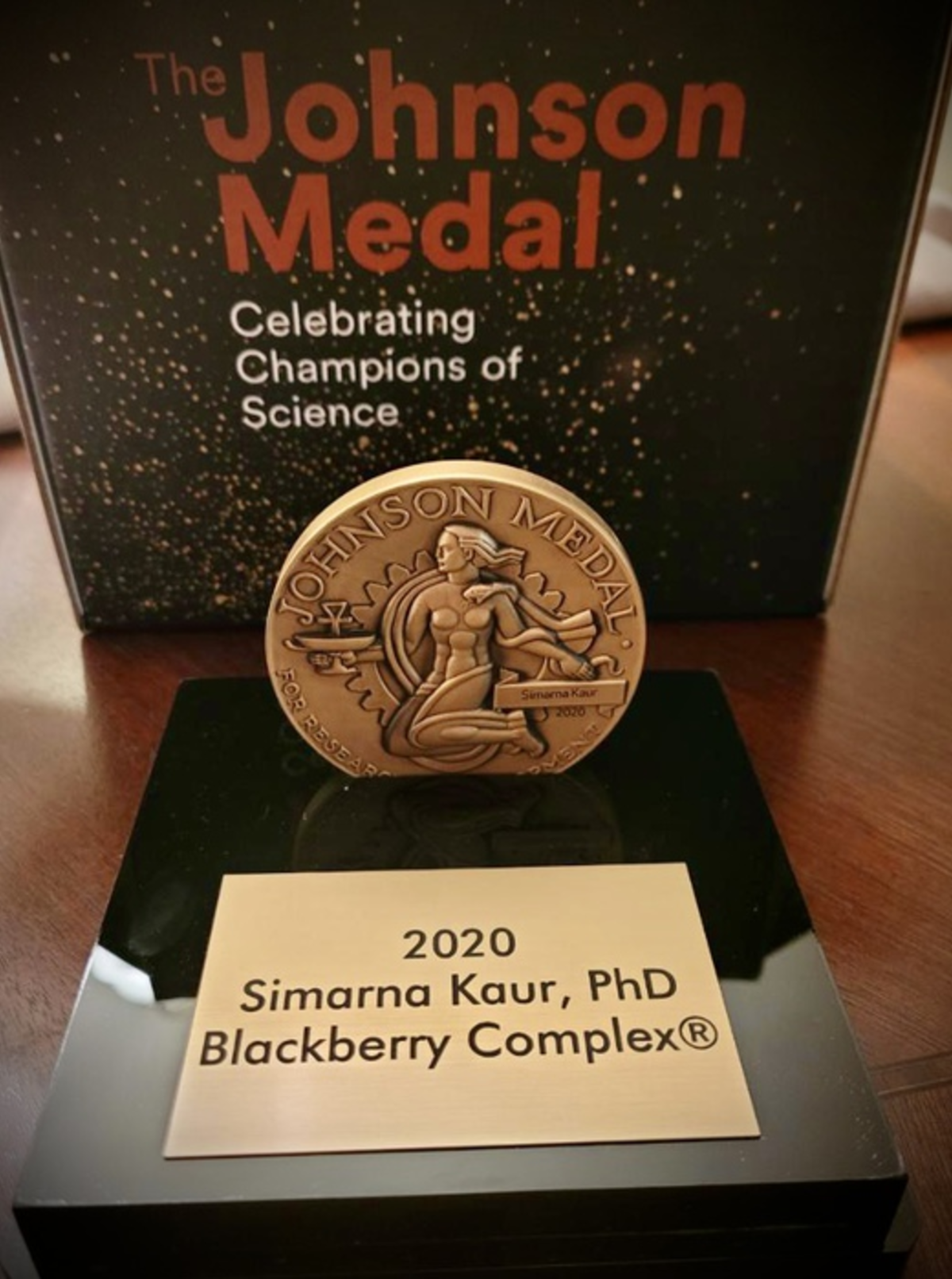 Stevens alumna Simarna Kaur ’08 was a member of the team recently recognized with the Johnson Medal, the highest recognition for R&D excellence at Johnson & Johnson. Since it was established more than 60 years ago, the award has only been given to roughly 400 J&J scientists and engineers.

For the past several years, as Research Manager, Fellow, and Platform Leader for Translational Science, Johnson & Johnson Consumer Health, Kaur has led clinical studies related to skin health, Biodelivery of active technologies, and Skin-Tech (digital tools for skin health) initiatives. For developing the innovative Blackberry Complex that nourishes skin and helps reduce sagging and other visible signs of aging and is now part of Aveeno's Absolutely Ageless line, she was part of a team that were recently honored with the 2020 Johnson Medal, J&J’s most prestigious award given for internal research and development excellence.

Kaur was part of the team that worked for more than five years to create a clinically proven, proprietary technology to boost extracellular matrix and improve skin elasticity, one of the key elements in reducing sagging and other signs of skin aging. The team’s scientific breakthrough led to a novel combination of technologies that were trademarked as Blackberry Complex and launched by the company’s Aveeno® antiaging line. The research also resulted in 42 granted patents, publication in several peer-reviewed journals, and recognition with the Johnson Medal for overcoming obstacles “to advance our deep understanding of skin health and harness a unique combination of ingredients to create the Blackberry Complex.”

“The members of our team all built on each other’s strengths,” Kaur said, “and it was extraordinary to be recognized with such an amazing team for all that robust science and hard work!”

The paths she walked at Stevens helped her become a trailblazer 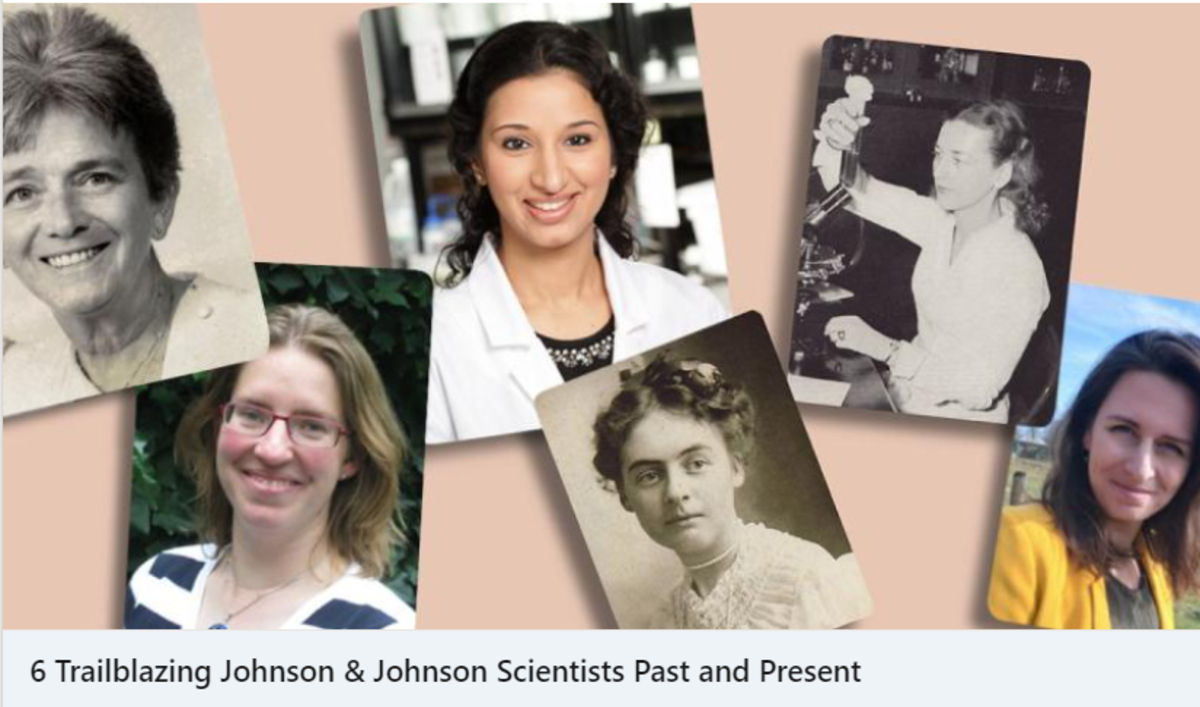 Featured in March 2021 for Women’s History Month as one of Johnson & Johnson’s “Trailblazing Scientists,” Kaur noted, “I hope to lead by example, showing that dedication, hard work, and passion do get recognized.”

Since joining Johnson & Johnson as a post-doctoral researcher in 2008, Kaur has researched multiple technologies featured in consumer products including the Neutrogena Triple Age Repair line, and also the signature soothing Baby care line Johnson's® CottonTouch™. “Digging into new mechanisms of action and bringing forth innovative technologies is part of what I do on a daily basis. It’s fascinating!” Her work also earned her a spot in the company’s recent Women’s History Month feature on pioneering female scientists from the past and present. Kaur is not only passionate about advancing science, but also about mentoring junior scientists and in elevating talent development initiatives, for which she earned the prestigious “Fellow” designation at J&J.

“Before I joined the company, I didn’t fully appreciate the depth of science that J&J Consumer Health goes into,” she recalled. “I can never forget how much I learned from my first J&J supervisor, Dr. Michael Southall, who is now my mentor, on everything from biological pathways to intellectual property! Winning the Johnson Medal together with him was a dream come true!

She’s grateful for the well-rounded training—both academic and professional–that she received at Stevens for helping her navigate and thrive in her career.

“Always having a growth and learning mindset, and the ability to quickly adapt and pickup new skills is something I learned at Stevens,” said Kaur, who was one of the first two students to earn a Ph.D. in chemical biology from Stevens. “I was fortunate enough to learn from some of the best faculty at Stevens, including Dr. Nuran Kumbaraci and Dr. Francis Jones, who were my advisors and gave me a well-rounded training, and Dr. A. K. Ganguly, who provided me a unique opportunity to do medicinal chemistry research in his lab. The faculty are well-versed in the requirements and expectations of the corporate world, and the rigor that they put into our training is very good preparation for the world outside of school.”