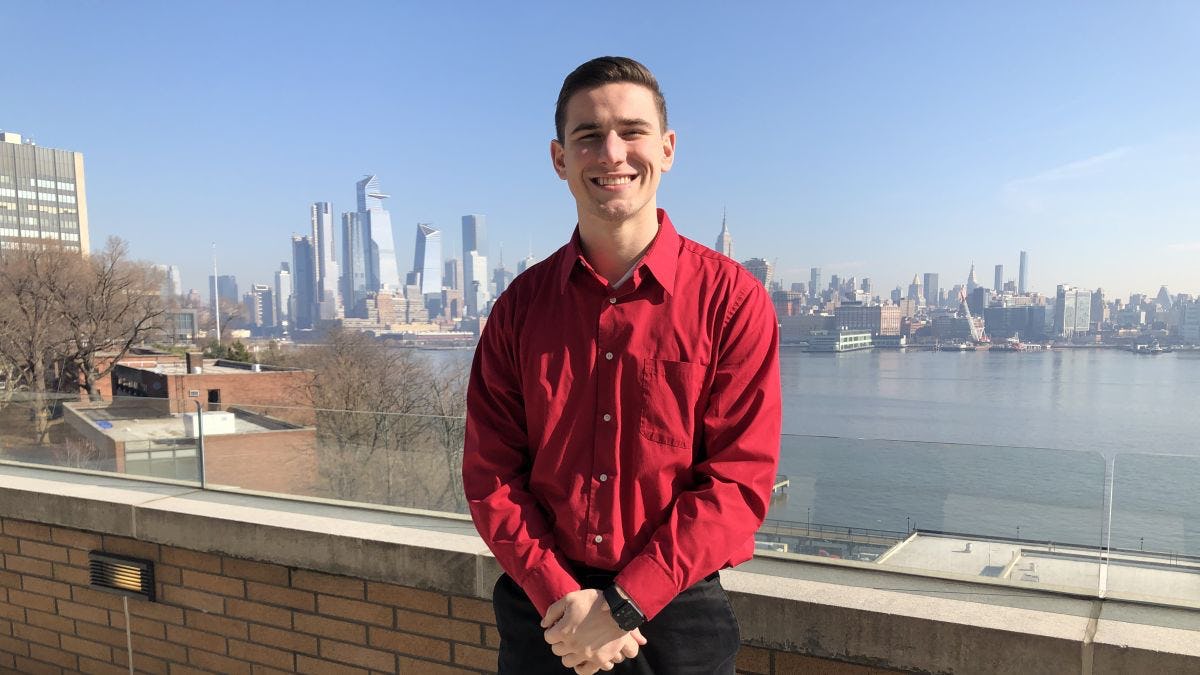 New Student Government Association (SGA) president and sophomore at the School of Systems and Enterprises (SSE) Jason Chlus has one overarching goal in mind – to become an effective voice of the student body.

Chlus, a software engineering major at SSE and the second president in a row to emerge from the school, officially assumed the position of SGA president on January 23 and already has some big ideas. He and his newfound governmental colleagues’ bigger goals for 2019 are to closely examine the school’s curriculum and how credits are distributed amongst individual classes, to create more transparency for students to see where their tuition money is spent, and to increase student-faculty relations and collaborations, especially in Senior Design courses.

“Senior Design is a big deal. You can basically create whatever you want within your major or outside of it, and having faculty work with students would make it that much better,” said Chlus.

Chlus adds that he’d also like to have community-building activities for the student body, such as parties to celebrate the students and pep rallies.

"I am very proud that the School of Systems and Enterprises has now had two students in a row as the president of the Student Government Association," said Dean Yehia Massoud. "This is a testament to our ability to attract, educate and graduate leaders. I am excited to see what Jason, who is replacing the School of Systems and Enterprises undergraduate Lucas Gallo, will do to foster a culture of collaboration within the university, and I know he will do an excellent job."

Despite these ambitions, Chlus said he never originally planned to run for president. Instead, he originally attempted to voice all his ideas through meeting with the SGA as a senator.

“I wasn’t going to run for president, but the cabinet couldn’t really plan out all my ideas that I wanted to implement as a senator. I met with SGA a lot during my time as a senator and presented a lot of my ideas, always asking how we could get these things done. They were actually the ones that pushed me to run for president,” he said, adding his thanks to former SGA president Lucas Gallo for his mentorship.

Gallo is currently working toward an engineering management undergraduate and will graduate in spring 2019.

"I am very proud of the fact that Jason is from the School of Systems and Enterprises. Two consecutive SGA Presidents is a testament to the type of leaders that SSE attracts and develops throughout their time here at Stevens,” said Gallo. “I know Jason will do a fantastic job in the position and will only learn more about becoming a great student leader through his coursework. Being [a student] in the School of Systems and Enterprises has taught me valuable skills that I have been able to apply outside of class and I am sure Jason will do the same.”

In addition to his new responsibilities as SGA president, Chlus said his software engineering education is beginning to ramp up.

“I’m very excited about my major right now,” said Chlus, who comes from a family of engineers. “I’m actually just taking my first software engineering course this semester. Dr. [Gregg] Vesonder said we’re going to be learning a lot of languages this semester, which I desperately need to know.”