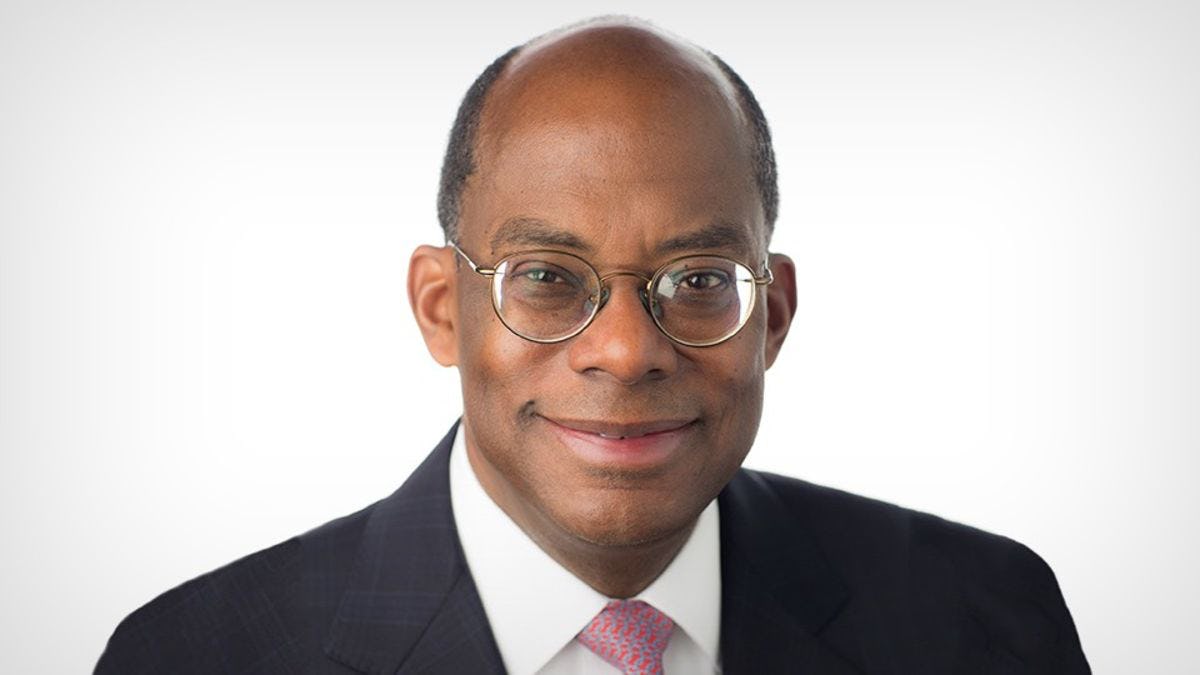 Chief of financial services giant TIAA and former vice chair of the board of governors of the U.S. Federal Reserve to give the commencement address

Roger Ferguson Jr., president and chief executive of TIAA, one of the largest finance firms in the United States, will deliver the Commencement address for Stevens Institute of Technology on Wednesday, May 23 at the Meadowlands Expo Center in Secaucus, New Jersey. Ferguson will also receive an honorary Doctor of Philosophy degree.

“Dr. Ferguson’s path is particularly relevant to this year’s graduates, who will be leading their generation with the technological foundation and critical thinking skills needed to thrive in a highly dynamic environment of changing markets, emerging technologies and an increasingly interdependent global financial system,” said Stevens President Nariman Farvardin. “We are so fortunate to welcome such an accomplished leader who will excite and inspire our graduates as they go on to change the world.”

In 2008, Ferguson signed on as the president and chief executive of TIAA, a financial services firm with more than $950 billion in assets under management that serves 80 percent of the higher education 403(b) market. With Ferguson at the helm, TIAA continued to place individual investor interest front and center in the funds management process.

Prior to joining TIAA, Ferguson was head of financial services for Swiss Re, chairman of the company’s holding corporation and a member of its executive committee. He earned a reputation as an expert in the operations of banks and financial institutions, an important specialty in the year leading to the turn of the century, also known as Y2K.

As the former vice chairman of the board of governors of the U.S. Federal Reserve System, he was a lead figure in conducting the nation’s monetary policy and providing financial services to the U.S. government and to the nation’s banks. He served on key committees, including payment system oversight, reserve bank operations, and supervision and regulation.

Ferguson also led the Fed’s initial response to the terrorist attacks on 9/11, taking actions that kept the U.S. financial system functioning while reassuring the global financial community that the U.S. economy would not be paralyzed.

Before joining the Fed in 1997, Ferguson worked at the international management consulting firm McKinsey & Company, becoming a partner and director of research and information systems and an expert on the banking industry and operations.

Ferguson started his career as an attorney at Davis Polk & Wardwell, a New York law firm. He received degrees in economics and law, both with honors, from Harvard, where he later received a doctorate in economics.

Ferguson is a member of numerous boards, including the board of regents at the Smithsonian Institute and the advisory board for New York State Insurance. He also serves on the boards of the Institute for Advanced Study; Memorial Sloan Kettering Cancer Center; Alphabet Inc.; General Mills Inc.; and International Flavors & Fragrances Inc.

During the 2007-2013 global economic recession, U.S. President Barack Obama appointed Ferguson to serve on the President's Council on Jobs and Competitiveness, as well as its predecessor, the Economic Recovery Advisory Board. He also co-chaired the National Academy of Sciences’ committee on the long-run macro-economic effects of the aging U.S. population.

Currently, he is a fellow of the American Philosophical Society and the American Academy of Arts & Sciences, where he co-chairs its commission on the future of undergraduate education. He is also a member of local, national and international groups that aim to deepen understanding of international economic and financial issues, including the Group of Thirty.

Commencement will be held at 11 a.m. at the Meadowlands Expo Center in Secaucus, New Jersey. For more information, visit Commencement 2018.