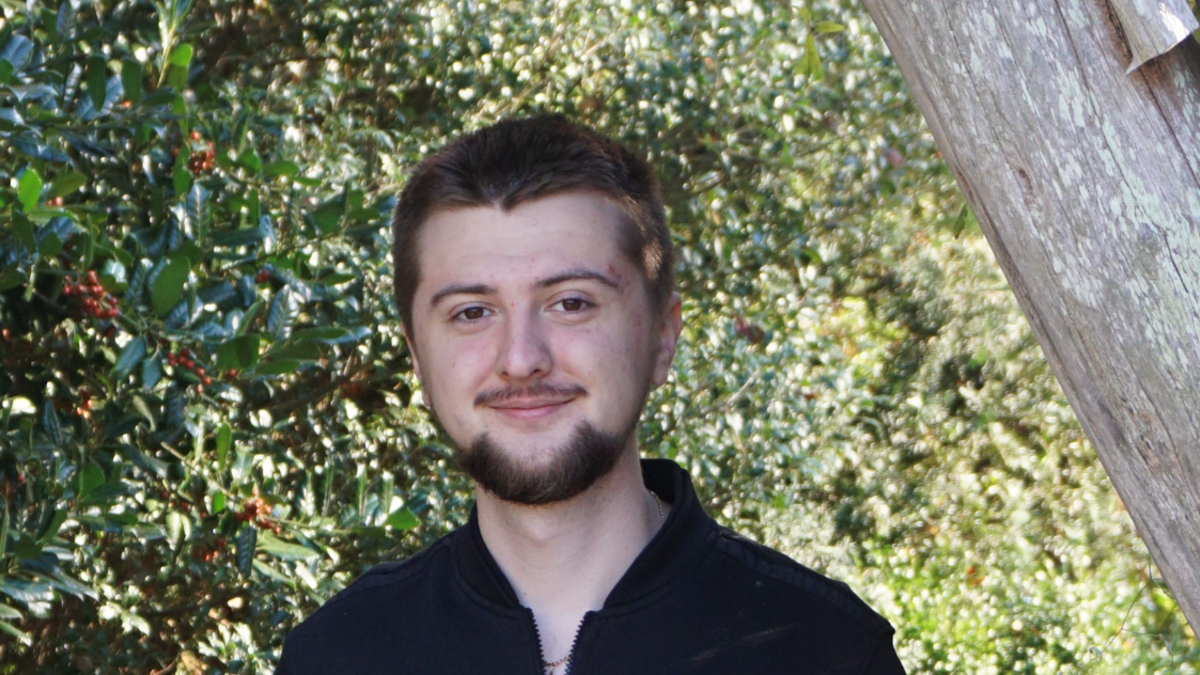 Stevens senior Aleksandr Grin likes to attribute much of his undergraduate success to a lot of good fortune.

Take, for example, his reaction to his future career at Nielsen, the leading research company that measures television viewership across the various platforms, including broadcast, online, digital, cable and satellite.

“I feel incredibly lucky that I actually got a data science position,” he said, sounding surprised about how he landed a two-year rotation with the ratings giant.

Part of that modesty is due to the fact that Grin is majoring in electrical engineering, rather than in computer science, the traditional route for aspiring data scientists.

Better than any kind of test, final projects demonstrate a good grasp of knowledge. [In my machine learning and data mining classes] we had projects that required us to find data, figure out what kind of information we wanted to learn from that data, run models on it, and get an output that we could evaluate. That is actually what you would do in a data science job, as opposed to some math proof.
Aleksandr Grin ’19

He felt at a disadvantage competing with the statistics, math and data science majors who were all vying for the position, he says.

“Even the people interviewing me were statistics majors, so I didn’t think I had much of a chance.”

But a deeper dive into Nielsen's interview process, as well as Grin’s academic experience at Stevens, reveals that luck had little to do with his ability to thrive when presented with an opportunity or challenge.

As it turned out, his engineering training gave him a leg up when he reached the advanced stages of Nielsen’s grueling interview process, when he was given a case study that involved a technology application.

“I offered a solution that even the interviewer hadn’t thought of, because I was able to look at the problem in a different way than the others as a result of my technical background. And for a creative field like data science, that’s an advantageous thing.”

“Data science is essentially creative applications of existing tools to problems: the way you look at the data that you’re given and figuring out what kind of interesting perspective to take to help solve a problem, he explained.”

Grin came to Stevens after debating between engineering and law school.

Absolutely certain that he had made the right choice, the Staten Island native is especially appreciative of the trio of work experiences he enjoyed as a Stevens Co-op student – first at Safe Flight Instrument Corporation in White Plains, New York, then at the famed MIT Lincoln Laboratory in Boston, and more recently at Schindler Elevator Corp. in New York City – for helping him narrow his focus to data science.

Grin wasn’t treated to a soft introduction to the field. At Safe Flight, he was immediately charged with a significant task.

“They had me write this big program for a helicopter obstacle-avoidance system that they wanted to build from scratch.”

He is now grateful for that trial-by-fire learning opportunity.

“They really understand how to get the most value out of a co-op and also how to give back the most value to that person. I learned so much, so quickly. And that really jump-started me.”

Outside of his co-ops, Grin says hands-on learning opportunities at Stevens led him to discover his true interests and develop an analytical approach to problem solving. He is a strong proponent of the university's project-based coursework.

“Better than any kind of test, final projects demonstrate a good grasp of knowledge,” Grin emphasizes.

“For example, I took database management and learned how to make a database from scratch, because that was our final project. I had never done anything with databases prior to that class, but because of that project I was actually able to answer a lot of interview questions about database management.”

Additionally, Grin says his machine learning and data mining classes gave him a realistic glimpse into what it means to work as a data scientist.

“We had projects that required us to find data, figure out what kind of information we wanted to learn from that data, run models on it, and get an output that we could evaluate. That is actually what you would do in a data science job, as opposed to some math proof.”

After graduation, Grin will travel to Nielsen’s Chicago office in July for training before beginning the first of four rotations in New York City.

“We get four six-month rotations where we basically pick a job and do it for a while. And that’s a good way to figure out what I like, which is a lot like what I had at Stevens actually. Through the co-ops and different classes, I had a lot of opportunities to figure out exactly what I wanted to do.”