Putting a New Spin on the Football Spiral 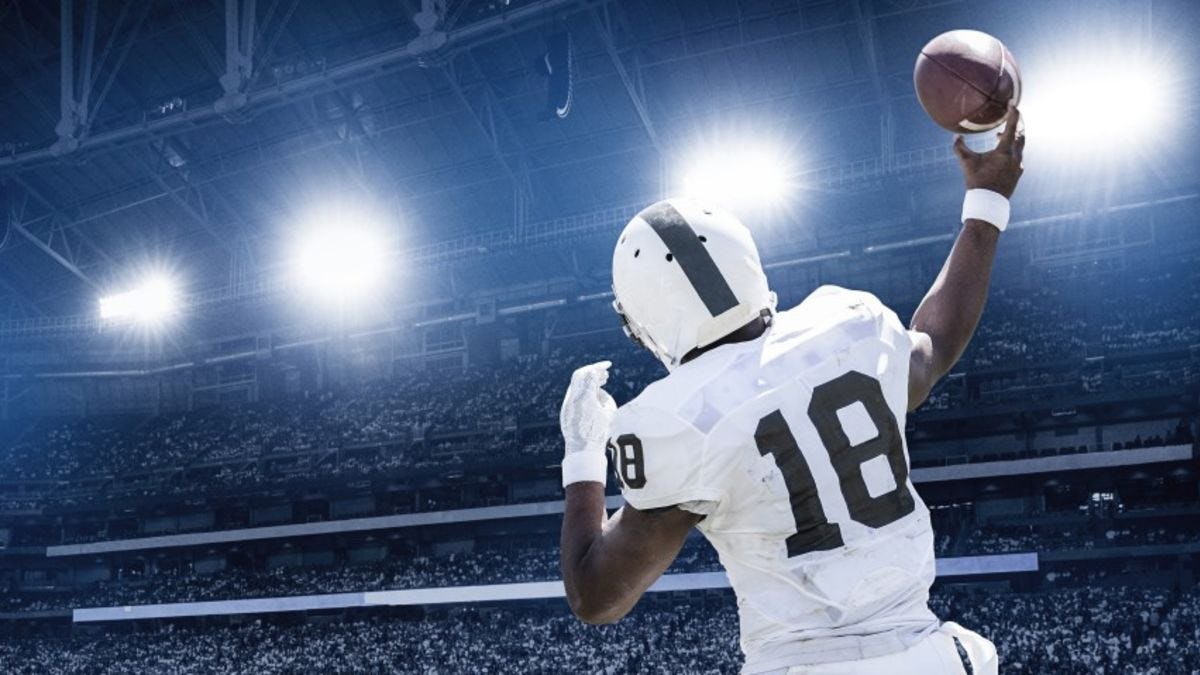 (Hoboken, N.J. - August 4, 2022) – Only a handful of researchers have studied why an American football flies in such a unique trajectory, rifling through the air with remarkable precision, but also swerving, wobbling, and even tumbling as it barrels downfield. Now, ballistics experts at Stevens Institute of Technology have, for the first time, applied their understanding of artillery shells to explain this unique movement, creating the most precise model to date of the flight of a spiraling football.

“When a quarterback makes a good spiral pass, the ball’s trajectory is remarkably similar to that of an artillery shell or a bullet, and the military has poured enormous resources into studying the way those projectiles fly,” explained John Dzielski, a Stevens’ research professor and mechanical engineer whose work is reported in The American Society of Mechanical Engineers’ Open Journal of Engineering. “Using well-understood ballistics equations, we’ve been able to model the flight of a football more precisely than ever before.”

In fact, Dzielski said, while the ballistics equations themselves are not terribly complex, the motions that they predict can be. The equations contain many terms that represent all of the ways that the air may affect a shell’s motion. The first challenge lay in considering each variable in turn to determine which ones are important when used in a new or different context.

Dzielski and co-author Mark Blackburn, a senior research scientist at Stevens, first took an exhaustive approach — modeling everything from a quarterback’s handedness to the effect of crosswinds, to the impact of the Earth’s rotation — then derived equations that stripped out factors that didn’t substantially influence a football’s flightpath. For example, during a 60-yard pass, the Earth’s rotation changes the end point of the pass by only four inches. “It turns out the Earth’s rotation doesn’t have much effect on a football pass — but at least now we know that for sure,” Dzielski said.

Modeling a football’s flight sheds light on what separates good passes from bad ones. Dzielski and colleagues not only showed that a spiral pass can wobble at a slow rate or at a fast rate (or a combination of both), but also were the first to calculate what those frequencies are for a football. If the football wobbles slowly, then it was well thrown. If it wobbles quickly, then the quarterback twisted his wrist (like turning a screwdriver) or shoved sideways as the ball was released. The wrist might have twisted because the quarterback was being hit.

“Quarterbacks and coaches already know this intuitively, but we’ve been able to describe the physics at work,” Dzielski said.

Another, more surprising finding was that the Magnus effect, which causes a spinning baseball to slide or swerve due to changes in air pressure, has remarkably little effect on a spinning football. A football spins along the wrong axis to trigger the Magnus effect, so any deviations in flightpath must come from a different source, such as the lift created as a ball angles through the air, Dzielski explained. “Many people believe that footballs swerve left or right because of the Magnus effect, but that’s not the case at all. The effect of the Magnus force is about double the effect of the Earth’s rotation,” he said.

In addition, Dzielski and Blackburn showed, for the first time, that this swerving is intimately connected to why the ball ends up nose-down at the end of the pass when it is thrown with the nose up.

Although Dzielski’s and Blackburn’s work represents the most precise model of a football’s flightpath to date, Dzielski cautioned that more work is still needed. Because a football spins and tumbles as it travels, it’s almost impossible to use wind tunnel studies to accurately record the aerodynamics of a football in motion. “That means we don’t yet have good data to feed into our model, so creating an accurate simulation is impossible,” he said.

In coming months, Dzielski hopes to find funding for instruments that can capture aerodynamic data from a free-flying football in real-world settings, not only in wind tunnels. “That’s the only way we’ll be able to get the kind of data we need,” he said. “Until then, a truly precise – and accurate – way to model a football’s trajectory will remain out of reach.”