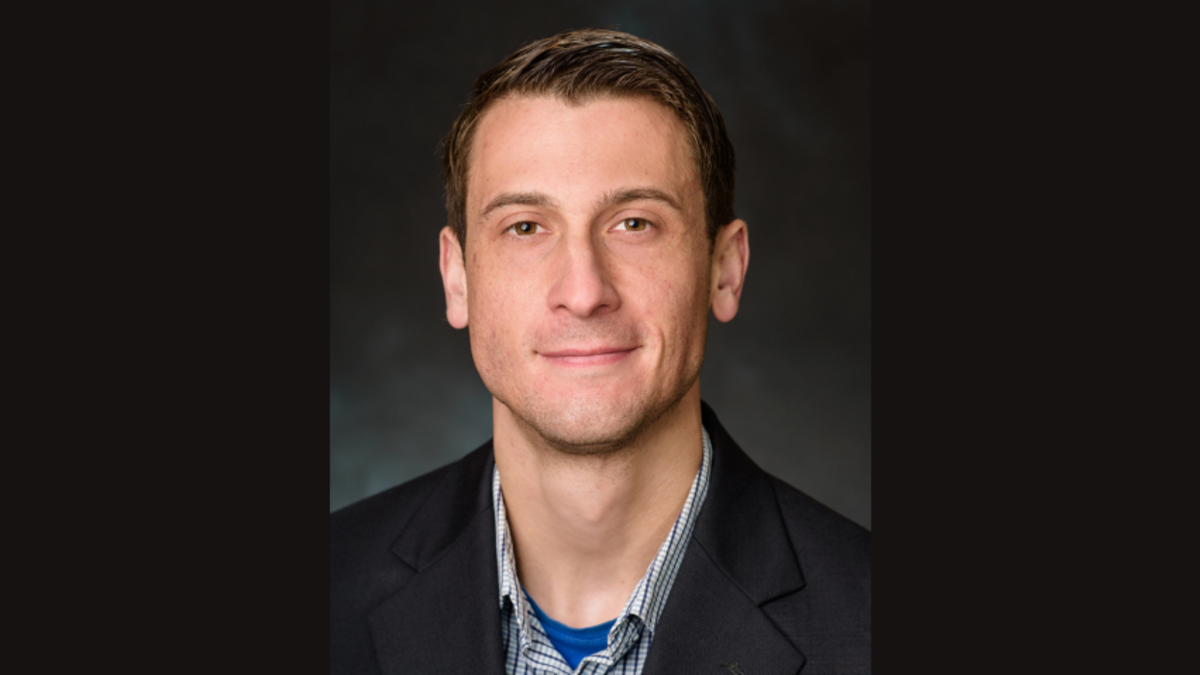 Nick Parziale is studying how air flows around vehicles in hypersonic flight, which can reach five times the speed of sound or more—a burgeoning area of research that can have implications in how we travel in the future.

If a visitor walks down to the basement of Edwin A. Stevens Hall at Stevens Institute of Technology, they will be greeted by an unusual sight: a hypersonic wind tunnel that spans about 60 feet and is made from steel and aluminum parts.

Researchers are using it to study hypersonic aerothermodynamics, said Nick Parziale, an associate professor at the Charles V. Schaefer, Jr. School of Engineering and Science’s Department of Mechanical Engineering. Hypersonic aerothermodynamics, a major part of Parziale’s research, is the study of how air behaves around objects traveling at hypersonic speed—Mach 5, or five times the speed of sound or more—and is a burgeoning area of flight research. 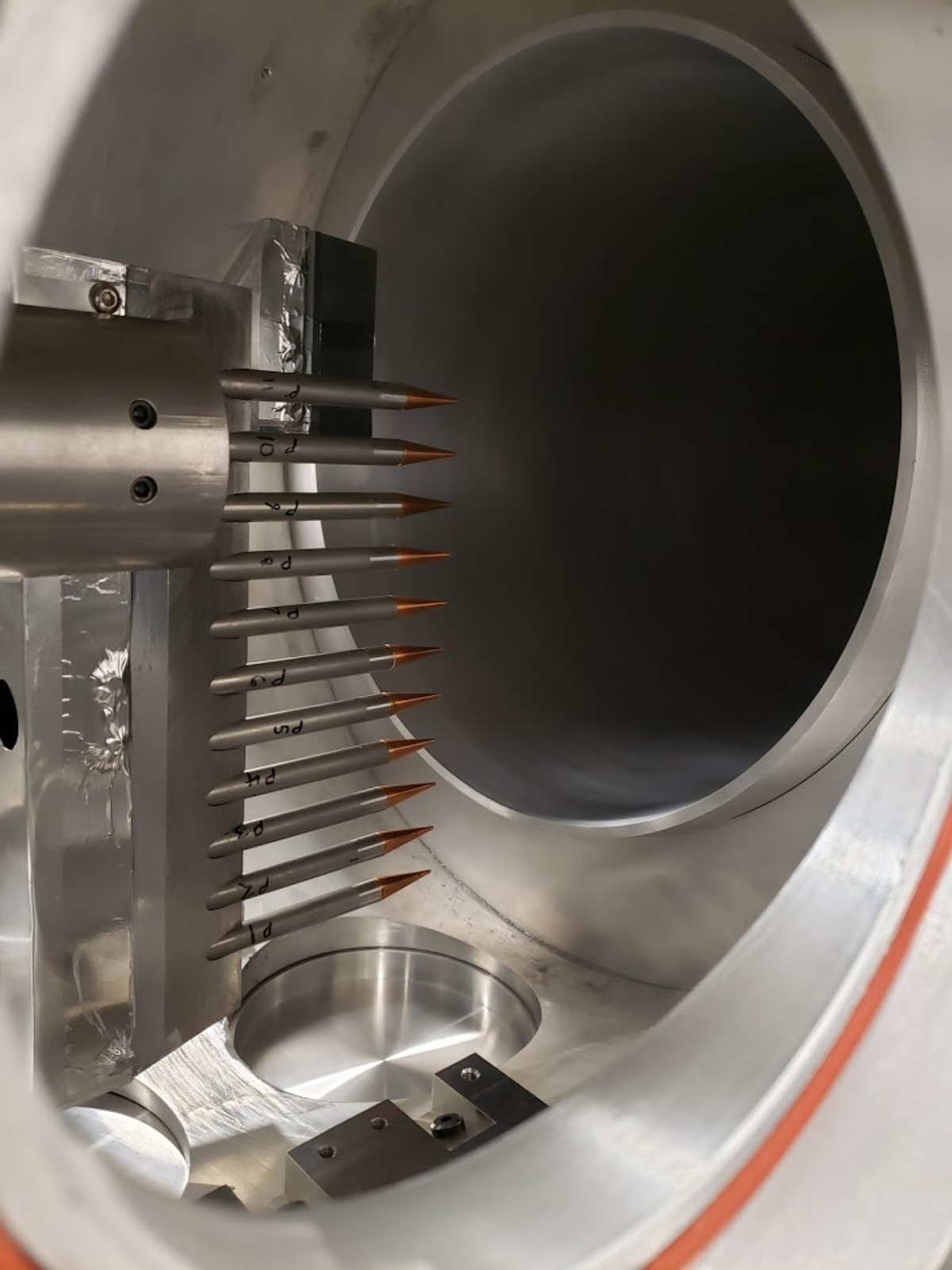 “Imagine a commercial jet flying from LAX (Los Angeles International Airport) at 10 a.m. and then, at a certain altitude up in the clouds, it picks up so much speed that the plane shoots across the Pacific Ocean and arrives at Narita International Airport in Tokyo in three hours,” said Parziale. “The world will become smaller and air travel to the other side of the globe won’t be so strenuous if hypersonic flight becomes widespread.”

Hypersonic flight, which clocks in at about 4,000 miles per hour or more, is very difficult right now, said Parziale. Commercial airplanes fly at 550 miles per hour, or at subsonic speeds. The Concorde, a famous commercial jet that was in service until 2003, and contemporary military fighter planes are supersonic, fly at speeds that are more than Mach 1—or just over the speed of sound. In contrast, hypersonic flight is not widespread and has only been attempted in test planes, rockets, or spacecraft because of the technical barriers involved, Parziale said.

“Funny things happen when vehicles fly at Mach 5 and above,” said Parziale.

The fluid mechanics of air become more complex at these speeds, with nitrogen and oxygen molecules disassociating into atoms, while heat on the vehicle ratchets up to levels that can melt down the skin and components of a typical airplane. And not much is known about the physics around a hypersonic vehicle when it travels through rain, Parziale said.

Because of these types of phenomena and questions, Parziale and his lab have been developing novel methods to study and measure the gas flow, called the boundary layer, around vehicles moving at hypersonic speeds. These methods don’t disturb the air flowing around the vehicle with obtrusive probes but instead optically observes and measures gas flow activity.

Parziale has been involved in utilizing krypton tagging velocimetry techniques. This entails measuring the velocity of fluids using tracer particles, in this case the element krypton—a chemically inert noble gas, which is seeded into the flowing air. Researchers study the motion of the tagged krypton and can calculate the speed and direction of airflow around vehicles from these observations.

The advent of the wind tunnel will greatly enhance these research efforts. Parziale’s research group designed the wind tunnel and had it fabricated off-site. The tunnel, which was funded by a grant from the Office of Naval Research (ONR), was then transported onto campus in sections on flatbed trucks earlier this year. It is eight inches in diameter inside, while the tunnel’s exit is 16 inches wide. Air pressure inside the tunnel can reach anywhere from 100 to 150 times ambient air pressure. Because the nature of this work is fundamental research, Parziale uses basic or “canonical” shapes for his wind tunnel experiments, not actual scaled-down models of aircraft.

Panorama of many of the tunnel components being delivered to Stevens campus. CREDIT: Nick Parziale

“We are excited that we have this wind tunnel on campus, and that we are now able to perform an array of research on-site that before would have necessitated us to go elsewhere,” said Parziale.

Before, Parziale and his team had a plastic tube for their studies, and they at times had to go book times at other wind tunnels, which entailed them spending a whole day jammed packed with research and which left very little room for experimental tinkering.

“When you do field research, you get up at five in the morning, and you get to the lab, and you work all day and night trying to accomplish as much as you can before going home,” said Parziale. “But when you have a tunnel on campus, you have time to be more thoughtful and tinker, which is the really fun part.”

Besides the wind tunnel, Parziale’s 2020 so far has been studded with milestones. Parziale won Stevens’ Employee Excellence Award for “Excellence in all we do,” earned tenure, and was promoted from assistant to associate professor. And recently, the Department of Defense made large investments in Parziale’s lab:

The last grant makes the lab now part of a large multi-site study, “Particulate and Precipitation Effects on High-speed Flight Vehicles,” which is headed by the University of Minnesota (total funds for this project are $7.5 million).

Another focus of Parziale’s lab is developing sustainable biofuel. He’s been working on fast-pyrolysis techniques, rapidly heating biomass such as wood above 800 degrees in the absence of air, to generate biofuels. These fuels are not necessarily for aviation, but the research dovetails with Parziale’s interest in thermodynamics, fluid dynamics, and chemistry. The goals of this work are to increase the quality of the biofuel products and reduce its cost to make.

With all the different research projects, the wind tunnel, and his usual slate of mechanical engineering classes, Parziale has his plate full but finds his work to be fulfilling.

“No day is ever the same. It’s fun,” said Parziale. “There is very little monotony in the lab. You’re always solving new problems or venturing into new areas in your research. It’s terrifically exciting.”

Panorama of the tunnel under construction. Students of Parziales group are pictured: David Shekhtman on left, Ahsan Hameed on right. CREDIT: Nick Parziale