Melissa Murphy ’14 is Harnessing the Power of Digital Exhaust 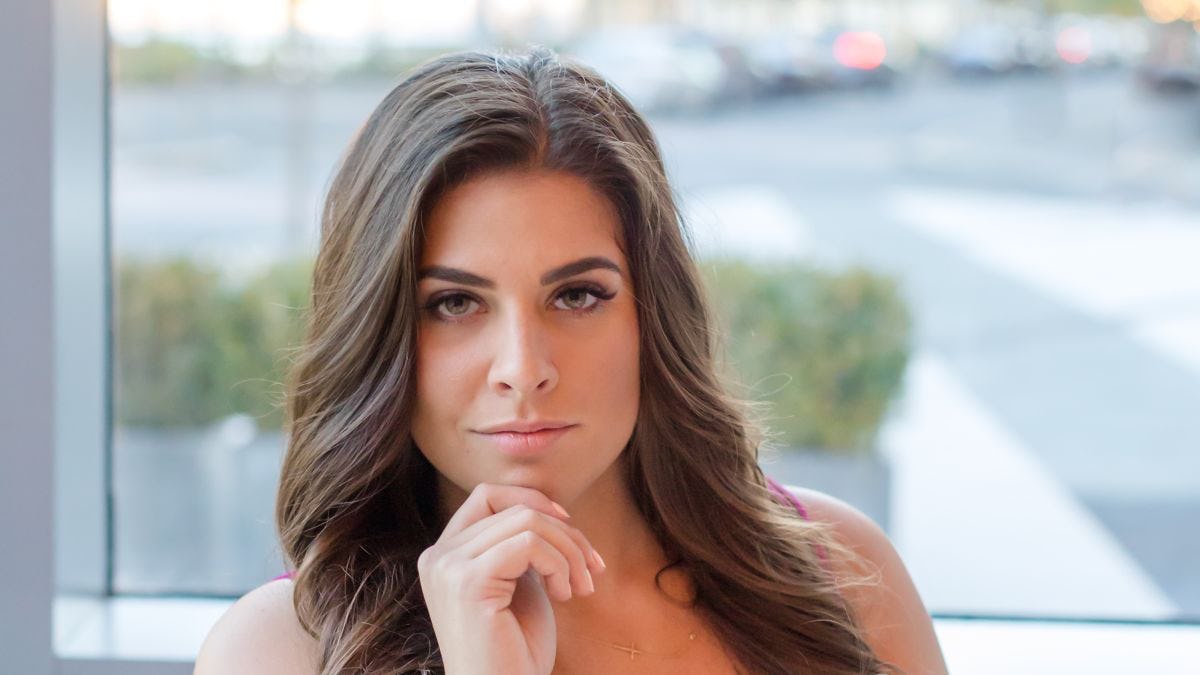 Melissa Murphy ’14 once envisioned a career in Constitutional law. Instead, she is using her knowledge of quantitative finance as well as her Stevens-honed talent for innovation to ensure our right to data privacy.

“I wanted to study political science and become a Constitutional lawyer, but my mom saw a different path for me,” she says with a laugh. “She worked for Sealed Air Corporation and knew about Stevens through the company’s connections with the university.”

In her first year at Stevens, Murphy was on track to major in political science when a guiding hand again nudged her in a new direction. This time, it was School of Business Teaching Professor George Calhoun.

“Professor Calhoun suggested I consider changing my major to quantitative finance,” she recalls. “I didn’t think I could handle the math requirements of the program, but he encouraged me. When I told him of my plan to go to law school, he pointed out that a degree in quantitative finance didn’t have to stand in my way. In fact, I could still sit for the LSAT and would have other career options as well.”

Murphy went for it and went all-in to take advantage of everything Stevens offered. “Stevens connected me to career opportunities that other schools couldn’t match,” she notes. “JPMorgan Chase & Co. recruited me from Stevens in my sophomore year, and I stayed on as an Analyst there throughout my undergraduate education. I was able to pay for my degree and watched my academic progress become a return on investment before I even graduated.”

Murphy excelled academically at Stevens, earning the Martha Bayard Scholarship from 2010 to 2014. The scholarship recognizes outstanding young women based on high academic achievement and leadership.

Despite the demands of work and school, Murphy found time to be part of the varsity soccer, varsity cross-country, and club crew teams. But as much as she loved sports, her favorite Stevens memory relates to – of all things – calculus. “After dropping Calculus III, I learned that it would not be offered during the following semester,” she says. “This meant that I would have to take Calculus III and Calculus IV at the same time. Although it wasn’t fun at the time, I learned a lot about what I could accomplish when I set my mind to it.”

As Murphy’s confidence grew, so did her achievements. By 2015 she was working with Citi as a Management Consultant for Regulatory Initiatives, later joining Scotiabank as Senior Manager for U.S. Regulatory Technology. In 2021, Murphy completed an MBA as a Sloan Fellow at MIT’s Sloan School of Management.

Although Murphy chose not to pursue a career in law, she remains passionate about justice and equity. Through her start-up Delphi DEX , Murphy is on a mission to empower all of us to control our own data. “Delphi DEX is focused on digital exhaust – the clouds of data that emit from technology devices when we use them,” she explains. “Our goal to take that data off the market and return it to the people who created it, and who should rightfully own it.”

With Delphi DEX, Murphy hopes to enable people to control and sell their own digital exhaust as PNFTs, or Personal Non-Fungible Tokens. “Each of us would have the ability to create passive income by selling our own PFNTs,” she says. “We are in the early stage of Series A funding for the company, and we have been developing software and applications to track and combat individuals’ lack of anonymity online. In the next round we will build on a high frequency trading platform, which will allow us to acquire data on behalf of privacy more quickly than competitors who will buy it to use for their own profit.”

Murphy is also bringing her expertise into service for her country as an instructor for the U.S. Department of Defense. She teaches applied finance, international economics, and threat and counter-threat financing to those involved in international deployments.

Murphy is active in the community as well, volunteering as a “Wish Granter” for Make-A-Wish® of Metro New York and Western New York, and as a mock interviewer for Upwardly Mobile. Now that graduate school is behind her, Murphy is making even more visits to Castle Point.

“I love that Stevens is small enough that the professors I had remember me as a person,” she says. “And I love seeing the university evolve and get the recognition it deserves. For example, my professors at MIT knew that Stevens was the first to offer an undergraduate degree in quantitative finance. That was exciting for me and affirmed my earlier choice to study at Stevens.”

Murphy hopes that today’s Stevens students will see her success as encouragement to challenge themselves. “Take the hardest classes that you can,” she advises. “The goal in undergraduate school isn’t to get the best grades, it’s to find your boundaries. Stevens offers a fail-safe environment. Find your point of failure and get comfortable with taking risks. Be bold!”