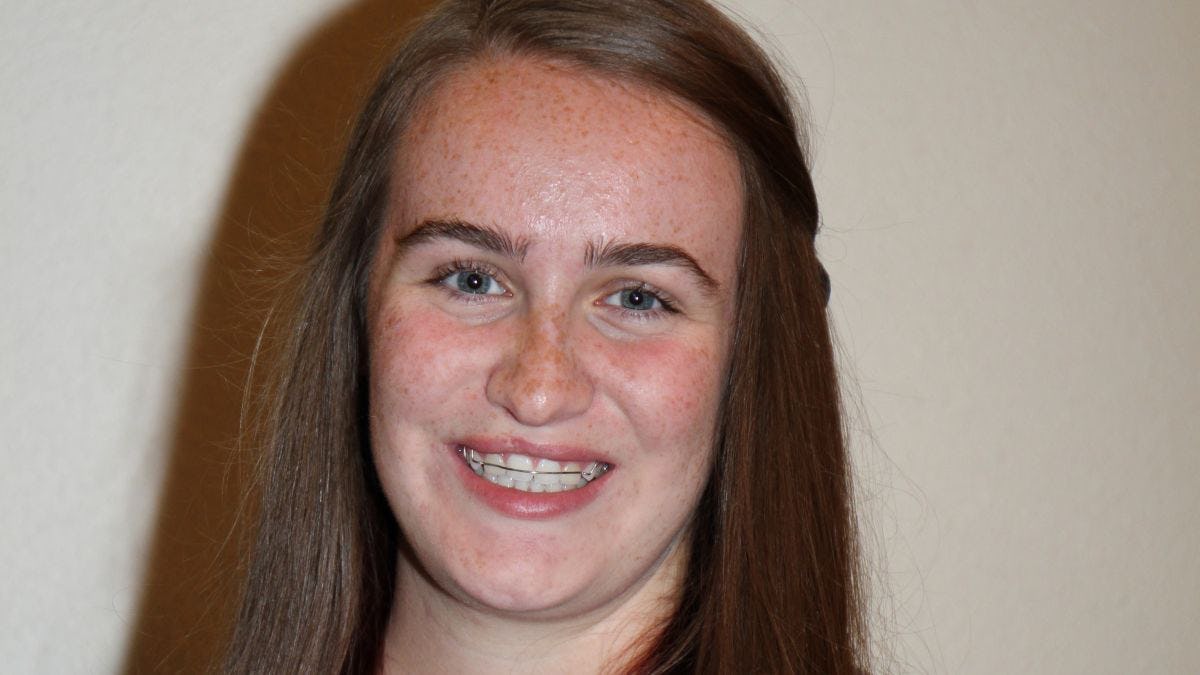 This fall, MacKenzie Randle began her junior year at Stevens Institute of Technology with a clear focus on what she wants to accomplish. Fresh off a momentous summer internship at the prestigious Lawrence Livermore National Laboratory (LLNL) in Northern California, the engineering physics major says she is now more certain than ever that she wants to go to graduate school after she completes her undergraduate studies at Stevens.

“My internship at LLNL solidified my decision about going to graduate school because it helped to remove any apprehension I had about choosing that path. I got to see firsthand what I could do with a Ph.D., and realized that I really wanted to work in research.”

Randle was among an elite group of students nationwide to participate in the Science Undergraduate Laboratory Internship (SULI) program. The U.S. Department of Energy (DOE)-sponsored program provides college students a unique opportunity to conduct real-world research at a DOE laboratory under the guidance of laboratory staff scientists and engineers on projects supporting the DOE mission.

“Lawrence Livermore National Laboratory is one of the premier research facilities not only in the U.S. but in the world. Having an internship there is very impressive and MacKenzie should be proud of herself,” said physics professor Christopher Search, who is Randle’s faculty advisor. “There is no doubt in my mind that the internship at LLNL will have a positive impact on her chances to get into a top tier Ph.D. program.”

Randle says she was delighted to be selected to be one of 30 interns to work at LLNL, not only for the prestige, but the opportunity to work in a physics-related field. Assigned to the lab’s astronomy department, Randle worked on building an adaptive optics system, a technology that sharpens telescopic images, allowing astronomers to view stars and galaxies at high magnification.

“The system I was working on was intended to be used for teaching purposes by professors and Ph.D. students.”

This hands-on lab experience was a first for Randle, and she says it won’t be her last.

“I definitely want to talk to professors at Stevens and find out what kind of research I could do this semester or next because I know that’s really important to have for graduate school admissions, as well as graduate fellowships.”

The exposure to LLNL scientists, she says, inspired a renewed focus on her physics studies.

“I just want to learn as much as I can while I’m at Stevens because there is such a wealth of knowledge to tap into here.”

Her interest in physics, she says, stems from her love of science-fiction.

“I was always a fan of sci-fi, and in high school, I became hooked on physics because it challenges your imagination with endless possibilities.”

Aside from her academic achievements, the Mississippi-born native who considers Tampa, Florida home, is a gifted swimmer. Sought after by admissions officers from big-name universities seeking to recruit standout scholar-athletes, Randle chose Stevens for its strong academic curriculum and its close-knit community environment.

“I wasn’t sure that I would receive the attention and guidance I was looking for at a big school.”

Of course, the fact that there was already a familiar face at Castle Point didn’t hurt. Her older sister Meghan is a biomedical engineering major now in her senior year at Stevens.

Randle says she is happy with her decision given the academic support and personalized career guidance she’s received so far.  It was Search, she says, who brought LLNL to her attention.

“He was also one of the professors who wrote me a recommendation. Professor Stefan Strauf and Professor Robert Pastore were the others. In addition to being great professors, they’ve all been very supportive of me.”

Search says he knew Randle would be a strong candidate for the LLNL internship, speaking not only as an advisor but as someone who has witnessed her academic performance first-hand. He has taught her in three classes, including one this semester in laser engineering and design.

“She is always making a strong effort in all of her classes to master the material. I was impressed by her diligence. The effort she made in my classes is all the more impressive because she had a pretty heavy course load and is on the swim team.”