Life Aboard the S.S. Stevens 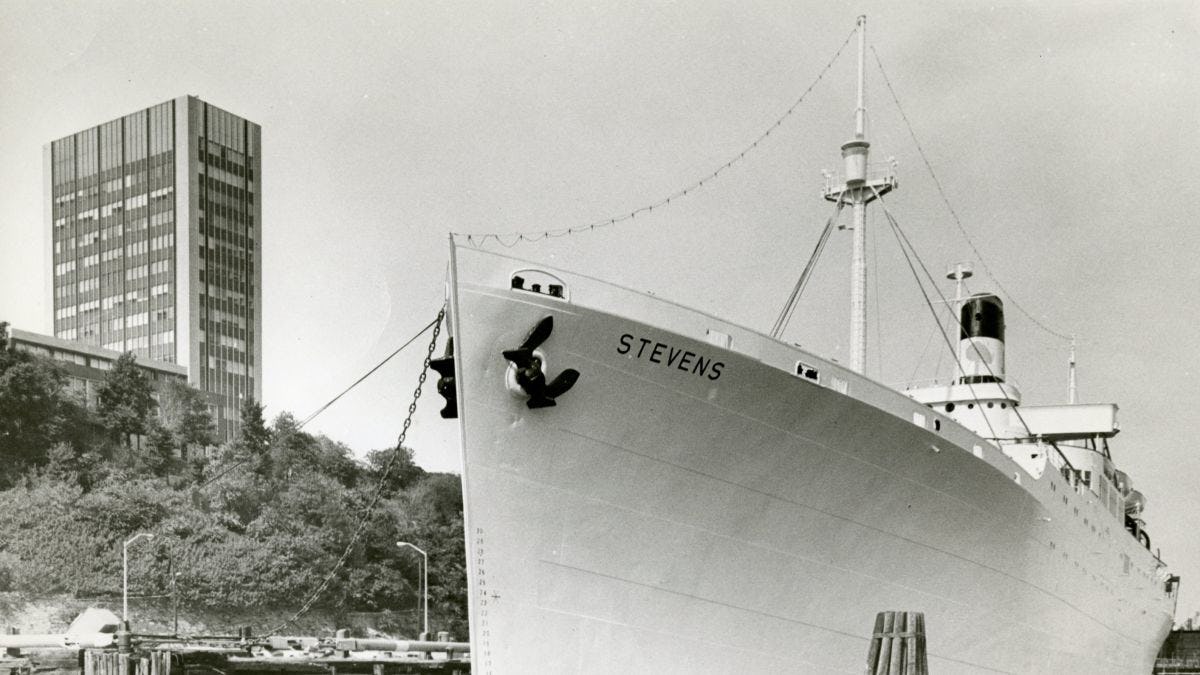 The October 1967 edition of The Stevens Alumni Letter bore an unexpected headline: “Only Budding Engineers and Scientists with Sea Legs Need Apply.” Though it may sound like an advertisement for a new Davidson Lab project, the newsletter heralded the arrival of an unconventional living space for students — the S.S. Stevens.

In the mid-1960s, student enrollment at Stevens was rising, as was the demand for on-campus housing. While a new master construction plan was in the works, it became clear that an interim solution was needed. Around the same time, university administrators learned that the U.S. Maritime Commission planned to sell a 473-foot former passenger-cargo liner out of its “mothball fleet.”

The ship in question had a colorful history. Originally known as the U.S.S. Dauphin, she was built in 1944 as a naval attack transport. Following service in the Pacific Theater during World War II, Dauphin was deactivated in 1946. Two years later, she was re-outfitted as passenger-cargo liner S.S. Exochorda. The ship carried 124 passengers on 42-day round-trip cruises from New York to ports around the Mediterranean until she was deactivated once again in 1959.

Stevens purchased the ship for approximately $130,000 in 1967. Following renovations at Hoboken’s Bethlehem Shipyard, the vessel was moored at the Eighth Street Pier. On November 10, 1967, the vessel was rechristened S.S. Stevens and began housing about 150 students a year from 1968 until its departure in 1975.

Though it was only docked at Stevens for seven years, the ship has solidified itself as a university legend in the hearts and minds of alumni. The Indicator caught up with three former residents — John Newton ’71, Pat Whelan ’72 and Bruce Blondina ’73 — to learn what it was really like to live aboard a “floating dormitory.”

Newton was among the first students to live aboard. “In my year, nobody knew if it was a good deal or a bad deal, whether it was going to be unpopular or popular,” he recalls. “I simply arrived and was assigned a room.” Though the staterooms were small (Newton remembers Murphy bed-style bunks that rolled up into the walls to maximize living space), each had a private bath and air conditioning — two luxuries uncommon in dormitories. Playing pool was a popular pastime, though games were often disrupted by changing river tides. “The ball would not go in a perfectly straight line,” remembers Blondina, who lived on the ship for three years. “You had to shim up the pool table to get it level during your game at least once or twice.” 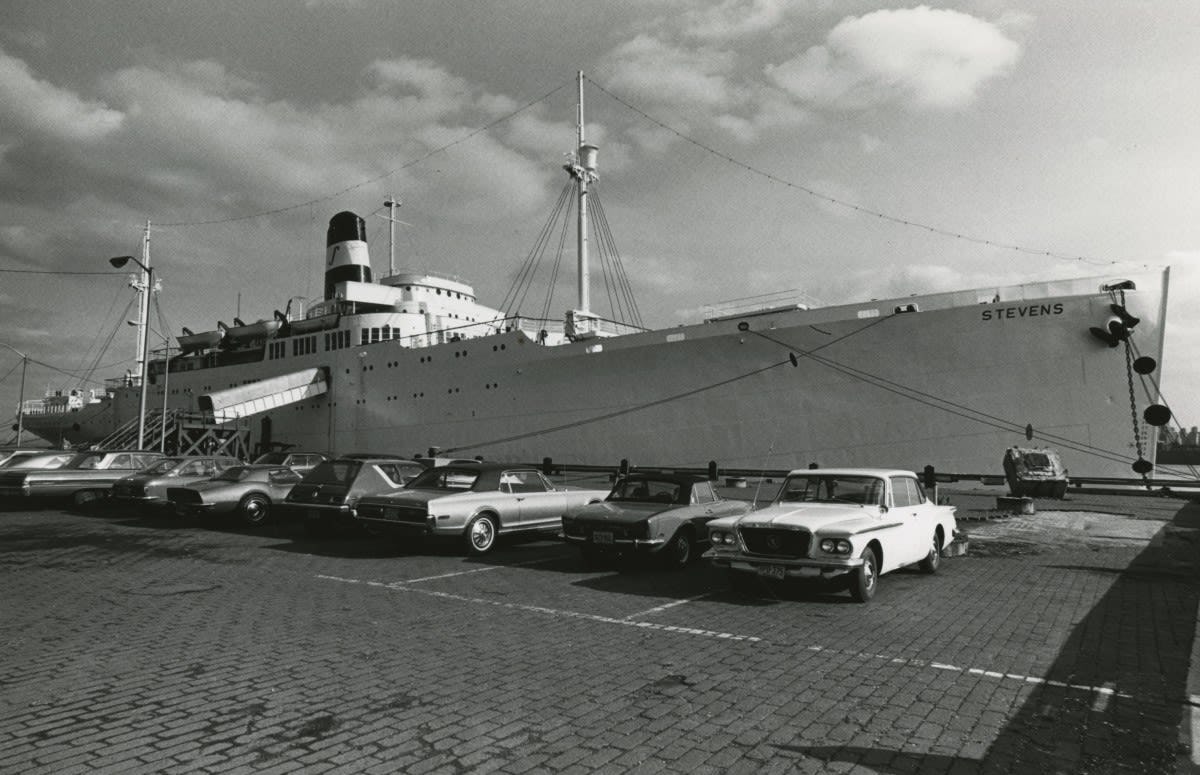 One drawback of ship life was the distance of the S.S. Stevens from campus essentials. Students endured a half-mile trek to class or to the dining hall in all kinds of weather — unless they were brave enough to take the rough-hewn path cut into the cliff face of Castle Point. The shortcut — which came to be known within the Vietnam-era student body as the “Ho Chi Minh Trail” consisted of little more than a pipe and a rope that aided a vertical scramble up dirt and rocks to The Stevens Center (the building now known as the Wesley J. Howe Center).

Though the isolation of the ship was sometimes inconvenient, it was also liberating. Being far away from university administration meant rules could be bent without (much) fear of consequence. A party scene blossomed, and the S.S. Stevens became a popular place for the all-male student body to entertain female guests.

Whelan remembers dazzling his then-fiancée with the ship’s incredible views. “If you think about where the ship was located, you’re across the river from one of the most beautiful cities on the planet,” he says. “It was very romantic in that sense — at the right point in time, and with the right libations!” 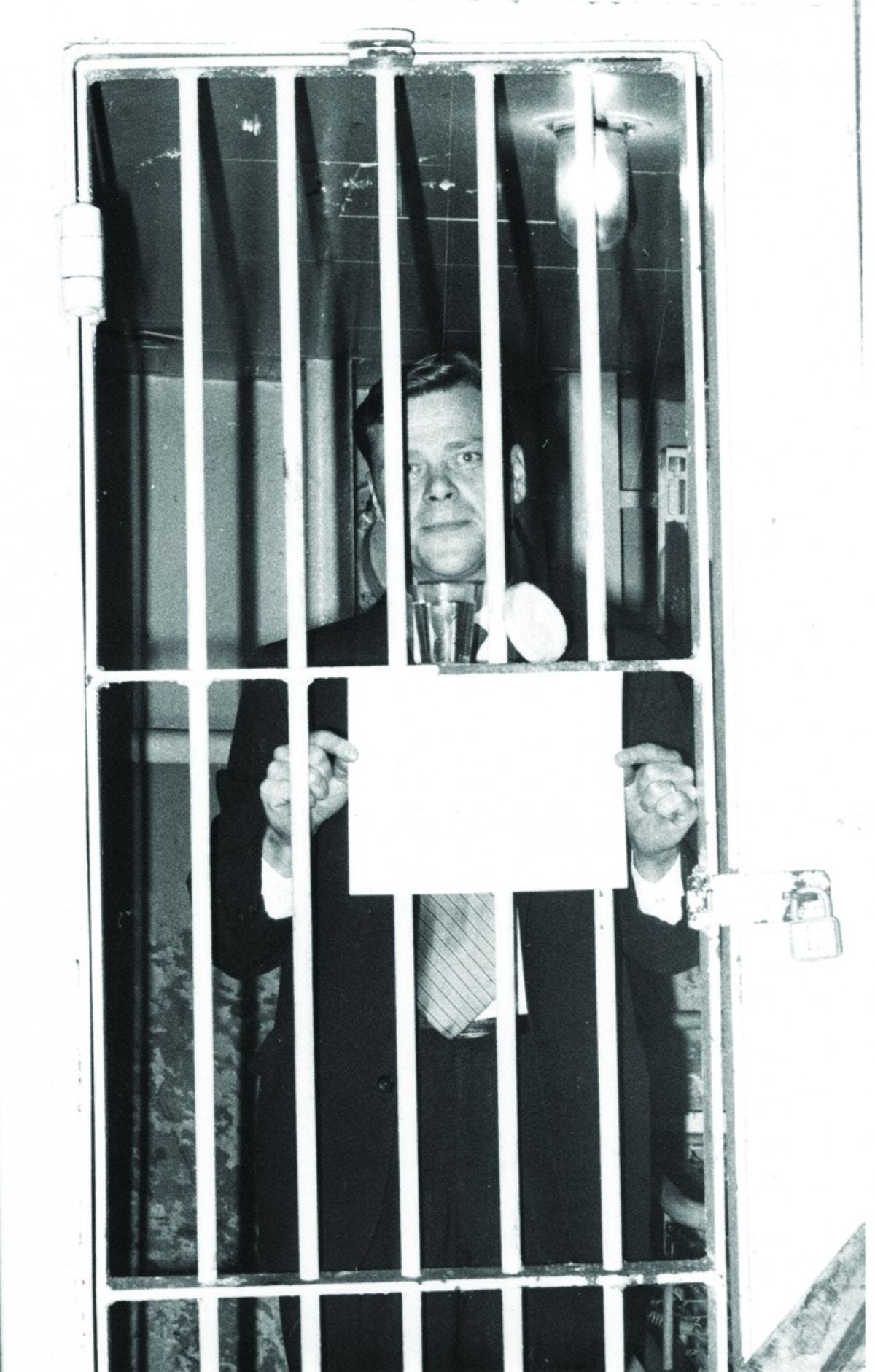 Stevens' Dean of Men Richard Eversen, trapped in the ship's brig during a prank pulled by Bruce Blondina '73 and friends.

In addition to parties, pranks were another popular amusement on the S.S. Stevens, often involving a bit of engineering. “A common prank was to get the horn to work, and also to light some smokey materials on fire up in the smokestack to make it look like the motor was running,” remembers Newton. “Occasionally, we’d also throw a fire hose over the stern to make it look like the propeller was turning, and if you could get [all three] to go all at once, it was a big deal.”

One bold prank targeted Stevens’ then-dean of men, Richard Eversen. Knowing that Eversen was knowledgeable about the innerworkings of the ship, Blondina recalls asking the dean to give a tour of the vessel’s lower level — an area typically off-limits to students. “What he didn’t know,” explains Blondina, was that “many of the ‘tourists’ who were joining him had already been down below — and they knew there was a brig.” The students prepared a lock ahead of time and tricked the dean into going inside one of the cells. “Once he stepped in — clink!” the door was closed and locked behind him. Eversen received bread and water from his captors while a call was placed to his boss to try and secure bail (the request was denied). Though his incarceration only lasted about 30 minutes, it is said the dean later kept a framed photo from the ordeal on his desk. 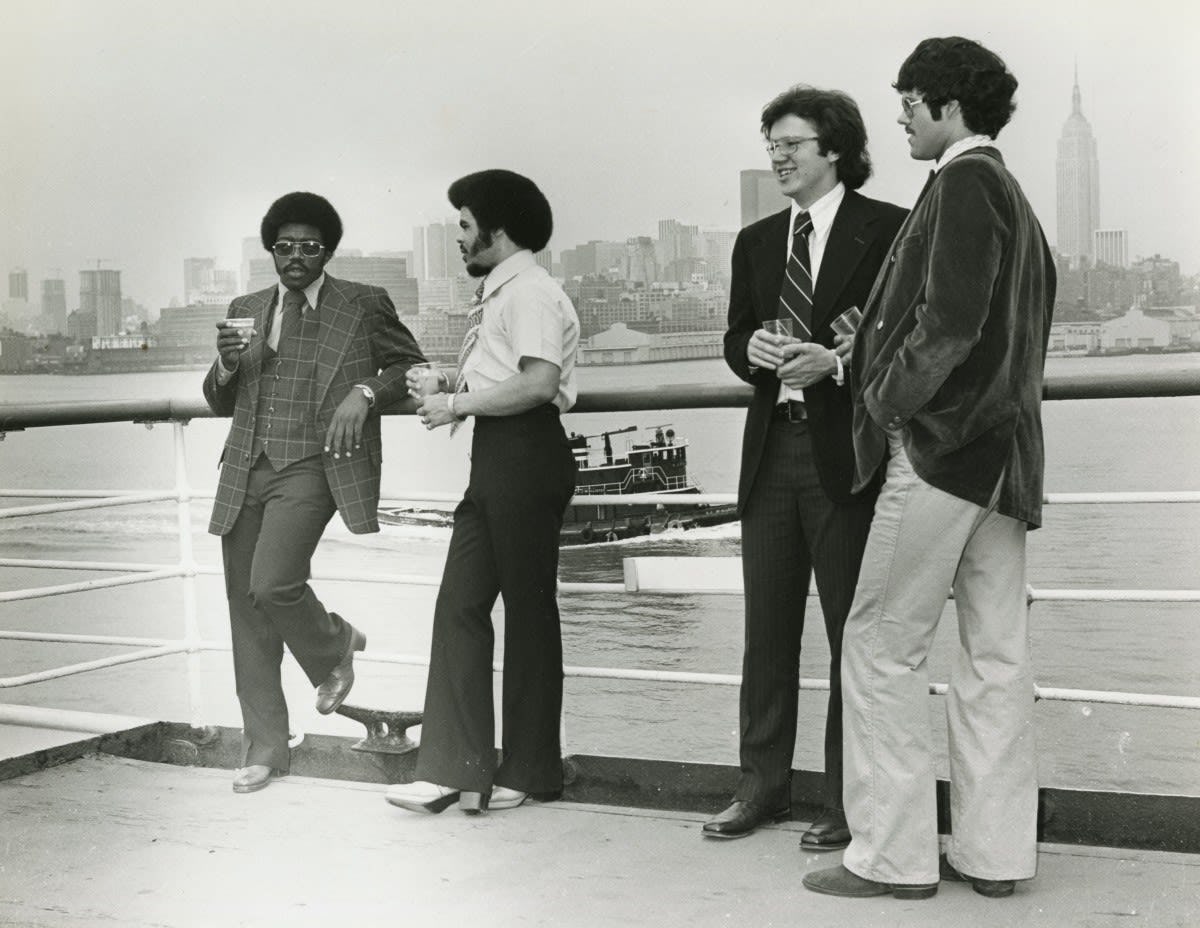 Students celebrating Commencement Weekend on the ship's deck in 1975.

The ship’s unique atmosphere created a shared experience and camaraderie among its residents. “The boat, because it was a ways from campus, created a bit of a separate world … I always viewed it as the eleventh fraternity,” explains Blondina. But it wasn’t just the residents who felt the pull of the ship — their visitors did, too.

Whelan remembers a visit from his father, a World War II veteran who never spoke about his service until he came aboard the S.S. Stevens. “He had gone to Europe on exactly this type of ship,” Whelan says. “We walked up on deck and we started talking; I heard the history of his time in Europe. It was the closest that he and I had been at that point in time … we talked for hours, and part of it was being on that ship. It brought back the memories for him.”