Lab Out Loud: Universities Are Key to LGBTQ+ Visibility in STEM 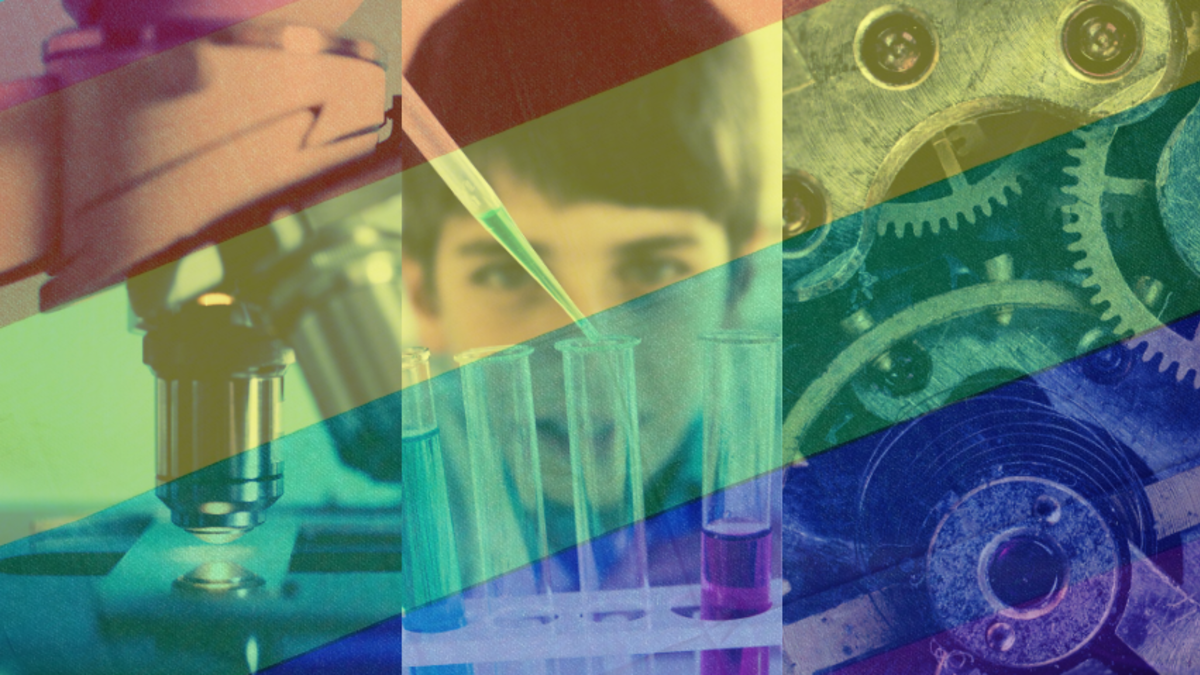 Students, professionals, and organizations work together to overcome barriers like visibility and representation of the LGBTQ+ Community in STEM.

LGBTQ+ students and professionals face barriers to representation and visibility in science, technology, engineering, and math (STEM) fields. In academia, over 69% of STEM faculty members report feeling uncomfortable coming out to coworkers—and LGBTQ+ students are almost 10% less likely to stick with STEM despite factors that usually signal strong retention rates, such as involvement in undergraduate research.

There is currently both a visibility and underrepresentation problem regarding LGBTQ+ professionals and students in STEM fields. A recent study suggests that only 2.7% of people employed by STEM related federal agencies identified as LGBTQ+ – 0.4% and 0.7% lower than those employed by non-STEM agencies and even the estimated percentage of the U.S. population. There is also evidence that this lack of representation and visibility carries over to academia.

One of the biggest visibility issues that LGBTQ+ individuals face is a fundamental lack of data, Kurt explained. The National Science Foundation is the sole collector of STEM census data but does not include LGBTQ+ as a census category. The push to change that has gained some traction, but as it stands, LGBTQ+ individuals remain uncounted.

“And you can’t address inequality unless you count,” said Kurt. "We need more data in order to address this inequality."

That inequality is problematic for researchers who may feel pressured into invisibility—and a major roadblock for students who struggle to see a future for themselves in STEM. Experts say that universities are key to dismantling those barriers by shining a light on LGBTQ+ events and organizations and listening to students and staff.

A Worldwide Effort to Highlight Gender and Sexual Minorities in STEM

One such organization is Scotland’s STEM Village—and this month they’re taking their work global with the inaugural STEM Village virtual symposium, where Kurt is on the organization team. The event kicks off August 26, 2020 with programming and networking for over 350 international attendees. The schedule for the online scientific conference includes research and poster presentations as well discussion panels, the most notable of which are the Equity, Advocacy and Justice panel which will explore ways in which working environments can be improved for the LGBTQ+ STEM community, and a Drag in STEM panel, which will look at the intersectionality of drag, gender fluidity, and STEM. Scottish Prime Minister Nicola Sturgeon will also be speaking.

Much like every event across the globe that was once in person, the STEM Village Virtual Symposium came about partly due to necessity because of the COVID-19 pandemic, but organizers quickly realized there was a greater opportunity to be had.

“When we were running this as a physical event, all but one of our attendees were located within the United Kingdom. Taking this online, I realized that it was an opportunity to open this up to the world, and showcase that these types of events are being run from Scotland,” explained STEM Village founder Matthew Sinton. “We've managed to get around 400 people registered from every continent–except Antarctica, sadly!–and 27 countries.” 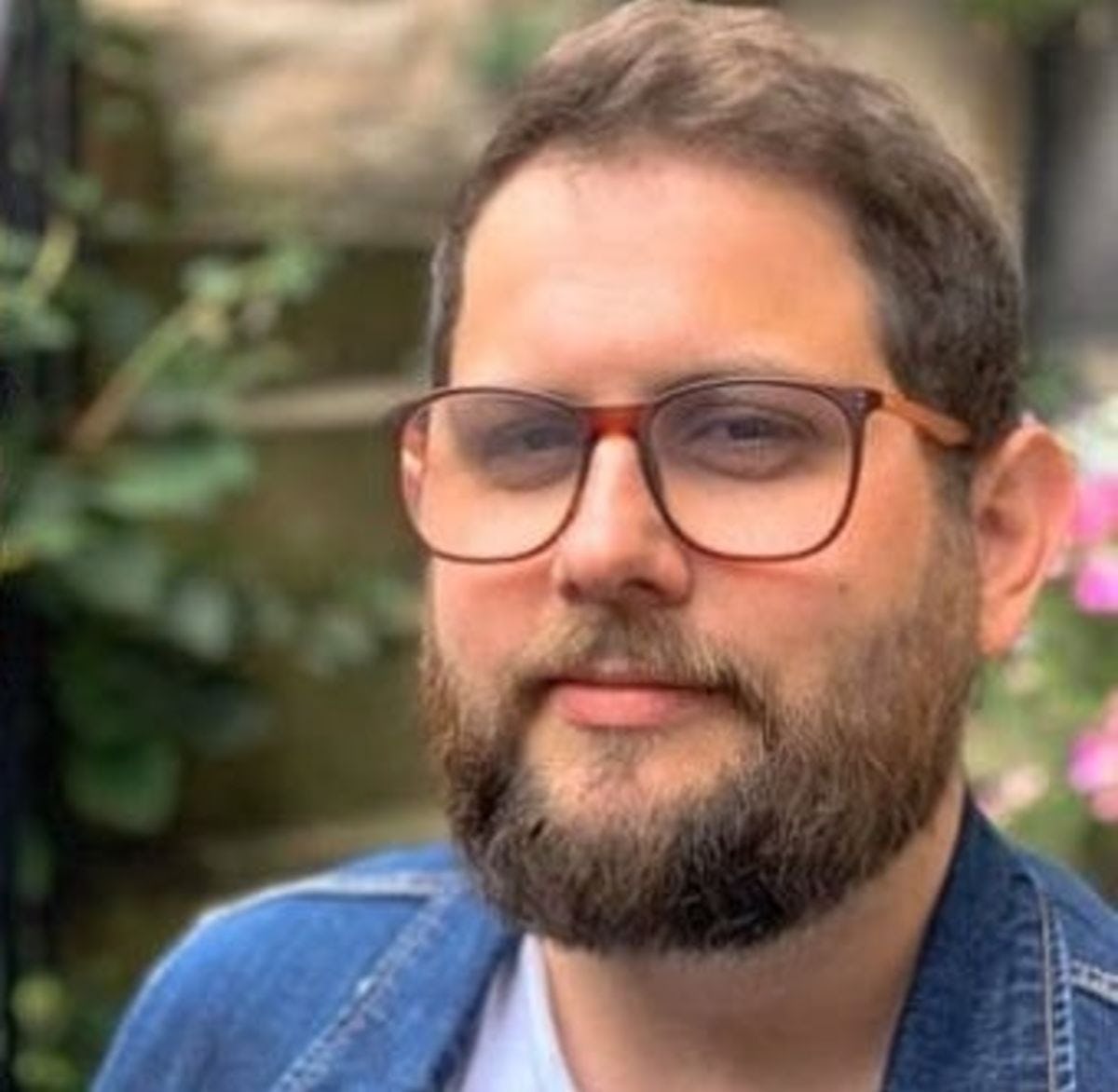 Stinton credits working with people from across the world like Kurt to help promote the event, mostly via Twitter and email. "I came across with The Stem Village on Twitter early this year and reached out to Matthew to get involved,” Kurt recalled. "Since then, with Matthew leading the way, we have a group of enthusiastic, international LGBTQ+ scientists who have helped with the organization of the event. The idea of bringing the global LGBTQ+ community together is really exciting."

“In the short term, I hope that this helps to add to the increasing visibility of the LGBTQ+ STEM community. I also hope that it allows people the opportunity to interact and start to create their own networks,” said Sinton. “In the longer term, I hope that we can use this as a platform to develop more focused groups, such as an LGBTQ+ STEM Imaging meeting. On top of that, I'd really like to start getting people onboard with video interviews that can be used as a resource in schools and colleges, so that LGBTQ+ students can see that people like them work in STEM.” Kurt, a decorated neuromechanics researcher and recent co-recipient of a $2M National Science Foundation Grant to fund his research on concussions, has another event as his own brainchild–Brain Day.

In the spring semester of 2021, he is planning an event at Stevens that will bring local high school seniors and undergraduate students to campus for a full day of learning. The event is open to anyone, and Kurt will be working with LGBTQ+ high school and university organizations in the metropolitan area to bring these students to campus. The morning session will comprise talks covering the history and current experience of LGBTQ+ people in STEM while the afternoon will move to the Kurtlab for a crash course in brain anatomy and concussions, followed by a design-your-own-helmet competition. The event will also kick off a peer-to-peer mentorship program, bringing LGBTQ+ students together with industry professionals for an 8-week project, culminating in a virtual conference.

Kurt hopes that the mentorship format will help students who can feel isolated connect with trustworthy resources in their community. “If students see people giving talks and meet mentors, they may feel comfortable reaching out,” he explained. “The research component is actually meant to stimulate all those hard conversations that they might want to have.”

No university is perfect when it comes to LGBTQ+ issues, but there are major points for effort to provide a number of resources that aim to make campuses more inclusive. “I think Stevens and STEM in general have a long way to go on queer rep, but I do think that Stevens is trying—and they're listening,” said Skye Doto, fifth-year computer science co-op student and president of the Torch Alliance, an LGBTQ+ student social organization at Stevens. For many LGBTQ+ students and professionals, the willingness to really pay attention is what is most important.

Stevens utilizes a Safe Zone Ally certification–one which Kurt has received–to identify people and places on campus where LGBTQ+ students can turn for support. “I definitely trust professors who have gone through that training more than those who haven't because it is very accessible, and it's something that they could easily go through,” noted Doto. Current students can also attend safe zone workshops for better allyship.

Kurt implements many recommendations from safe-zone training, such as including pronouns in emails and bios to minimize misunderstanding and making it easier for LGBTQ+ students to share theirs. “It's such a small gesture, but it can make a lot of difference,” said Kurt. “Maybe if a student goes through a tough time in terms of feeling oppressed at Stevens or elsewhere, they will feel more comfortable talking to me because I've made those small gestures."

“At Stevens, if anybody has an issue with a professor accepting them or refusing to use the correct pronouns or the correct name, we have two people now that we can talk to—Liliana Delman and Sara Klein—and they'll get it sorted out,” explained Doto. Delman is the assistant director for diversity education at Stevens and Klein is the assistant vice president for student affairs.“I think that making sure that information is known to students is very important,” said Doto.

In addition to formal trainings, there are more casual opportunities for community among LGBTQ+ students similar to Torch Alliance. oSTEM, a national professional society dedicated to supporting LGBTQ+ people in STEM, has a local chapter at Stevens and TranSIT is a new transgender organization on campus.

“Stevens does well with student initiatives and has always been a very student-driven campus,” noted TranSIT president Tyler Wright, a computer engineering junior. “If a group of students agree that they want to see some change happen or something new exist, they will push to make these things come true. This has been especially true for LGBTQ+ organizations as of late, with TranSIT, oSTEM, and the Diversity and Inclusion Committee all starting within the last few years.” TranSIT keeps a catalog of LGBTQ+ friendly centers, clinics, and other resources around New Jersey and New York City that they are happy to share with anyone who reaches out.

"Gender and Donuts" is a weekly gathering for trans and non-binary students organized with Delman in which Wright participates. "We work with Liliana's office closely and cohost events together whenever there are events to be had. There are regular Gender and Donuts meetups hosted by Diversity Ed that members of TranSIT typically play a big role in," Wright said. "When on-campus, these meetings usually consisted of coffee and donuts and we'd meet with administration in a relaxed setting to discuss the state of campus and how we're being supported. Nowadays, these meetings consist of some casual discussion and a video game or two."

Wright noted that there is still room for improvement, as gender-inclusive bathrooms on campus were slow to materialize, but understood that administration can be cautious when approaching major change on campus. “I would like to see more open communication and support from Stevens' upper administration.”

As LGBTQ+ representation in STEM remains low due to these kinds of barriers, spotlighting the issues faced by the community goes hand-in-hand with creating more opportunities for visibility. These are just a few people and organizations making an effort to spark change in STEM. For more information on LGBTQ+ resources on the Stevens campus and beyond, visit https://www.stevens.edu/LGBTQ.