Julia Howe ’01 is Taking on Hollywood 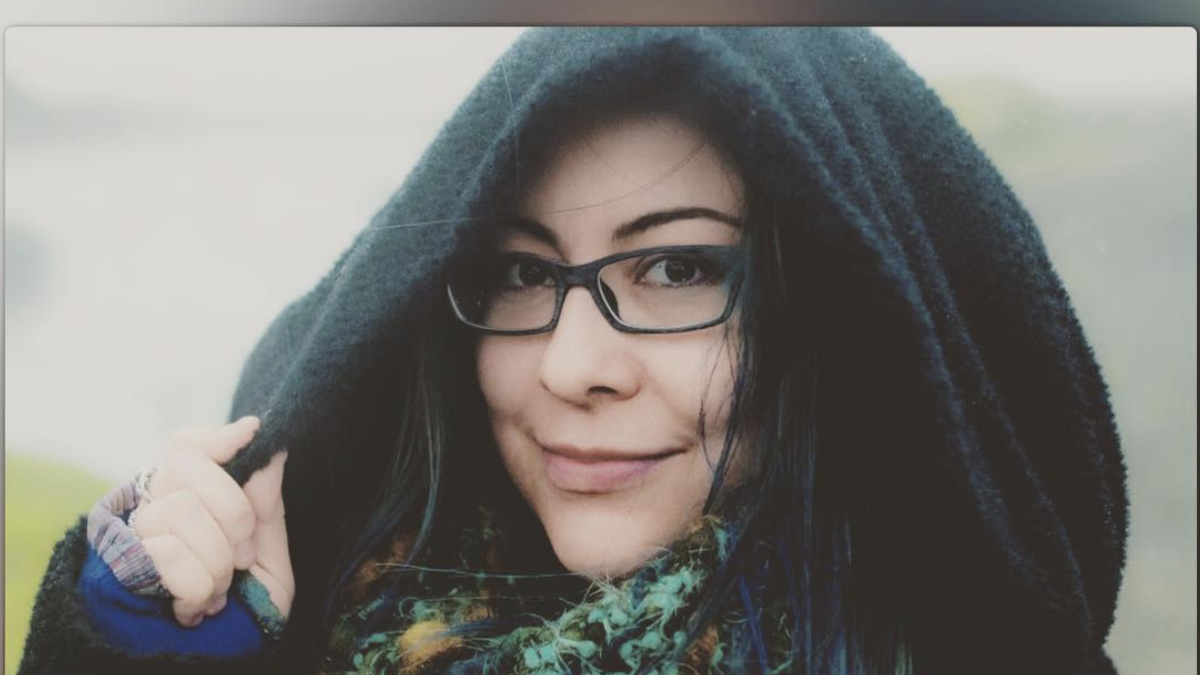 Julia Howe ’01 is breathless when you catch her on her lunch break in Burbank, California. She recently wrapped up special effects work on Ellen’s Game of Games, Ellen DeGeneres’ TV game show for which she helped create an imposing, motion-control mountain — “Mount Saint Ellen” — that kicks up rocks and flings off hapless contestants as they climb this slippery slope for prizes.

On this particular summer day, she’s based at a special effects (SPFX) trailer, getting material ready for travel to Rochester, New York, to begin shooting new episodes of Hyperdrive, an original Netflix series and American Ninja Warrior-style racing show that she can’t talk much about.

Howe seems to have an affinity for fantasy, monsters and horror — from the film, Godzilla: King of Monsters, for which she did digital asset management; to her “pyro, haze and motion control” expertise lent to The History Channel’s series, Knife or Death, in which knife experts and martial arts specialists “slice, stab and chop their way through a blade-shattering gauntlet for a chance at winning a $20,000 grand prize;” to The Depths, a virtual reality (VR) original series for which she was executive producer and production designer — an underwater horror experience that lead some people to throw off their VR headsets in terror. 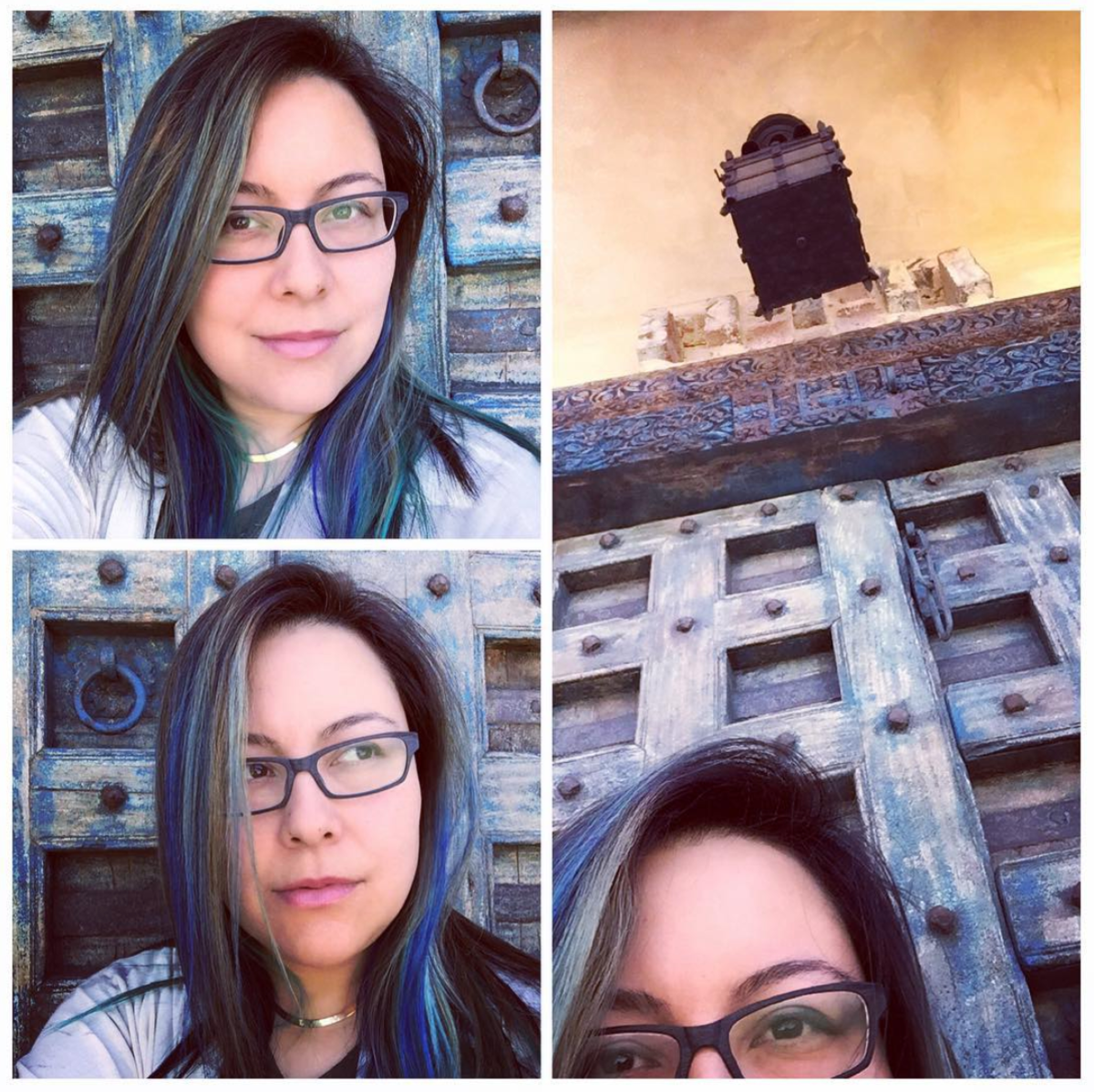 “It’s pretty weird,” she says with a throaty laugh. “You never know how a Stevens degree figured into this craziness.”

Howe — a dual sociology/philosophy major who minored in music and also studied computer science and project management at Stevens — is a Los Angeles-based artist and technologist for hire and entrepreneur who has worked on major Hollywood films and television series, VR experiences, music videos and TV commercials. She has walked the red carpet at the Emmy Awards, and her major credits include the Godzilla film, set for release in 2019; The Great Wall, starring Matt Damon (she did cybersecurity digital asset management); and visual effects for Steven Spielberg’s sci-fi TV series, Fallen Skies; the film Dumb and Dumber To, with Jim Carrey and Jeff Daniels; and the epic historical war fantasy 300: Rise of an Empire, among others.

She has also co-founded Clever Fox Media with her husband, Dekker Dreyer, based on Hollywood Boulevard, where the team creates VR and augmented reality (AR) experiences, as well as visual effects, for clients such as Warner Brothers, Disney, Forbes and the NFL.

What started as lending a hand to her indie filmmaker friends on the weekends — she had a knack for fixing gadgets — got her creative juices going and evolved into a career she loves.

She and her husband travel the world for their work and are members of the Academy of Televisions Arts & Sciences (the Emmys). One memorable experience for Howe: living in China for eight months to work on The Great Wall, an action fantasy in which mercenaries battle monstrous creatures for control of the Great Wall of China.

Handling cybersecurity digital asset management for the film, she battled challenging IT issues, including the country’s powerful firewall. But it was the first American film made there in a decade, she says, and she was proud to play a part.

“It was such a feat, and such a huge movie. I feel it was a good opportunity to bridge (cultural differences) — something both cultures could appreciate.”

For Godzilla, she curated the art department’s assets in a visual database, making sure that everything got to the production designer and everyone stayed on the same page. A major challenge, she says, was that the Godzilla concept has gone through a number of makeovers over the years — and then a second Godzilla film came out right when they were in production.

“I have been a very big Godzilla fan for a long time,” she says. “I was very excited for this project. It’s going to be a good movie.”

Howe, who started out working for a large gaming company, has worked her way up through the entertainment industry; in her first film work, she played a stand-in witch for a friend’s student film. Her reputation as a gadget-fixer for indie films traveled, and she ended up doing an apprenticeship, joining the union and doing her time as a journey person. 300, which she filmed in Bulgaria (“I never thought I would have so much fun in Bulgaria. The people are super nice. There is technology, but people live more simply.”) was a turning point. There, she learned motion control technology and acquired an in-demand skill.

As a child, though, she preferred books and hiking to TV and film. And she loved tinkering in the workshop of her grandfather, Wesley J. Howe ’43 (namesake of Stevens’ Howe Center, and the late Stevens benefactor and board chairman).

He was so happy and at home in his workshop, she recalls, where he showed her how to use power tools.

“He was a maker and a tinkerer,” she says. “He was a very down-to-earth guy. The experience that I had with him was that he was a stickler for detail and a perfectionist.”

He was also a saxophone player who never really found the time to feed his creative side, his granddaughter says. So while she keeps a busy schedule of film and TV work, along with VR/AR clients, she also makes times for her own personal artwork: resin and epoxy sculpture, outdoor landscaping, arbors.

As to her own career, Howe also uses this measure: it must be fun and challenging.

“I wouldn’t take a job that I didn’t think was cool!” she says. “When I wake up and go to a job, it better bring laughter or amazement. At the end of the day, you spend one third of your life at work.”

She is excited for the potential of VR and other media that have yet to be discovered.

“I am excited for the new ways that people can see things from a different perspective. (With VR) People on a mass level can open their eyes to a new experience.” She imagines people being able to see things almost firsthand — be it the edge of a volcano or a war-torn village and the people who are trying to rebuild it.

“The one thing that VR does pretty well is capture the ambience/feeling of a place at a certain time.” There’s real potential for VR — for technology — to spark activism and improve lives, she says. Technologists and artists must scrutinize their work, Howe says emphatically: “I can help create or make that — but do I want to live in a world that has that?” she asks.