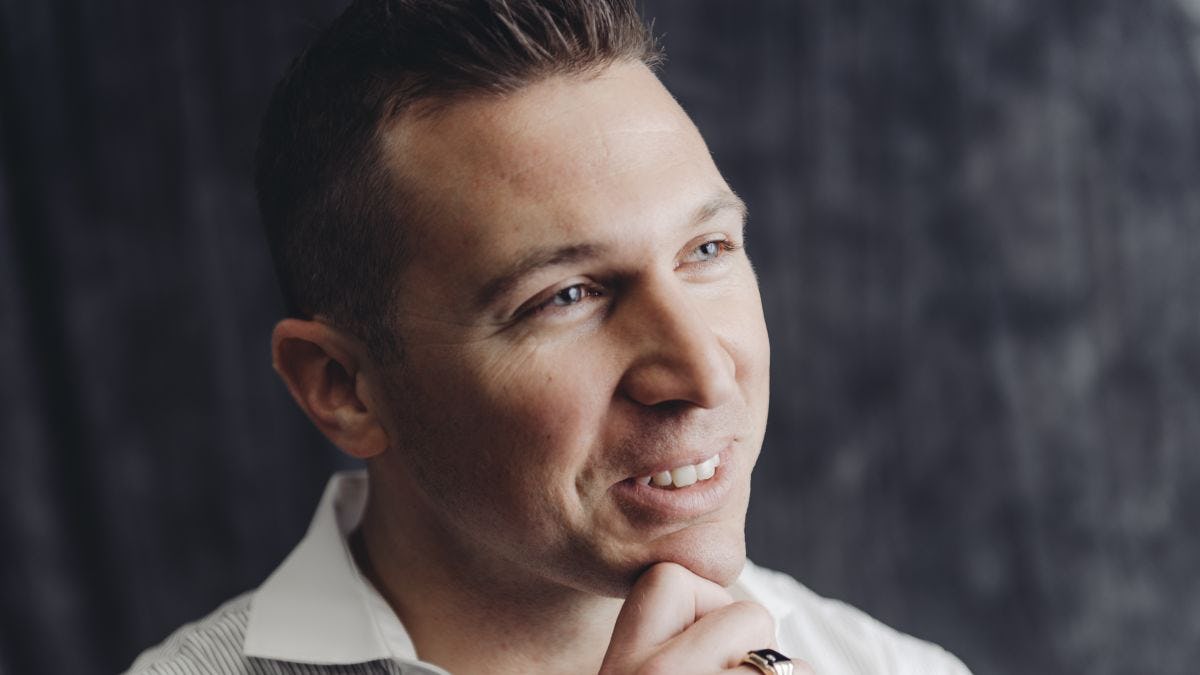 It was awkward, to say the least. Unpleasant, even. Jonathan Escobar ’16 had convinced his divorced parents to meet with him and an Army recruiter. Only 17 at the time, Escobar would need signatures from both his mother and father in order for him to enlist, a decision his father supported and his mother opposed. Add that disagreement to the already tense relationship — “they didn’t get along at all,” Escobar says about his parents — and it made for an unpleasant hour for the family, before it was clear that the recruiter was standing them up. “I was so upset; I’d gotten my parents in the same room and I’m finally trying to do something, and this guy doesn’t bother showing,” he says. “So I was talking out loud, thinking about what I could do to piss this guy off and my dad says, ‘Join the Marines.’ So that’s what I did.”

Growing up in Rockland County, New York, the youngest of three with two older sisters, Escobar jokes that he’s “the king of jumping rope.” He has no shame in this proclamation, maybe even wears it as a badge of honor these days.

He was a good student, but by the time he reached high school, he wanted to branch out from the small, private school he’d been attending and venture to public school. Using football as his reason for the transfer — no football team at the private school — he ended up playing only one year.

Instead, he says, he made friends, having fun in school and excelling in math and science. He did well in his freshman and sophomore years, without even trying. With that, he never really bothered putting any effort into school, even when his grades slipped. “I knew I was intelligent and that I could get by without applying myself, so I didn’t,” Escobar says. “I got Cs and Ds, and my father and the truancy officer were tight.”

But the laissez-faire attitude wouldn’t last, especially during his senior year when all his friends were talking about college. Coming from a military family (his maternal grandfather was in the Navy and his paternal great-grandfather was a Marine, among others), the idea of enlisting wasn’t completely foreign.

So a few days after being stood up by the Army recruiter, Escobar had his parents back in the same room, this time with a recruiter for the Marines who actually showed, but his mother still wouldn’t sign. It would take two days after his 18th birthday for the recruiter to contact Escobar, who joined right away.

His desire to be on the front lines was thwarted by his aptitude on the Armed Services Vocational Aptitude Battery, an exam the military uses to help determine career path. Instead, he was assigned as helicopter crew chief, responsible for pre-flight and post-flight inspections. “The pilots have the cockpit, we had everything else. I was on the CH 46 Echo helicopter; it’s old but I loved it.” Aside from serving as the on-board mechanic, “Cheese” (Escobar’s call sign and nickname, bestowed upon him by his fellow servicemen for his ever-present smile) also manned a 50-caliber machine gun set up on either side of the aircraft.

His missions trained foreign military (Philippine Marine Corps, Royal Thai Armed Forces and Republic of Korea Marine Corps) and provided humanitarian aid and disaster relief (assisting the Government of the Philippines during election times so terrorist groups couldn’t harass citizens and working with Japan after the Fukushima Daiichi nuclear disaster in 2011, among others). He visited seven different countries during his duty and has a soft spot for Okinawa, Japan, where he was stationed for three years. “It’s such a special place, I felt bad being there. And even when the citizens would protest the military’s presence, outside the base, they were always so respectful of us as individuals and would move out of our way coming and going.”

When his initial commitment of service was up, Escobar, a self-described “changed man” (“I was a completely different person coming out, more respectful and appreciative of everything,” he says), transitioned into college life at Rockland Community College. While the military helped explain benefits available through the GI Bill and Yellow Ribbon Program, Jonathan Barnwell, the veterans coordinator at RCC, was the one who really helped Escobar find his path, taking care of him and the other hundreds of vets at RCC, but also by introducing Escobar to Stevens’ own Don “Doc” Lombardi. “I knew within five minutes of meeting Doc that I was coming here. He was the major draw.”

And though he was successful — he graduated with a bachelor’s in engineering — it wasn’t easy. He was a 24-year-old Marine veteran taking classes with freshmen. “I would hear some of the side conversations going on and it was hard to relate. Like, it was a culture shock. But I made a couple of friends and did my work and landed a job I loved at Picatinny Arsenal, so it was worth it.”

After his stint as a mechanical engineer at Picatinny Arsenal, in Wharton, New Jersey, Escobar landed at Orange and Rockland Utilities in Spring Valley, New York, where he is today, serving as an engineer for new or upgrading construction. “It’s funny, because when I was at Stevens, I swore off electrical, and now I review one-line and three-line diagrams on new or upgrading construction,” he says. “I’ve learned a lot, taking construction from start to finish.” He also has been assigned as a project manager for renewable energy and distributive generation projects (solar farms, for example). “It’s interesting and kind of cool. I like the way it’s going, especially from the distribution side.”

With his professional and personal lives in order — he’s been married to his wife, Brittany, for two years — Escobar is a far different person than he was when he enlisted. But a lot can change in four years, one month and 17 days. “The first thing I did when I got home was hug my parents and say, ‘Thank you.’ I used to complain about things like my cell phone and then I went out into the world and saw kids who didn’t have running water. It changes you … I owe the military for the man I am today.”