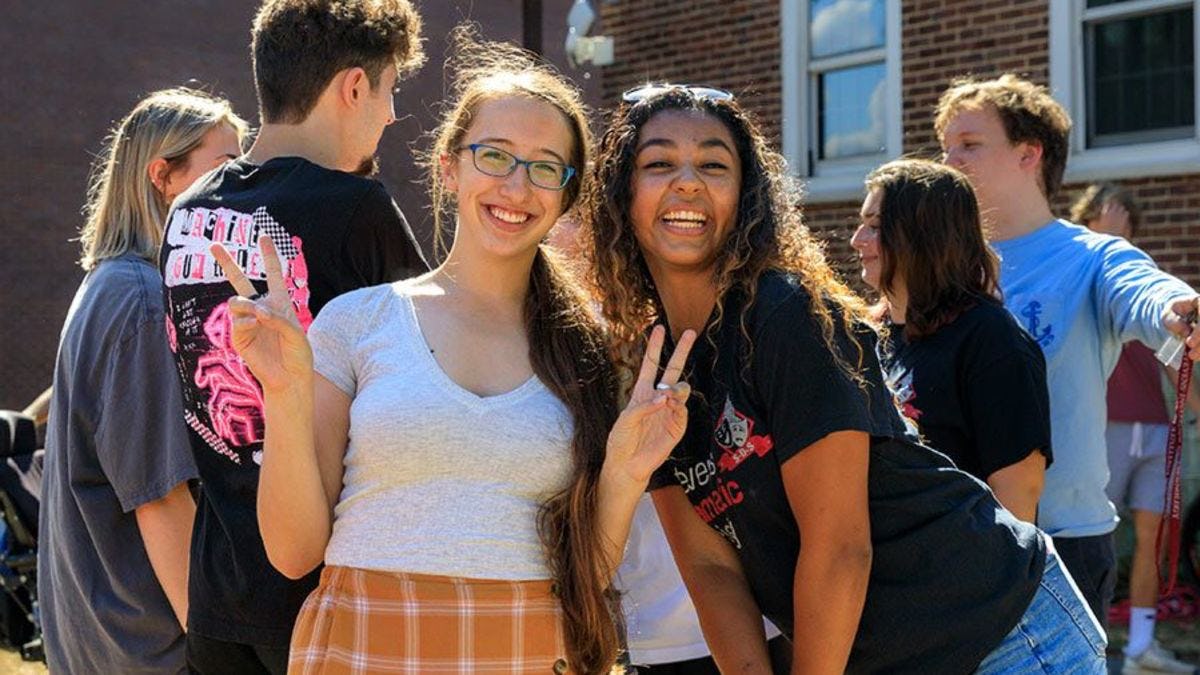 When Assata DeLoach, a senior at New Jersey’s Montclair High School, decided to enroll in astronomy in Stevens’ new dual-enrollment program for credit, it was for the challenge.

“I’m not first and foremost a math person,” says DeLoach, who studied the solar system and calculated planetary masses — and is now in the process of applying to multiple colleges as she considers her academic future. “Yet I learned a lot of new things that I feel were very beneficial to me. And even though there were a lot of mathematics and calculations, the professors explained them clearly.

“It was very cool and informative."

Deloach is one of 60 New Jersey high school juniors and seniors who enrolled in one of three virtual Stevens courses over the summer, receiving Stevens credit upon completion.

“All of these high school students were incredibly engaged in the material,” notes Jennifer Rodriguez, assistant director of the dual-enrollment program. ”Faculty even remarked to me how these were among the most engaged classes of students they have ever taught.”

It’s one of several Stevens initiatives gaining traction in the effort to build greater diversity in STEM universities and career fields.

Significantly, nearly three-quarters of Stevens’ inaugural class of 60 dual-enrollment summer students were women. Approximately half came from Hispanic/Latino background, 17 were Black and seven described themselves as Native American/American Indian.

“This was really important when recruiting and selecting the initial class,” says Rodriguez. “We all know that women and some communities are still underrepresented in STEM, and Stevens is working to change this with initiatives such as this dual-enrollment program.”

The three courses, each taught by Stevens faculty, delivered a mix of technical material, lectures and homework assignments in physics, computer science and business.

“Marketing has always been one of my interests,” enthuses Kimberly Larios, a senior from Union City attending Jose Marti STEM Academy who took the program’s marketing course. “I would definitely recommend it to other students who want to know more about Stevens or seem interested in one of the courses. It was an incredible experience that provided me with lots of knowledge and advice.”

“It was easy to get comfortable and learn the material even though I didn’t have experience with college-level courses,” adds Nico Cooperman, a rising junior who studied astronomy through the program. “I felt like I was treated like a full-time student at Stevens. They made sure that I had all the access to support I might have needed.”

Stevens will keep in contact with the initial cohort of students, both to gauge future interest in STEM educations and to track those who may eventually apply to become Stevens undergraduates.

“Now they have that Stevens credit on their resume and their college applications,” says Rodriguez. “This program makes them more marketable to those colleges.”

Stevens also brought many of the dual-enrollment students to campus for a day, touring labs, the new University Center Complex and discussing the college and financial aid application process.

“This is important information high school students and their parents need,” says Rodriguez.

DeLoach was among those who took and appreciated the campus tour.

“We toured the business school and a quantum physics lab to see lasers and how they worked among many other things,” she recalls. “They also talked to us about applications and taught us how to use the Common App.”

Already Stevens officials report the program has increased interest in eventual matriculation to the university.

“Quite a few of the students in this first class show strong interest in applying for Stevens in the future,” notes David Zeng, Vice Provost for Academic Innovation and Faculty Affairs. “We will continue to monitor and support their college applications.”

Larios, the senior from Union City, is one of those.

“Stevens has been my dream school since I can remember,” she says. “It’s close to home, and it has my major on its beautiful campus.”

“I am definitely planning to apply to Stevens this year, hopefully joining in the fall of 2023. I plan to pursue quantitative finance, which goes well with my interests in math and business.”

The program has also been funded by the state of New Jersey to continue in 2023, Zeng adds, with another summer class of 60 additional students. Stevens officials continue to discuss the summer 2023 class mix and the possibility of some on-campus instruction during the program.

Federal legislators also gave Stevens more good news in September, approving a $750,000 U.S. Department of Education award to the university to expand upon its successful Stevens ACES (Access to Careers in Engineering and Science) program.

“This federal grant will allow Stevens to expand access, opportunity and support to students from underserved communities,” noted Stevens President Nariman Farvardin. “In this way, Stevens will provide models and best practices for replication at other institutions.”

Stevens ACES, which includes earmarked financial aid and pre-college programs designed to enhance access to college educations for underserved communities, has operated since 2017 with public and private funding support — helping to enroll approximately 50 Stevens students from those communities annually.

The funding will be used to increase scholarship and recruitment support for the program as Stevens works to expand relationships with existing partner high schools and engage up to 10 additional schools that serve large numbers of underrepresented minority students.

“We are very excited about this tremendous opportunity to expand Stevens’ very successful ACES program,” concluded Zeng, who directs the new award from the U.S. Department of Education. “We will partner with more area schools, provide 80 additional tuition-free scholarships to students in the pre-college summer program, and support ACES undergraduate students with mentorship, research experience and study abroad opportunities.”