How one revolutionary microscope gave Stevens an edge in research 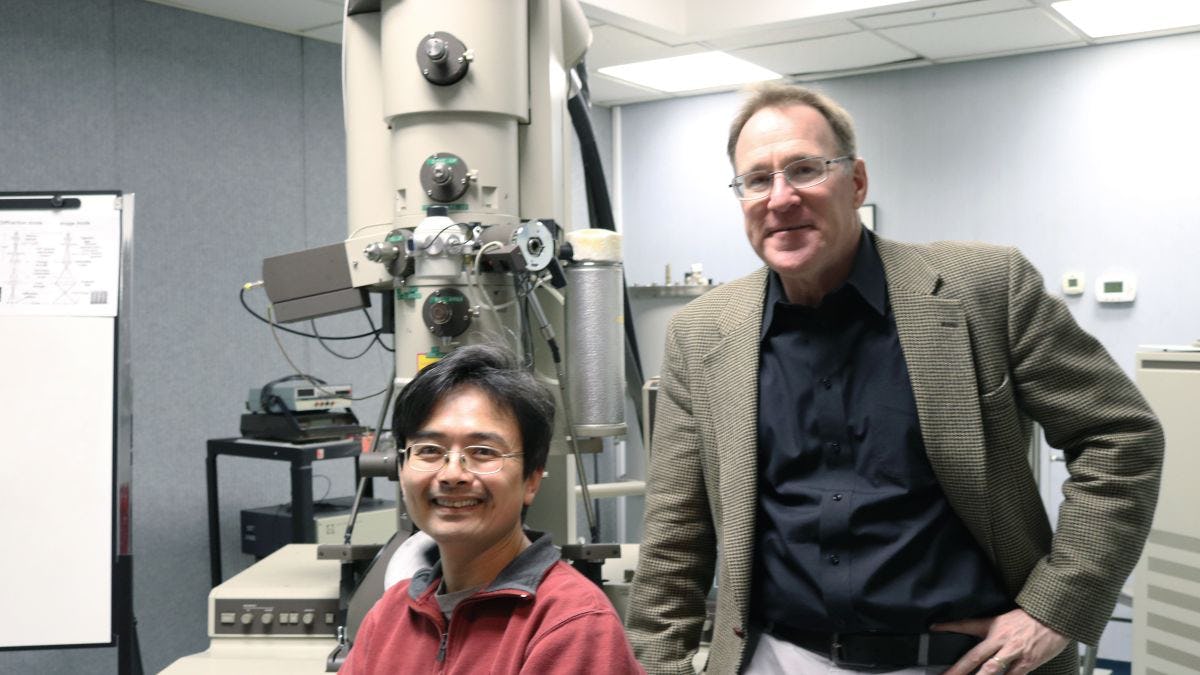 The first of its kind in the Western Hemisphere, this microscope helped Stevens study biomaterials in new ways and establish expertise in cryo-microscopy

In January 1992, when the Philips CM20 field-emission transmission electron microscope, or TEM, was delivered to the basement of the Burchard Building at Stevens Institute of Technology, it was the first of its kind in the Western Hemisphere. It featured a new type of electron source.

"Today, lots of labs, including our own Laboratory for Multi-Scale Imaging (LMSI), have microscopes with Schottky electron sources," says materials science professor Matthew Libera, who helped bring the instrument to Stevens. "But back in the early '90's, it helped us do very new things, particularly in the area of studying soft matter—polymers and biological materials."

The TEM was also used across the university for interdisciplinary chemistry, biology, civil engineering and mechanical engineering research—including in emerging nanotechnologies—in addition to projects within its home base at the Department of Chemical Engineering and Materials Science. 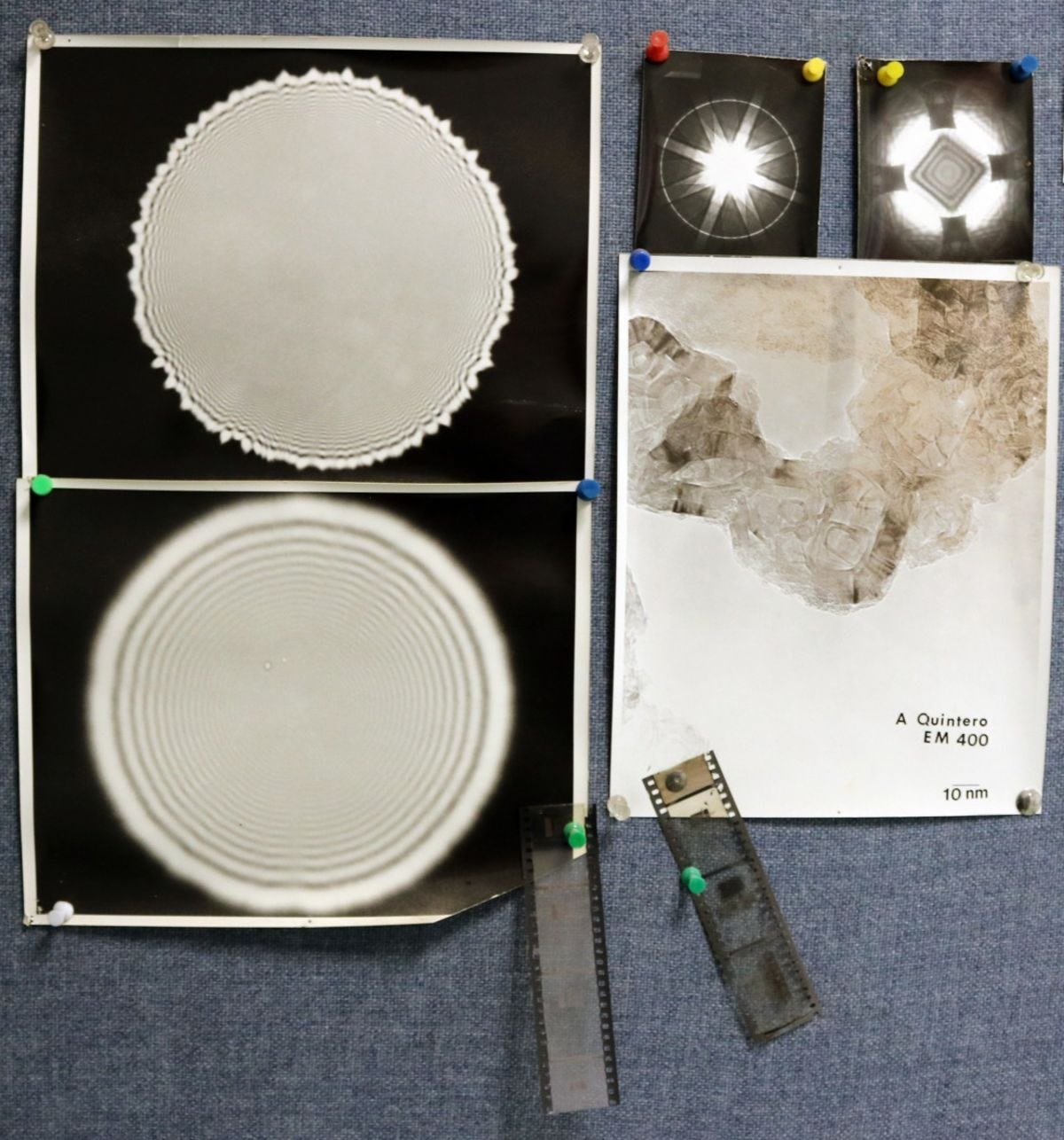 Stevens researchers have also focused the TEM on innovative collaborations with Rutgers University to explore how degradable polymers break down in water, Picatinny Arsenal to study the crystalline nanostructure of weapons to control the detonation process, Unilever to study the spatial distribution of water in skin, and Dow Corning to develop synthetic next-generation latex paint particles, as well as in other projects with New Jersey Institute of Technology, Columbia University, IBM and many other industries and government labs.

"The capabilities offered by this microscope, as well as the expertise that Stevens brings to using this microscope, is why outside users want to come here," explains Stevens staff scientist Tsengming (Alex) Chou, who runs the LMSI.

Most importantly, "the TEM allowed us to differentiate ourselves by evolving the questions we were asking and developing techniques to answer them in areas beyond the microscope's traditional applications," Libera says. "For example, we were able to identify individual atoms, and the chemistry of different atoms. We found new ways to study soft matter - meaning biological materials and polymers - using holography and electron energy loss spectroscopy, which not a lot of people were doing. We measured the mean inner potential of silicon, looking at the index of refraction and energy loss—areas for which Stevens is still recognized today."

The TEM continued to help Stevens establish its expertise over the years. "Early upgrades allowed us to do cryo-microscopy of wet materials," Libera adds, "and Stevens is now well known for its work in this area. Cryo-electron microscopy continues to grow in significance, and scientists working on cryo-electron microscopy won the 2017 Nobel Prize in Chemistry."

Stevens researchers weren’t the only ones to benefit from this technology; among the countless students who have been trained on and used the flagship TEM, at least a dozen Ph.D.’s have gone on to work for leading technology manufacturers including BP, Dow Corning, Samsung, Western Digital and Micro, among many others.

"Training is part of our mission to help students learn to get the best results," notes Chou, who trains students to use its equipment—including the TEM. "We think that’s why they’ve had so much success, both with interdisciplinary research and with good jobs."

Despite its legacy of success, this TEM’s time has come.

"This microscope is getting old, and the parts are degrading," Chou says. "It is one of the few of its kind that’s still operational, and it’s still capable of competing with other institutions. Until just recently, we were still publishing research using results from this machine. Its fundamentals are still the same. But we're finally shutting it off because it can’t be upgraded to be compatible with today's high-speed computers and internet access, and the manufacturer can't guarantee service anymore."

"In 1992 it was state-of-the-art," Libera adds, "but its parts and computer systems are still from 1992. We originally had darkrooms to process its film images, and even though we upgraded to a digital camera in 1998, we can’t retrofit it to accommodate newer computers and wi-fi." 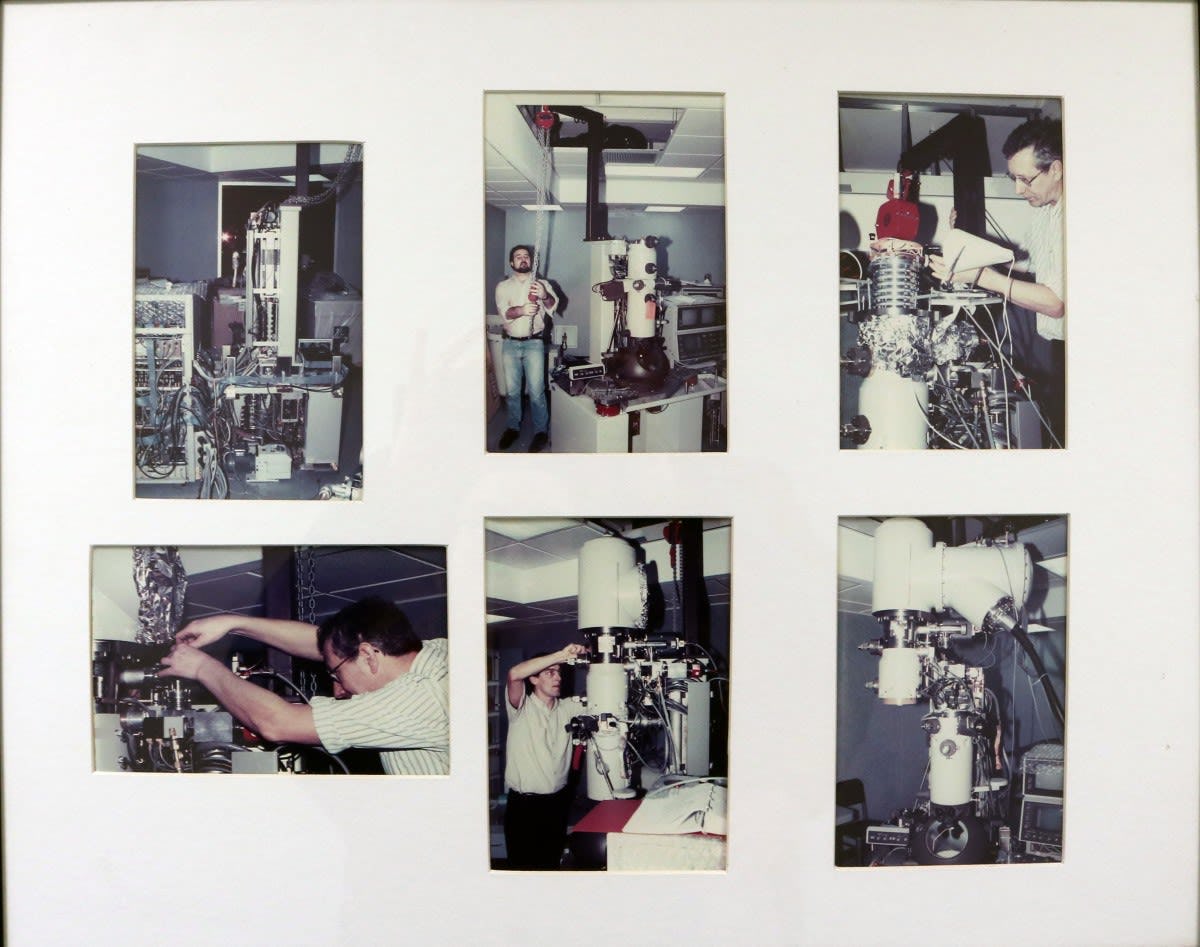 A gallery of photos showing the installation of the microscope. CREDIT: Stevens LMSI.

Yet the future of microscopy innovation at Stevens is still bright. A new TEM is scheduled for delivery in August 2019. It is fully computer controlled, and it is optimized to continue advancing Stevens' ability to push the limits of materials characterization.

"It's exciting,” Libera admits. "In addition to the bread and butter techniques that a multi-user TEM must do, the new microscope will be configured to do both cryo-microscopy and electron tomography, and these are central to what has built the strong reputation of the Stevens LMSI in the area of soft-materials characterization."