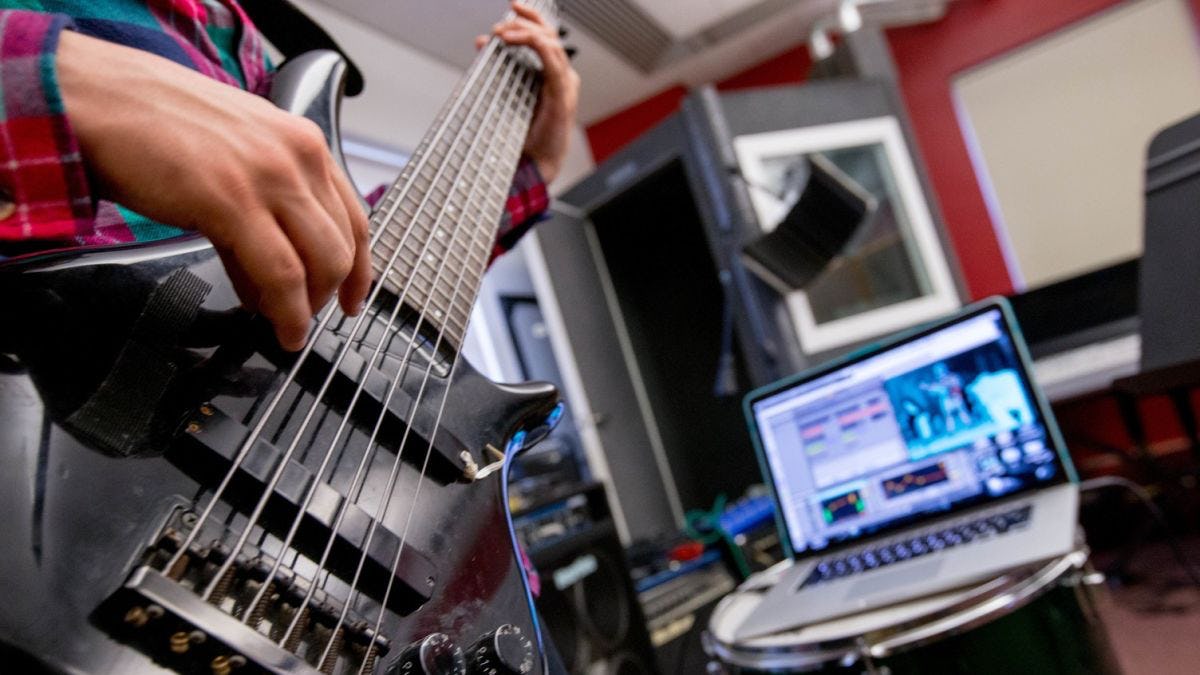 Music and technology at Stevens Institute of Technology

Imagine a university class where you had the resources and space to produce your own music each week — all while listening steadily to the groundbreaking artists of the day as well as the classic composers.

Challenging, fun — perhaps even frustrating at times. And undeniably useful for an eventual career in music.

At Stevens Institute of Technology, 20 undergraduate students majoring in music and technology were given that opportunity this past spring, producing brand new music that varied from video game music to electronic dance to hip hop. 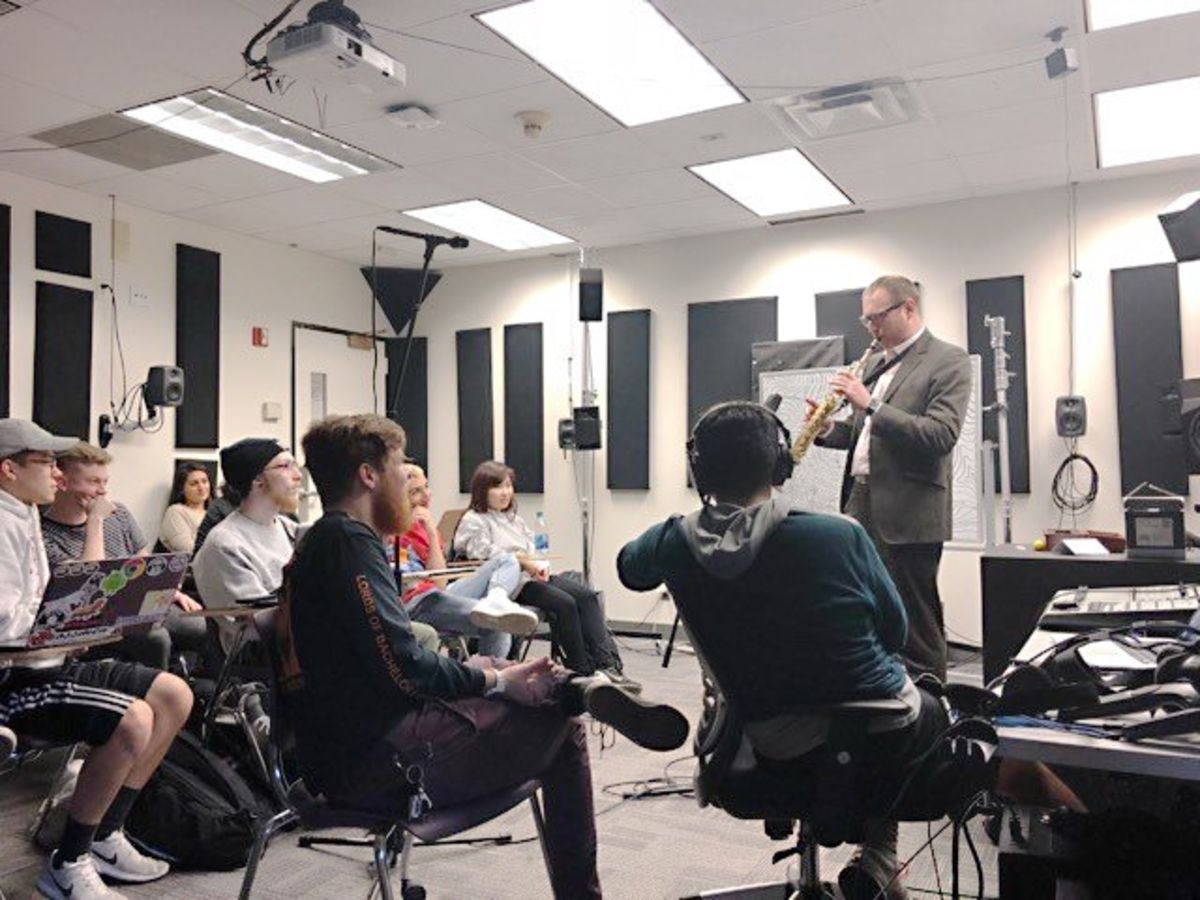 “None of us had experienced that level of creative output before,” says Stevens junior James Briceno. “We would work on three different things at once – a concept, a beat, and even a full-length track. So it was definitely something that took getting used to.”

Moenika Chowdhury '18, who graduated in May and is headed to London's Royal Academy of Art, says the skills she developed during the course helped her become a better musician.

“As a classical musician (flutist) who never focused on production, the class gave me the tools to make my music sound better and challenged me to consistently make something that I was proud of,” she said.

The class inspired Briceno to look back at his own previous compositions through the lens of his newfound skills.

“I redid a few songs I had worked on in the past because I wanted to try a different technique or listen to different records to see how they managed to make a drum kit sound, not necessarily to recreate that but to do it similarly in my own song. Now that I’ve learned how it’s done I can use it in my own way.”

Acknowledging the “speed bumps” along the way, Stevens junior Owen Egbert says the learning experience will help him apply to graduate schools when he begins his senior year this fall.

“To have the opportunity to develop creatively as far as efficiency and workflow was really important to me because I want to pursue graduate studies in composition or film scoring. And now I have the beginnings of a portfolio to submit in the future to graduate schools and potential employers.”

When the course began, students were given access to a folder on Google Drive containing 10 classic breakbeats taken from funk and soul records with iconic hip hop drumbeats.

“Students had to transcribe each of those drumbeats into MIDI so that they had them in a form they could use on a computer," explains Seth Cluett, the music and technology professor who taught the course. "They then composed and uploaded an 8-32 bar fully-produced idea for a song that loops using one of the classic breakbeats each week to share with everyone on my stream on SoundCloud.”

Our students understand how to harness technology in order to express themselves musically, and are able to work at dozens of major companies just across the river from our campus doing what they love.
stevens professor seth cluett

The course was designed to get students into the habit of creating regularly and not just when they are inspired.

“For me, inspiration is a virus that to has to be combatted actively because it makes you believe that the only time you can be creative is when you are inspired. But if you’re a creative person and have to write music, you have to be able to come up with a creative solution without being inspired,” said Cluett. “You need to get something down and react to it rather than having it spring forth from your mind fully formed.”

In-depth discussions about different artists were very much part of the course, says Briceno,

“That was my favorite part of the class. We talked about Kendrick Lamar’s album DAMN, which won the Pulitzer – the multiple layers and connections that he made as a poet and rapper. But we did that with a number of artists, not just the ones in hip hop and electronic dance: KC and the Sunshine Band, Stevie Wonder, Burt Bacharach. We would debate and talk about their techniques, what level they were going to in their music, and so forth.”

Cluett says it was important that the course was taught with music that resonated with students.

“All of the employable outlets in film, music and production require fluency with contemporary media. And that means knowing and understanding how to evoke 90s East Coast positive hip hop like Tribe Called Quest or De La Soul, or early 2000s L.A.-style hip hop, because that’s in the scene or that’s what the commercial requires.”

And with technology continuously shaping how one consumes, experiences and creates music, Stevens students are well positioned to thrive in a constantly changing marketplace, says Cluett.

“Our students understand how to harness technology in order to express themselves musically, and are able to work at dozens of major companies just across the river from our campus doing what they love. Spotify, SoundCloud, StubHub, Pandora all have their corporate offices in New York City, while Google, Apple and Avid have outposts there.

"They all hire audio and music savvy programmers or engineers who are developing interactive projects that require the kinds of things Stevens students do natively.”