Before He Became an Iconic Artist, Alexander Calder Embraced Campus Life at Stevens 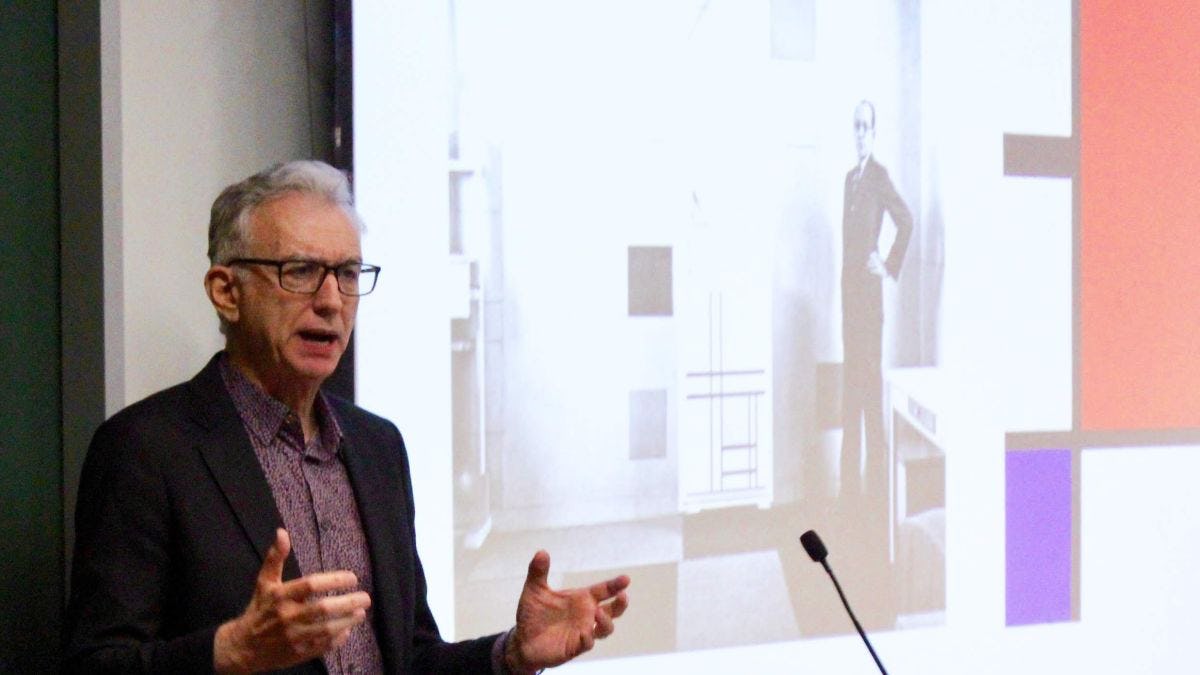 Art critic and Calder biographer Jed Perl delivers a lecture, “Calder at Stevens: A Centennial Celebration of the Graduation of Alexander Calder," at Stevens Institute of Technology, April 3, 2019

Alexander “Sandy” Calder is known worldwide as a pioneer of modern abstract art, having revolutionized the concept of sculpture through his creation of the works of art known as “mobiles” and “stabiles.”

But his classmates at Stevens Institute of Technology witnessed Calder's brilliance long before it was revealed to the rest of the world.

Calder’s early life, and particularly his time at Stevens, was the subject of a one-hour campus lecture by biographer and art critic Jed Perl on April 3 to mark the 100th anniversary of the artist’s graduation from Stevens in 1919. The lecture painted a fascinating portrait of an immensely gifted and complicated individual, whose humor and playfulness characterized a zest for life and whose creative genius and remarkable problem-solving ability were evident to those who knew him at Stevens.

Calder was an ardent dancer, albeit an eccentric one; played lacrosse and football, without any demonstrable athletic ability; was inducted into Delta Tau Delta fraternity, a feat that surprised even him; and in class almost always knew the answer to a question before anyone else did.

And those were just some of the colorful, affecting snapshots of Calder’s rich and fully engaged undergraduate experience the audience learned about during Perl’s lecture. 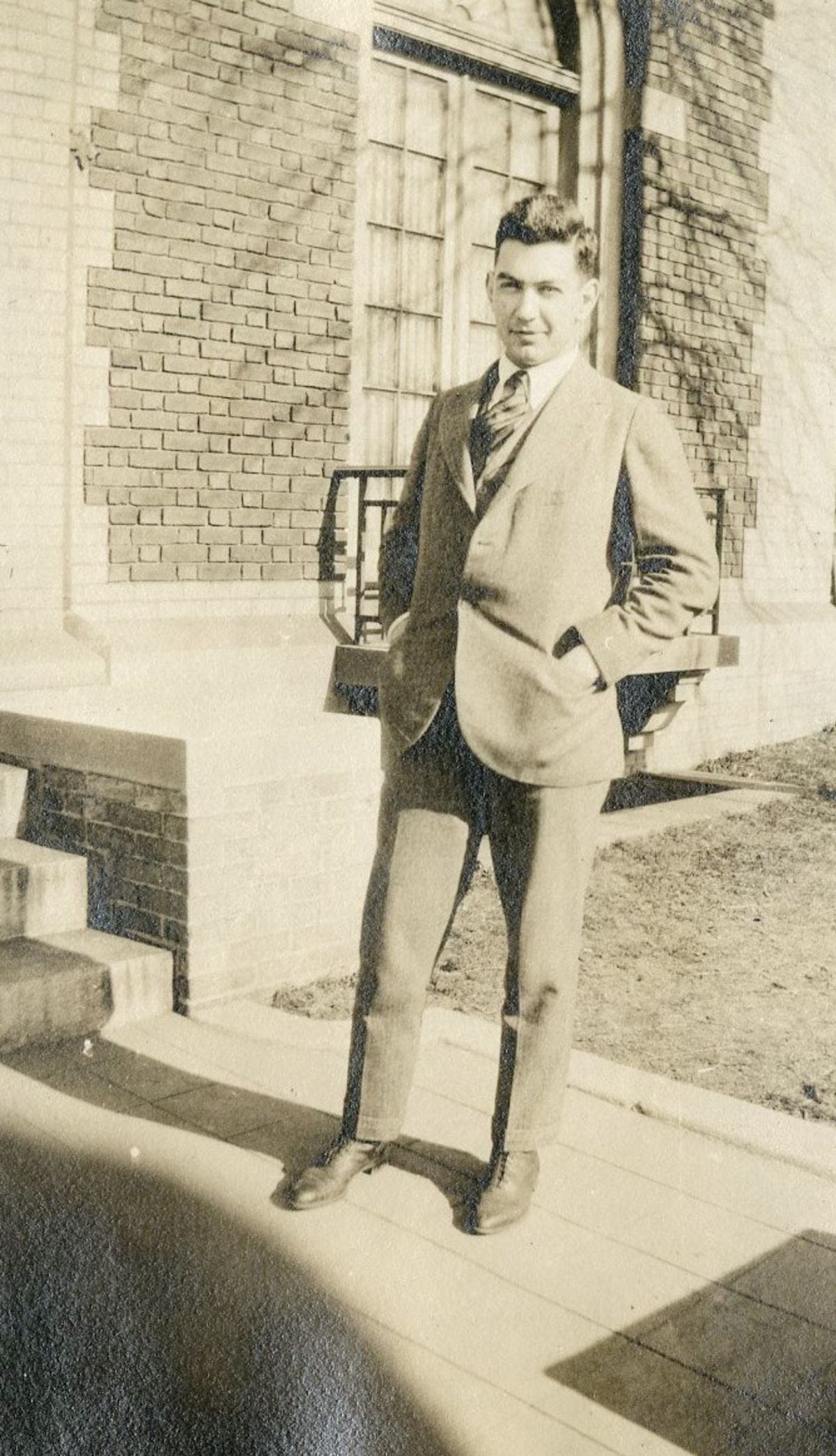 Calder, who began his Stevens career at the tender age of 16, came from a family of artists.

Possessing a vague notion of what mechanical engineering involved, Calder “plunged” into college life at Stevens nonetheless, according to Perl.

He became a member of Delta Tau Delta, whose members were known back then for an athletic prowess Calder clearly seemed to have lacked, though he played on the university’s football and lacrosse teams.

“In the yearbook, he’s remembered with this: ‘It’s a rare afternoon when Sandy’s bulky form is not seen lumbering over the soil,’ ” Perl noted.

Calder’s active participation in sports was an early indication of his lifelong fascination with physicality and movement, eventually manifested in his art. He also loved to dance. At Stevens, he was known to be an enthusiastic and creative participant in school dances. Later in life, he and his wife were known to have demonstrated their samba skills, acquired on a trip to Brazil, to friends at their home in Connecticut.

As evidenced by a photo found among his papers, Calder relished participating in Stevens rituals such as the annual (since-retired) Cremation of Calculus in which students once donned costumes and held mock trials before burning the dreaded course in effigy at the end of the spring semester.

Among the close friendships he made at Stevens, none was more important than the one he made with his Delta brother Bill Drew, who was instrumental in getting Calder into the fraternity. Drew went on to have a very successful career in the heating and cooling business in Manhattan, working on landmark buildings such as the Waldorf Astoria.

Although Calder showed brilliance in the classroom, he was known to be “unfocused,” “goofy” and “lackadaisical.” This duality baffled some at Stevens, but Drew "got" Calder, said Perl.

“[Bill Drew] said later in the 1970s, when the Whitney Museum had a big Calder show, ‘Calder was the clearest mind it has been my pleasure to know.’ ”

After graduation, Calder attempted roughly a dozen engineering-related jobs before deciding to travel to Paris to pursue his artistic passions in 1926.

A visit to the studio of Piet Mondrian, a pioneer of abstract art, would become a defining influence for Calder. Perl describes Calder’s introduction to Mondrian as the catalyst for his remarkable career.

“He has this revelation that he can become an abstract artist. And within a couple of years, in 1932, he has his first show of mobiles. The first mobiles were not wind-driven, like the ones we think of as the quintessential Calder mobile. They were crank-driven or motor-driven. And interestingly enough, a lot of the motorized elements were done by a Stevens friend who had graduated with him.”

Calder and Stevens: an undeniable connection

Calder’s feelings toward his alma mater were decidedly mixed, partly due to the fact that the years after graduating from Stevens were the most difficult in Calder’s life, a period that was marked by indecision, doubt and financial hardship, according to Perl.

He also didn’t fit the profile of a typical Stevens student in those years.

“Many of the most important men in those years became executives and captains of industry,” Perl noted, adding, “He felt like an oddball at Stevens. Or in retrospect he did.” 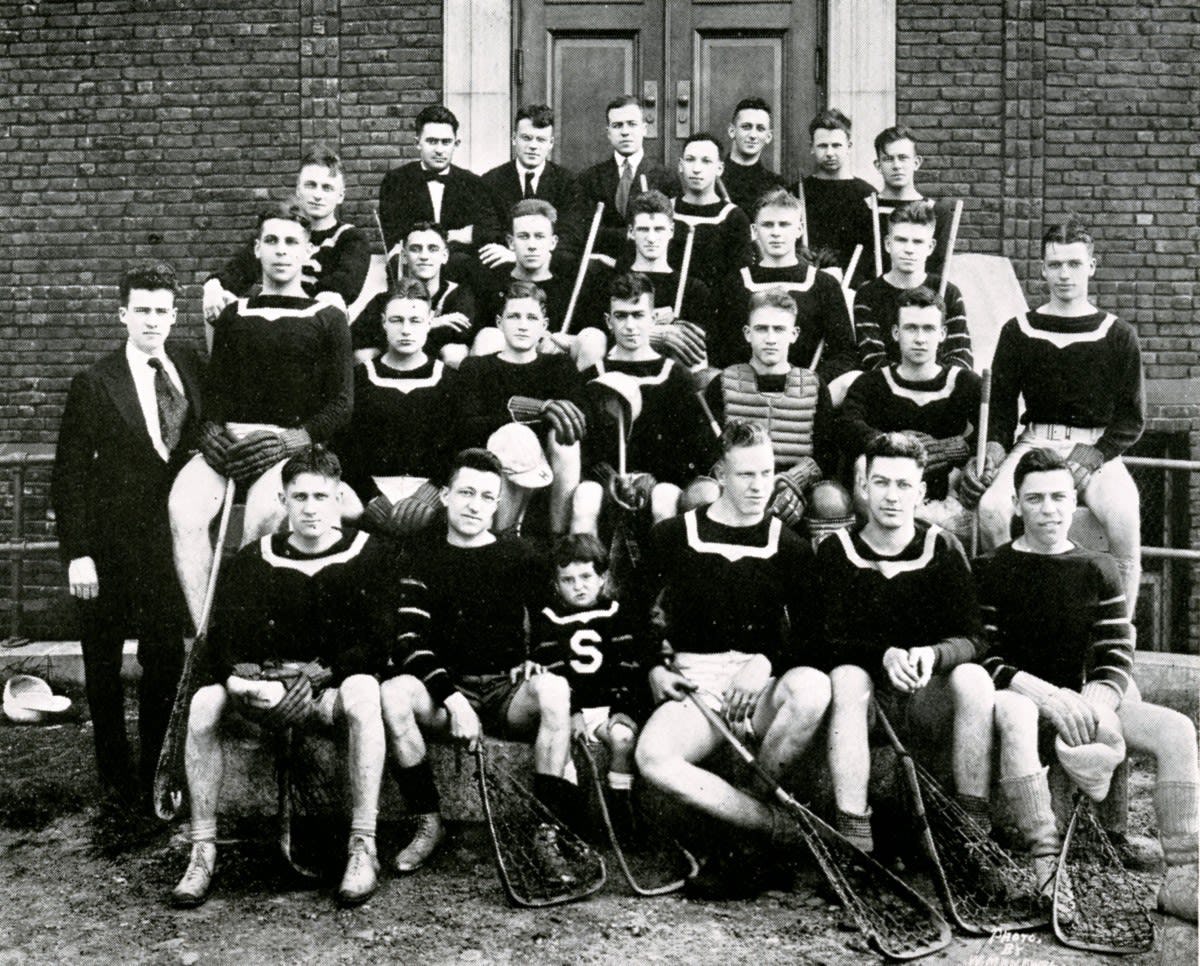 No matter the complicated relationship between the university and its illustrious alumnus, the Stevens pedigree is clearly evident throughout Calder’s artwork, especially in his later, more mature works, explained Perl.

“There seems to be so much there that seems to spring from the education he had here as a mechanical engineer. Issues such as the properties of metal, the kinds of metals that could be put together, how you put them together [as well as] questions of physics, mass and motion, balance and the dynamics of movement – all these things he learned about at Stevens.”

Indeed, “Calder at Stevens: A Centennial Celebration of the Graduation of Alexander Calder” was made possible by Stevens' Samuel C. Williams Library, which hosted the event along with a Q&A session and reception afterward. The library is also home to two works by Calder – the Stevens Mobile, which hangs from the library’s great hall, and a stabile titled, “Hard to Swallow,” located on the second floor.

Stevens alumnus and fellow “Delt” John Dalton ’60 was in attendance. He’s been part of an effort to establish a Rho Chapter Wall of Achievement at Stevens to inspire undergraduate brothers and pledges of Delta Tau Delta. Calder will be the first to be inducted to the Wall of Achievement during Alumni Weekend.

“Although I’ve read the Perl book, his lecture really illuminated how Calder’s time at Stevens was crucial to his artistic direction,” said Dalton.