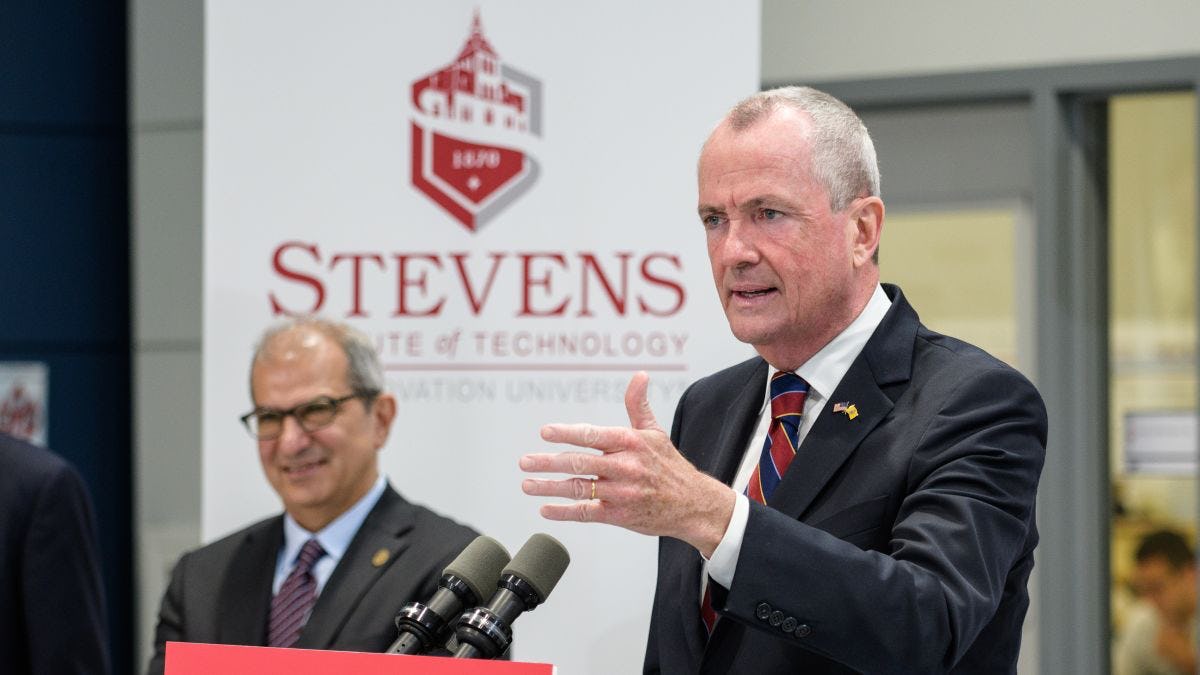 Stevens Institute of Technology has served as laboratory and workshop to top scientists and engineers at the leading-edge of technology and innovation for almost 150 years – so when New Jersey Gov. Phil Murphy considered where he would announce two new STEM initiatives to retain highly-trained, technology-savvy college graduates in the state, the Stevens campus seemed a natural place to connect New Jersey’s history of innovation with his vision for the future.

Stevens President Nariman Farvardin welcomed Gov. Murphy on Tuesday, May 29, to a crowd of nearly 180 faculty, staff and students, as well as local legislators and government officials, and reporters across the state inside Stevens’ newly-renovated ABS Engineering Center. Farvardin emphasized his long-standing support for the need to stem New Jersey’s “brain drain” and commended Murphy for taking bold action to build and retain the scientific talent New Jersey businesses require to succeed in a 21st-century economy.

“Stevens is one of the premier places where tomorrow’s leaders in innovation are learning the skills they will need to be successful and to change our world,” said Murphy. “If we are to grow the innovation economy again, we cannot lose our college graduates after graduation. I want them to stay here, in New Jersey, to be part of our economic future.” 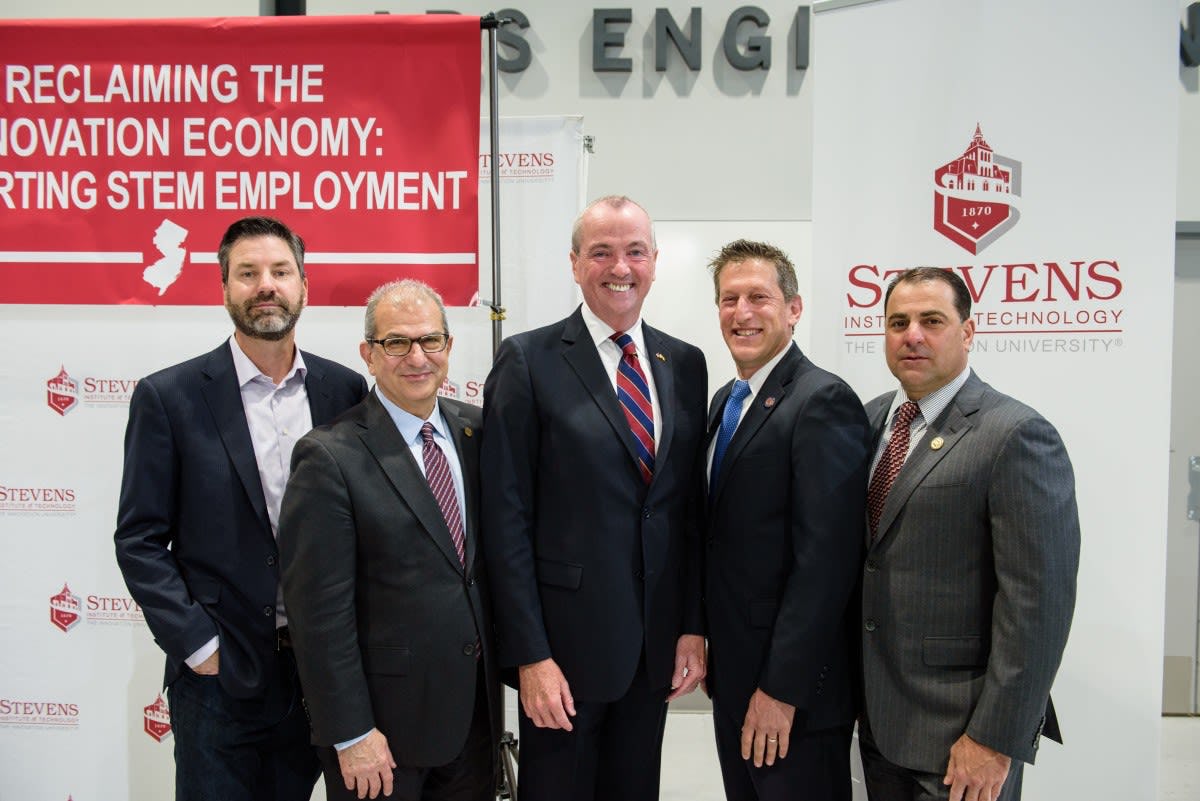 To retain highly-skilled graduates in the state, Murphy proposes a loan forgiveness program to encourage recent graduates working in high-growth science and technology occupations to make a long-term commitment to New Jersey industry by reducing their student loan obligations. Anyone who has worked in a STEM-related job in New Jersey for at least four years can receive $2,000 per year, in years 5,6,7,8 at the same job, for a total benefit of $8,000. Employers and the state would split the covered amount 50/50.

Murphy estimated the annual cost to taxpayers at $12 million and called it “a small down payment for the tremendous overall economic benefit these employees and employers would return.” Senator Paul A. Sarlo and Assemblyman Andrew Zwicker publicly announced their sponsorship of the legislation necessary to turn this idea into reality.

The second initiative would support New Jersey high school, college and university students pursuing internships in STEM fields, which have become an increasingly necessary credential for employment. This internship program has the ability to not only introduce untapped talent to employers, but to also increase the diversity of the STEM workplace by reimbursing participating employers 50 percent of intern wages, up to $1,500 per student, curbing the challenge of interning without pay.

“Through the production of approximately 2,000 talented and technology-oriented graduates each year and through research that is commercialized and is the basis for new products and ventures, Stevens is well-positioned to contribute to New Jersey’s economic growth and vitality,” said President Farvardin. “Our programs and research foci align tightly with and support the priorities of Gov. Murphy and the legislature in achieving the economic development goals of the state.”