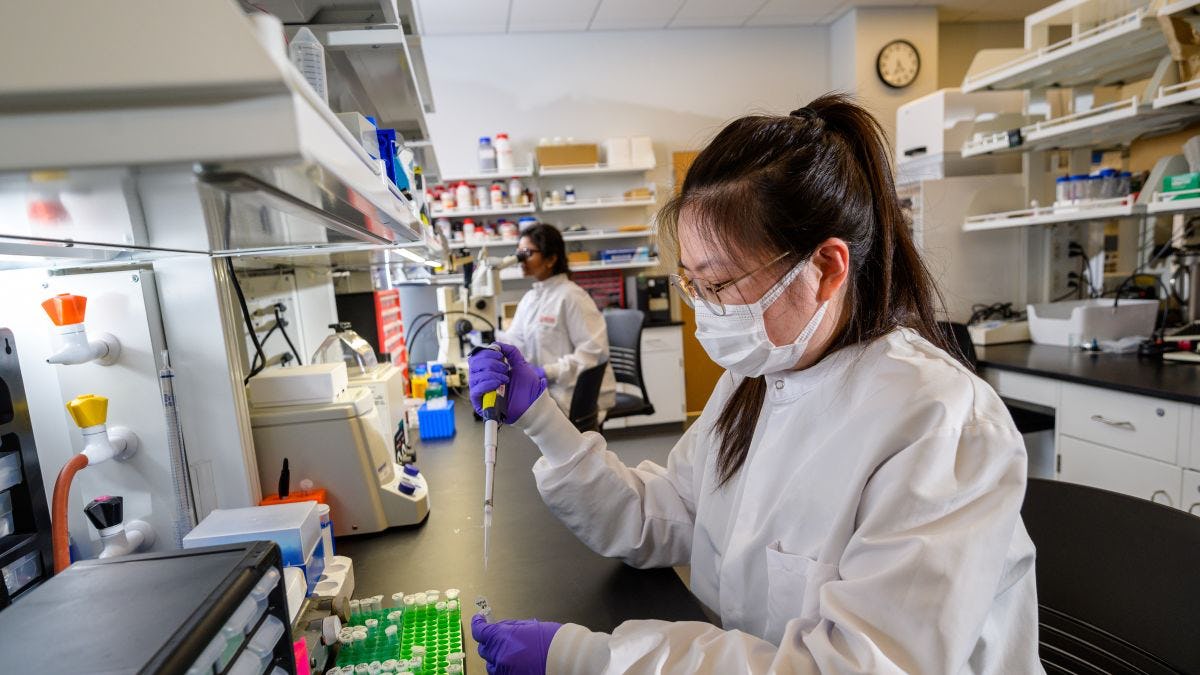 As a 10-year-old boy, pointing a new telescope at the southwestern sky in his Utica, New York backyard, Ed Synakowski — long before becoming an accomplished plasma physicist and U.S. Department of Energy official, and joining Stevens as Vice Provost for Research and Innovation (VPRI) — was fascinated by the blurry gold-colored shape he could not seem to focus the lens in on as he scanned the sky.

“I just couldn’t focus it on a point of light. I realized, suddenly, that it was because it wasn’t a star at all. It was Saturn. I could see the disk, the rings. It was if pictures I had seen in books suddenly lifted off the page. And I had found it all by myself,” he says. 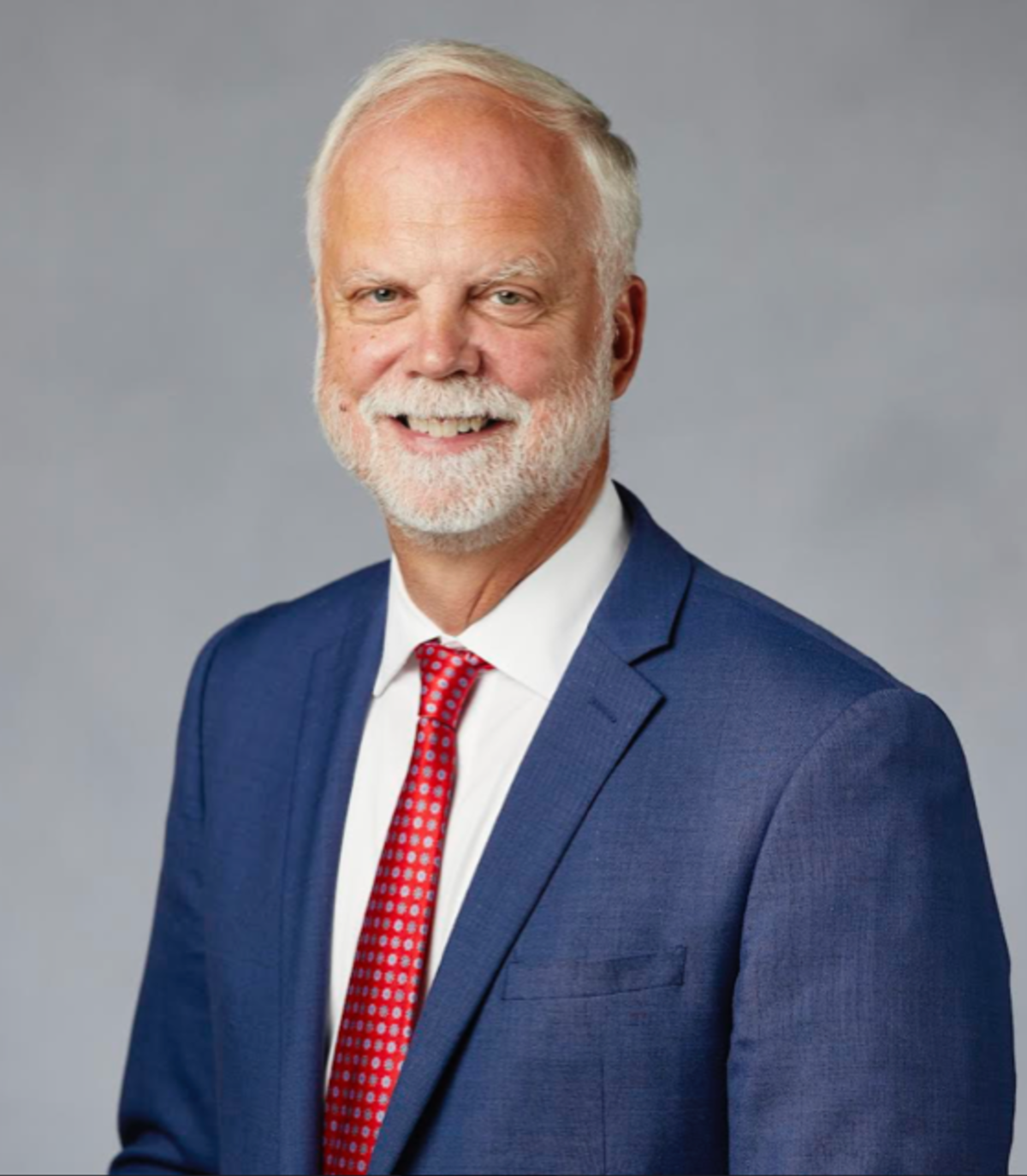 Vice Provost for Research and Innovation Ed Synakowski“Although it’s simplifying things a bit, I think in that moment that my path was already set to pursue science, and the ways in which science can give agency to others to participate in the world, to accomplish great things.”

Ed Now he plans to help enable Stevens students and faculty as they accomplish greater things.

“This is a unique place,” he says of the university, gesturing out his window onto a view of the Hudson River, Manhattan’s Freedom Tower and the Verrazzano-Narrows Bridge, “in a fantastic  location with the potential to become even more impactful, more prominent, and continue its upward trajectory.”

Synakowski’s young passion for the skies soon translated into a bachelor’s degree in physics at Johns Hopkins University, followed by doctoral studies at the University of Texas in plasma physics and fusion energy science.

“The first time I saw a signal from a spectrometer I’d installed on the Texas fusion experiment, signal from light the plasma was emitting, again, it evoked that feeling of discovery and of agency: that you have done something yourself, that you have made a difference. I didn’t have to just read or hear about others doing it. I could participate,” he recalls.

Along the way he became an expert in plasma physics and fusion energy, spending nearly 20 years in Princeton University’s respected Plasma Physics Lab (PPPL) working on the fundamental science of this potential clean-energy source of the future — a science he and his colleagues often say is about “bringing a star to earth.”

At PPPL, he participated in and eventually helped lead experiments on the Tokamak Fusion Test Reactor, which created the conditions of a future fusion reactor and directed the research program for the National Spherical Torus Experiment (NSTX) — a pathbreaking compact experimental reactor aimed at maximizing the efficiency of a fusion energy system.

After moving to the Lawrence Livermore National Laboratory (LLNL) in California, Synakowski took a leadership role directing several fusion-related activities at LLNL, including redirecting a major portion of those activities to activities with high relevance to National Ignition Facility (NIF)-related research.

The NIF — a stadium-sized facility at Livermore featuring an array of nearly 200 extremely powerful lasers, all pointing at a tiny, peppercorn-sized target — was recently the site of a significant breakthrough experiment demonstrating the potential of emissions-free fusion energy.

Synakowski then served in the Department of Energy for eight years as a senior official overseeing fusion science research before moving into university administration.

“I came to realize that working at leading research universities, at the administrative level, was a means of empowering others to collaborate and make great discoveries,” he says of his decision. “I could help people do that.”

Stevens, Synakowski felt, was a career opportunity too good to pass up.

“New York City is a unique place, a place where people are working hard at getting along together,” he enthuses. “Stevens’ proximity to this remarkable place, its commitment to research with impact, to research as the ultimate platform for experiential learning, were all very attractive to me.”

Some of the technologies Synakowski expects Stevens to continue advancing under his leadership include quantum technologies, artificial intelligence, machine learning, resilience engineering, and science and engineering at the leading edge of healthcare – all informed by an understanding of the human condition that makes the work so important.

“Many current scientific breakthroughs impacting peoples’ lives actually developed out of powerful scientific frameworks that themselves were born from addressing practical problems,” he points out. “Improving quality of life through technology and the advance of fundamental research are intimately intertwined .”

“There is a fantastic opportunity for undergraduates at Stevens, studying at a university where they are surrounded by a large number of graduate students on the campus performing research,” he explains. “I’d like to support the growing efforts to build communities where undergraduates are embedded in research groups with graduate students and outstanding faculty, because I see research as the ultimate platform for experiential education.”

“I know the power of this from my own experience as an undergraduate.”

In addition, Synakowski hopes to draw in new corporate, government and university partnerships for financial, academic and intellectual collaboration.

“I’d like people to think of Stevens as one of the preeminent, ‘go-to’ research institutions in the nation, one that makes the most of being in the metropolitan New York City area, and I think that opportunity is here for us,” he says. “We can be front-of-mind in the conversation with NYU, with Columbia, in terms of our ability to produce use-inspired research and impact lives.”

He also hopes to develop additional research opportunities in the university’s College of Arts and Letters (CAL).

“We have immensely talented faculty in the arts and letters here at Stevens,” he says. “I’d like to leverage this resource even further, creating additional research support for those faculty members whose work is informed by the STEM-driven research here, and whose research in turn provides inspiration for that work.”

Synakowski, in fact, has one foot in the humanities himself: for decades he has played trombone in swing and Dixieland jazz combos with names like The Laissez Foure.

“I have played in New Jersey, the Bay Area, Washington, D.C. and elsewhere,” he says, reflecting on his move back east. “Now that I’m back here in New Jersey again, I’m hoping there is a local opportunity to play here as well.”

And he also plans to talk music with CAL Dean Kelland Thomas, a noted jazz saxophonist in his own right.

“I’ve seen video of the Dean performing at the Stevens Awards Gala,” Synakowski says. “So I will definitely be offering to collaborate.”

Focused on the Future: A Conversation with Stevens Vice Provost for Research & Innovation Edmund Synakowski