‘Eyes in the Sky’: Stevens Students Receive $25,000 from the DoD for Their Winning DroneHQ Project 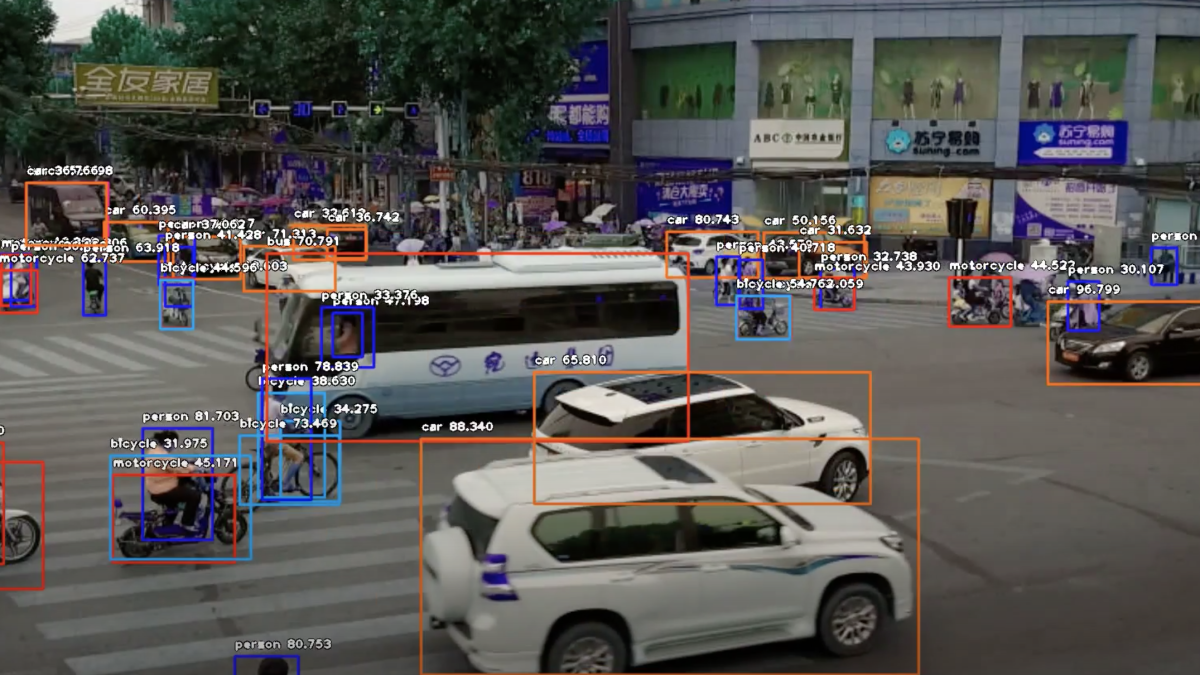 You just have to look up to the sky to know that the Drone Age is here. These remarkable soaring robots are already useful for everything from predicting the weather to monitoring wildlife to capturing amazing aerial photography and videos to providing hours of entertainment as remote-controlled toys.

But they do have their drawbacks, which go well beyond that constant backyard buzzing as the neighborhood kids practice their flight patterns. With the latest technology advancements, drones known as tactical unmanned aerial vehicles (UAVs) are becoming an increasingly significant risk to military personnel, and today’s primarily ground-based detection tools aren’t sufficient to detect, locate and assess the threats in a three-dimensional space. 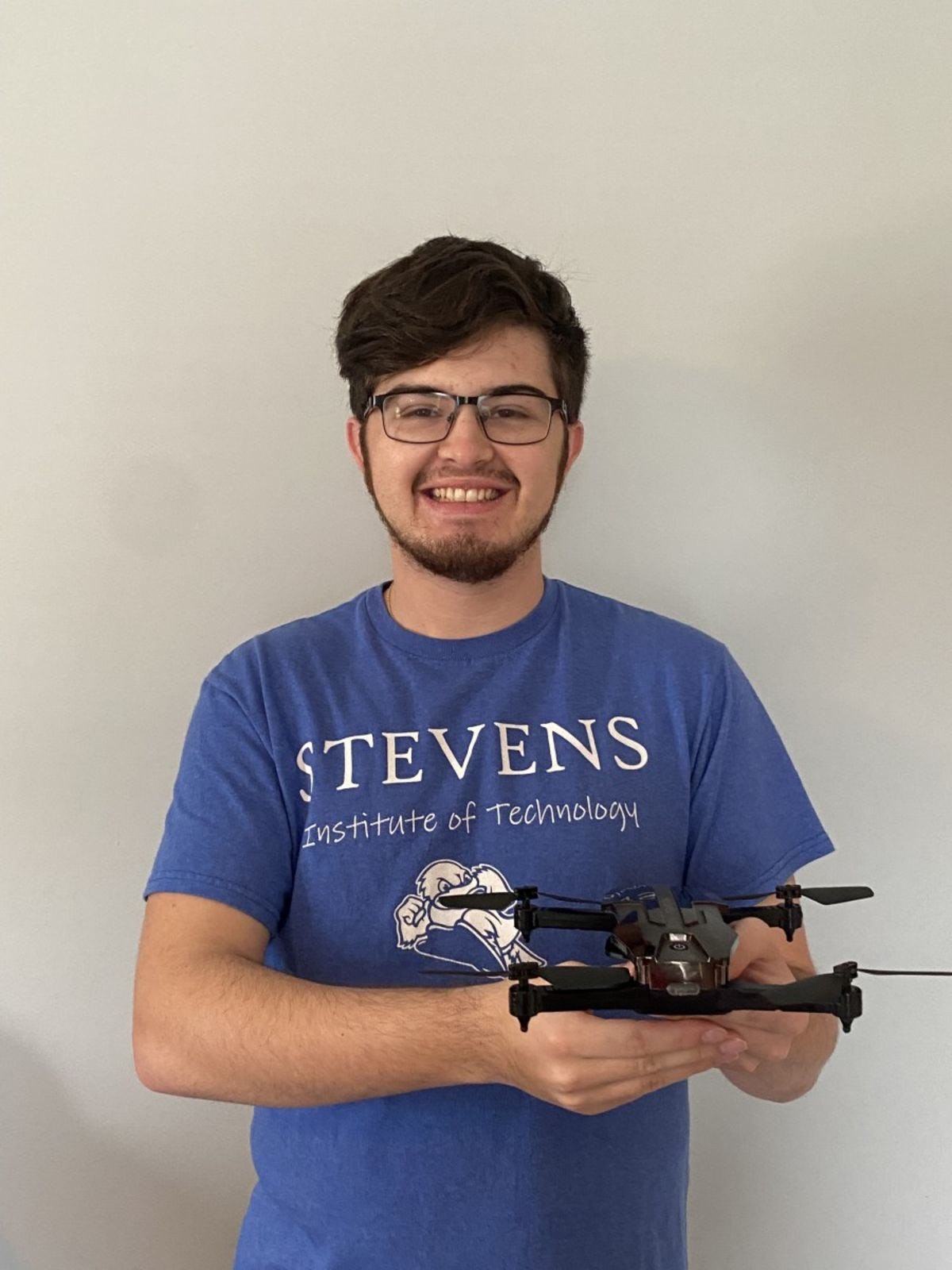 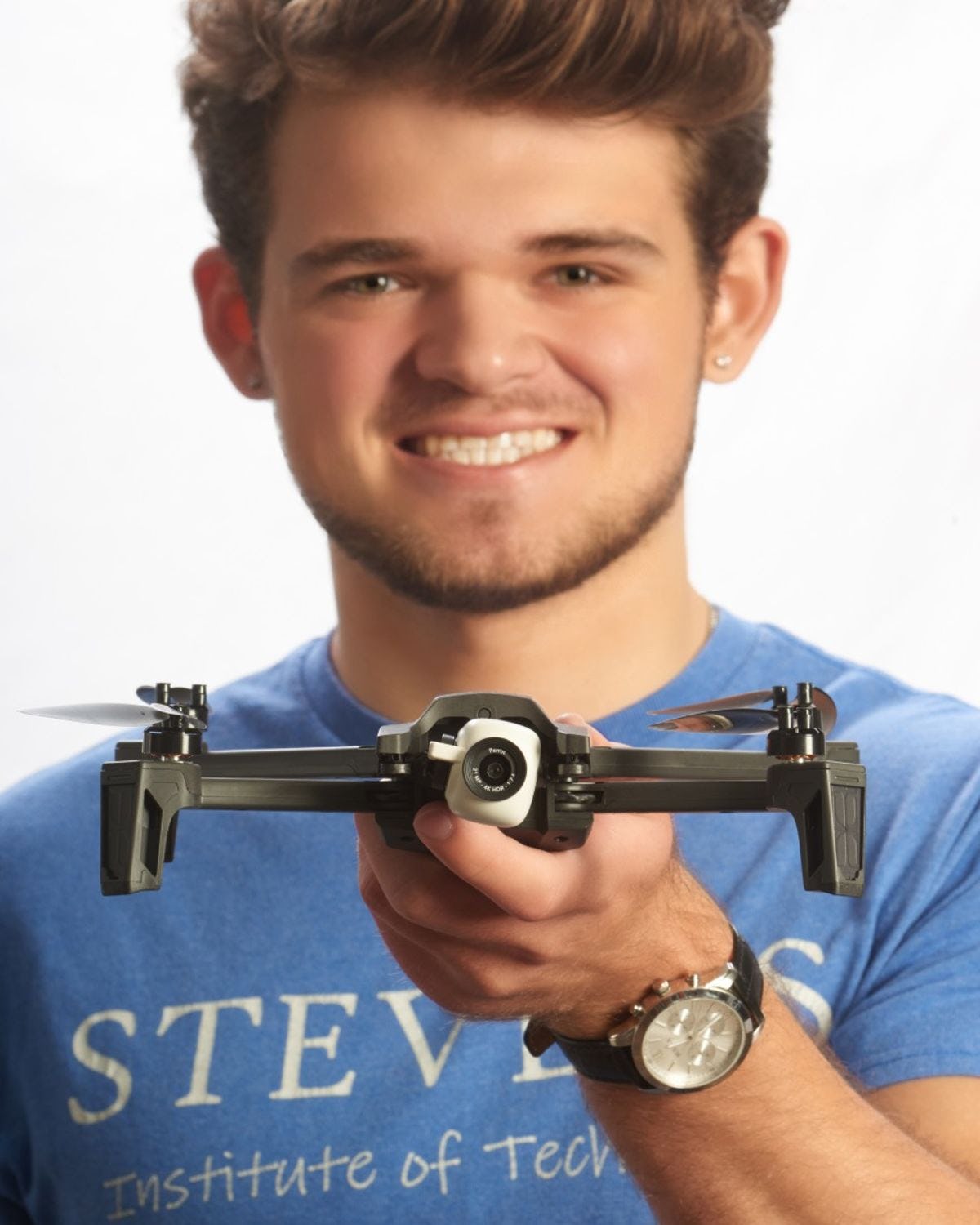 That’s the challenge two Stevens Institute of Technology students – Nicholas Cali, studying cybersecurity as a member of the Class of 2023, and Zachary Marvin, a member of the Class of 2024 studying computer science – recently tackled while participating in the inaugural National Security Innovation Network (NSIN) Vector accelerated-learning program. In their final presentations as part of the Vector showcase, not only did these two second-year students vie against teams comprised mostly of upper-level participants, but they also won the competition, receiving $25,000 to develop their company for future projects within the DoD.

“NSIN tries to solve difficult problems that have dual use, meaning they can benefit both the DoD and more commercial interests – think Ray-Ban, Harley-Davidson and the birth of the internet,” explained Mukund Iyengar, associate professor in the electrical and computer engineering department at Stevens. Iyengar is also the founder and director of both [email protected], which finds and nurtures high school and current Stevens students who are gifted at building, prototyping and experimenting, and [email protected], the intensive, 12-month iSTEM entrepreneurial training program that takes those students on a journey from idea to enterprise. A dozen Launchpad projects have already become companies since the program was launched in 2015.

“When the DoD approached us regarding the NSIN internship program, it was intended for seniors,” Iyengar said. “But when we described our iSTEM and Launchpad programs and pitched our idea to have then-freshmen Zack and Nick, who are in iSTEM, work on an object recognition drone, our proposal was accepted. These two students had a calling to do something for defense, and we felt they could do great things.”

The gift that keeps on seeing – and saving lives

Great things, indeed. While participating in the Vector initiative, Cali and Marvin developed DroneHQ, which provides state-of-the-art object detection and tracking software from a micro-UAV and an attached camera.

“We set out to give our soldiers a second set of eyes, but this time in the sky, with plug-and-play software to give drones the gift of vision and intelligence,” Marvin noted. “We used the latest advancements in artificial intelligence, onboard computing and computer vision to develop a platform that allows a military drone, or a swarm of drones, to detect and track threats such as spies or bombs. It integrates seamlessly into the infantry’s operating system. On a computer or mobile device dashboard, there will be a live output of the drone’s camera feed, as well as real-time threat mapping and tracking of characteristics such as the incoming drone’s camera type, flight time and even model and its connectivity.”

DroneHQ also has practical uses outside of the military, where the commercial UAV sector is projected to reach approximately $43.1 billion by 2024.

“It’s like giving a guardian angel to civilians around the world to keep them safe in sports arenas, or on border patrols, or even from human trafficking, with additional potential uses in disaster relief, agriculture, urban planning and home delivery,” Marvin added. “It’s far beyond what we imagined going into it.”

“Today’s cameras deal in light and pixels – they can see, but they don't know what they're seeing,” Iyengar added. “These guys are doing revolutionary things, literally putting eyes in the sky that can comprehend what they're seeing.”

After completing the initial NSIN Vector initiative, working with a sponsor to access proprietary data sets and exploring object recognition to develop their technology, Cali and Marvin were selected as one of 18 high-potential teams to continue in NSIN’s eight-week accelerator program. They learned about business formation, market analysis, sales, fundraising, government contracting 101 and pitch preparation, which came in handy for that final winning pitch presentation.

“At first it was daunting, but the people at Launchpad and iSTEM helped us narrow and define our focus, and people at NSIN got us whatever we needed to keep us on track,” Marvin said. “I had no idea about computer vision or object detection, and then, all of a sudden, I was reading – and understanding – papers about the latest advancements. It opened my eyes to a lot of new things. Being able to present in front of all those people in the military and then receiving the $25,000 was a dream come true.”

Now, with that $25,000 seed money, these two full-time third-year Stevens students also have a full-fledged company to run. And they couldn’t be happier.

“We're focused on getting the best hardware and software to train and develop our program for the most efficiency and the most accuracy,” Marvin noted. “Our initial system used 26,000 images with an accuracy of greater than 90%. We now have access to more than 2 million images, which will drastically increase our accuracy and allow us to incorporate multiple detection methods to ramp up our performance so that there are very few false detections. It’s all about creating a safer tomorrow today, so soldiers can focus on their missions, and civilians don't have to worry about threats in the air. When I'm not in school, my free time is spent researching and doing other things for the company, but I love doing it.”

Both Cali and Marvin are grateful for this unexpected opportunity to begin to realize their aspirations of helping others, both directly through DroneHQ’s breakthrough technology and indirectly through the example they are setting for future generations.

Since high school, Cali has been fascinated with the technology and innovation of cybersecurity, and he aspired to work with the FBI or with military national security.

“My mom and my grandmom would watch Shark Tank, and my mom would say, ‘Try to think of something new that the Sharks could invest in,’” Cali recalled. “If you’d told me then that I’d be doing entrepreneurial things in college and co-founding a company by my second year, I wouldn’t have believed you. I'm the first in my family to go to a four-year college, and doing that and starting a company is crazy to think about, but DroneHQ is more than just four years as an undergrad at Stevens. It’s my whole life. Zack and I have an unwavering passion for the protection and safety of others, and we are willing to go to great lengths to get this product into the hands of people all over the world if it means saving lives. I hope it also helps inspire my brother, who’s a senior in high school, and other kids whose parents may not have had the opportunity to go to college, to do bigger and better things.”

Love of family is also what inspired Marvin’s original altruistic goal of studying biomedical engineering, and what keeps him focused on his new purpose.

“In 2014, my family adopted five of my cousins who are now my younger siblings, and they mean the world to me,” Marvin said. “They are why I want to help others. I didn't think I would ever be doing something with computer science, but I took this opportunity with little to no coding experience, and I've learned and am still learning so much. It’s still all about giving back, and showing my siblings and the other students in Launchpad and iSTEM that when you work hard and dedicate your life to something, you can do whatever you want.”