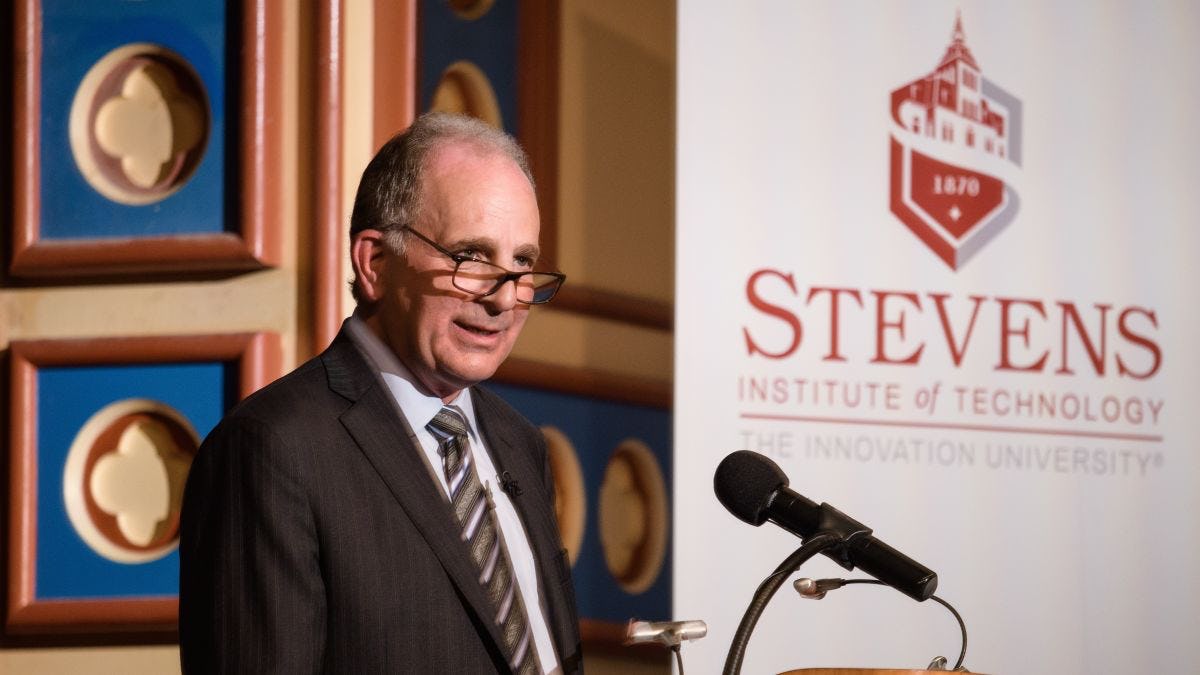 How to meet the growing energy demands of an expanding global population in an environmentally responsible way is the central question at ExxonMobil, said Bruce H. March, president of ExxonMobil Research and Engineering Company, in a talk he delivered April 10 at Stevens Institute of Technology titled “R&D Pathways for the Future Energy System.”

And as the world’s energy needs increase significantly, so too will global CO2 emissions, he warned.

“It’s tremendously important to focus on all three sectors because eliminating emissions entirely from electricity generation, the largest of the three and the one that gets a lot of focus, won’t be enough to achieve the 2 degrees Celsius pathway.” 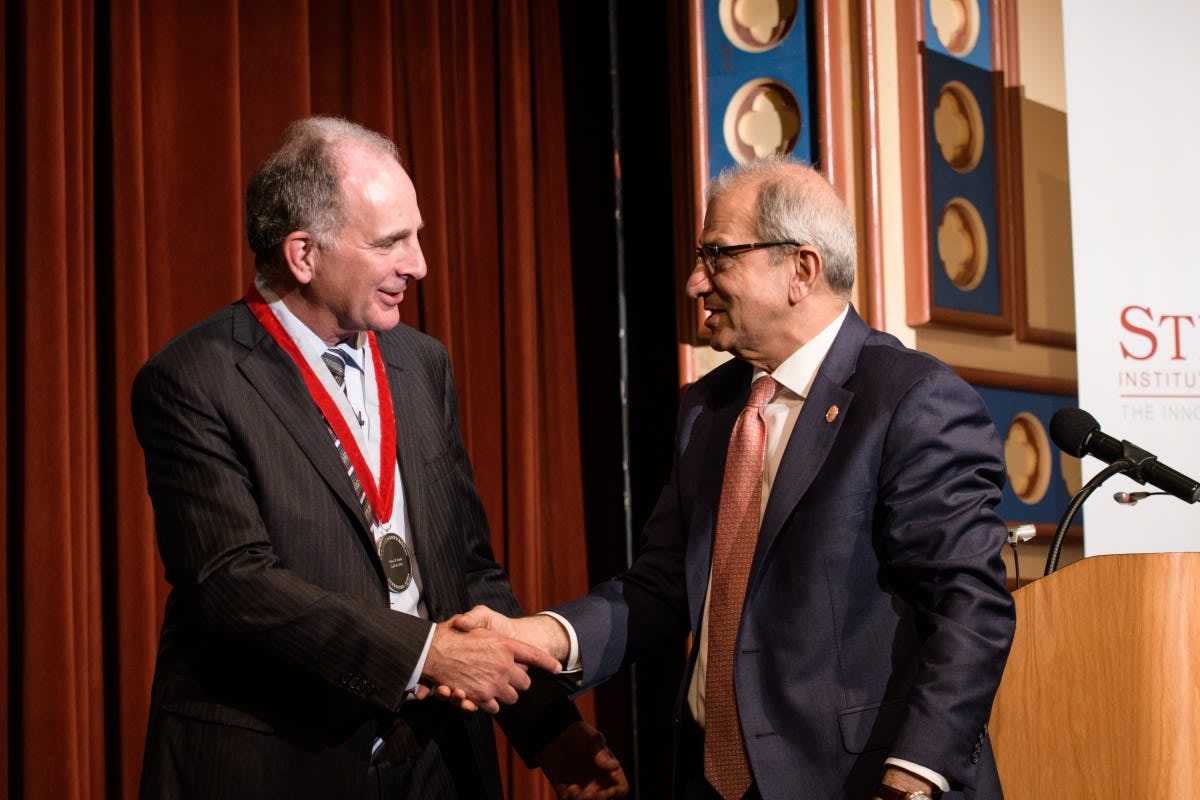 “We’ve improved our efficiency at drilling sites, in our refineries, and all across our petrochemical facilities,” March said.

He highlighted investments made toward developing affordable and effective techniques for capturing carbon at power generation and industrial facilities.

“Every study that models 2 degrees Celsius pathways incorporates large-scale carbon capture as a necessary strategy. Today [ExxonMobil] is an industry leader in carbon capture and storage. In fact, we are responsible today for about a quarter of the CO2 that is captured and sequestered around the world.”

Unfortunately, current technologies to capture carbon are complex processes that require a great deal of additional energy, he said.

“What if we could capture CO2 from electricity and industrial facilities and, in the process, produce more energy while capturing those CO2 emissions? That would really be transformative.”

Another area of ongoing investment at ExxonMobil that March detailed involves next-generation biodiesel fuels derived from sources like algae that could be used for transportation. But biodiesel fuels, while suitable for light vehicle transportation such as passenger vehicles, will not be able to replace entirely all the liquid fuels used in heavy duty transportation for decades to come, noted March.

In his closing remarks, March challenged the Stevens audience of students and faculty to apply their knowledge and expertise in joining the effort to find, produce and deliver reliable and affordable sources of energy that the world will need, all while producing significantly less emissions.

“It will take significant collaboration between industry, academia and others with valuable knowledge, valuable capabilities to develop the technological solutions to the issues we face today. The education and experience that the students in the audience are fortunate to receive [at Stevens] is vitally important to my company, ExxonMobil, and to our entire industry and the world.”

After a Q&A session March conducted with the audience, President Farvardin presented March with Stevens' President’s Medal in honor of March’s significant impact on society and his contributions to science and technology.

President Farvardin also announced a new scholarship: beginning in the fall, an incoming first-year student at Stevens will receive a scholarship in honor of March.