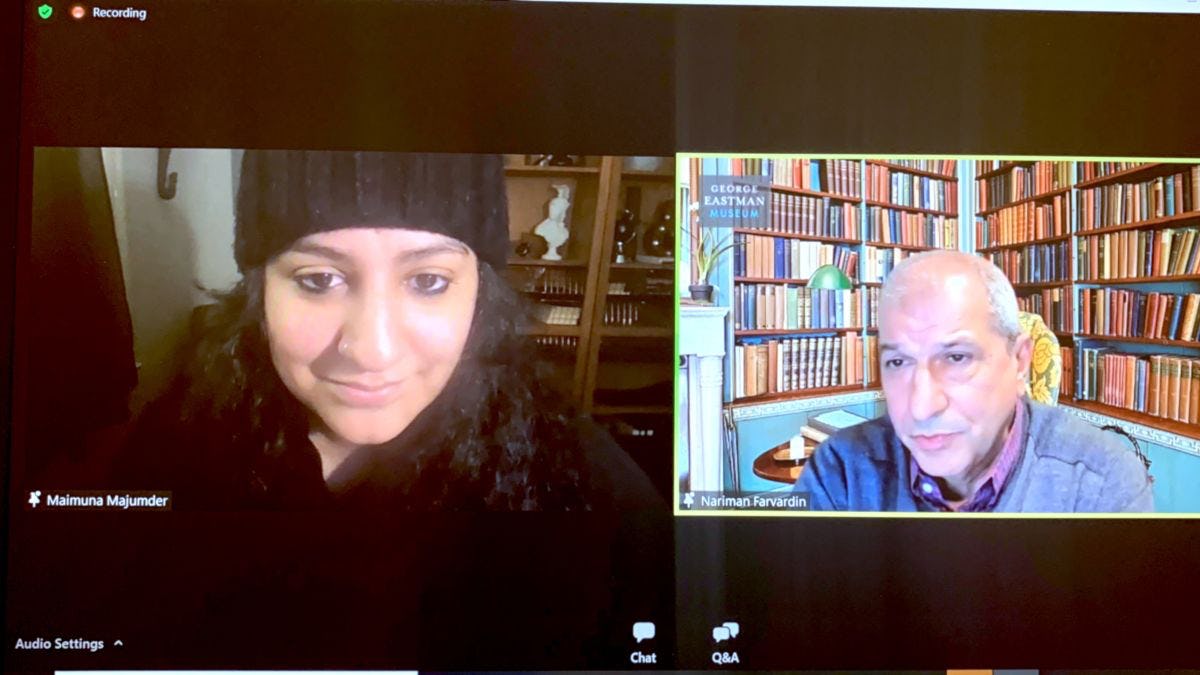 A leading expert on COVID-19 epidemiology joined Stevens Institute of Technology virtually in December to discuss modeling the pandemic, potential public health interventions, and the spread of misinformation as part of The President's Special Lectures Series on Pandemics.

Dr. Maimuna (Maia) Majumder, a computational epidemiologist in the Computational Health Informatics Program (CHIP) at Harvard Medical School and Boston Children’s Hospital, began by explaining how she was part of the team that published the first estimate of R0 ("R naught"), a measure of the rate and speed at which diseases reproduce and spread to others.

The group estimated that each new early case of COVID-19 in China was already creating two to three new cases by transmission: a troubling early indicator.

"As the epidemic in Hubei [Province] quickly turned into a global pandemic," she noted to the Stevens audience, "my group started to wonder just how different R0 was across locations and how the various non-pharmaceutical interventions that were implemented around the world would impact transmission in the months ahead."

To refine its calculations and predictions about the virus' contagiousness, Majumder's group took a more complex machine learning-based approach to the problem, one using agent-based modeling (ABM).

ABM techniques can be used to model infectious diseases by creating large numbers of simulated individual citizens, each assigned a set of predefined characteristics based on known data about a given local population's social norms, demographics, housing distributions, general health and other variables.

These methods require tremendous computing power, she noted, but "unlike simpler models they can lend important insights into more complex questions."

Majumder's group created the new models for three regions: the Wuhan area, where the virus originated; the Lombardy province of Italy, a particularly hard-hit early center of contagion; and New York City.

After making certain assumptions and running the models, the group discovered transmission was proceeding differently in the three locations — most rapidly in New York.

Next they modeled the potential impact of public health interventions being discussed or attempted, such as shelter-in-place orders. Interestingly, the team found, measures would make a difference in all three areas — but their effect on the transmission would vary considerably, depending  on the age groups involved in the measures as well as other local characteristics.

"The work suggests that partial population sheltering (rather than universal lockdowns), combined with physical distancing, by the remainder of the population may be a creative solution for reducing transmission in the months," explained Majumder, "but that recommendations regarding who should shelter have to be population specific."

"There isn't a one-size-fits-all solution."

More recently, her group has extended this machine learning work to a fourth location, India, and also begun factoring in local occupational characteristics and the rollout of vaccinations into newly updated models.

The team also began studying the speed at which early COVID-19 research efforts were progressing, and which areas needed to be developed more robustly. They used natural language processing (NLP) techniques to sift through tens of thousands of COVID-19 papers published between January and May 2020, finding that early research was dominated by studies of outbreak response, patients, and healthcare services.

Studies of the viral mechanism itself and the biomolecular processes involved in infection and transmission, however, were slower to develop. Even through last summer, clinical modeling and field-based investigations continued to outpace lab-based studies of the physical virus.

Majumder's group also examined gaps in the developing knowledge base about COVID-19, particularly those that could cause misinformation to proliferate.

"Because of the political context of the pandemic in the U.S., especially, Americans have been particularly vulnerable to misinformation pertaining to the pandemic," she noted.

Because of the political context of the pandemic in the U.S., especially, Americans have been particularly vulnerable to misinformation pertaining to the pandemic.
DR. MAIA MAJUMDER

The team analyzed streams of media content and search query data to investigate President Donald Trump's April 23 comments regarding the injection and consumption of disinfectants as potential COVID-19 therapeutics.

The group, Majumder said, was interested in three questions.

"How did President Trump's remarks impact the behavior of the general public with respect to interest in purchasing, injecting or drinking disinfectants?" she asked. "Second, how long did the impact of his remarks last? And, finally, was this misinformation event associated with population-level increases in adverse health effects such as poisonings?"

The results of the team's analysis, Majumder said, were "stunning."

Internet search queries focused on drinking and injecting disinfectants peaked immediately following the President's remarks, she explained — and, worryingly, searches for poison control services peaked the next day, a possible reflection of increased ingestion of the substances.

"Interest in these topics remained increased for an entire week following the misinformation event, suggesting that while most of the associated impact on population-level behaviors occurred soon after the event itself, the impact did not dissipate immediately," she noted.

The striking findings also suggest that analyses of search-query data can be used as early-warning systems for poison control centers or other health care services as future misinformation events are developing — a need that "could become increasingly dire as false cures for COVID-19 continue to be propagated," Majumder noted.

The group will further analyze this data, hoping to derive additional insights that might enhance local disease hotspot prediction.

Finally, Majumder closed, her team has also advanced several COVID-19 public health policy recommendations as a result of its work.

"First and foremost, science communication at multiple scales will be necessary to combat sources of misinformation, " she said, adding that a surveillance system for public health misinformation and early-warning systems should also be built using newly available data sources.

During question-and-answer periods with the Stevens viewing audience, Majumder touched upon additional COVID-19 topics including the suspected under-reporting of deaths caused by the pandemic and the importance of enhanced engineering technologies in the control of infection spread in buildings. 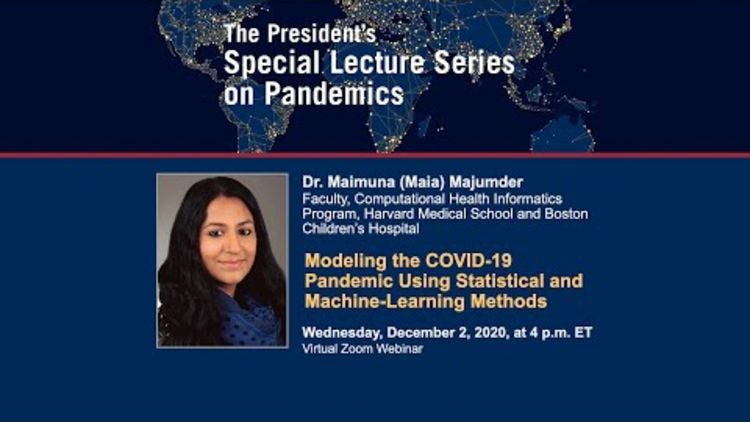