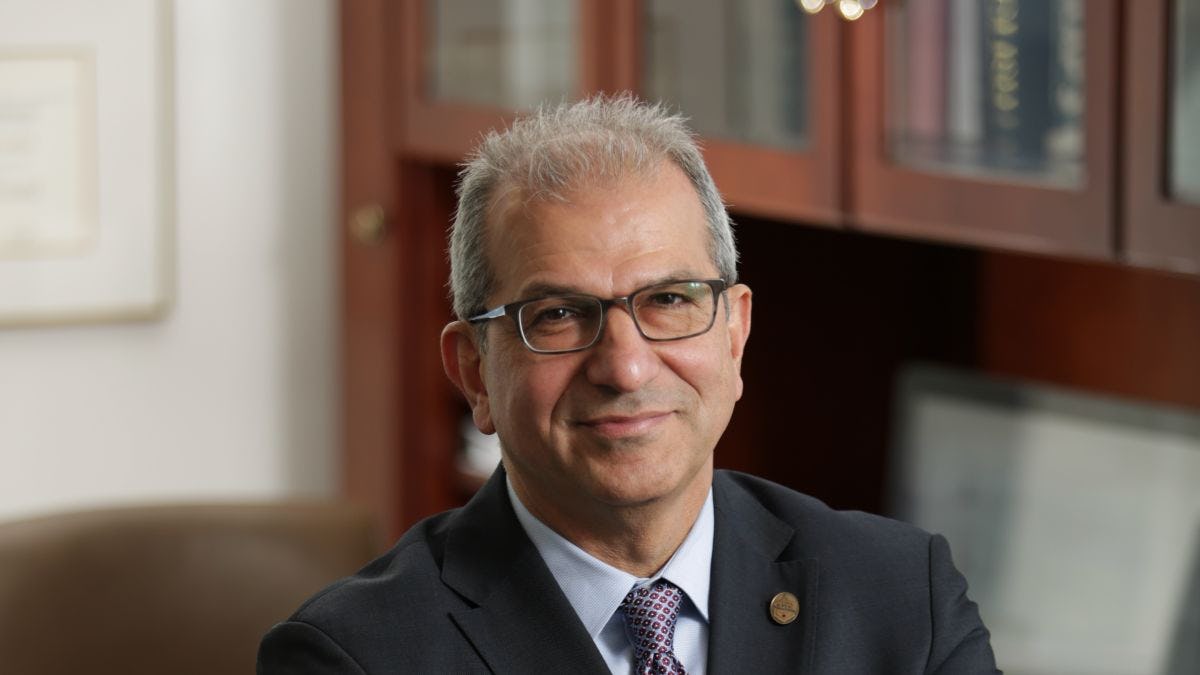 Following a rigorous nomination and review process, Stevens Institute of Technology President Nariman Farvardin was selected by Carnegie Corporation of New York to receive the 2017 Academic Leadership Award in recognition of exceptional leadership in higher education, the Corporation announced today. He is one of seven college and university presidents to be honored this year.

Established in 2005, the award reflects the conviction of Andrew Carnegie, the Corporation’s philanthropic founder, that education and knowledge are fundamental tools for strengthening democracy and creating a more vibrant civil society.

The award is granted biannually to a small number of select educators who “demonstrate vision and an outstanding commitment to excellence in undergraduate education, the liberal arts, equal opportunity, the development of major interdisciplinary programs, international engagement, and the promotion of strong ties between their institutions and their local communities.” The award includes a $500,000 grant to each honoree's institution. At Stevens, Dr. Farvardin will use the money to fund academic initiatives.

In honoring Dr. Farvardin, the Carnegie Corporation cited a number of institutional accomplishments, among them:

Dr. Farvardin has been the driving force for the development and implementation of an ambitious 10-year strategic plan, entitled, The Future. Ours to Create. During his tenure, the university has made significant progress on many of the goals and metrics identified in the plan, including a 28.4% increase in undergraduate enrollment a trend of stellar student outcomes and an incredible 19-point ascent in U.S. News & World Report’s Best Colleges ranking.

“Since Dr. Farvardin’s arrival a little over six years ago, Stevens has advanced on all fronts,” said Virginia P. Ruesterholz ’83, Chairman of the Board of Trustees. “We have become a first-choice university for talented students and faculty as we pursue our goal of being a premier, student-centric technological research university. Recognition of Dr. Farvardin as an outstanding leader casts a bright light on our university.”

“There are more than 4,000 colleges and universities in the United States, which play a fundamental role in educating the next generation of our workforce, leaders, and citizens. Our higher education institutions are central to the future of our nation,” said Vartan Gregorian, president of Carnegie Corporation of New York. “Andrew Carnegie believed in the importance of strong, dedicated, and effective higher education leaders. As custodians of Mr. Carnegie’s legacy, it is our honor to salute a new class of exemplary leaders, who join with another 20 past award recipients in representing some of the best of the American academy.”

About Stevens Institute of Technology Stevens Institute of Technology is a premier, private research university situated in Hoboken, New Jersey overlooking the Manhattan skyline. Since our founding in 1870, technological innovation has always been the hallmark and legacy of Stevens’ education and research. Within the university’s three schools and one college, 6,600 undergraduate and graduate students collaborate closely with faculty in an interdisciplinary, student-centric, entrepreneurial environment. A range of academic and research programming spanning business, computing, engineering, the arts and other fields actively advances the frontiers of science and leverages technology to confront our most pressing global challenges. The university is consistently ranked among the nation’s elite for return on tuition investment, career services and the mid-career salaries of alumni. Stevens is home to three national research centers of excellence as well as interdisciplinary research programs in artificial intelligence and cybersecurity; data science and information systems; complex systems and networks; financial systems and technologies; biomedical engineering, healthcare and life sciences; and resilience and sustainability. Stevens is currently in the midst of executing a 10-year strategic plan, The Future. Ours to Create., which is growing and transforming the university, further extending the Stevens legacy to create a forward-looking, far-reaching institution with global impact.