Standout Scholar Sought a Quant-Oriented Education. She Found It At Stevens. 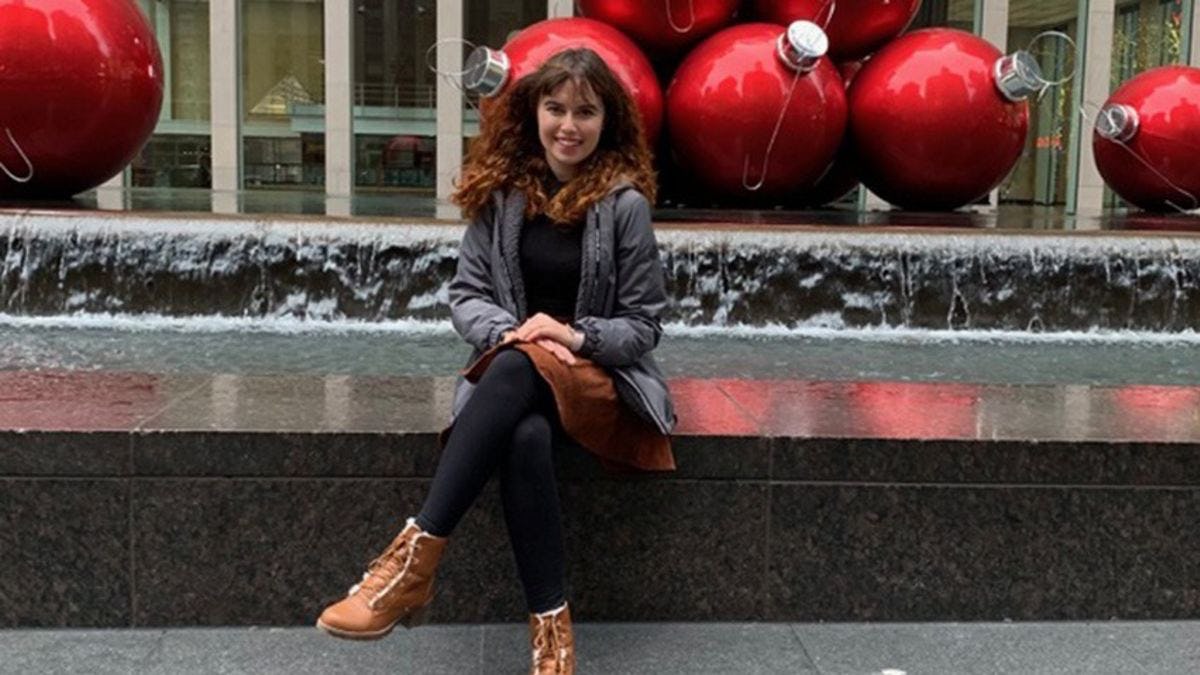 A California native, Eden Luvishis says she wouldn't have known about Stevens if she hadn't read about the School of Business in a Forbes article. But when she first stepped on campus, she had 'a feeling of being somewhere that I could call home.'

Student, a Leader on Campus, Has Thrived Since Arriving from California

For most students, the decision to attend Stevens Institute of Technology is closely tied to the first visit to campus, with the panoramic view of the New York City skyline unfolding before them as they drive up Ninth Street to Castle Point.

“My dad showed me the magazine, told me to look at this article about the quant school on the Hudson,” Luvishis, a San Francisco Bay Area native and Quantitative Finance student, said. “So I read about the QF program and also the Student Managed Investment Fund, which both sounded like such unique opportunities.”

'Somewhere that I could call home'

While she had plenty of admission offers to choose from, it’s hard to picture Luvishis anywhere else. She is president of Stevens Women in Business, is head of SMIF’s quant division, serves in student government, plays in the university’s jazz band and gives piano lessons in Hoboken, among other activities. She is also the recipient of a Neupauer scholarship, Stevens’ most prestigious academic honor — an incredible achievement for a first generation American and eldest daughter of two Russian immigrants.

“When I stepped foot on campus, something just clicked for me — a feeling of being somewhere that I could call home,” she said. “That was so important to me as I was moving so far away to go to college. And I’m happy to say my Stevens experience has gone beyond my expectations.”

In high school, Luvishis thought she’d study mathematics or computer science, but the Quantitative Finance program — a blend of those disciplines, plus business and finance — caught her attention; in fact, she got a Wall Street Journal subscription well before enrolling at Stevens.

Even though she was a top student, she was challenged almost immediately with a probability class, taught by Dr. Thomas Lonon — discouraging, she said, because “math was the one thing I knew I could do inside out.”

Through the guidance and support of Dr. Lonon, however, she was able to excel. 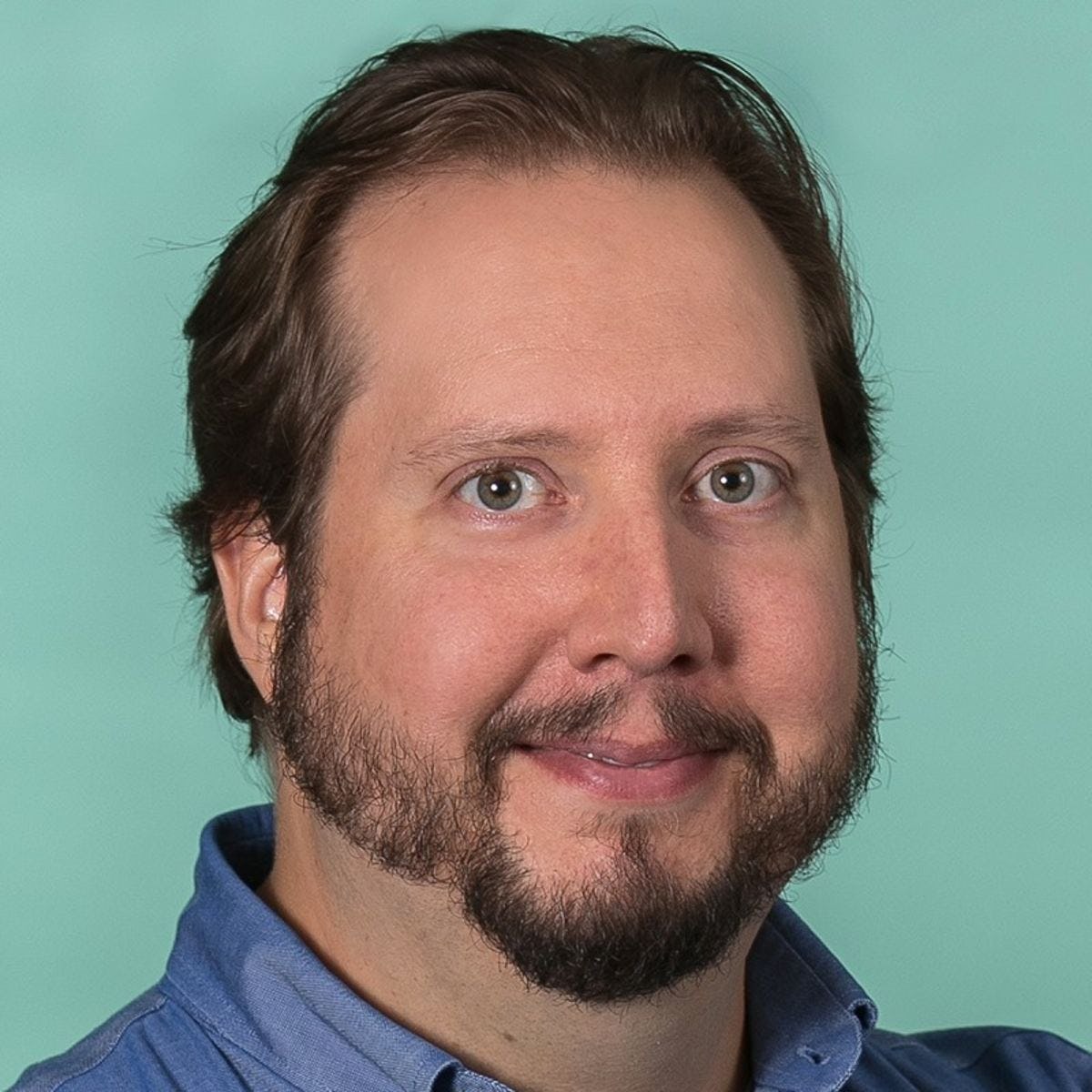 “That class taught me that sometimes I will be presented with something new, and even when it looks like it should come naturally to me, that isn’t always the case,” she said. “But I was glad to go through that experience with Professor Lonon. Every time we speak, I feel like he's both supporting and challenging me — whether that’s discussing an internship opportunity or a project that I’m interested in working on.”

Prof. Lonon has been working with Luvishis on a research project in collaboration with colleagues at Seton Hall University, part of an agreement between the two schools, and hopes to work with her again on future research assignments.

“Something I always prize in a student is if you don’t understand something, you speak up,” Dr. Lonon said. “It shows a strength of character, in that you’re not afraid to admit when you need help. Probability scares people because it’s an entirely different way to think about problems. That, more than the math, is what gets people. Eden was not afraid to ask for help, and that’s why she’s at the level she is and it’s why she’s one of our best students.”

An area where Luvishis has really stood out is SMIF. In this two-semester course, students work as analysts, risk advisors, quants and, ultimately, leaders responsible for managing a portion of the university’s endowment. After working as an analyst in her first semester, Luvishis now leads the fund’s quantitative investment solutions team. 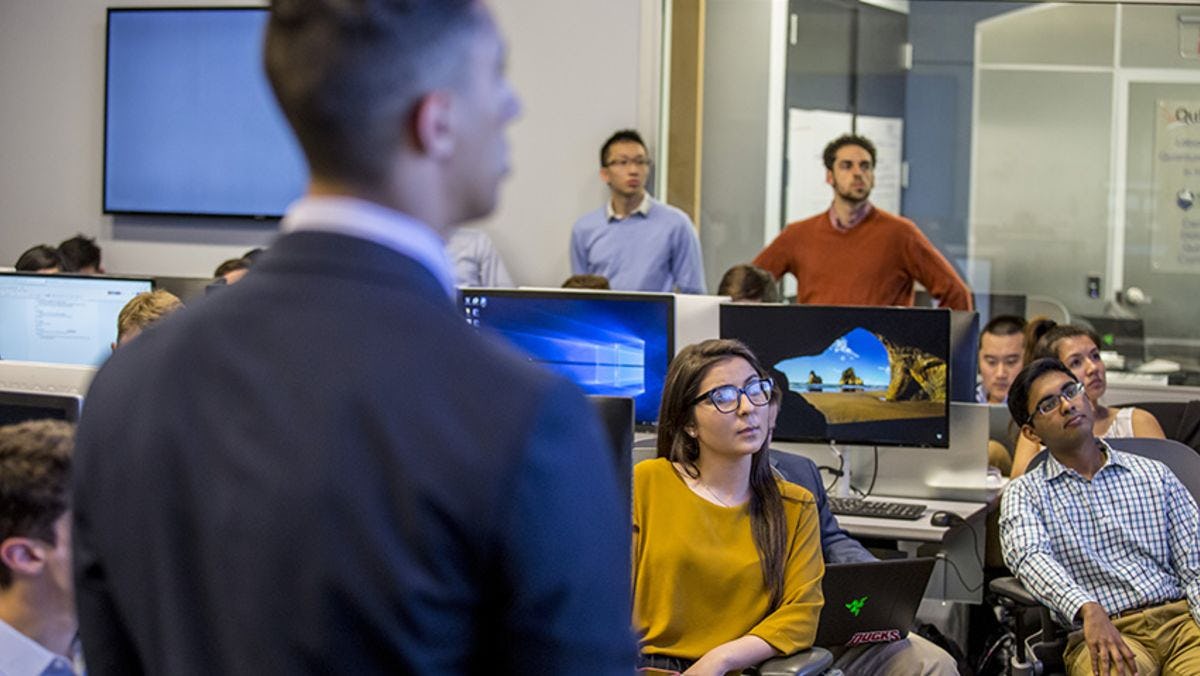 A student leads his classmates through a pitch presentation in SMIF. The chance to join the student-managed fund was a key reason Eden Luvishis enrolled at Stevens.

Getting into the fund is a competitive process — it’s a class you must apply to enroll in — and applicants undergo thorough technical and behavioral interviews as part of the process. To get in as a rising sophomore is no small feat.

“SMIF was one of the first things I associated with Stevens, and becoming a part of it was not only exciting, but also fulfilling one of my college goals,” she said.

It’s also been great preparation for her as she gets ready for her summer internship with Virtu Financial, in which she’ll work in quantitative trading and research; she already completed another internship, with Instinet, last semester. The Stevens emphasis on thinking critically about technology is something Luvishis uses in SMIF and beyond.

Learning how to present and tell a story with these technical skills is exactly what I'm getting out of my Stevens education.
Eden Luvishis '23

“A big thing for me, as a professional and a leader, is taking the code we write and telling a story with it — whether that’s to our advisor, the Stevens Board of Advisors or just our counterparts on the equity side,” she said. “I definitely want to be in a more quantitative role after I graduate, so I’ll need finance, probability and logic, mathematical theory, and strong computer science skills. Learning how to present and tell a story with these technical skills is exactly what I’m getting out of my Stevens education.”

Then there’s the piano, which has been a part of her life since Luvishis was 5 years old. She started teaching in high school, and today uses is as an opportunity to do something very different from her day-to-day.

“Teaching piano was a case of taking something I was good at and sharing it with someone else,” Luvishis said. “But it isn’t like teaching math — when someone needs to be tutored in math, they’re already struggling with it and they’re not excited to learn it. With the piano, kids are excited to learn it even if they’re only there because their parents want them to have lessons.”

Like so many other things, piano lessons have been harder to work out in a time of social distancing. That’s true at school, as well, but Luvishis wouldn’t trade her experience for anything, and eagerly awaits returning to campus after finishing her internship.

“There are so many opportunities for Stevens students to find their niche — both in terms of a career and network,” she said. “For being such a small school, it always surprises me how much diversity of thought we have.”