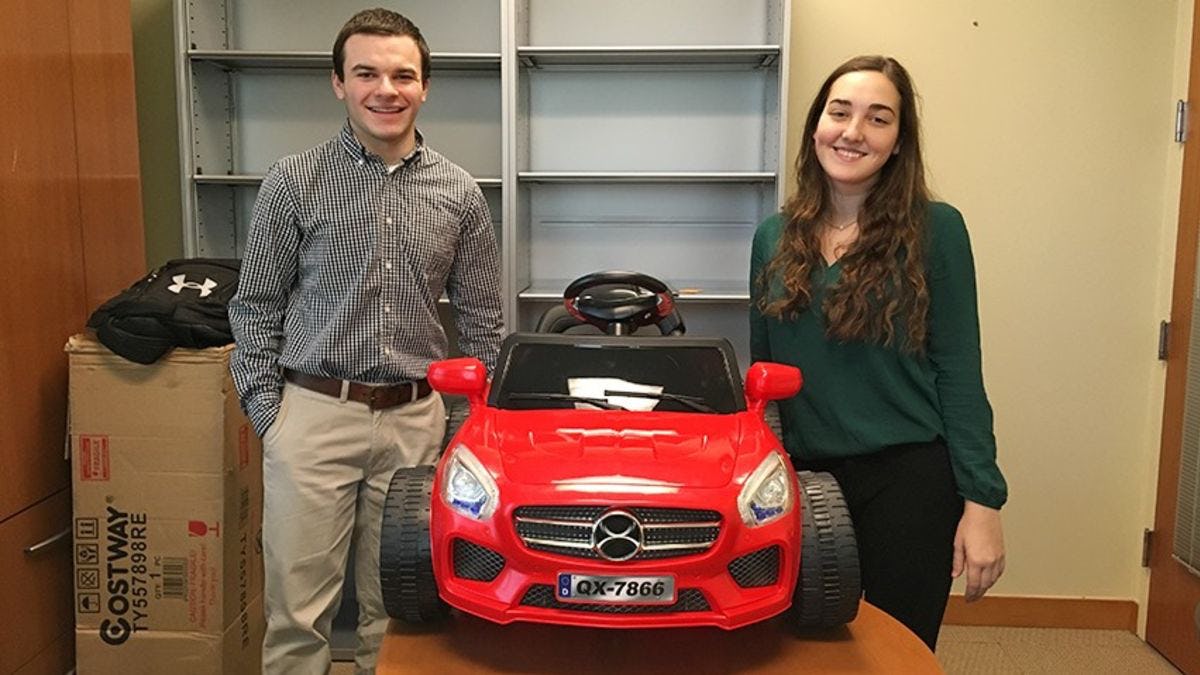 Conor Daly, left, and Lexi Pickell with one of the cars they rewired for P.G. Chambers School. 'It was very gratifying to work with the therapists on such a meaningful project,' Pickell says.

Lexi Pickell and Conor Daly both say they can remember riding around in battery-powered toy cars as children.

Now, as business students at Stevens Institute of Technology, they’re discovering those cars all over again — but instead of being behind the wheel, they’re under the hood.

Pickell, a rising senior, and Daly, who will be a junior in the fall, completed an internship with P.G. Chambers School, an approved private school for students with disabilities. They rewired a half-dozen battery-powered cars so that very young students at P.G. Chambers School who are not walking independently, and cannot operate wheelchairs, are able to get around.

P.G. Chambers School became interested in this work — built on the University of Delaware’s GoBabyGo program — at a conference in Nashville, where Maria Smith, director of physical therapy, worked with therapists and electrical engineers to modify a car for a 2-year-old boy. The experience immediately got Smith, thinking about how the approach might work at the school, which had recently won an Innovations in Special Education award from the New Jersey School Boards Association and special education advocacy group ASAH in recognition for its work on assistive technology in education. 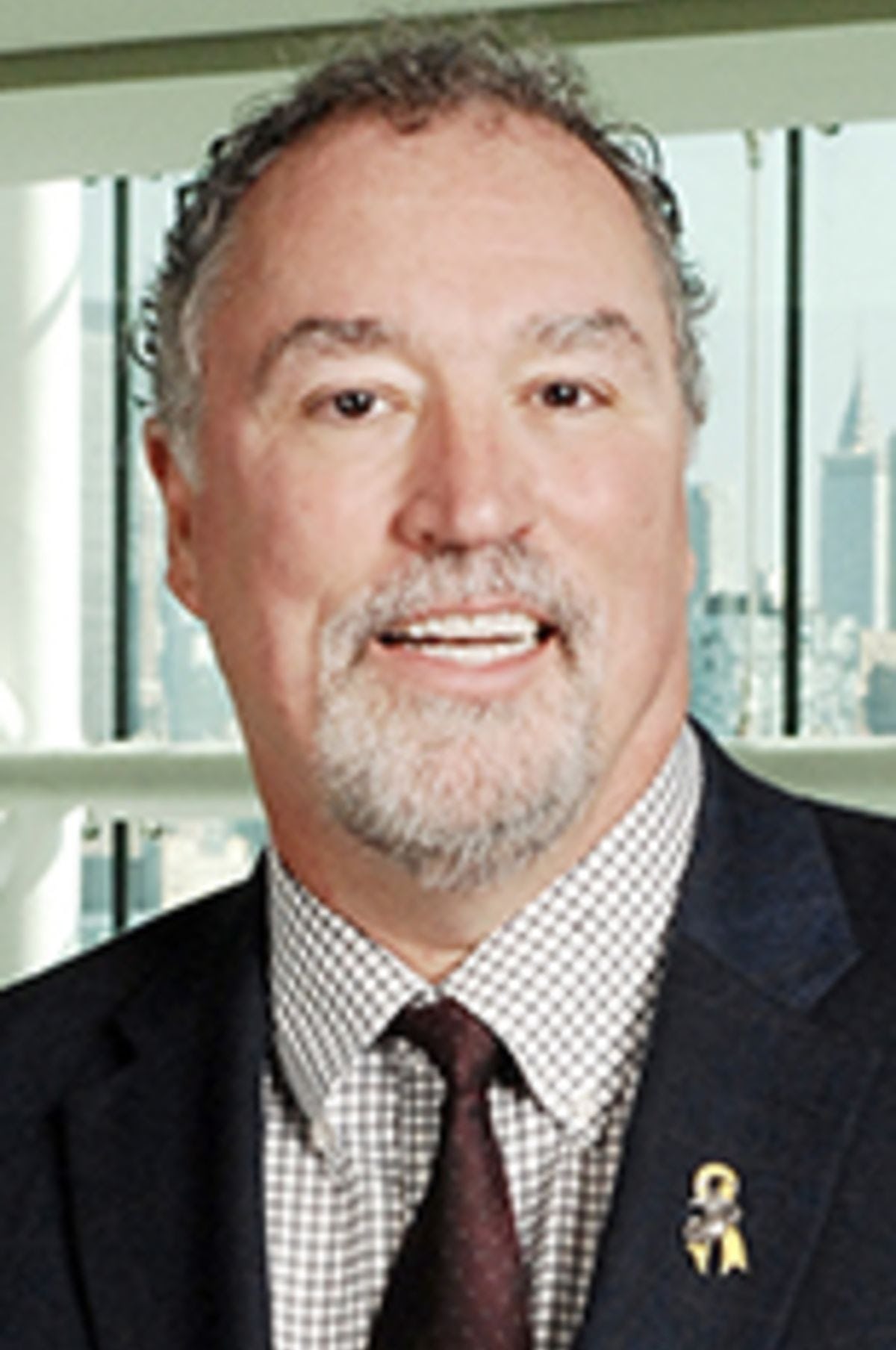 Smith and Susan Seamans, executive director of P.G. Chambers School, turned to Dr. Don Lombardi, an industry associate professor at the Stevens School of Business, for insights on how to create Impower, a local version of the program. P.G. Chambers School and Dr. Lombardi have a relationship going back a decade, covering everything from leadership to social media strategy.

Classes at Stevens encourage you to embrace outrageous ideas. There's a big focus on challenging yourself and being innovative.
Conor Daly '20

“The value of Stevens as a partner is its excitement in helping each of our students reach his or her full potential,” Smith said. “Dr. Lombardi and his interns share it with a passion. We had an idea, we needed help beyond our expertise — and they jumped in with great enthusiasm and energy.”

At Stevens, business students receive a valuable combination of management and technology skills that makes them ideally suited to solve thoughtful challenges, like rewiring a car so it can stimulate the development of toddlers with disabilities.

“The team at P.G. Chambers explained that the children who use these cars have more opportunities to explore their environment and play with their friends, since moving in the toy cars put them at eye level with their peers,” said Pickell, a sister in Delta Phi Epsilon who’s also a member of StevensTHON, a dance competition benefiting Children’s Specialized Hospital.

Both Pickell and Daly are New Jersey natives studying Business & Technology at Stevens. Pickell, a technically inclined student who enrolled as a Computer Science major before switching to business, rewired the cars to help children operate them at the push of a button; she also secured donations of new cars for the project. Daly won a scholarship from the Stevens Center for Healthcare Innovation for his contribution — a manual to help parents, teachers and therapists train toddlers to operate the cars safely.

The project validated Pickell’s decision to switch to the business school.

“I’ve been able to keep my concentration in Computer Science, for that tech background, but I’ve also developed important skills in project management, marketing and leadership that challenge me in new ways,” she said.

Those skills were put to work in creative ways on the Impower project, Daly said.

“Classes at Stevens encourage you to embrace outrageous ideas,” he said. “There’s a big focus on challenging yourself and being innovative and not being afraid to try things that might seem impossible, like improving these cars so a 1-year-old could drive them.” 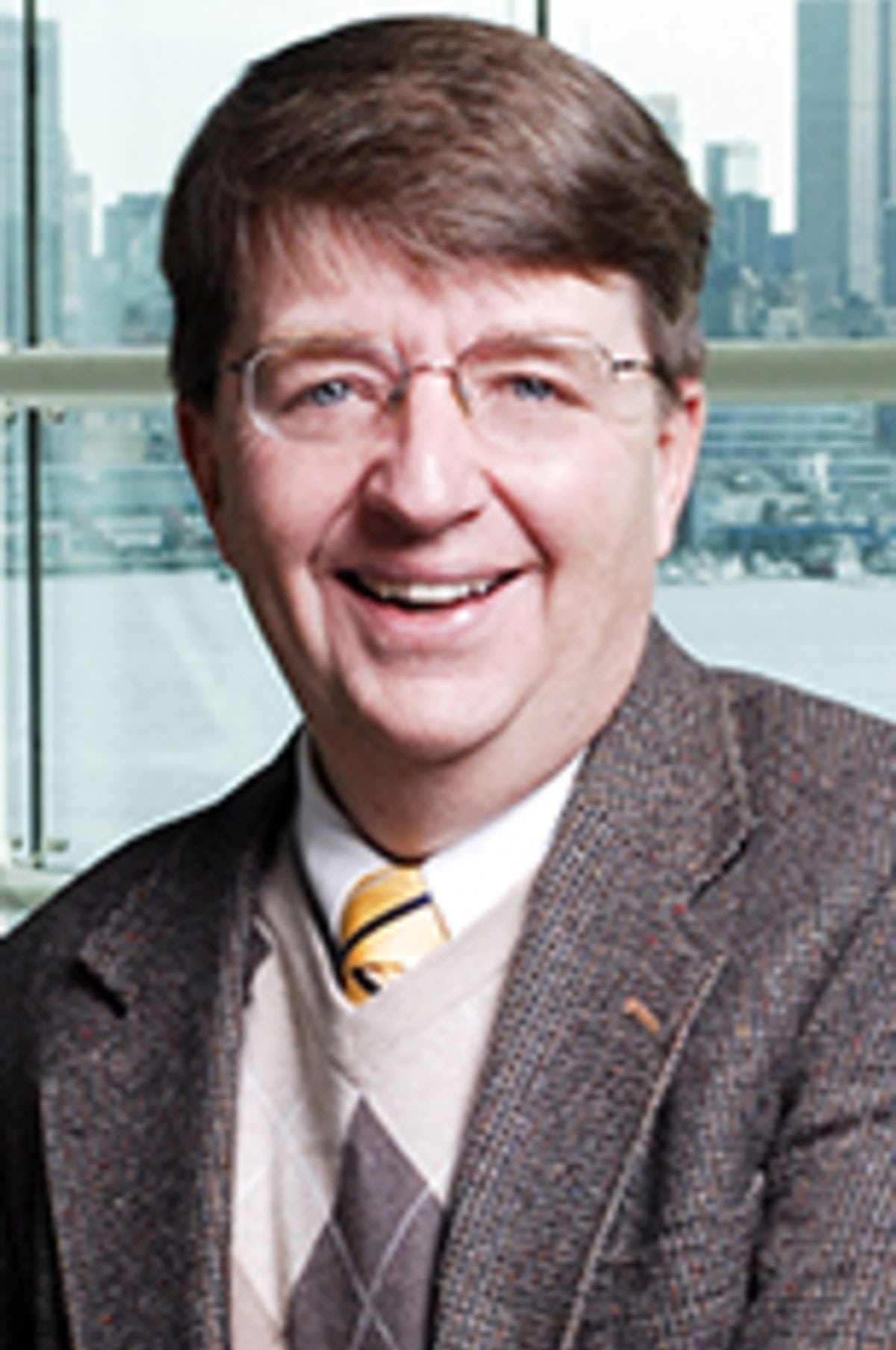 The students in particular mentioned Dr. Kevin Ryan’s Applied Models and Simulations Class, which helped them keep a complicated project on track.

“He always told us, there’s not just one way to do something,” Pickell said. “With the cars, we were trying to figure out different ways to accommodate different kids, and his lessons of having to think outside the box were important as we got started.”

A highlight for the students was getting to see their work in action on a site visit to P.G. Chambers. Pickell described watching a 3-year-old get his first session with a car, which involved some trial and error for both its driver and the physical therapist.

“I actually saw it start to work, and you could see the kid figure it out, when he took his hand off the button, he was confused as to why the car stopped, but the therapist worked with him to help him figure it out,” Pickell said. “It was very gratifying to work with the therapists on such a meaningful project.”